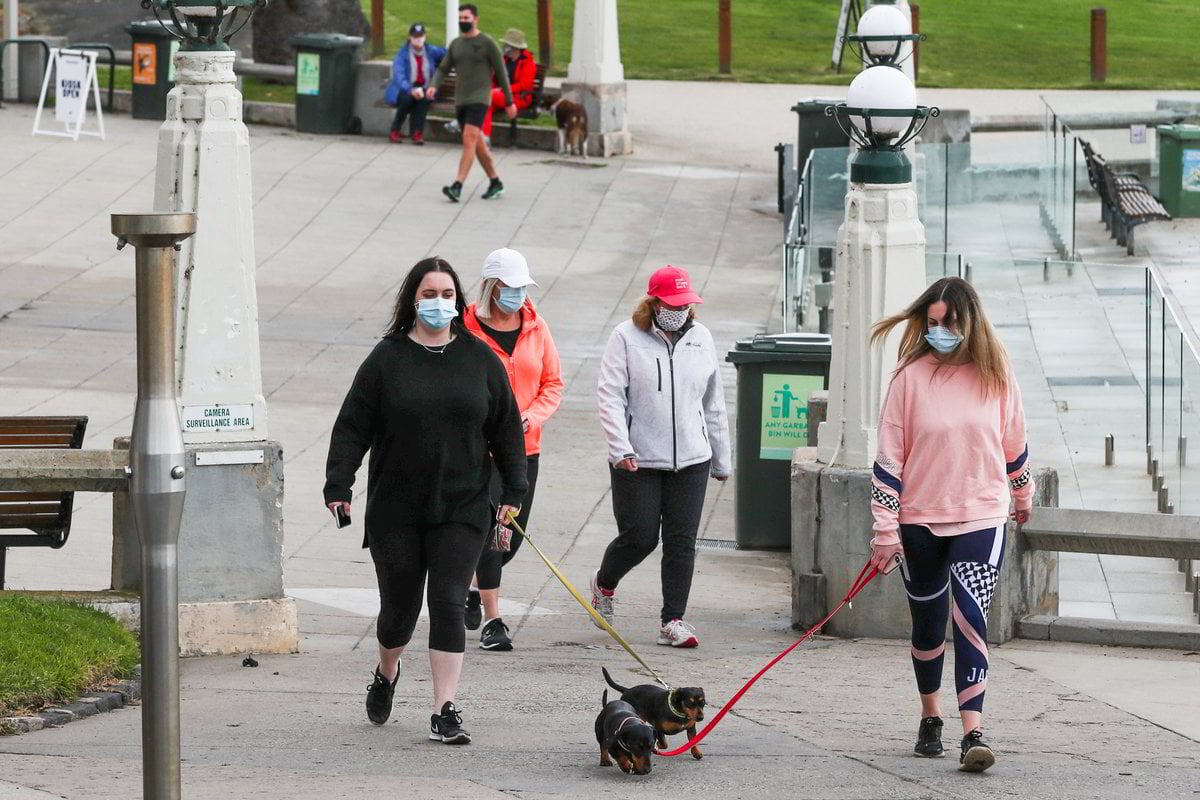 Victoria is showing promising signs the worst of their COVID-19 second wave has passed, but authorities warn a drop in deaths is likely just a blip.

On Sunday, Victoria recorded 279 new cases of COVID-19 and 16 deaths in the past 24 hours, their second-lowest daily tally this month after Thursday's 278.

#Covid19VicData for 16 August 2020.
279 new cases of #coronavirus (#COVID19) detected in Victoria in the last 24 hours. We are sad to report there have been 16 deaths.
More detail will be provided this afternoon. pic.twitter.com/a3AAzEdxhl

On Saturday, the state recorded four deaths and 303 new cases on Saturday.

Case numbers are gradually decreasing, with the seven-day average down to 344 from 521 the week prior.

But authorities say more progress is needed before stage four and three lockdown restrictions can be eased for Melbourne and regional Victoria.

"The signs are encouraging but it is not over," Premier Daniel Andrews told reporters on Saturday.

"There is a long way to go and the only thing that wins if we get fatigue, if we were in any sense to give up ... is the coronavirus."

Over the weekend, there were some reports criticising Melburnians for failing to physical distance when in public, with photos emerging online of crowds of people.

However other photos do show largely empty streets.

👏 Well done Melbourne, it’s scenes like this that save lives. 👏

Chief health officer Brett Sutton said Victorians should be filled with hope that restrictions are working but reiterated that there was no room for complacency.

In the past week alone, 101 Victorians have died from COVID-19.

There remains 661 people in hospital in the state and 41 in intensive care, 28 of them on a ventilator.

The majority in hospital are from aged care settings, Mr Sutton confirmed.

Federal Health Minister Greg Hunt says he is cautiously optimistic that a vaccine to conquer the coronavirus will be available next year.

Mr Hunt says the government is close to striking a deal which would permit the production of a vaccine in Australia, but was unable to provide the names of the companies involved due to contractual reasons.

"We are in advanced negotiations with a range of different companies with regards to a vaccine," Mr Hunt told Sky News' Sunday Agenda.

"I am now on the basis of our best advice genuinely more optimistic, I think the work is moving closer to a vaccine.'

He said very significant progress is being made around the world to produce a vaccine.

"All our advice has been 2021 is the most likely anything that occur," he said.

"Before then, then that would be an outstanding result, not just for Australia but for the world."

Russia's COVID-19 vaccine is first to go into production.

Russia is the first country to start the production process for a COVID-19 vaccine, according to Interfax news agency.

Some scientists say they fear that Moscow is possibly putting national prestige before safety amid the global race to develop a vaccine against the deadly disease.

Russia has said the vaccine, the first for the coronavirus to go into production, will be rolled out by the end of this month.

Its approval comes before trials that would normally involve thousands of participants, commonly known as Phase III.

Such trials are usually considered essential precursors for a vaccine to secure regulatory approval.

The vaccine has been named Sputnik V in homage to the world's first satellite launched by the Soviet Union.

President Vladimir Putin has assured the public that it is safe, adding that one of his daughters had taken it as a volunteer and felt good afterwards.

Moscow's Gamaleya Institute, which developed the vaccine, said previously Russia would be producing about five million doses a month by December-January, Interfax said on Saturday.

France has reported over 3000 new coronavirus infections over the past 24 hours, marking a post-lockdown high for the fourth day in a row as the country grapples with a rebound in cases.

The latest count took France's cumulative cases to 215,521, the health ministry said in a website update on Saturday, adding that 252 clusters were being investigated, 17 more than 24 hours earlier.

This week's upswing has taken the seven-day moving average of new infections above the 2,000 threshold for the first time since April 20, when France was in the middle of one of Europe's strictest lockdowns.

The resurgence prompted Britain to impose a 14-day quarantine for people arriving from France, fuelling a rush by British travellers to return home before an early Saturday deadline.

A relatively high incidence in Paris also led the authorities to expand zones in the capital where wearing a mask is mandatory outdoors.

But doctors are increasingly calling for masks to be required in the workplace as they see people mingling in confined spaces as a bigger risk factor.