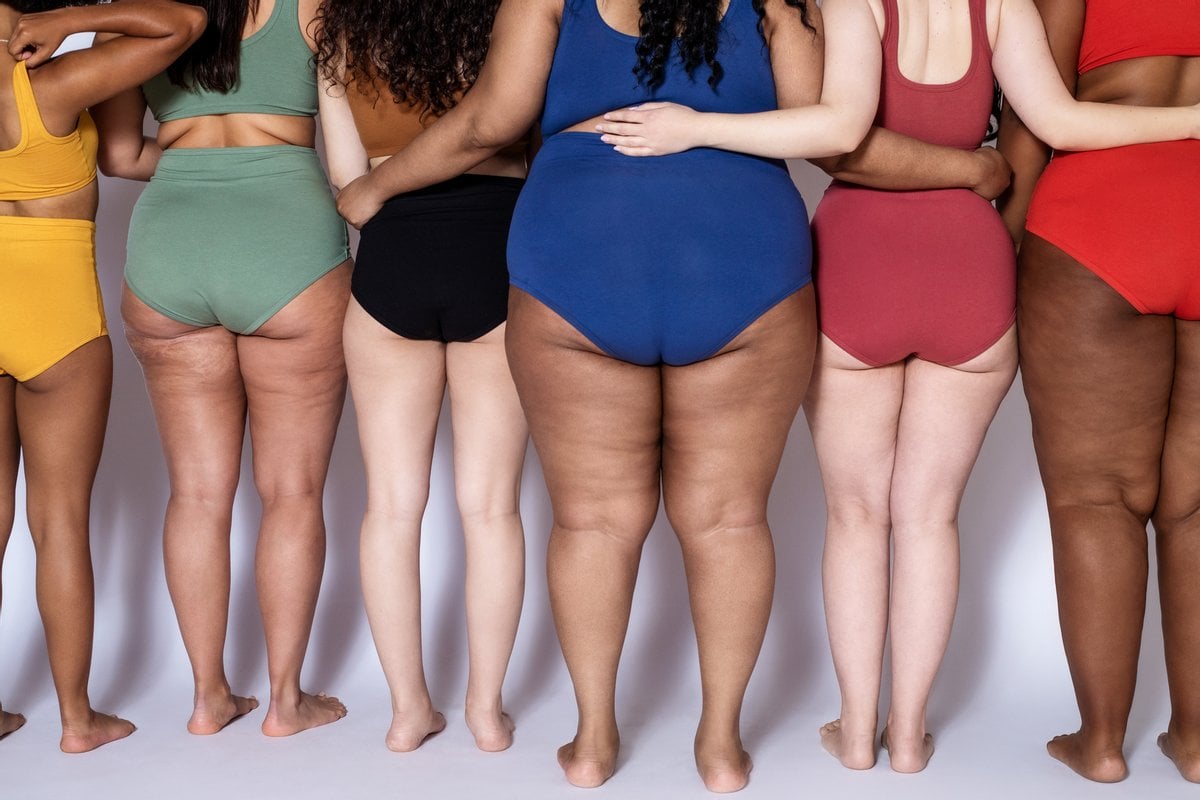 I met Kiera in 2018 on a trip with The Hunger Project. On a bus in rural Uganda, we spoke about her work as a psychologist with people in bigger and smaller bodies.

I felt my perspective being stretched as she spoke. At the time, I could only wrap my head around listening to and digesting it. Almost two years and a fair bit of reflection later, I want to be part of the discussion by calling us in (not out) about our subconscious fatphobia and internalisation of diet-culture.

Last week was Weight Stigma Awareness Week, so this is a topical chat to have.

A sharp spike in enquiries has Kiera under the pump so we spoke on her morning commute.

"A busy week used to be 15 new enquiries… we’re now getting more than that in a day. It is really overwhelming and sad to be getting that number. The mental health of the nation is pretty affected at the moment. Specifically for our clients with eating disorders, a lot of their coping mechanisms and reasons for recovery have been taken away and that has evoked stress and anxiety".

On top of the direct implications of COVID-19, I’m consistently seeing messages from people I know or follow which scream diet culture. These comments - about ‘corona calories’ or not being able to fit into work clothes after lockdown - are often meant to be light but where they stem from feels dark.

There are also the ‘iso’ diets and workouts which compel people to emerge from this GLOBAL FKN PANDEMIC in their ‘best shape’ (Jameela Jamil has spoken to this beautifully). A friend whose body has not visibly changed this year said to me recently that they are "trying to be 'good', working out each day and eating all healthy food and no 'treats' because they’ve gotten ‘massive’ during lockdown".

I'm talking about an attitude of deprivation that has been normalised by these aspirations and vice versa. It is an attitude that is fueled by a fear and that fear arises out of an internalised stigma.

A fatphobia definition, albeit overly simplistic, is that it is a fear of being fat. If what we fear is someone else's reality, can we understand how this reaction is extremely harmful? To be clear, it is a reaction that further isolates and overtly denigrates those in bigger bodies because it says that we fear being what they are.

The pace of 2020 has allowed me to slow down and truly see the pervasive impact of diet culture and body dissatisfaction.

The conversations I’m having offline and online indicate how challenging it is for so many of us to see people in bigger bodies being promoted.

This is the fear and internalised stigma I'm talking about that is so harmful to those in bigger bodies. If it is challenging us and our deeply ingrained beliefs, then it is a hard but necessary step.

“Health isn’t a body size. We can’t tell how healthy or unhealthy someone is by looking at them. Often, when challenged, people defend their stance by saying ‘as taxpayers we have a right to question the burden on our health system’. The fact that people choose to focus on the impact of bigger bodies while overlooking other life choices or variables which might cause increased use of medical services (ie those doing extreme sports) is evidence of nothing more than weight stigma”.

So, is it just me who feels like this is not really about health?

Nothing is ever black and white and all human issues are far too nuanced to simplify.

However, indulge me in challenging us and clarifying what the general sentiment really feels like with the following assertion: you’re not concerned about the taxes you’re paying to potentially support someone who may end up requiring medical attention for possible health issues.

You are concerned that they are fat. If your concern was the former, then you’d be up in arms about all the other choices people make which result in burdening the healthcare system. And are you?

Kiera also helpfully clarified that "health is not a moral obligation. We don’t owe it to anyone to be healthy".

I truly have only come to terms with this recently. After examining my internalised fatphobia, I realised that I had this idea that we needed to positively empower people in bigger bodies to lose weight.

It is our legitimate decision to make healthy lifestyle choices that make us feel like our best, strongest and most vibrant selves. But it is ignorant to assume and expect that others want to do the same without knowing their story.

When I raise body acceptance and body diversity with people, I often get explicitly or implicitly told that I’m promoting unhealthiness.

They might say something like, "so you’re saying people can just eat what they want and not exercise when we know what science says about the correlation between weight and health?" (side note – which falsely assumes that we know how people eat and exercise based off their appearance) and I'm like "no…did I just say that? I thought I said that all bodies deserve to be accepted as they are."

Kiera suggested that my answer to that question should actually be "yes. It is their body, their life and their choice. They can feed and move their body however they choose to."

We don't know if someone is unhealthy by looking at them and even if we did, nobody owes us their health.

I have no health qualifications. I am not trying to promote health behaviours. I'm simply trying to make us aware of fatphobia and to promote bodies of all sizes as equal. Kiera is on my page.

"What we are promoting is inclusion, diversity, and body autonomy. Promoting weight loss and the thin ideal for decades has done nothing to improve the physical or mental health of our nation. In fact, it has been associated with quite the opposite. The rates of body dissatisfaction, disordered eating, and their subsequent mental and physical health conditions are at an all time high and occurring in ages younger than ever previously recorded. What’s more, shaming people about their weight, reduces (not increases) the health and treatment-seeking behaviours that are necessary to improve health.

If we embrace diversity and make living in a bigger body okay, the result would be that people in bigger bodies who can’t change their body weight start to feel better about themselves. We know that when we feel better about ourselves, we are more likely to engage in healthy behaviours and more likely to seek the medical support we may need. There is nothing to be lost and everything to be gained from promoting diversity of bodies and inclusion of people with bodies of all sizes."

"There is nothing to be lost and everything to be gained from promoting diversity of bodies and inclusion of people with bodies of all sizes."

Georgie is passionate about exploring our relationship with food, our bodies and ourselves and how these relationships impact everything else. She studied and worked in journalism and now works as a commercial lawyer. She loves running, salt water, books, fresh flowers, sipping margaritas with friends and her work with The Hunger Project. For more from Georgie, follow her on Instagram.

Reply
Upvote
@daijobou that's the thing, isn't it, fitness and thinness aren't the same thing at all, but they always seem to be presented that way.
M
mamamia-user-100932148 2 years ago