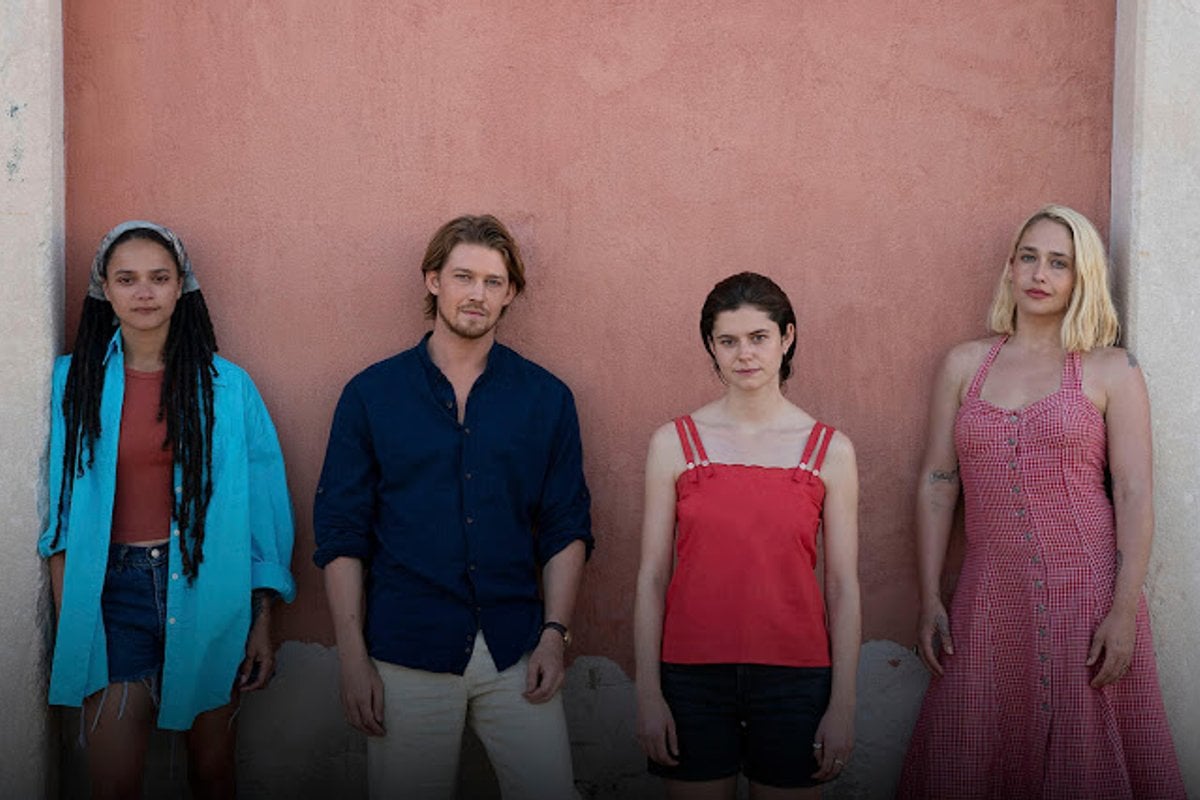 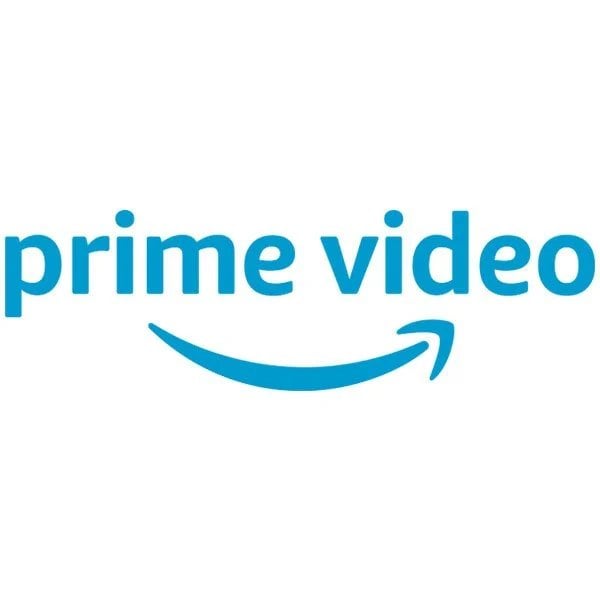 At the moment, there's no TV show blowing up your group chats quite like Conversations with Friends on Prime Video.

The new book to TV adaption follows a young Irish student and writer named Frances (Alison Oliver), who has a chance meeting with a glamorous and artistic husband and wife duo named Nick (Joe Alwyn) and Melissa (Jemima Kirke) while performing with her ex-girlfriend, now closest confidant, Bobbi (Sasha Lane) at a local bar.

The shy Frances and handsome actor Nick have immediate sizzling chemistry, leading them to start an emotionally-charged secret affair while famed writer Melissa and the confident Bobbi begin to form their own close bond.

Here's everything you need to know about the creative forces behind Conversations with Friends and why you should watch it.

The book Conversations with Friends struck a chord with readers from the very beginning.

Irish author and screenwriter Sally Rooney wrote Conversations with Friends, her first novel, while she was still working on her master's degree in American literature.

The book was so well received that it became the subject of a seven-party auction for the publishing rights and the novel was then sold immediately in 12 countries.

After being released in 2017, the book was nominated for a number of prestigious literary awards including the Dylan Thomas Prize and the Rathbones Folio Prize. Sally Rooney has since published two other critically acclaimed novels, Normal People and Beautiful World, Where Are You.

Watch the trailer for Prime Video's Conversations with Friends. Post continues below.

If you loved Normal People, you'll love Conversations with Friends.

The series has been adapted by the same creative team who brought Sally Rooney's book Normal People to life on the small screen while also making stars out of its lead actors Daisy Edgar-Jones and Paul Mescal. Normal People's Lenny Abrahamson and writer Alice Birch have collaborated once again to bring Conversations with Friends to Prime Video, with their own creative twists.

It should also be noted that, while the series shares a creative team with Normal People, it still stands on its own feet as a must-watch series with a whole new approach to storytelling. 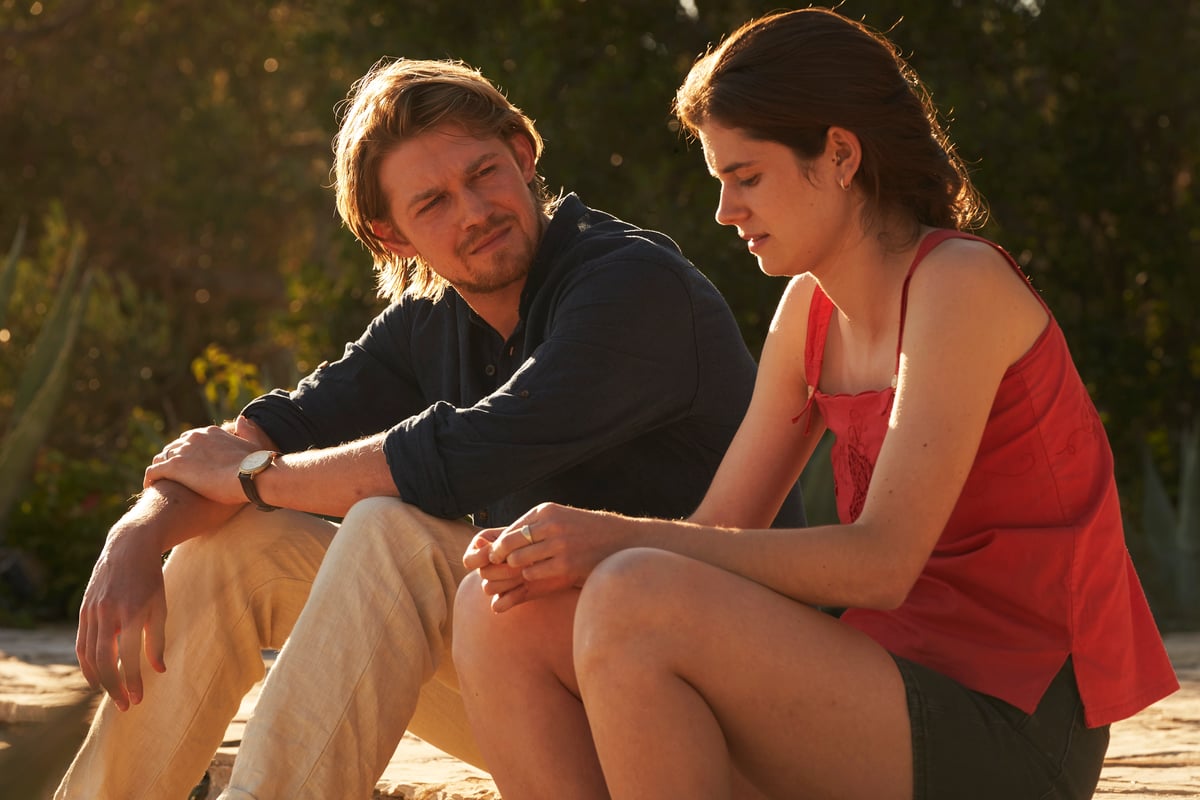 It's hard to believe, but the series is leading lady Alison Oliver’s very first acting role.

Alison Oliver perfectly embodies the central Conversations with Friends character of Frances, a shy college student living in Dublin, with a distant relationship from her parents and who is still tied to her high school sweetheart turned best friend Bobbi.

She had just graduated from the prestigious Lir National Academy of Dramatic Art in Dublin when she heard about the coveted role of Frances in Conversations With Friends, and having previously fallen in love with the book, knew immediately that she wanted the role to be hers.

After a well-received chemistry test with Joe Alwyn, the two actors formed a bond over Zoom before they started filming in order to bring the character's true relationship to the screen in an honest way.

The cast of Conversations with Friends is packed with well-loved faces.

Conversations with Friends is a story hooked on friendship, love, and human connection, so it needed a very specific and talented cast of performers to do justice to Sally Rooney's well-crafted characters.

Sasha Lane perfectly portrays the outgoing Bobbi, who quickly strikes up a conversation with famed writer Melissa when they meet at the poetry event and she is instantly the focus of every social gathering they attend as the four characters form closer and more complicated bonds.

Prior to landing the role of Bobbi, Sasha Lane had already cemented herself as a performer to watch. Her star-making turn came as Hunter C-20 in the Marvel series Loki, while she is also known for roles in American Honey, Hellboy, After Everything, The Miseducation of Cameron Post, and Utopia.

Jemima Kirke has been a fascinating presence on our screens for decades. She first rose to fame as the iconic Jessa Johansson in the groundbreaking comedy-drama series Girls, created by her high school best friend Lena Dunham, and more recently received positive reviews for her role as Hope Haddon in Sex Education.

Joe Alwyn portrays the swoon-worthy but complicated Nick in an intriguing departure from his previous celebrated acting roles. Nick has previously been best known for his work in period dramas, including the Oscar-winning film The Favourite, Mary Queen of Scots, and Steven Knight's mini-series A Christmas Carol.

Alongside his acting career, he's also known for inspiring some romantic lyrics featured in the songs of his longtime partner, Taylor Swift. 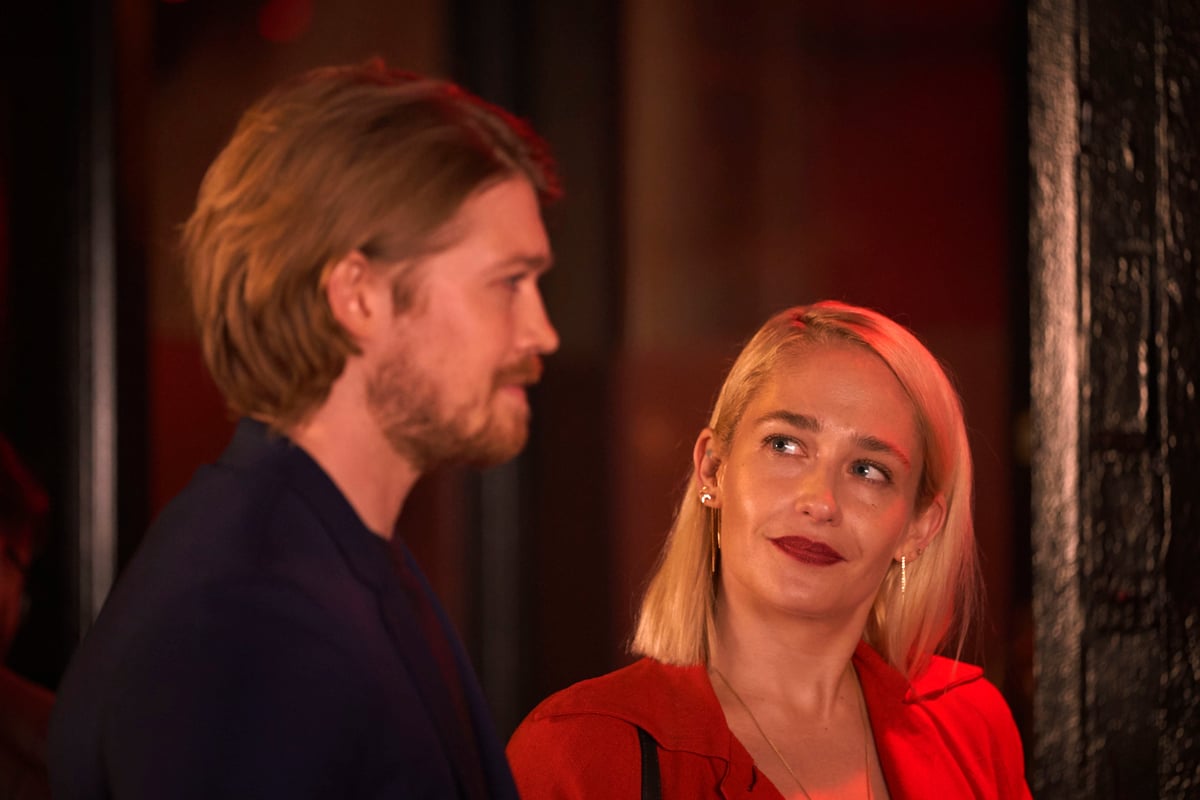 Conversations with Friends features some very steamy sex scenes, but it's all part of telling a bigger story.

A large portion of Conversations with Friends focuses on France's desire for Nick as she navigates her first sexual relationship with a man, while also keeping intense secrets from her best friend.

The sexual desire between Nick and Frances culminates in some truly steamy on-screen encounters, but for actors, it was a way to represent the repression their characters were feeling and the freedom they felt when they first come together.

While rehearsing for and filming the sex scenes, an intimacy coordinator was always present on set to ensure that the pivotal scenes were filmed in a professional and consensual way.

Conversations with Friends is now streaming on Prime Video. Sign up for a 30-day free trial here.

L
lee chez a month ago