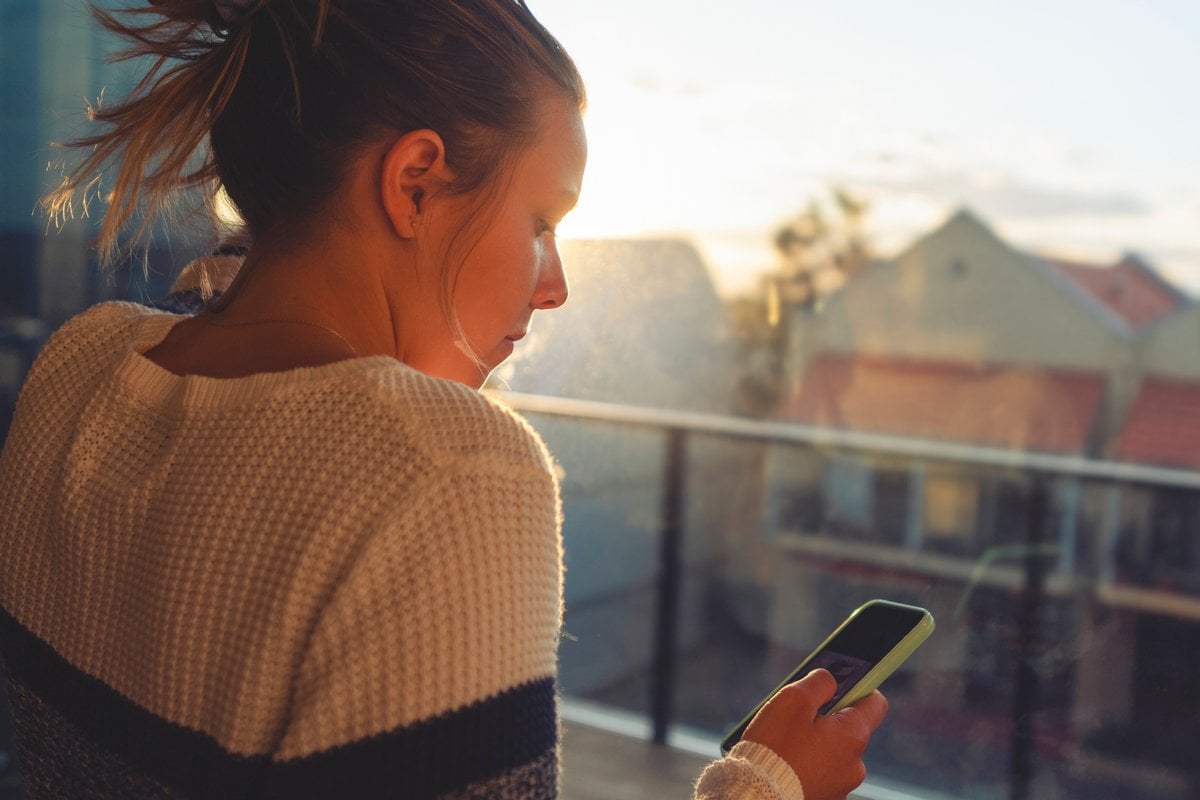 When I used to think about control in a relationship, I never thought about it in the subtle, quiet ways. To me, it seemed if someone was trying to control me, it would be obvious.

I would know all the signs because they were everywhere - outlined in interviews, in films, in books.

They were spoken in the urban legends our aunts would tell us after two glasses of wine, eyes wider with each gruesome detail. To me, control seemed to be something physically inflicted by an abuser, or if not, it was overtly verbal.

It took many relationships, and many years to realise that control can take hundreds of forms. It is undefinable because it has no limits. It’s fluid and unique, depending on the relationship.

Right after I graduated university, I received a job offer that I never would’ve dreamed I could be up for. I’d been in a serious relationship at the time, and when I told him I’d received the offer I was ecstatic. His reaction? Disappointment.

He reacted with disappointment when I told him that the job would involve travel, something I’m deeply passionate about.

He didn’t outright tell me I couldn’t take the job, but his behaviour and actions made it clear he was not happy for me.

This was not the first time something like this had happened in that relationship, either.

He was a homebody, a person who liked to travel and go out on occasion, but more than anything he valued routine.

He wanted me to be around, like I always had been before. Me coming and going would’ve meant a disruption in our lives that he didn’t want, and he couldn’t see past it to share in my excitement.

This was one of the first times I actually realised he was trying to control me.

He knew it would be wrong for him to tell me that I couldn’t accept the job, but it would’ve been a lot harder for me to accuse him of trying to control me if he didn’t say anything discouraging to me.

Instead, I could tell through his affect, his face, his body language, and the way he said certain things, that he was not happy for me. I knew he didn’t want me to accept the offer.

I wondered, was I wrong to be irritated by his lack of excitement for me? Was I the one being selfish? And if so, should I take the job?

Without doing or saying anything truly abusive, he had managed to psychologically manipulate me into questioning the entire prospect of accepting the job.

However, when my initial confusion and self-doubt dissipated, something weird happened. I actually became angry.

I became angry because my life was just starting. If I decided to not accept opportunities for the sake of his comfort, I realised that if we stayed together for ten years, by the end of it I’d be miserable.

I’d be miserable because I would have had nothing internally that I’d nurtured or grew just for myself. I’d only have our relationship.

I think sometimes in heterosexual relationships, women are not as encouraged to passionately or aggressively pursue their careers.

There’s this notion that if a woman is going to get married and have children, her career won’t be taken as seriously. People see her as a mother first, professional second.

To me, this is relevant because it can subtly bleed into the decisions early on in life. My boyfriend didn’t understand why I wanted or needed more than just finding a local job that required no travel.

But that’s just it; I needed to explore the world, professionally and spontaneously, in order to understand myself. It was how I wanted to grow, to learn, to feel like I was truly living.

The fact that he could so easily dismiss that because he preferred that I be home every night with him made me feel deep anger.

It initiated an intense desire in me to do, no matter what, what I needed to do in order to be happy.

I realised that there was an enormous part of love that I had never quite considered before I had reached that point in my life — it’s the desire to want your partner to self-actualise. In the best of relationships, you want to actually help your partner achieve this.

When your partner discourages you from self-actualising, in whatever that means for you, it’s time for a serious conversation about where the relationship is going.

You can be happy for your partner and still feel sadness if their path leads them physically away from you at certain parts of your relationship.

But if you’re finding yourself prioritizing your temporary sadness over the future of your partner’s career or other important obligations, you might need to reevaluate what it means to love someone.

It’s a part of accepting who they are and pushing them to become the person they want to be. Either you’ll grow with them, or away from them.

I ended up taking the job I was offered, and told my boyfriend if he didn’t want to support me and my aspirations, that the relationship was over. He never behaved that way again.