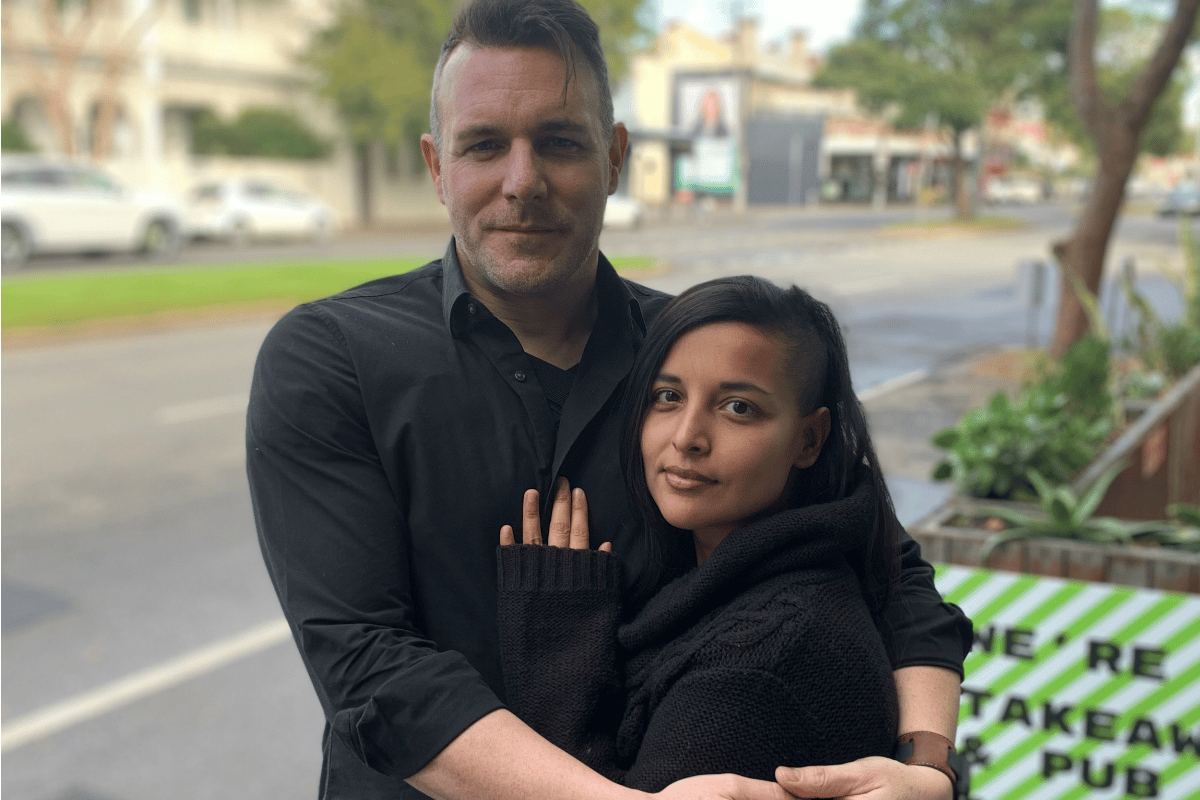 When Anupam Sharma was eight years old, her mother called her back to the kitchen sink after she'd finished washing the dishes after dinner.

One of the plates still had a stain on it.

"How are you going to get married?" her mother asked her exasperated. "Who is going to marry you if you can't even do the dishes?"

WATCH: Anupam opens up about "forbidden love" on SBS Insight. Post continues below.

From the moment Anupam was born she was being domesticated in a way her brother wasn't.

In her deeply conservative and traditional Hindu family, her future had already been planned out. She'd have a career (in either medicine, engineering or accountancy), she'd get married to an Indian Hindu man with a good 'resume', and she'd have children with him.

Anupam's parents were actually quite progressive in many other ways. They were both the first in their families to complete university and travel overseas, and they lived abroad throughout Anupam's childhood as they followed career opportunities.

But Anupam thinks her parents overcompensated for their modern, international lifestyle by hanging on to tradition that little bit tighter. While she and her brother would attend multicultural schools and make friends from all over the world, her parents would seek out the local Indian social club and stick to themselves.

"When I went back to India at the end of high school I felt like India had evolved, but my parents had stayed in the dark ages," Anupam told Mamamia. "My friends the same age had more freedoms than I did despite my international upbringing." 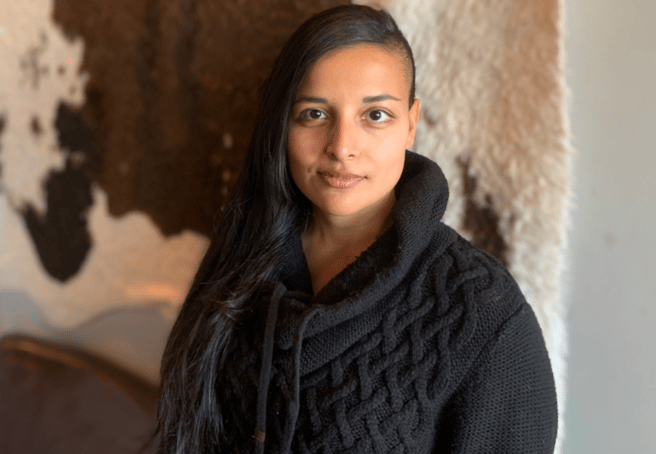 When Anupam finished school she applied to study veterinary science (much to her parents horror) in Sydney, Australia, hoping to put a good day's travel between herself and her family.

It worked. But it didn't stop the meddling.

Her father travelled to her graduation, and an hour before the ceremony was due to start he turned to her and asked: "So, what's your plan for the future?"

A 23-year-old Anupam replied, "Oh, I've sent my resume out, I am just waiting for interviews."

"I am talking about getting married and having kids," he replied much to Anupam's shock and frustration.

She was dating someone at the time — her father knew that. But he was a white man, which was a forbidden match for marriage in her family's strict religious culture.

She angrily put an end to the conversation and that was that, until three years later when she received an email from her father.

"He had spoken to a couple of suitors [for marriage] and was asking me, 'What should I tell them?'" Anupam explained.

Furious, she replied: "Tell them you don't want to prostitute your daughter." She'd been in a relationship with her first boyfriend — the same one from graduation — for six years at this point, and was sick of her parents' lack of interest in whether she was happy, or in love.

All they cared about was arranging her marriage to someone "suitable". They didn't care about whether he was kind, or compatible.

In her early 30s, Anupam's father once again put the pressure on during another visit to Australia.

"What are you doing at the moment in terms of a relationship? For a woman your age, your window is closing," he told her.

Her previous relationship had ended by this stage, but she was happily dating Paul — another white man. Another forbidden choice. 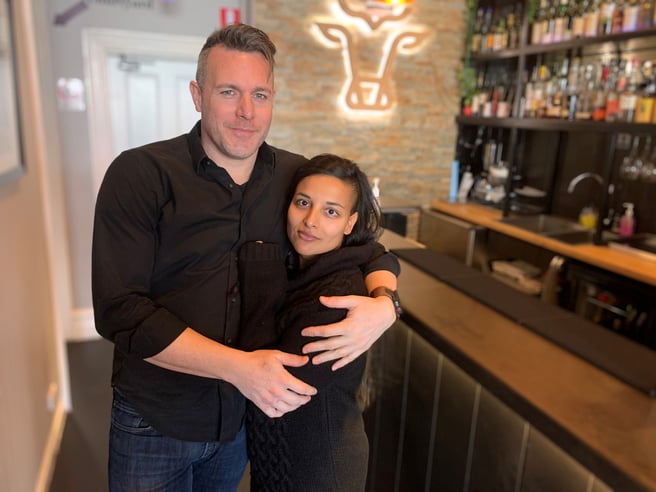 Paul and Anupam have been together six years. He has never met her family. Image: SBS.

"They were still worried about status and resume and the fact I was in an interracial relationship, unmarried, and child-free by choice... none of that suited them. It's the antithesis of what they expected," Anupam told Mamamia.

It has been four years since a now 36-year-old Anupam has spoken to her parents. She has completely cut them out of her life for good.

"I had to leave them behind to continue on with my future the way I wanted too," she said.

She's still not married, she doesn't have children, and she is the happiest she has ever been — living her life in Melbourne with partner Paul who is loving, honest and kind.

When it comes to 'success', Anupam's idea of that is far from the 'ticking of boxes' life her parents had planned for her.

"Success is having a first world problem," she told Mamamia.

"Success is when your electric toothbrush runs out of battery and you have to move your hand and you're like 'for god's sake.' That's success."

You can hear more about Anupam’s story tonight on Insight at 8.30pm on SBS.