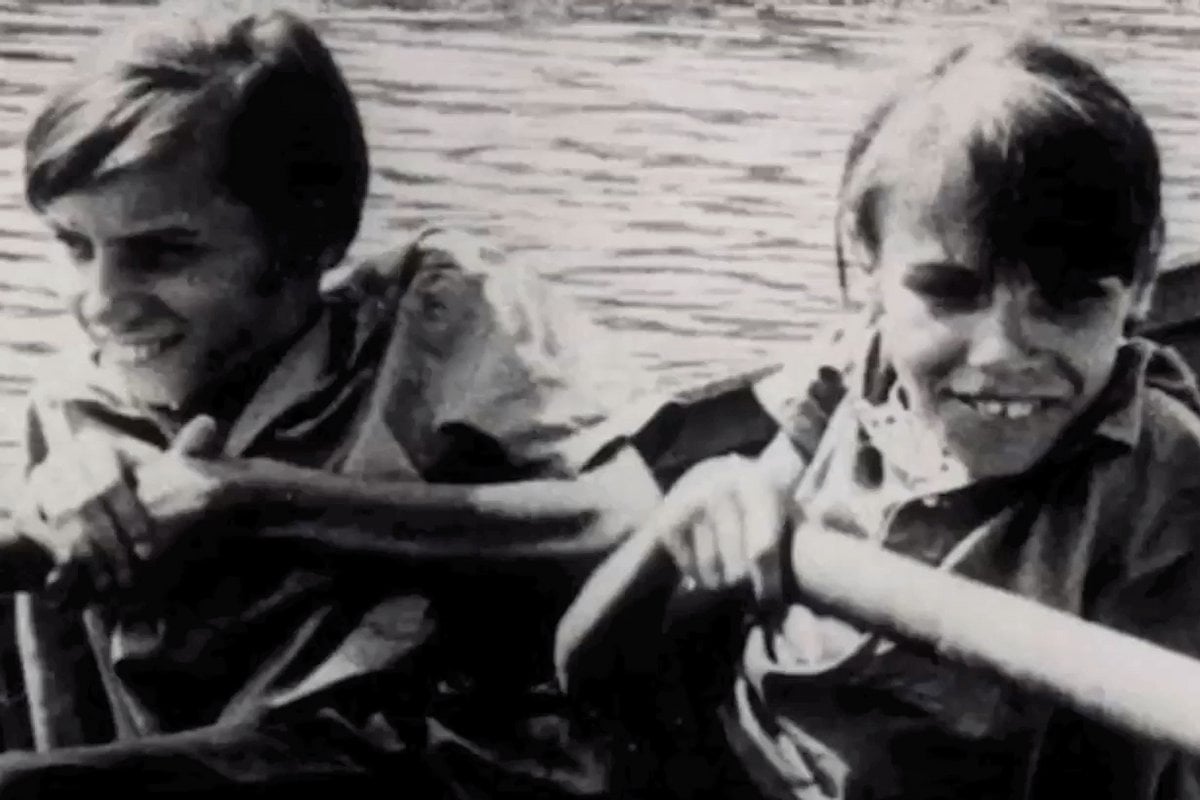 Buried in concealed documents, hidden behind closed doors and kept away from the sunlight is the very real, very hideous story of two sisters - conjoined twins.

From the second they were born Masha and Dasha Krivoshlyapova were fed a life of lies, deceit and unimaginable torture - all because of their genetic uniqueness, and because they were born into Stalin’s Russia.

Watch a snippet of the 60 Minutes episode on twins separated at birth. Post continues after video.

Now, thanks to Juliet Butler - an author who followed the twins throughout their later life - we have gained unprecedented access to the goings-on of Soviet Russia and the medical torture that was not only legal, but actively endorsed by its leader.

But as most life stories begin, Dasha and Masha’s tale starts at a hospital.

“Their mother didn’t know she was giving birth to twins,” explains Butler. “Her labour went on for two days and two nights.”

“She was told she gave birth to a mutant and that it was being taken away from her. But the night nurse brought the twins in to see her and she fell in love with them and refused to sign away her parental rights. So, the doctors told her the twins died of pneumonia and took the girls to the pediatric institute.”

Why were the twins of such interest to Russian scientists?

And “they wanted to know more about the body’s ability to adjust to conditions like sleep deprivation, extreme hunger and extreme temperature change,” explains Butler.

They were seen as the perfect human guinea pigs.

What happened to the twins when they were taken?

Comparable to the medical torture conducted by Nazi scientists during World War II, the twins were injected, analysed, as well as physically and mentally pushed to their limit for the sake of ‘research’.

“They were injected with various substances, including radioactive iodine, to see how quickly it affected the other sister. Then they measured with Geiger counters. One twin was packed in ice to see how the other sister regulated her own temperature. They were burned, electrocuted—terrible things. It went on for 12 years.”

Beyond their horrific experiences with being experimented on, the twins were subjected to squalid living conditions. There is little documentation on the state-run institutions where the twins stayed, but Butler was able to see the last institution the twins called home.

It was called a ‘Home for Veterans of War and Labour’ and it was reportedly “horrible and dark, behind a high wall with barbed wire and guarded gates”.

Listen to Mamamia’s True Crime Conversations podcast, where Jessie dives into the mysterious case of ‘The woman who disappeared in the night’. Post continues after podcast.

The bedroom the twins shared was a tiny, narrow broom closet with just a single bed for the two of them.

“They’d lie at each end of the bed with their feet hanging over the edge. There was a small toilet and a sink stuck on the wall. To think they spent 20 years there is mind-boggling.”

Beyond their torture, what were the conjoined twins actually like?

As twins can’t go anywhere in life without being compared, it’s no surprise that the similarities and differences in the twins’ personalities were analysed too.

Julie Butler reports her observations of the pair, establishing the stark differences between the sisters.

“Masha was self-centered and egotistical, bullying, greedy but also quite charming, as psychopaths can be. In some ways, she enjoyed the notoriety of being so special. But she was also tough and resilient and seen by Dasha as being the strong and supporting sister. Dasha was self-effacing, kind, gentle, generous and quiet.”

Butler does, however, credit Masha with a resilience that was essential to getting the twins through their traumatic life.

“Masha was better able to cope with the disability because she was uncaring and incapable of love or empathy, so she didn’t care what people thought of her, whereas Dasha cared, terribly. She hated going outside. Masha would just shout at people who looked at them.”

“Masha was very angry. She’d start screaming and shouting and saying the doctors were Nazis and fascists who should be lined up and shot.” Dasha, on the other hand, appeared to be very forgiving. She wasn’t bitter or angry.

Did the conjoined twins have a love life?

Despite their living conditions and traumatic existence, both women did at one point in their lives, fall in love.

Dasha (the more romantic, softer twin) fell in love with Slava, who was one of the boys who lived at the ‘School for Invalids’ that the girls attended.

While Dasha fawned after Slava, Butler was convinced that Masha had vastly different desires to her sister.

“Masha was, I believe, a covert lesbian. I think Masha half fell in love with Lucia, a girl who lived at their second home.

“Masha had them dress like men. Their hair was always cut short, which Dasha hated. Masha wouldn’t let them wear any makeup. Masha loved beautiful women and she was very affectionate with me, always covering me with kisses and nibbling my ear until it was quite awkward.”

But how did their attractions translate into physical actions for the conjoined twins? Butler explains that this was definitely a point of extreme tension between the twins.

“Dasha very much wanted to have sex with Slava, but Masha wouldn’t allow it. One night, Slava and Dasha got drunk on purpose so that Masha would also get drunk and couldn’t punch Slava in the face. Dasha and Slava said they made love, but I don’t know if it was actually consummated. Dasha told me the twins had two vaginas.”

The twins actually asked Butler to investigate their genitals at one point, seemingly from a point of extreme curiosity.

“I used to give them baths at my house and one time, Dasha asked me to have a look ‘down there’ because she wanted to know about having an orgasm. It all looked a bit complicated down there, not like anything normal. By that time, the balance in the relationship had shifted, and Masha knew it was important for Dasha to experience an orgasm. But as far as I know, she never did.”

It’s fascinating to think that Dasha and Masha’s bodies were intensely explored, tested, poked, prodded and examined for over 12 years and yet the twins knew so little about their own physical form.

It seems that little of the Russian scientist’s findings were ever actually relayed back to the twins.

When did the torture end for the conjoined twins?

The twins’ institutionalised torture finally came to an end with Stalin’s death. The dictator endorsed medical torture but when Khrushchev came to power, there was a distinctly different atmosphere. Beyond that, there was also an understanding that every experiment the scientists wanted to perform on the twins had been done.

Therefore, they could be discarded.

Following their long lives locked in ‘homes’ that took advantage of them, Mascha had a fatal heart attack aged 53 and it took a total of 17 hours for her to die.

Nobody would call an ambulance. She received zero medical help.

Mascha’s body started decomposing rapidly, having a disastrous impact on Dascha’s health. Within the following 17 hours, Dascha died too.

Butler explained that, “Everyone lied to Dasha, saying that Masha was just asleep.”

“Their lives were filled with so many lies.”

But now their death is not. Documented in full by Juliet Butler with a further account diving into the psychology of the twins in a secondary (but fictional) novel titled The Less You Know, The Sounder You Sleep.