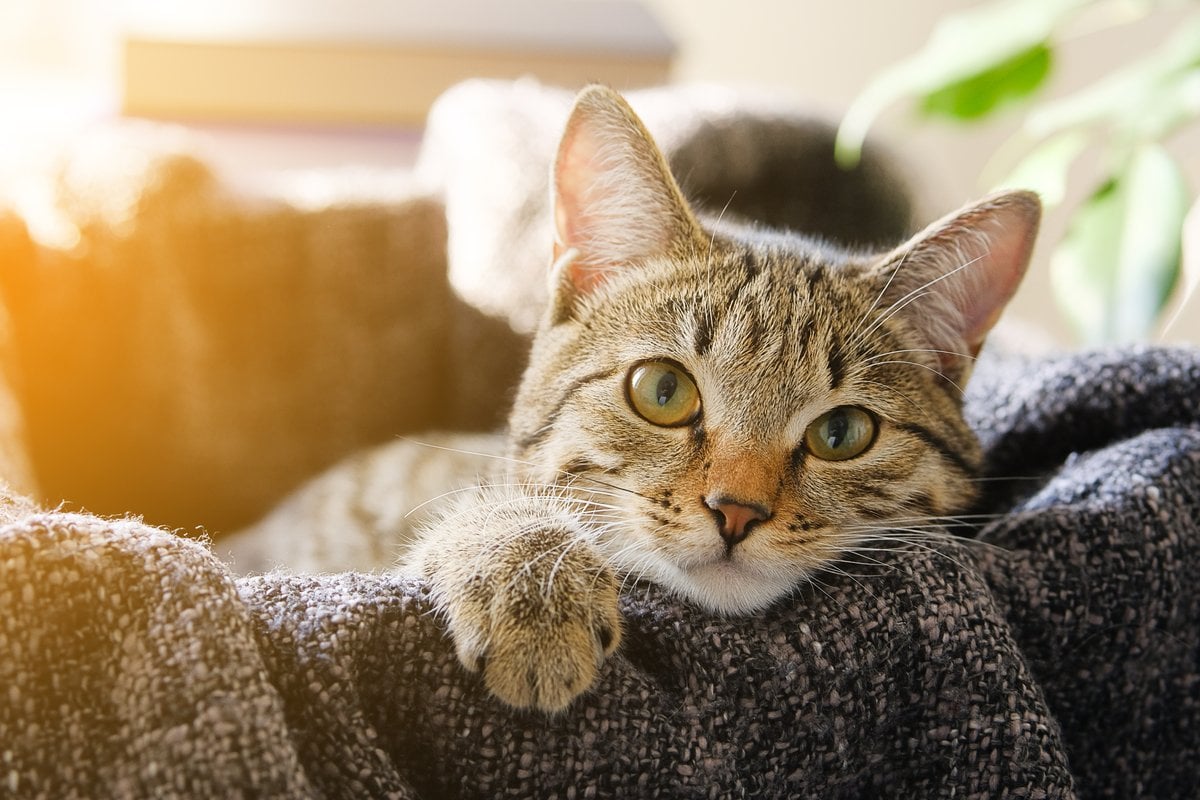 I've spent far too much time trying to attract the neighbourhood street cat over to me, employing any and every technique.

It usually starts with meowing. Maybe a "puss, puss, puss". But it never works.

Watch: How to read your cat's body language. Post continues below.

Cats are complex creatures. I admire that about them.

But the sad fact is, reading their minds is just about impossible.

You gotta be kitten me. Image: Giphy

Psychologists at the Universities of Portsmouth and Sussex have been hard at work researching how you can best communicate with your feline friend, and make no mistake – I won't be embarrassing myself in front of my neighbours again.

The new study, published on October 5, involved experimenters testing both slow blinking and neutral facial expressions in front of more than 40 cats.

Overall, the study found that humans who use slow blinking and eye-narrowing facial expressions appear more friendly to their cats. On top of that, cats were more comfortable approaching a person who was slow blinking, over someone with a more neutral expression.

According to the study, cats are more attracted to these facial expressions because they mimic a feline smile, and cats use slow blinking to communicate affection and trust.

Professor Karen McComb, from the School of Psychology at the University of Sussex, said in a statement: "As someone who has both studied animal behavior and is a cat owner, it’s great to be able to show that cats and humans can communicate in this way. It’s something that many cat owners had already suspected, so it’s exciting to have found evidence for it."

"This study is the first to experimentally investigate the role of slow blinking in cat–human communication. And it is something you can try yourself with your own cat at home, or with cats you meet in the street," she continued.

"It’s a great way of enhancing the bond you have with cats. Try narrowing your eyes at them as you would in a relaxed smile, followed by closing your eyes for a couple of seconds. You’ll find they respond in the same way themselves and you can start a sort of conversation."

Well, what are you waiting for?

Go and blink at your cat!