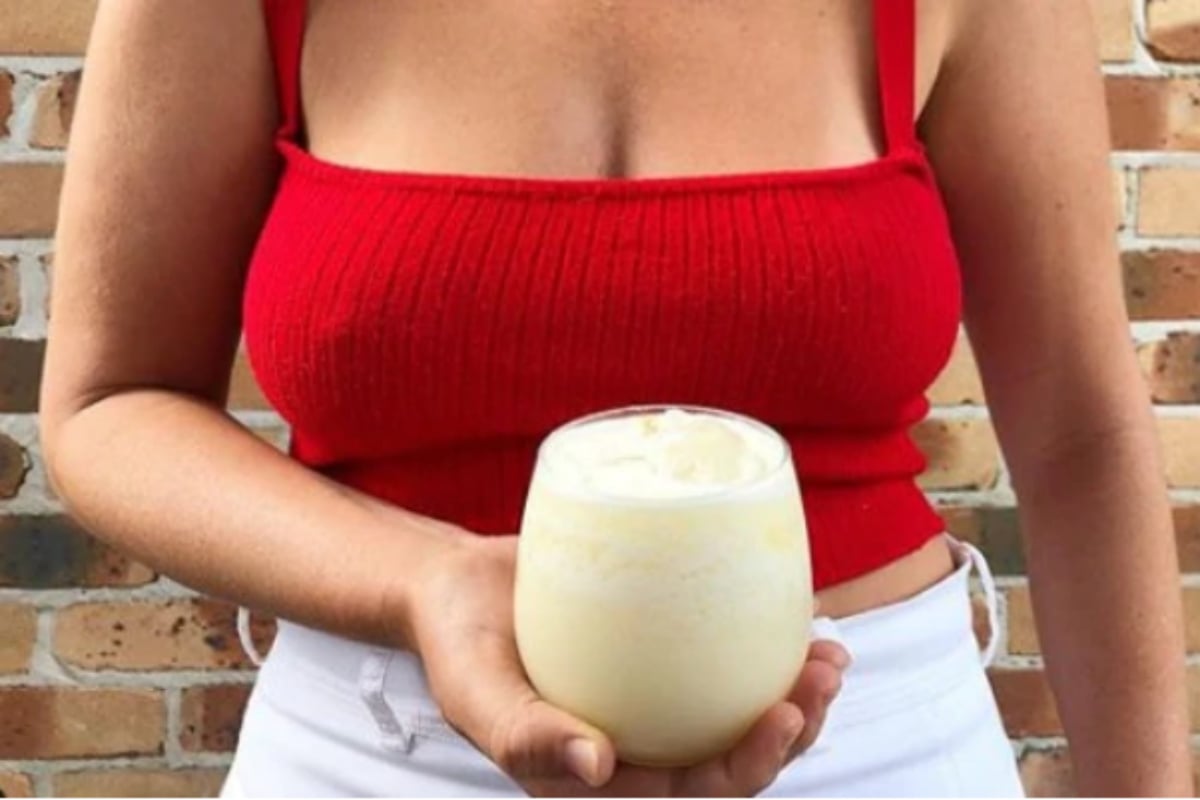 A Byron Bay cafe is raising eyebrows by putting a smoothie made with colostrum on their menu.

Customers perusing through The Roadhouse’s cold drink menu will find something called a “Colostrum Shake” for $8.

Just in case you’re unaware, colostrum is that thick, yellowy substance that comes in breastfeeding mothers before they start producing regular breastmilk.

Only, we don't think it's human colostrum. Well, we hope it's not.

In fact, it's very possible the colostrum comes in powder form, which would make it much easier to take - but then, it's still called colostrum.

The Roadhouse has not returned Mamamia's request for comment at the time of publishing.

Described as "coconut water blended with colostrum, Mother Nature's 'first food' for all mammals", the smoothie is apparently for those who want to enjoy a boost to their immunity levels.

Colostrum is known for its benefits to newborns, providing them with a concentrated dose of nutrients and boosting their immunity.

And now marketers are trying to cash in on this by producing bovine (cow) colostrum powder for adults to boost their own immunity, with claims it can even help treat diseases.

However, a University of California article states it's a "big leap to think that bovine colostrum will benefit people".

"First off, colostrum’s chemistry is largely specific to each species—thus, bovine colostrum is different from human. And what’s good for newborn calves is not necessarily good for newborn humans, let alone adults," the author writes.

"It’s not even certain if or how much the antibodies and other special substances in bovine colostrum can survive the human digestive tract and/or be absorbed."

Various studies on adult drinking of bovine colostrum have turned out mixed results as to whether the substance could be beneficial to humans or not.

So maybe those who sip on a colostrum shake should just do it for the, ahem, taste?