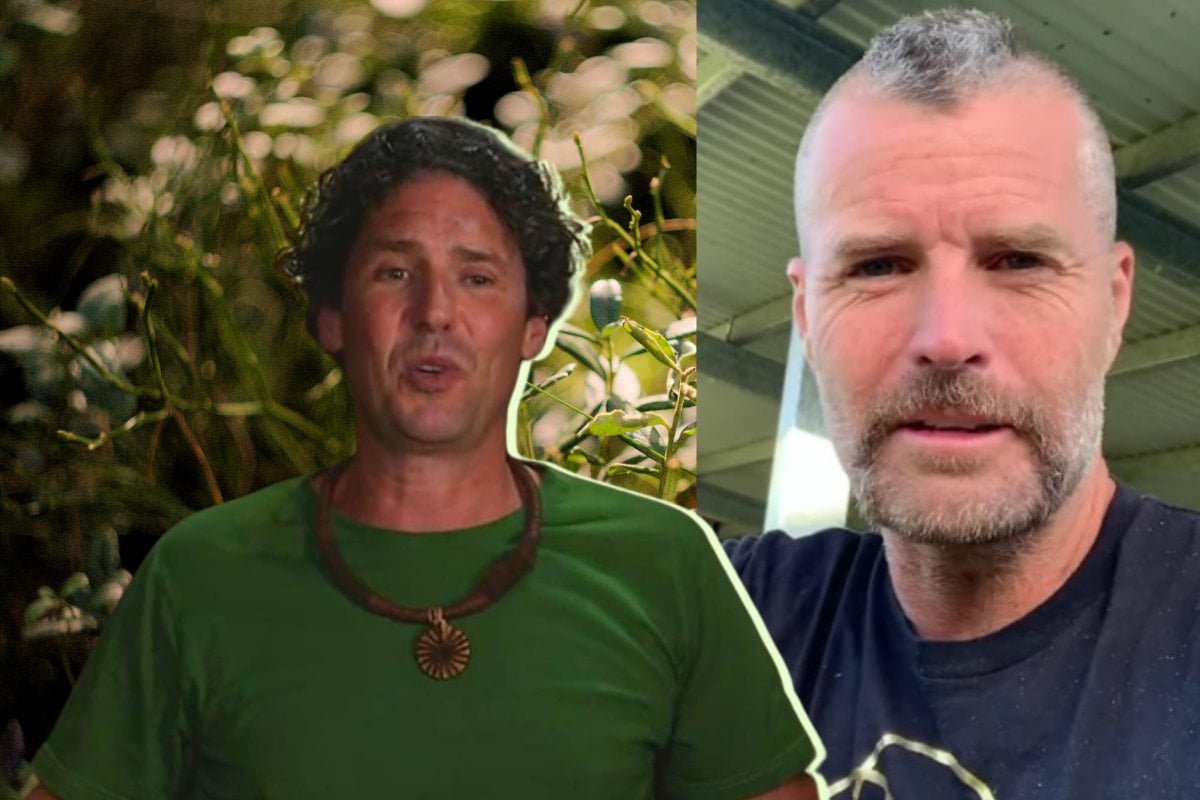 This year, I'm a Celebrity... Get Me Out of Here! has aired Robert 'Dipper' DiPierdomenico doing the 'WAP' dance and Toni Pearen being bitten by a snake multiple times on her face during a challenge.

Evans was reportedly set to appear on this season of the show but was dumped by Channel 10 after he shared a cartoon on social media that included a Nazi symbol.

His spot was then filled by his former MKR co-star Colin Fassnidge, who received a last-minute call-up and entered the camp on day four.

In the deleted scene, which was leaked to news.com.au, Fassnidge spoke to Grant Denyer and Abbie Chatfield about Evans, who has made headlines regularly for sharing misinformation about the COVID-19 pandemic and various other internet conspiracies.

In April 2020, Evans received a $25,000 fine by the Therapeutic Goods Administration for claiming a light machine can treat COVID-19.

In the scene, Fassnidge told his campmates about a strange dream he'd had involving Evans.

(Side note: The dream involved bolognese and Evans crying).

He told them he hadn't spoken to Evans about the post that saw him removed from the show.

"I speak to him every now and then, [but] not since he got in trouble," Fassnidge said. "I don't agree with what he says but I worked with the guy for nine years." 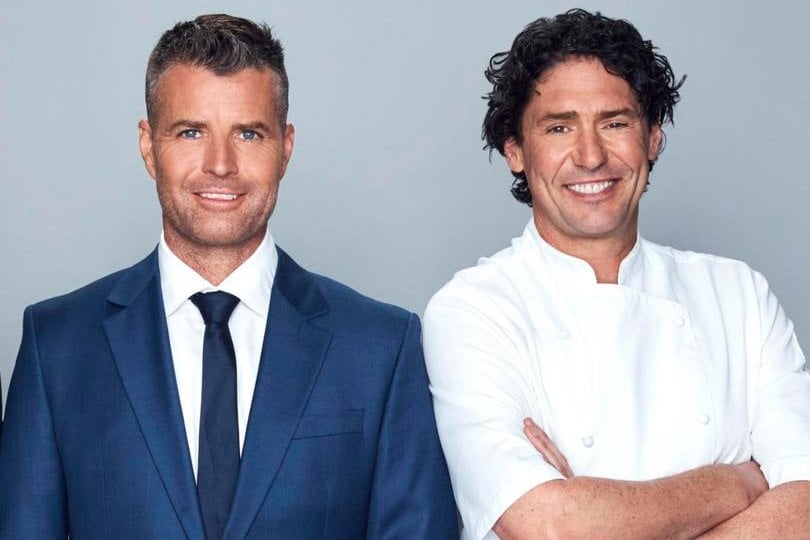 Asked if Evans was always "alternative", Fassnidge said his beliefs had escalated over time.

"Yeah, but not as out there," Fassnidge replied. "He's off the leash now."

The chef added that Evans would often discuss former US President Donald Trump off-camera during filming days, "long before Trump was gone".

"He was always pro-Trump. Me and Manu [Feildel] would be like, 'What?' And then you're just like, don't get into an argument. It's not worth it because he can go for hours."

However, Fassnidge did suggest the negative press which follows Evans "non-stop every day" was unfair.

"He courts it," Denyer responded.

"For your kids as well, they're the collateral damage," Fassnidge said.

"But he does court it," Denyer repeated.

Speaking to the camera in a confessional, Fassnidge seemed to refer the Evans' cartoon featuring the Nazi symbol.

"He's gotten in a lot of trouble lately for his views. I do not agree with any of the views.

"The media is absolutely hounding him, whether that's his own making, well, you know," he said.

According to Rob McKnight of TV Blackbox, who spoke with Nova's Fitzy & Wippa, Evans was "dumped" whilst in the mandatory pre-show quarantine, about to enter the jungle.

"At 6:30 am the call came through from [Channel 10 executive] Bev McGarvie to ITV the production house. She said, 'he's out, do not let him go into the jungle'. He is now packing up his bags and returning to Byron Bay and he is apparently furious.

"Executives at Channel 10 have done the right thing this morning. I think his TV career is done and dusted. No one will touch him," McKnight continued.

Evans has not addressed the casting call publicly.

Reply
Upvote
It's a shame that people who want to reject pharmaceutical science and follow nutritional science, are forced to rely on crazy people like Trump just to hang onto their right to question. It is also ironic how hesitant people suddenly are about the Covid vaccine, like wellness followers have always been about vaccines. They got labelled anti-vax, as if they're terrorists when they were always simply vaccine-hesitant, wanting more information.
We seriously need to use this time to re-evaluate how we distribute power in our society and find a way to allow everyone their opinion without hammering down and destroying those who have questions. (For the record I vaccinate my children and deplore Trump.)
M
mamamia-user-482898552 a year ago

Reply
Upvote
@anonymous Having an opinion is not the same as having an education or actual factual knowledge. Unfortunately in this day and age, opinion has been been elevated to the same level as fact.
M
mamamia-user-482898552 a year ago

Reply
Upvote
2 upvotes
So Evans courts media attention, and tries to propagate totally vile and dangerous ideas, but criticism of him is unfair...? What?
C
cat a year ago