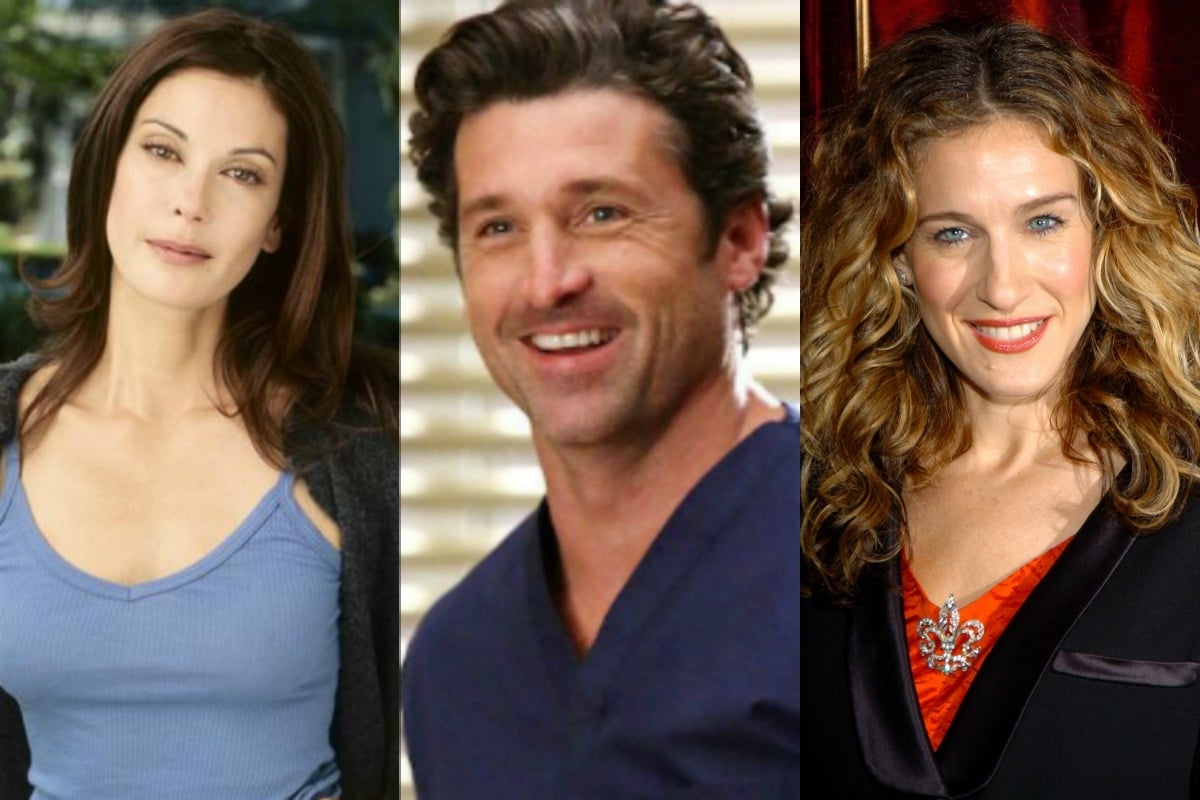 For actors, co-starring in a movie or TV series together can mean months or even years of working very, very closely.

So if you don't... like each, well that's got to be hard. Especially if your characters are besties, or in relationships.

In some cases, perhaps the best acting of someone's career is acting like they don't find their castmate insufferable.

Here are a number of co-stars you may not know don't exactly get on in real life like their characters did on screen. 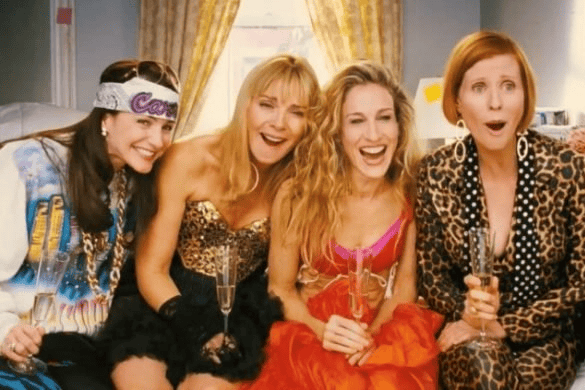 Perhaps one of the best-known co-star feuds is between Sex and the City's Sarah Jessica Parker and Kim Cattrall, who played best friends Carrie and Samantha in the TV show and movies.

Things first ignited in October 2017 when Cattrall appeared on Piers Morgan's chat show and said she wouldn't agree to a third Sex and the City movie because of a "toxic relationship" with Parker and her co-stars.

When Cattrall’s 55-year-old brother was found dead in early February 2018 and Parker publicly expressed her condolences, Cattrall couldn't stomach her sympathy, firing back: "you are not my family, you are not my friend. Stop exploiting our tragedy in order to restore your 'nice girl' persona".

Parker said she was "heartbroken" by Cattrall's recollection of events. 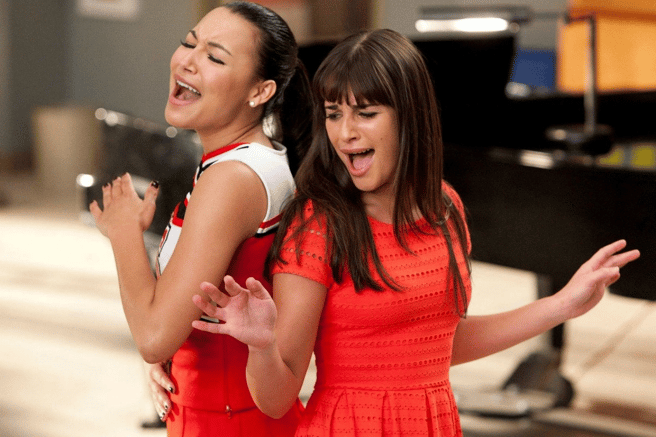 Feuds and drama on the set of Glee plagued the show during its entire run (and after), but no rumour was as enduring as that of a feud between Lea Michele and Naya Rivera.

In her memoir, Sorry Not Sorry: Dreams, Mistakes and Growing Up, Rivera confirmed they didn't always get along.

"One of the Glee writers once said that Lea and I were like two sides of the same battery, and that about sums us up," Rivera wrote. "We are both strong-willed and competitive - not just with each other but with everyone - and that's not a good mixture." 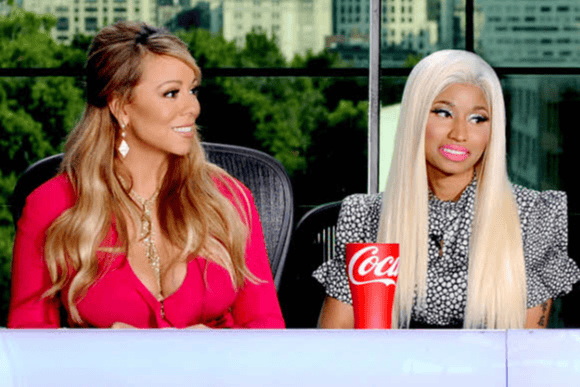 Mariah Carey and Nicki Minaj famously butted heads when they appeared as judges together during a season of American Idol.

During one of the audition tapings, the pair were filmed arguing with Minaj heard saying "I told them, I'm not f*cking putting up with her f*cking highness over there."

For months, barbs went back and forth via interviews and social media before eventually dying down.

Then in 2016 Carey was asked to say three nice things about Minaj in an interview with Andy Cohen, and she just... couldn't. 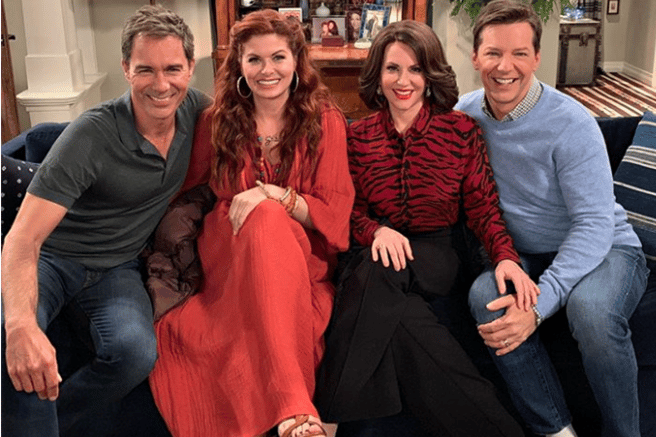 Now this one hurts. The first hint of a feud between Debra Messing and Megan Mullally, who play Grace Adler and Karen Walker on Will & Grace, came last year.

"One of the best feelings is finally losing your attachment to somebody who isn’t good for you," she wrote.

Then in early 2020 Mullally spoke about it rather cryptically on her podcast In Bed with Nick and Megan, saying she was being bullied.

She didn't name names, but said the person who had been bullying her and caused a divide between her and her co-stars.

"This was a work situation for me - it's tough because the very nature of the bully is that once they're challenged, they really go to town. Like you thought it was bad before, wait.

"I'm pretty much on my own in this situation because the bully has recruited many of my allies to their side, and now they’re not my allies anymore." 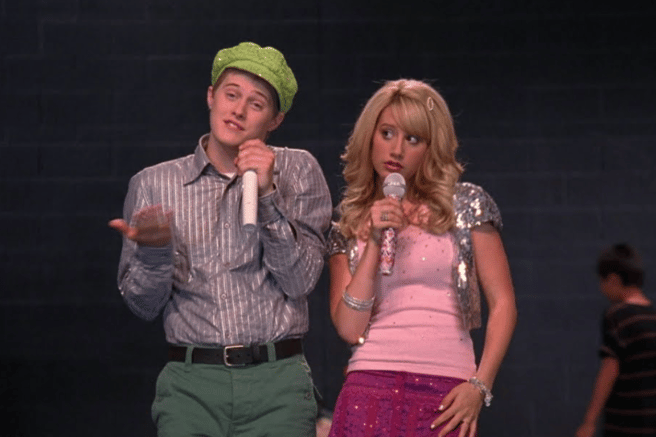 It turns out the High School Musical cast were not all in this together, at least not at first.

Ashey Tisdale and Lucas Grabeel starred as twins Sharpay and Ryan in the franchise, and while the whole cast seemed really tight, it turns out they... weren't.

The pair reunited in 2017 for a video on Tisdale's YouTube channel and admitted they didn't like each other for a while.

"We were not close. We were not good friends - let's be honest. It's been 10 years, so we can talk about it." she laughed. "We hated each other. Like, I'm not kidding."

"We didn't get off on the best foot," Grabeel agreed. 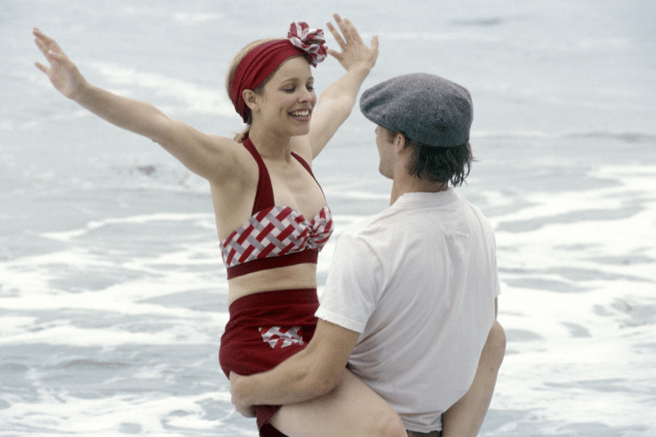 Ryan Gosling and Rachel McAdams chemistry in The Notebook was spectacular, and it later translated into a real life relationship, but they couldn't stand each other at the beginning of filming,

In fact, it was so bad that Gosling asked director Nick Cassavetes if he could read his lines with another actress.

"Maybe I'm not supposed to tell this story, but they were really not getting along one day on set. Really not," director Nick Cassavetes said.

"And Ryan came to me, and there's 150 people standing in this big scene, and he says, 'Nick come here.' And he's doing a scene with Rachel and he says, 'Would you take her out of here and bring in another actress to read off camera with me?' I said, 'What?' He says, 'I can't. I can't do it with her. I'm just not getting anything from this.'"

It took a bit of yelling, but they came to respect each other after a bit of mediation.

"We went into a room with a producer; they started screaming and yelling at each other. I walked out. At that point I was smoking cigarettes. I smoked a cigarette and everybody came out like, 'All right let’s do this.' And it got better after that, you know? They had it out... I think Ryan respected her for standing up for her character and Rachel was happy to get that out in the open. The rest of the film wasn’t smooth sailing, but it was smoother sailing."

That sounds... a lot like Noah and Allie, actually. 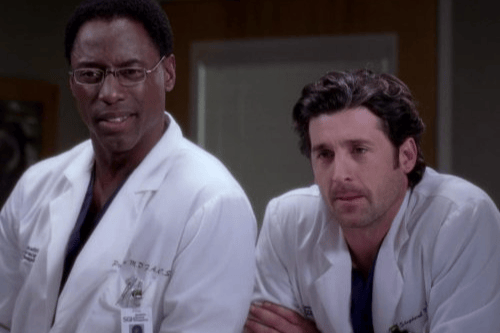 Dr Preston Burke and Dr Derek Shepherd were mates at Seattle Grace, but not so much in real life.

First, Access Hollywood reported the two had been involved in a "violent brawl" after Patrick Dempsey turned up to set late one day. Then Isaiah Washington was fired from Grey's Anatomy after it emerged he had used a homophobic slur during an argument with Dempsey.

After being let go, Washington appeared on Larry King Live on CNN and said he never used the "F Word" in reference to co-star T.R Knight, who came out as gay, but rather told Dempsey to stop treating him like a "F-word" during an argument "provoked" by Dempsey, who, he felt, was treating him like a "B-word", a "P-word", and the "F-word", which Washington said he meant to mean "somebody who is being weak". 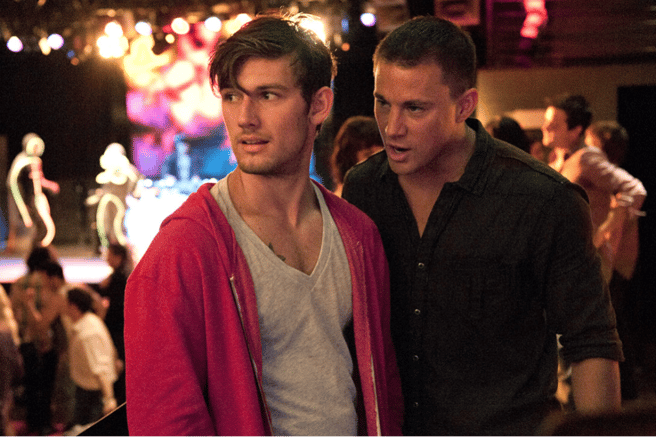 Alex Pettyfer takes full responsibility for why his Magic Mike co-star Channing Tatum doesn't like him.

"Channing Tatum does not like me," Pettyfer told The Hollywood Reporter. "For many reasons. Many being my own fault."

Pettyfer said he felt shy on set, which may have been perceived as standoffish.

"I didn't speak on the movie [set]. I was scared to speak.

"I did my work and then I sat in the corner and listened to music because I'd been told that anything I do was wrong by my reps and I was very insecure as a human being. That also gave me a bad rep because they said, 'Oh Alex thinks he's f*cking better than everybody else because he doesn't speak to anyone.' And that's not true. I was genuinely nervous and scared to be myself."

After the movie wrapped, Pettyfer rented an apartment from one of Tatum's friends but left still owing four months of back rent, which he said he forgot to pay when his cousin suddenly died.

"I all of a sudden got a very negative email from Channing, rightfully so, saying, 'Don't f*ck my friends. You owe money. Pay the f*cking money. Don't be a clown.'" 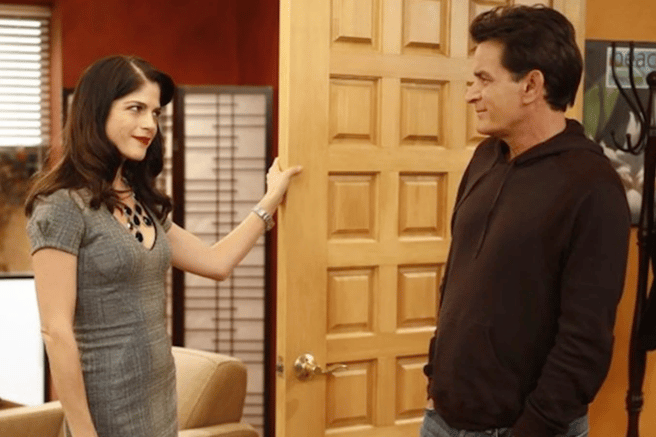 After Selma Blair voiced her concerns about Charlie Sheen's work ethic on the set on their show Anger Management, Sheen fired her via a nasty text message, calling her a "c***".

During a segment on Watch What Happens Live in January 2017, Sheen said he'd like to mash Blair and his former Two and a Half Men co-star Jenny McCarthy together "and then kick them to the curb".

Teri Hatcher and the rest of the Desperate Housewives cast. 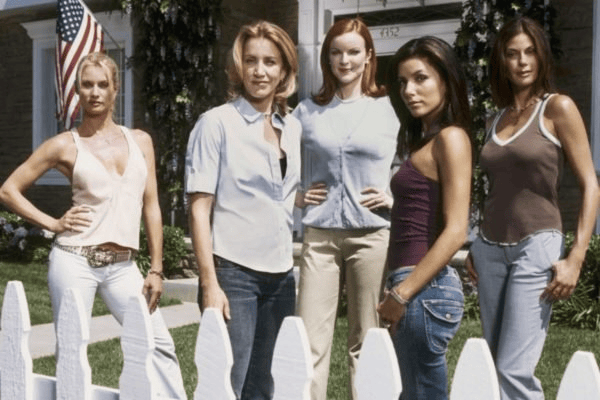 The feud between the women of Wisteria Lane always comes back to Teri Hatcher, who played Susan.

Nicolette Sheridan, who played Edie, called Hatcher "the meanest woman in the world".

Longoria’s letter reveals she was bullied by a co-worker on the show, which ran from 2004 to 2012.

"I dreaded the days I had to go to work with that person because it was pure torture," Longoria wrote. "Until one day, Felicity told the bully 'enough' and it all stopped. Felicity could feel that I was riddled with anxiety even though I never complained or mentioned the abuse to anyone."

Last year, on the Desperate Housewives anniversary, Huffman posted sweet, funny memories on Instagram about Longoria, Sheridan and Cross, but not about Hatcher.

Also last year, Longoria appeared on Jimmy Kimmel Live! and was asked if they were "all" very good friends.