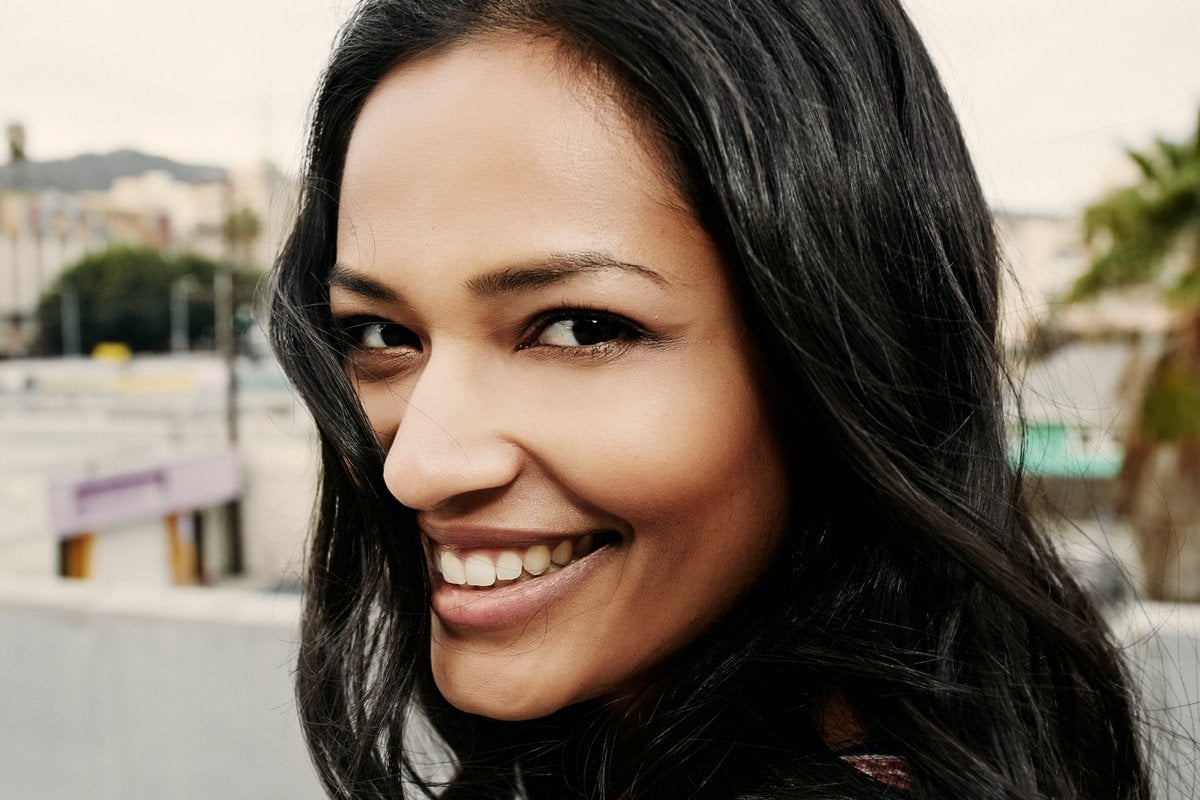 A few days ago, my boyfriend told me he knew after three weeks that I was the one. Based on his behaviour in those three weeks, this honestly didn’t surprise me.

We met on a whim on a dating app when I was looking for something really casual. I had just ended a three-year relationship, and wasn’t looking to jump into anything even remotely serious.

After we hung out for the first time, Dan became pretty clingy. In fact, it was almost refreshing. With Dan, there were no mixed signals. Not even from the beginning.

He’d text me when he woke up, throughout the day, and asked me to hang out frequently. Prior to my three-year relationship, I was basically accustomed to the dating runaround. I talked to countless guys who I still, to this day, am not sure were ever truly interested.

All of this newfound transparency would have been amazing, except I wasn’t in that mindset at all. I was in the opposite mindset.

I made this pretty clear to Dan the first time he outright told me he wanted to exclusively date.

“I’m not really ready for all that. I like spending time with you, but I can’t promise exclusivity or any sort of commitment. I understand if you want to stop seeing me because of that,” I’d say, feeling a slight twinge of guilt.

Still, he continued to pursue me.

Several months went by, and he remained adamant that when I was ready, he wanted to commit to an exclusive relationship.

His desire for it never faltered, not even one day of those four months we had been casual.

I decided to give him a chance. But something started to weigh on me even before we had become exclusive. In the immortal words of Mariah Carey, why was Dan so obsessed with me?

We hadn’t even really known each other long before he wanted to commit. It was truly within a week that Dan had started to develop intense feelings for me.

Several questions revolved around my head. Was he like this with every girl? Was he just desperate to have a relationship? Was he lonely? Was it just physical attraction? Was he immature? Was he bored? Did he think I was rich and wanted to use me as a means to enter a certain lifestyle?

These questions were basically on a loop in my mind on a daily basis. I didn’t know how he could feel so strongly after such little time. It made me certain that he had some ulterior motive in dating me.

I was certain that he was just one of those people who comes on really strong when they meet someone they like a little. Someone who is really quick to “fall in love”. His behaviour did the opposite of what I think he expected it to. It didn’t make me feel special. It made me feel concerned, and like I was one of a hundred over the past few years of his life.

Listen to this podcast from Mamamia Out Loud. Post continues after video.

In hindsight, perhaps that was a little unfair. I just couldn’t fathom how a person could be so certain of something when they hardly knew anything about it.

Then I had an even stranger thought… was all of this questioning just a strange projection of my own insecurities?

I began to wonder if I actually just felt I wasn’t worth all of this lovesick commitment. As I began to fall in love with him, I began to feel less and less worthy of his love because of what a beautiful person I really came to see he was.

I began to get insecure that one day he would realise I’m just an imperfect, neurotic, anxious, (sometimes) lazy woman who over-analysed everything. Someday, I thought, the veil would be lifted.

Dating has become so fraught with options. At any given moment, I could leave my boyfriend for some random guy on Bumble. I could replace him in two seconds — just like he could replace me. We have access to so many people all the time, that it’s easy to ask yourself, what if?

It almost feels like a miracle anymore when someone expresses a genuine interest in you, and I mean really, truly, singular interest in you that they haven’t expressed to anyone else. They’re not playing the field or constantly keeping a subconscious back-up girlfriend in their mind. They are deadest on pursuing you and only you. It’s actually pretty magical.

I think that’s why I was so hesitant to believe it. It felt like there had to be something sinister beneath, because how could anything be that pure anymore?

My boyfriend may have come on pretty strong in the beginning, and he may have been clingy (in not-so-attractive ways sometimes), but his enthusiasm in loving me was something I hadn’t seen in a long time. I didn’t know how or if I should trust it.

But I guess that’s the thing about love. Sometimes, you can’t know anything for sure. You can only believe.

In every relationship, that’s something I think people do every day. As soon as you stop believing, that’s when the problems start.

With Dan, I’m willing to do that. Let’s see where this thing goes.

R
rosiecat a month ago

Reply
Upvote
1 upvotes
My now husband told me he loved me the first time we got together. In his defence, we were both 17 and fairly intoxicated. I told him it was lust not love and I didn’t want a relationship. However, we have been together ever since and are now in our mid forties with two kids and still regard each other as the love of our lives. So maybe there is love at first sight?
News
General
Opinion
True Crime
Politics
Sport
Explainer
Entertainment
Celebrity
Reality TV
Movies
TV
Books
Rogue
Royal
Lifestyle
Beauty
Fashion
Weddings
Home
Wellness
Health
Fitness
Travel
Food
Family
Before The Bump
Pregnancy
Baby
Kids
Teens
School
Parent Opinion
Work & Money
Money
Finance
Career
Lady Startup
Relationships
Sex
Dating
Separation
Friendship
Family
Real Life
Couples