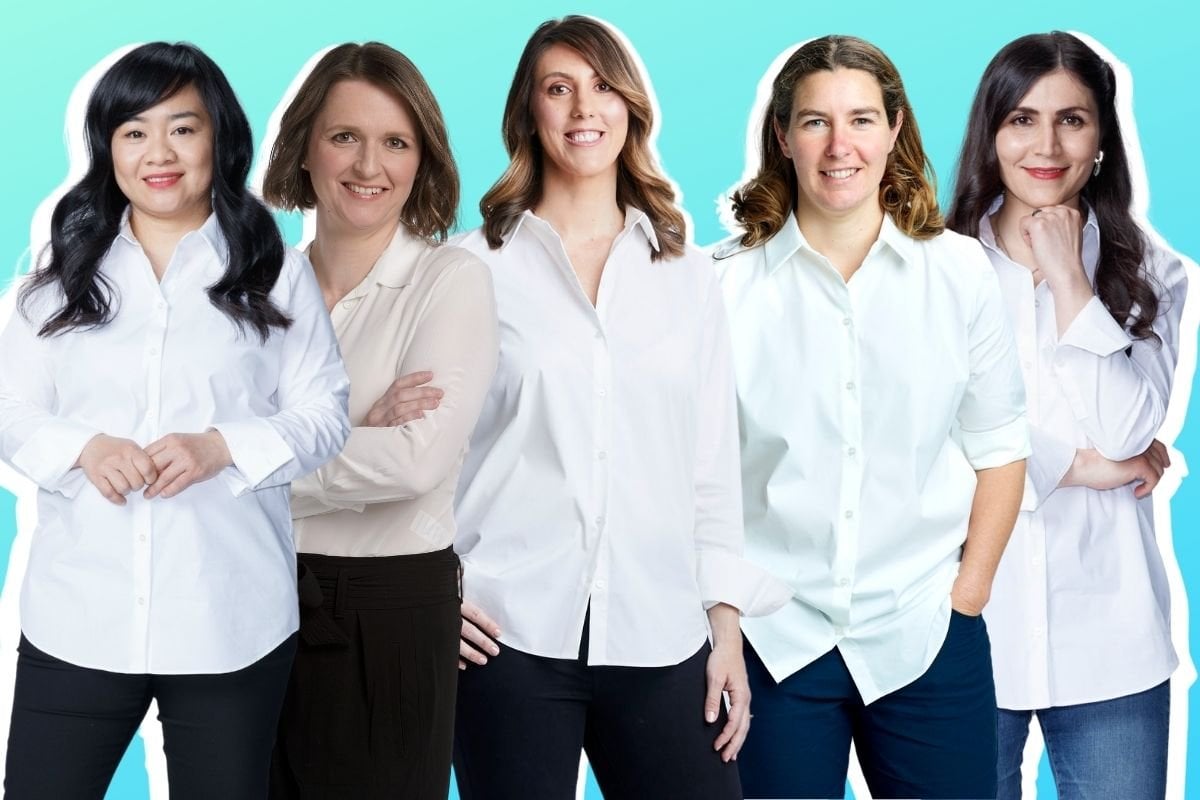 In a world preoccupied by the coronavirus pandemic (and for good reason), another global emergency is being somewhat forgotten.

Thankfully for us, there are still plenty of remarkable minds working away behind the scenes on future-proofing our planet for the decades to come.

WATCH: Women are still under-represented in science, but that's changing for the better. Post continues after video.

While a pandemic responsible for killing one million people around the world (and rising) should never be celebrated, there have been some flow-on effects that are benefiting our fight for the planet.

We're living through the biggest carbon crash we have ever recorded, with a number of different analyses showing we will be using between two and three billion tonnes less warming gas in 2020.

So while our governments, virus scientists and policy-makers remain largely preoccupied by coronavirus, climate scientists and experts are busy working on solutions.

Here are just five women (four Aussies and one New Zealander) who are making serious scientific progress when it comes to addressing climate change. All were recently awarded $25,000 Fellowships for their work, as part of the 2020 L'Oréal-UNESCO For Women in Science program. 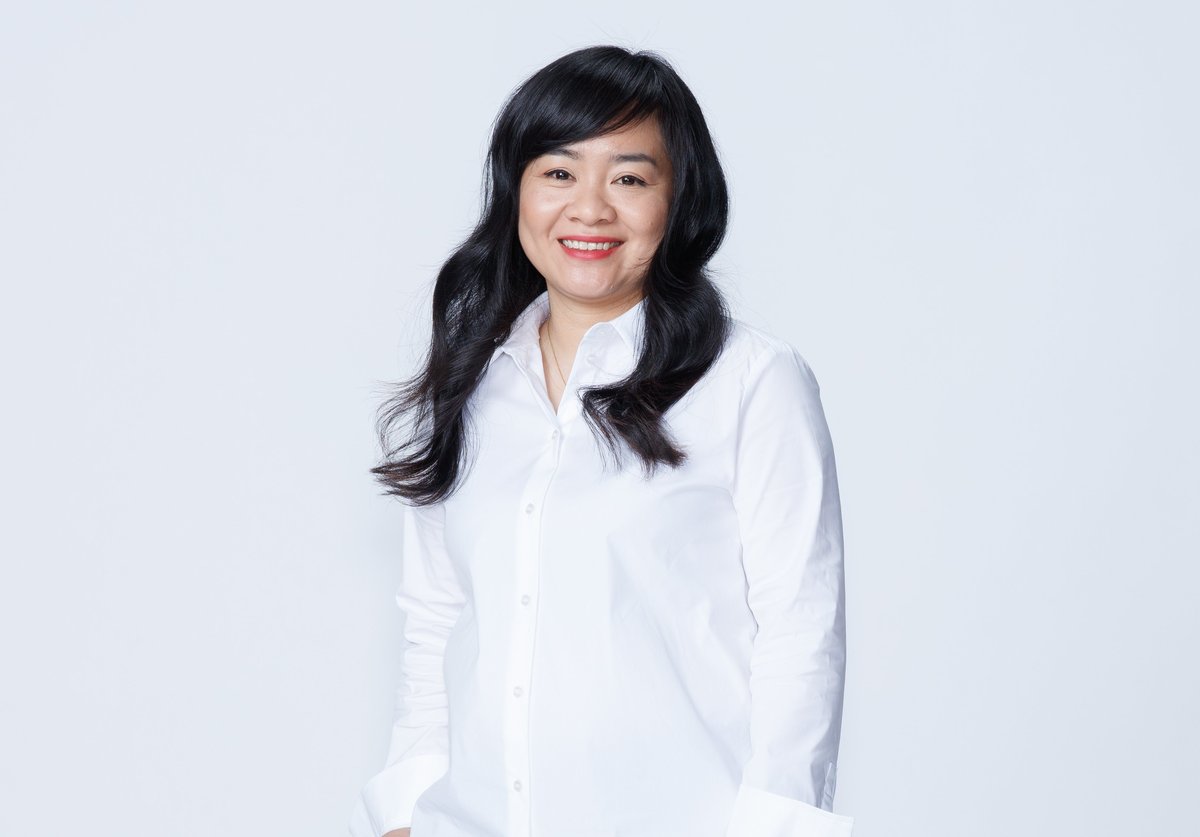 Dr Kate Nguyen from RMIT University is currently working on a sustainable coating that could literally save thousands of homes from bushfires.

Last year our bushfire season was unprecedented, killing 34 people, nearly three billion animals and destroying at least 3,500 homes in thousands of fires. We've been warned more seasons like the devastation of 2019/2020 are in our future as our planet continues to warm.

Dr Nguyen's ceramic-like coating is made from industrial waste that would ordinarily end up in landfill, turned into an environmentally friendly coating that will provide a protective envelope over a building.

Speaking to Mamamia, Dr Nguyen says she was inspired by naturally fire resistant native trees in Australia, and as a mother of two young girls she is very interested in helping "the sustainable development of our cities for future generations."

Thanks to funding support from the L'Oréal-UNESCO For Women in Science program, Dr Nguyen has been able to start work on the project immediately in 2020, and while the coating won't be ready for the bushfire season that's already upon us, she's hopeful to have some pilot applications up and running for the 2021/2022 season.

"Like millions of Australians I watched with horror the bushfires that ravaged part of the country earlier this year. I hope my research can protect many homes in fire-stricken areas," said Dr Nguyen. 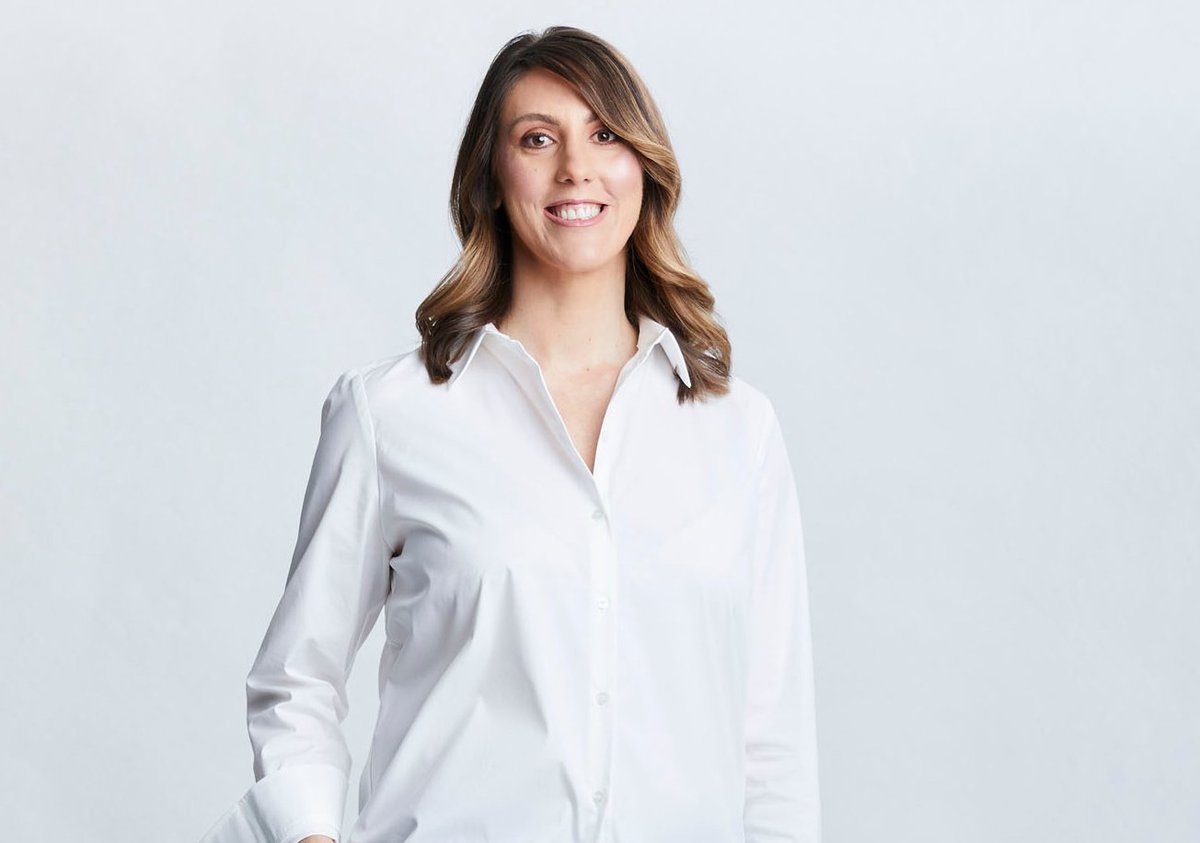 Thanks to our warming planet, we are at a real risk of losing Queensland's incredible Great Barrier Reef within our lifetime.

University of Technology Sydney's Dr Emma Camp is focusing her expertise on finding resistant corals that have the ability to survive in increasingly hostile ocean conditions.

Dr Camp hopes to understand the genetic traits of these corals and seed a stock of them which they can then transplant into areas devastated by mass coral death, to hopefully bide us some time as we take action, as a global community, while we reduce our carbon emissions.

Speaking to Mamamia Dr Camp says 2020 has given us a new perspective.

"The global disruption to our normal way of life due to COVID-19 presents a unique opportunity to create a new norm, one where we are not separate from nature and we focus on addressing the loss of biodiversity and climate change," she said.

"If we lose coral reefs we lose not only an immensely beautiful, intricate and fascinating ecosystem, we lose the biodiversity it maintains and a whole suite of ecosystem services they provide," Dr Camp told Mamamia.

"My research is looking to aid corals by 'buying them time,' but we fundamentally need to address the causes of climate change... the continued barrier of inaction or slow action is frustrating and heartbreaking as I am witnessing the impacts it is having on our amazing reef systems," she warned. 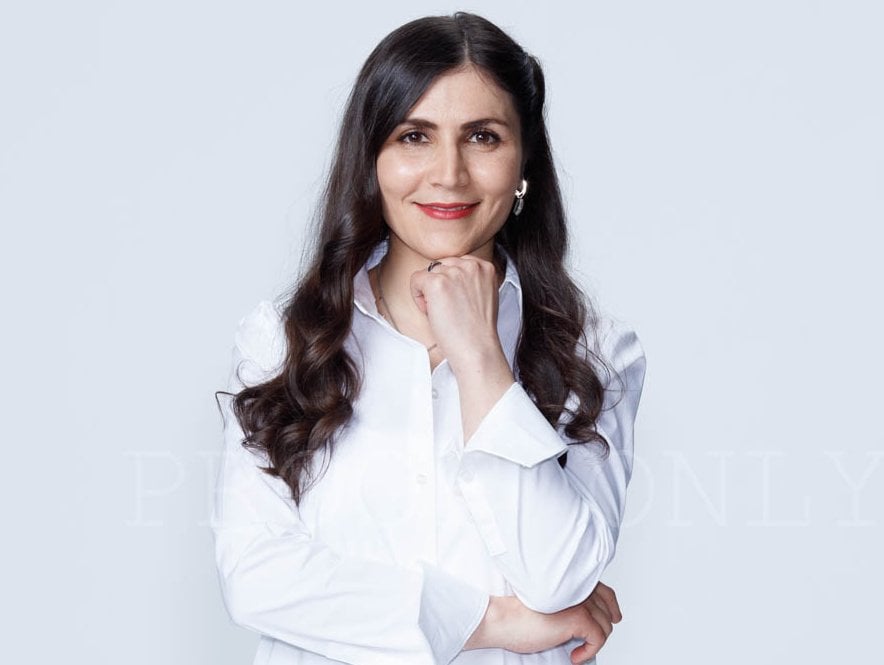 CSIRO's Dr Marzi Barghamadi is working on lithium metal battery technology, to create longer lasting and higher power batteries so that we can all one day zip around in powerful electric cars.

There are several critical changes that must be addressed for these kinds of batteries to meet requirements, and Dr Barghamadi's research aims to solve one of the biggest challenges - the mechanism behind metal degradation that results in batteries with a low cycle life and low safety.

"We all want electric cars that will allow us to drive longer distances with one charge," she explained.

"Lithium batteries have a much lower environmental impact than fossil fuels. So, the aim is to replace more fossil fuels with these batteries," she added.

Realistically, Dr Barghamadi doesn't see electric cars being rolled out en masse in the "early future," but tells Mamamia, "we can speed this transition."

In 2019, electric vehicles made up roughly about 0.5 per cent of all vehicles on the road, but Dr Barghamadi is confident that "they could be, and will be our future reality if we as a society take considered steps towards this transition." 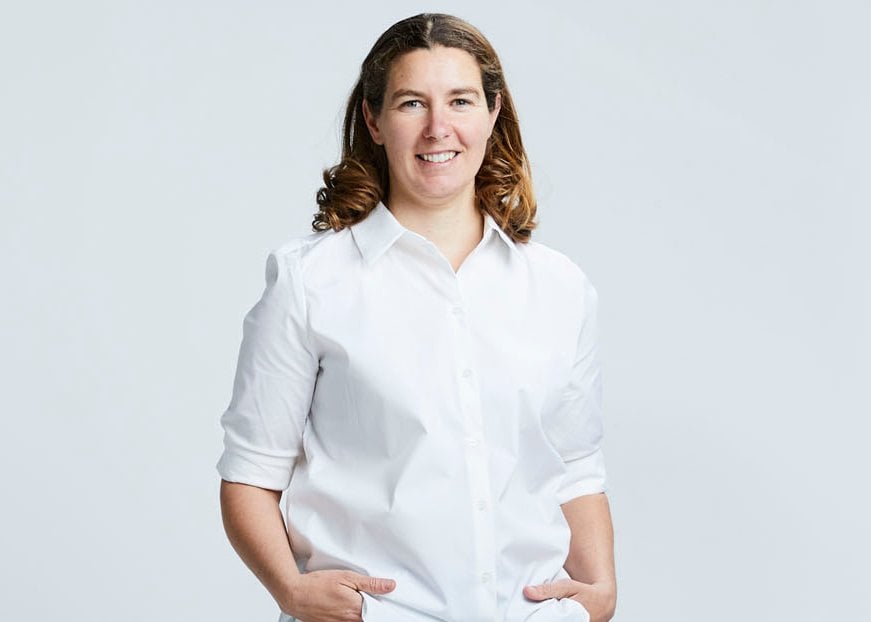 It's pretty grim stuff, but as Dr Morrison tells Mamamia: "The response needed to limit global warming is simple. The first step is to reduce CO2 emissions to zero as soon as possible and the technology to do this already exists."

"It's just the willpower that's lacking," she said, pointing to the Australian government's approach as one that's "clearly not working."

With 85 per cent of the Australian population currently living within coastal regions, rising sea levels are of a major concern, and Dr Morrison's research is crucial for the future planning of our country.

But for someone who literally spends her days mapping when cities will likely be underwater, Dr Morrison is confident we can turn things around.

"The bold and science led response to COVID-19 by both state and federal governments has been one of the most successful responses in the world. It shows Australia is capable of swiftly tackling an emergency situation," she told Mamamia.

"We need a similar ambitious science-led approach to reduce the risk of climate change." 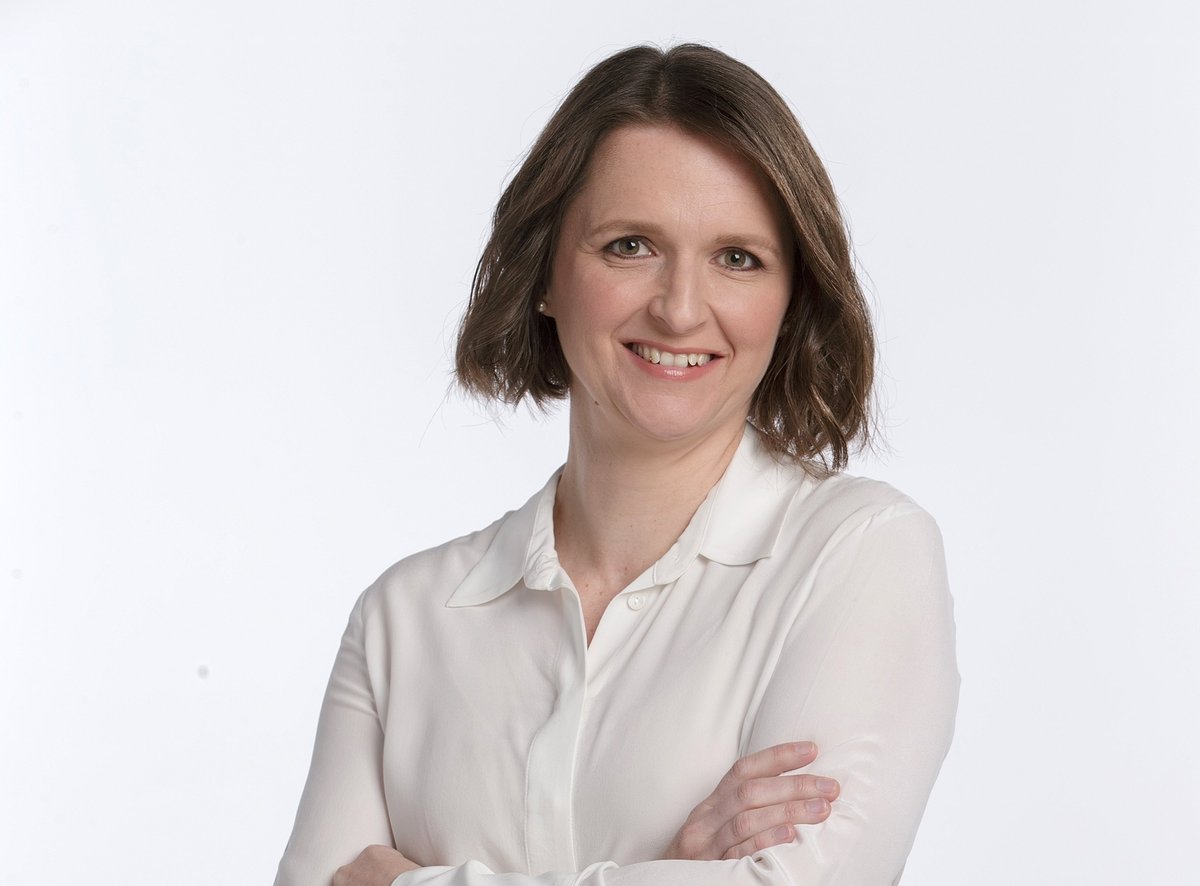 Dr Shari Gallop, from the University of Waikato in New Zealand, is looking into the restoration of estuaries, which are present on coasts all around the world and are hugely important for the preservation of the ecosystems that prop up many of our communities.

Many of the world's largest cities, including Sydney, New York, Tokyo and London, are built around estuaries, and right now they're under increasing pressure.

"Now we know better that estuaries are really important, [but] in the past they have sometimes been considered as 'low value' which means they often haven't been taken care of as they should," Dr Gallop told Mamamia.

Dr Gallop is focusing on 'working with nature' approaches to restore these highly vulnerable interfaces between the land and sea, and is trying to get a better understanding of what makes these restoration projects succeed or fail, so we can continue to future proof them.

"Without these answers, we could be designing estuarine restoration projects and putting huge amounts of resources into making them happen, perhaps without a full consideration and appropriate tools to account for the impacts of climate change," she told Mamamia.