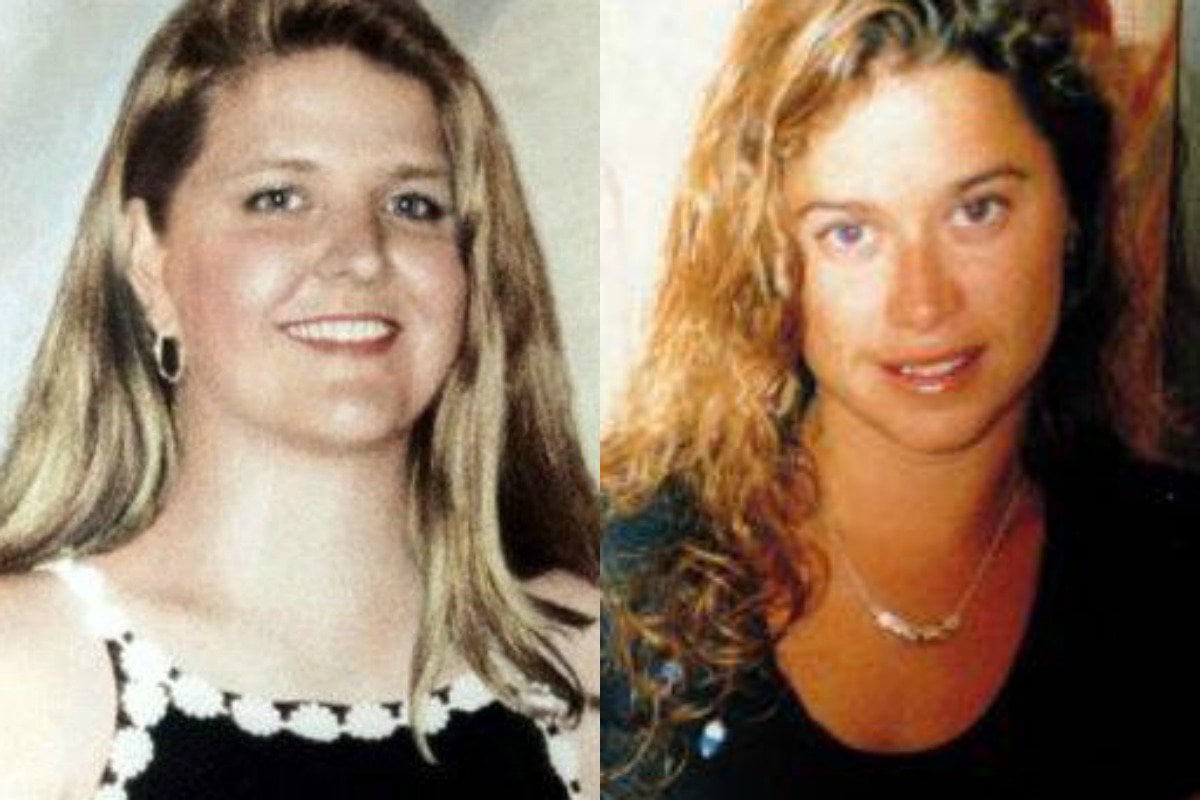 Today, I joined throngs of people in a packed courtroom to hear Justice Stephen Hall deliver his verdict on the Claremont Serial Killer trial.

I was there because, like many Perth women, I had a score to settle.

In 1995, I drove my shitbox car with the broken antenna and overheating radiator straight out of Rockingham and into a share house in Swanbourne, 45 minutes away.

It was a swanky beachside suburb in the Golden Triangle, right on the border of even swankier Claremont, where the lawyers and surgeons and finance guys drank scotch and ate smoked salmon blinis. My childhood stomping ground was dubbed Heroin Town at the time. It was a new world.

There were four of us bunking down in that hovel, which was on the demolition list. Until then, us schmucks would call it home. The 1930s cottage was crumbling and ant-riddled, with no real locks and come-rob-me louvres.

My little asbestos den set me back $50 a week, including electricity. Jammed in that boiling sleepout with an ever-whirring fan, I was happy as a pig in poo. I was almost 19, with lofty dreams of being a magazine writer, and the freedom was heady.

There was no weekend in our world. We moshed to Custard and Regurgitator at the Swanny Hotel. We danced at Club Bay View and lined up for Sunday sessions at the Conti in Claremont.

We set out on foot, cobbling along in our platform espadrilles, because we were poor and scoring a taxi in Perth was largely an exercise in futility. We didn’t have mobile phones. They were only for rich people, and the size of large bricks. Besides, walking home alone on a balmy night felt as natural as breathing. This was Perth.

But in 1996, over a hot, sticky summer, Sarah Spiers went missing from one of our regular haunts. Sarah was 18, and had kind, smiley eyes.

She was at Club Bay View with friends and called it a night around 2am. Sarah used a pay phone to order a taxi on Stirling Highway, but by the time it pulled up three minutes later, she was gone. Sarah hasn’t been seen since.

She wanted to kick on at the Conti a bit longer and told her friends to go on home without her. Her naked body was later found face down in Wellard, 43km away, by a young mum picking death lilies with her children.

March 15, 1997, was my flatmate’s 20th birthday. We painted on thick foundation and squeezed into our finest Hounddog tube skirts. We almost went to the Conti but switched to the Swanny Hotel last minute.

That night, my flatmate drank too much, too soon, and decided to walk home to sleep it off. A white car trailed behind her. The hair on her neck rose, and she legged across an oval to escape it.

We soon learnt another young woman was also out that night. She was at the Conti, where we almost were. Her name was Ciara Glennon, and she was a whip-smart, feisty lawyer with a mass of curly locks. At 27, she’d just returned from exploring the world and was back home in Perth to perform bridesmaid duties at her sister’s upcoming wedding.

Ciara was tired that night. She left early, bidding her work colleagues farewell before heading home on Stirling Highway. Some youths eating fast food spotted her gesturing with her arm to oncoming cars.

“You’re crazy for hitch-hiking,” one called out to her.

Ciara flipped them the bird and strode on.

That night, Ciara was murdered. Her body was found three weeks later in Eglington, 56km away.

Nothing was ever the same again. We were shaken to the core by the disappearance and murders of these young girl-women who, like us, were simply out, cherishing their friends and owning their freedom and independence.

We stopped being brazen after that. An invisible killer loomed over us, silently, ruthlessly. We had no idea when he would strike next and we lived with the paranoia that it could be any one of us.

That’s why today, I lined up at 8am to cram into a crowded courtroom to watch Bradley Robert Edwards learn his fate.

As for Sarah Ellen Spiers? Not guilty. With no body, there simply wasn’t enough evidence.

Aside from a slight shake of the head, this sadistic rapist and murderer barely emoted. How so, when he stole so much? Rich, full lives. Promising futures. Shamelessly, violently. He stole daughters, sisters, granddaughters, aunties, nieces, cousins, friends. Many were in court today, tears streaming down their faces as the verdict was read.

He also stole our freedom. He made young women shrink, become smaller. He made us anxious. Made us feel weak. We used to stride home alone, with confidence. Just like Ciara. Suddenly, we were hiding behind men so we could stay safe – if we went out at all.

And yet, we were the lucky ones. We got to grow up. We’re women in our 40s now, with kids and relationships and careers and four decades of memories. We got to move out of our feral share houses and into homes of our own. We got to fulfil our dreams. I became a writer. I can’t stomach KFC anymore. My liver has regenerated.

Ciara and Jane, I’m so sorry it was you.

Sarah, I’m so sorry you have never been found, and there may never be enough evidence to convict your killer. When Ciara’s mother embraced yours in a moment of gut-wrenching unity today, I have no doubt your arms were around her, too.

I’m so sorry for the life you all still had to live. You will never be forgotten.

To the brave women Bradley Robert Edwards pleaded guilty to attacking in 1988 and 1995, I’m so sorry you lost the ability to sleep soundly. I’m so sorry for what he did to you.

And to all the other women who never felt safe walking alone again on a balmy night, I’m sorry too.

Reply
Upvote
Hopefully he at least confesses to murdering Sarah Speers now he has nothing left to lose.
How dare he take so many lives, and destroy so many others. I can’t even find a word horrible enough for him.
3
3boysandme 2 years ago