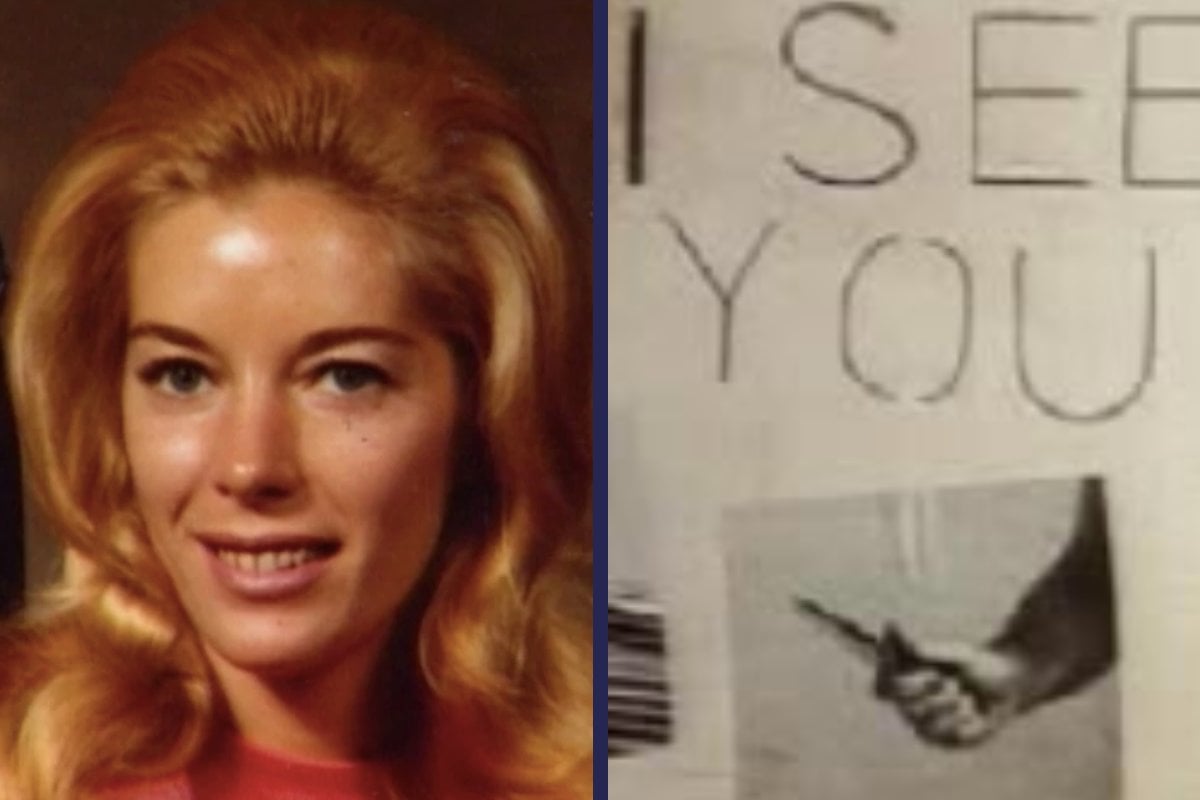 This story includes graphic depictions of violence that may be distressing to some readers.

In June 1989, police found the body of nurse Cindy James in the yard of an abandoned house in Vancouver. Her hands and feet were tied behind her back, she had a stocking tied tightly around her neck, and she was bruised and beaten.

So why did police suspect it was suicide?

James' death followed a seven-year campaign of harassment, threats and violence against her, and even an arson attack on her home. The person behind it all was not identified. Was it, as police believed, James herself?

Until the campaign against her started, James had led a quiet, unremarkable life. The daughter of air force colonel Otto Hack and his wife Tillie, she studied nursing after leaving high school, and while studying, fell in love with Roy Makepeace, a South African-born psychiatrist two decades older than her. She married him in 1966, but 16 years later, left him.

She reported the calls to police. The harassment continued. A brick was thrown through her window. Her pillow was slashed.

A police officer, Pat McBride, took a personal interest in the case. He installed deadbolts on her doors and began visiting her every day. Before long, the two of them were in a romantic relationship, with McBride moving in and living with her for a short time before she asked him to move out again.

The harassment escalated to violence. One night in early 1983, her friend Agnes Woodcock dropped around to see her. When she didn't answer the door, Woodcock walked around the yard, looking for her.

"I found her crouched down with a nylon stocking tied tightly around her neck," Woodcock told Unsolved Mysteries. "Cindy said she'd gone out to the garage to get a box and someone grabbed her from behind."

She moved house, painted her car a different colour and changed her surname from Makepeace to James. But the harassment continued. The police kept investigating, and for a time, suspected James' ex-husband of being behind it. They got James to take a polygraph test, and the examiner said it showed she was withholding information.

Her own family believed this was true.

"Cindy told me that after she was attacked, the knife was held at her throat and she was told that if you talk, your sister will be next, and then your mother," her mother said. "So just keep quiet, don't tell anything."

The police began wondering if James could be the person behind it all.

Canadian crime reporter Neal Hall, who wrote the book The Deaths Of Cindy James, says over the years, James complained to the police about over 100 incidents, and the police spent an estimate $1.5 million investigating them, catching no one.

"There was never a fingerprint from a suspect, there was no independent corroboration," he said.

James hired a private investigator, Ozzie Kaban. He installed alarms and gave her a two-way radio. He received a threatening call that was recorded on his answering machine.

One day, after hearing strange noises on the two-way, Kaban went around to James' house, and saw her through a window, lying on the floor. Thinking she was dead, he kicked in the door, and found her with a paring knife embedded in her hand.

"That was about the most bizarre," he told A Current Affair, "because when you have a knife through a person's hand with a note saying, 'Next time you're dead,' and then you find a person and you can't find any vital signs, that's a little chilling."

The police continued to investigate, at times having her house under surveillance 24 hours a day. But nothing ever happened while the police were sitting outside watching.

One time she came home to her dog Heidi trembling, with a cord wrapped around her neck. Another time she found three dead cats in her garden, with a note saying, "You're next."

Then James was found in a ditch, semi-conscious, with a stocking tied tightly around her neck, suffering from hypothermia.

She started getting her friend Agnes Woodcock and her husband Tom to spend the night. Once, Woodcock remembers being woken up by James who told her there was a noise downstairs. When they went down to check it out, they found a fire in the basement.

Police suspected James had lit the fire herself.

Her sister, Melanie Hack, says James ended up needing medical intervention because she "tried to starve herself to death" after the fire that destroyed her recreation room and jeopardised the lives of her friends. She was committed to a psychiatric facility, where she stayed for 10 weeks.

"I think one of the things she found most difficult was that people didn't believe her," her psychotherapist, Allan Connolly, told Unsolved Mysteries. "She was always doubted. She knew she was doubted and that was what slowly drove her crazy, the fact that she wasn't believed."

On May 25, 1989, James disappeared. They found her car with blood on the driver's side door. Two weeks later, her body was discovered.

"She was lying on her side, fully dressed, and one shoe was off," Don Vinish, who found the body, told the Weekly World News. "A cord was wrapped around one ankle and a wrist. This definitely wasn't a suicide. You couldn't possibly put yourself in that position."

Despite the stocking tied around her neck, an autopsy found James hadn't died from strangulation. She'd died from an overdose of morphine and the sedative flurazepam.

The coroner investigated her death.

"In our democratic system, you're assumed to be innocent until proven guilty," her father told The Vancouver Sun, "but all I've seen in the coroner's investigation is that Cindy was the architect of most of these incidents, if not all."

The coroner ruled that her death was due to an "unknown event".

James' sister says over the seven years, there were many theories about who was behind the harassment, not just her ex-husband and James herself but also police officer Pat McBride, the disgruntled parent of a child James had looked after in her job, and more.

"Although the evidence was contradictory, confusing and incomplete, the police ultimately believed Cindy was knowingly behind her own harassment, while Roy came to believe Cindy was a multiple personality, unaware she was tormenting herself," Hack wrote in the book Who Killed My Sister, My Friend. "Even the doctors pulled into Cindy's world had varying opinions. And as the evidence slowly unfolded for me, my thoughts and beliefs played a game of ping-pong, going back and forth over the possibilities, desperate for an answer."

If you or someone you know is at risk of violence, contact: 1800 RESPECT.

If you or someone you know is struggling with mental health, please reach out to SANE Australia on 1800 187 263.