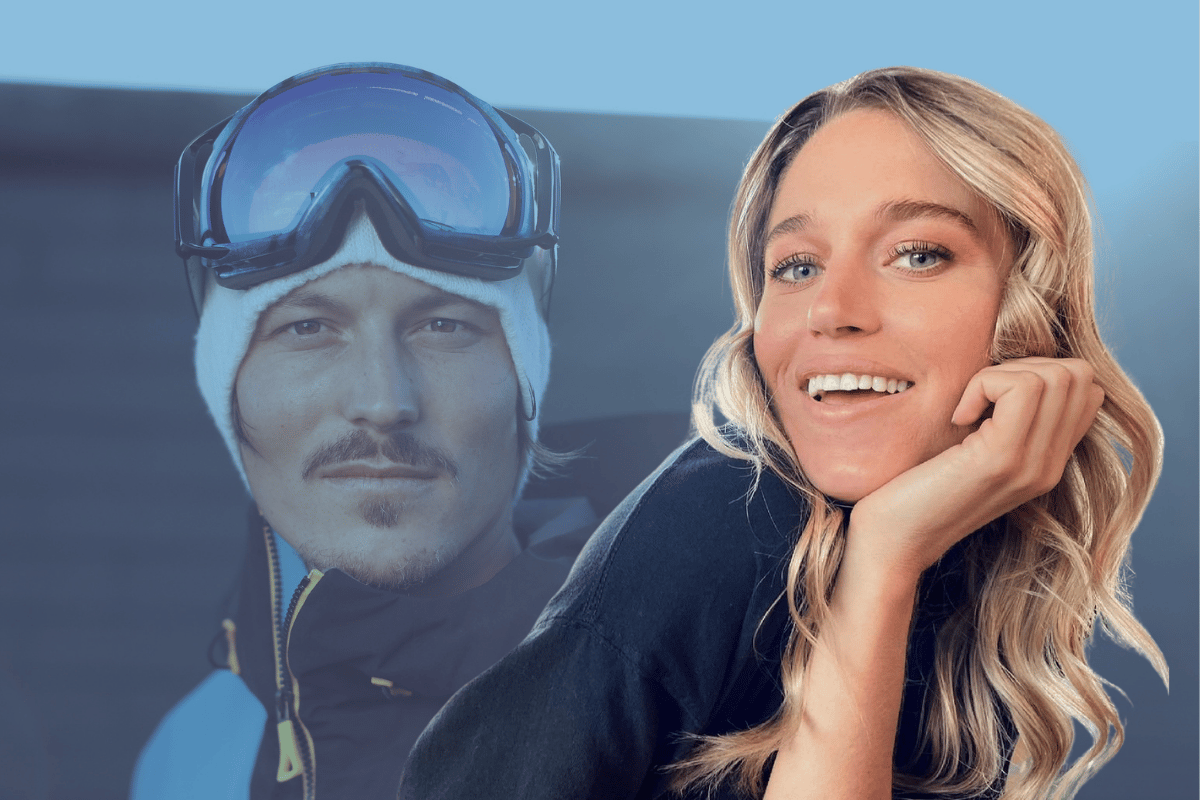 It's been just over a year since Aussie snowboard champion Alex 'Chumpy' Pullin died in a freak diving accident.

The 32-year-old Winter Olympian was pulled from the water after he was found unresponsive while spearfishing in the Gold Coast last July.

Now, in a "heart-wrenching plot twist", his girlfriend Ellidy Pullin is pregnant with their child.

In June, Ellidy announced that she fell pregnant after successfully conceiving through IVF.

"Bubba Chump coming this October. Your Dad and I have been dreaming of you for years little one," she wrote on Instagram, alongside a series of photos of her bump.

"With a heart wrenching plot twist in the middle, I am honoured to finally welcome a piece of the phenomenon that is Chumpy back into this world!"

The swimwear model and podcast host went on to share that the pair were hoping to fall pregnant the month Chumpy died.

"When my love had his accident, we all held onto hope that I’d be pregnant that month. We’d been trying for a baby. IVF was on our cards but it wasn’t something I ever imagined I’d be tackling on my own. Bittersweet like none other, I’ve never been more certain or excited about anything in my entire life."

Ellidy also shared a photo of her and the couple's dog, Rummi.

"When you do a pregnancy shoot with your dog instead of your person. All of the feels," she captioned the post.

Chumpy, who competed at three Winter Olympics, drowned in what was believed to be a shallow water blackout at Palm Beach, Gold Coast, on July 8.

That morning, he was found unresponsive on the ocean floor of an artificial reef by a local snorkeler.

Lifeguards rushed to help before paramedics performed CPR for 45 minutes. However, the 32-year-old could not be revived.

In a piece published by Vogue Australia, Ellidy shared the moment she found out Chumpy had died, after her neighbour told her that a man was pulled unconscious from the water at Palm Beach earlier that day.

"The man would, in fact, turn out to be my partner of eight years... who, just an hour earlier had kissed me farewell on the driveway of our home," she wrote.

"I remember the pin-drop moment when the policeman asked me whether my partner had tattoos, to which I answered, 'Yes, an axe on his chest,' and his eyes spoke the words he couldn’t deliver. I remember fumbling with my phone as I tried to call Chumpy’s parents, not entirely grasping what I was supposed to be telling them."

Ellidy went on to recall texting her friends that "Chump passed away".

"In those immediate days after losing Chumpy, and oftentimes now, I feel like a fly on the wall to my life; a witness to my own grief, but somehow not the main character."

Speaking on her podcast earlier this year, Darling Shine, Ellidy explained that the pair were trying to conceive in the eight or nine months before Chumpy's death. She later fell pregnant after sperm was retrieved from his body.

"In the weeks after (his death) I had hoped to god that I was pregnant. I just prayed for this little miracle. Everyone knew we were trying so hard for a baby and had been trying for ages and were starting to talk about IVF," she shared.

"Luckily the days after - we’re going to talk about sperm retrieval. Up until 36 hours, I think the legislation is in Queensland, you can actually retrieve sperm from a deceased’s person’s body."

"We were able to hustle - Chumpy’s parents were in town, everyone was signing court documents, legal documents and dealing with the coroners and the lawyers and the doctors."

In her piece for Vogue, Ellidy shared that the first embryo transfer wasn’t successful, however, two months later she tried a second time.

"When the first embryo transfer wasn’t successful, it was a fresh blow, but knowing I had another embryo on stand-by, I decided to try again two months later. As soon as that embryo was transferred, I had a gut-feeling it was the one, and at the time of writing, I’m waiting for his or her safe arrival earthside, in the coming months."

"11 months today. Still so unbelievable to me. I miss my person, my everything," she wrote.

The couple started dating in 2012 after they hit it off at a birthday party. They had known eachother 10 years earlier through mutual friends.

"We just started talking, and I called her out for a dance," Chumpy explained during a 2016 interview with Buro.

"[It was] heaps old school... Dragged her out on the dance floor."

Speaking about her pregnancy on the podcast, Ellidy described it as "the most bittersweet thing in the world".

"It’s a complete emotional rollercoaster, but this is my greatest gift."

"It didn’t unravel the way we planned, life is literally crazy, but we’re having our baby. It’s so unreal and so emotional."