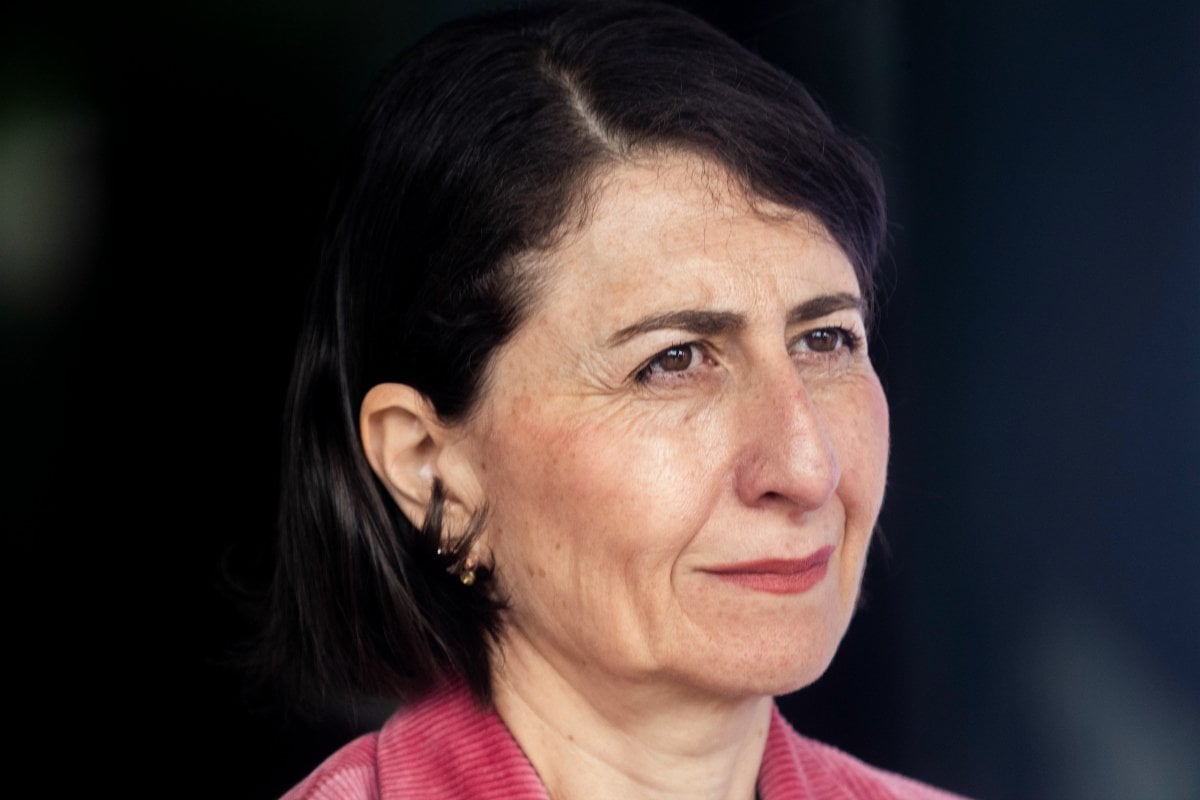 NSW Premier Gladys Berejiklian has announced rules for gatherings over the Christmas period for people in Greater Sydney, as the city races to contain a virus cluster in its Northern Beaches region.

The new regulations, which apply for December 24, 25 and 26 only, effectively see Sydney divided into three zones:

No restrictions apply to regional NSW.

The new rules come as NSW recorded eight cases of community transmission in the 24 hours to 8pm Tuesday, seven of which were directly linked to the Northern Beaches cluster. The other was a direct contact of the person who worked in transporting people to hotel quarantine.

The recent outbreak has caused havoc for the Christmas plans of many.

Thousands of people around the state are self-isolating and will continue to do so over the festive period. All state borders are now closed to people travelling from Greater Sydney as well.

"We appreciate what a difficult time this is for everybody across the state," Premier Berejiklian said. "In particular, our thoughts are with those who are already in isolation."

Prime Minister Scott Morrison has been awarded a prestigious US military honour in recognition of his leadership in addressing global challenges.

The US National Security Council tweeted on Tuesday that President Donald Trump awarded the Legion of Merit to Morrison "for his leadership in addressing global challenges and promoting collective security".

The Legion of Merit is awarded to US soldiers and to foreign political or military figures.

President Donald Trump awarded the Legion of Merit to Scott Morrison "for his leadership in addressing global challenges and promoting collective security". https://t.co/f1D8K1qdsX

Australia's ambassador to the US, Arthur Sinodinos, received the medal on Morrison's behalf.

Sinodinos tweeted that he was honoured to accept the award. He quoted Trump as saying the award recognised that Morrison's leadership "strengthened the partnership between the United States and Australia in addressing global challenges and promoting collective security".

South Australia health authorities are preparing to draw a line through Adelaide's worst coronavirus cluster with the Parafield outbreak to be declared officially eliminated.

If no new cases are reported on Wednesday, the cluster will be considered busted, after the passing of 28 days, or two incubation cycles, since the last infection.

It began when a security guard at one of the city's quarantine hotels unwittingly picked up the virus from a returned traveller last month.

It quickly grew to 33 cases before being contained, partly through a three-day statewide lockdown.

South Australia is also on track to enjoy a COVID-normal Christmas with low-level restrictions and no plans to impose more measures despite continuing concern over the growing cluster in Sydney.

"South Australia is experiencing one of the most COVID-normal Christmases anywhere in the world," Health Minister Stephen Wade said.

"Not only that, we are more open to the rest of Australia than other jurisdictions.

"We have thousands of people coming to South Australia for Christmas. In a number of cases, they wouldn't be able to go to other states and territories."

SA has imposed new measures related to travellers from NSW with anyone who has been in the Northern Beaches area banned from entering the state.

Those from SA will be able to travel to Western Australia from Friday.

Drug firms including BioNTech and Moderna are scrambling to test their COVID-19 vaccines against the new fast-spreading variant of the virus that is raging in Britain.

Ugur Sahin, chief executive of Germany's BioNTech, which with partner Pfizer took less than a year to get a vaccine approved, said on Tuesday he needs another two weeks to know if his shot can stop the mutant variant of the virus.

Moderna expects immunity from its vaccine to protect against the new strain and is performing more tests in coming weeks to confirm, the company said in a statement to CNN.

Moderna did not immediately respond to requests for comment.

The mutation known as the B.1.1.7 lineage may be up to 70 per cent more infectious.

It has sown chaos in Britain, prompting a wave of travel bans that are disrupting trade with Europe.

The long wait for justice for the families of Jane Rimmer and Ciara Glennon is almost over, with Claremont killer Bradley Robert Edwards to be punished for his despicable crimes.

Edwards, who terrorised Perth's suburbs for almost a decade, will be sentenced on Wednesday in the Supreme Court of Western Australia.

#ANALYSIS: Will Claremont killer Bradley Edwards be locked up and the key thrown away? https://t.co/LYN4Q3kJFp

He faces life imprisonment after being convicted in September of abducting and killing Rimmer, 23, and Glennon, 27, in 1996 and 1997.

Edwards, 52, was found not guilty of the 1996 murder of 18-year-old secretary Sarah Spiers.

All three women disappeared after a night out with friends in affluent Claremont. The bodies of childcare worker Rimmer and solicitor Glennon were discovered in bushland weeks after they were killed but Spiers' body has never been found.

Justice Stephen Hall found the evidence showing the confessed rapist's propensity for violent abductions made it likely that he also killed Spiers.

Edwards could face one of the harshest punishments ever handed down in WA, with prosecutor Carmel Barbagallo flagging she might ask for a non-parole sentence.

The Duke and Duchess of Cambridge have been criticised for failing to "make sure they are beyond reproach" after they were pictured breaching the UK's COVID-19 'rule of six' with other royals.

William and Kate and their family were photographed together with the Earl and Countess of Wessex and their children during a night-time woodland walk on the Queen's Sandringham estate in Norfolk.

Norfolk is under Tier 2 of the UK's coronavirus restrictions, meaning up to six people can meet outside.

William and Kate and their children mingle with Edward and Sophie's family despite rule of six https://t.co/CXtWeKVJJ9

The two families – nine people in total – were pictured together on Sunday as they were given a preview of Luminate – an event open to the public where visitors follow a light trail through the country park on the estate.

"The royals should not be relying on the inability of the authorities to enforce the law," Graham Smith, from the organisation Republic which campaigns for an elected head of state, said.

"They have a responsibility to show a higher standard and to make sure they are beyond reproach."

A source at Sandringham said the two families were given separate consecutive slots to visit the trail.

"They arrived and departed in their own family groups," they said.

"As anyone with young children will know, there were moments on the 90-minute walk where it was difficult to keep the two family groups apart, particularly at bottlenecks on the trail."

- The UK has recorded another 36,804 cases of the coronavirus and announced 691 deaths, the highest announced total deaths in a 24-hour period since early May.

- Anthony Fauci, the US' director of the National Institute of Allergy and Infectious Diseases, has received his first dose of the Moderna COVID-19 vaccine on live TV.

- Coronavirus has now reached all seven continents, with the Chilean army reporting 36 cases at its Bernardo O'Higgins research station on the Antarctic Peninsula.