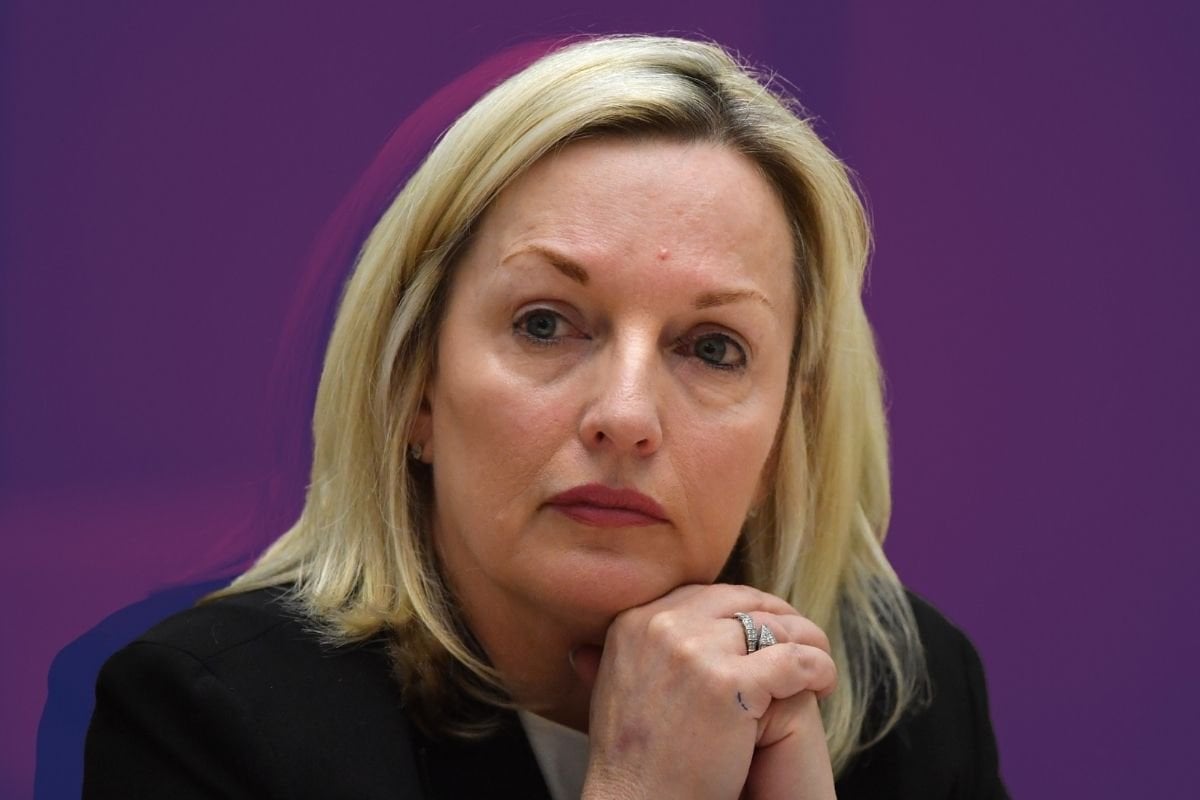 After three years as CEO of Australia Post, Christine Holgate has announced her resignation this week, effective immediately.

Her company has been interrogated over the past few weeks, as news broke that Holgate had spent $20,000 on four Cartier watches for her senior staff.

The prime minister called the gifts "appalling," an investigation into Australia Post's reward culture was promptly announced, and Holgate stepped aside as her name made headlines in every major masthead in the country, usually with the words 'embattled' or 'under fire' next to it.

But this narrative about CEO spending and Australia Post isn't new. What is new, is how Holgate's alleged mismanagement of funds is being treated by not just the prime minister and his government, but by the press.

WATCH: Women In Media Australia co-chair breaks down the 'controversy' on Sunrise.

In 2017, then Australia Post CEO Ahmed Fahour announced his resignation from the job after ongoing political and community uproar about the size of his pay packet. A remuneration report had confirmed Fahour had been paid $6.8 million in the 2017 financial year, sweetened by an additional $4 million in long-term incentives awarded from 2015 and 2016. The figure equated to ten times that of the prime ministers' take home pay.

The bonuses were said to reflect what Australia Post described as Mr Fahour's "sustained success."

While then Prime Minister Malcolm Turnbull was quick to criticise Fahour's salary as "too high," Mamamia has struggled to find any commentary from the time from the mouth of then Treasurer Scott Morrison.

There had also been controversy in 2014 over a $2.6 million donation Fahour gave to an Islamic museum in Melbourne in lieu of his bonus that year. 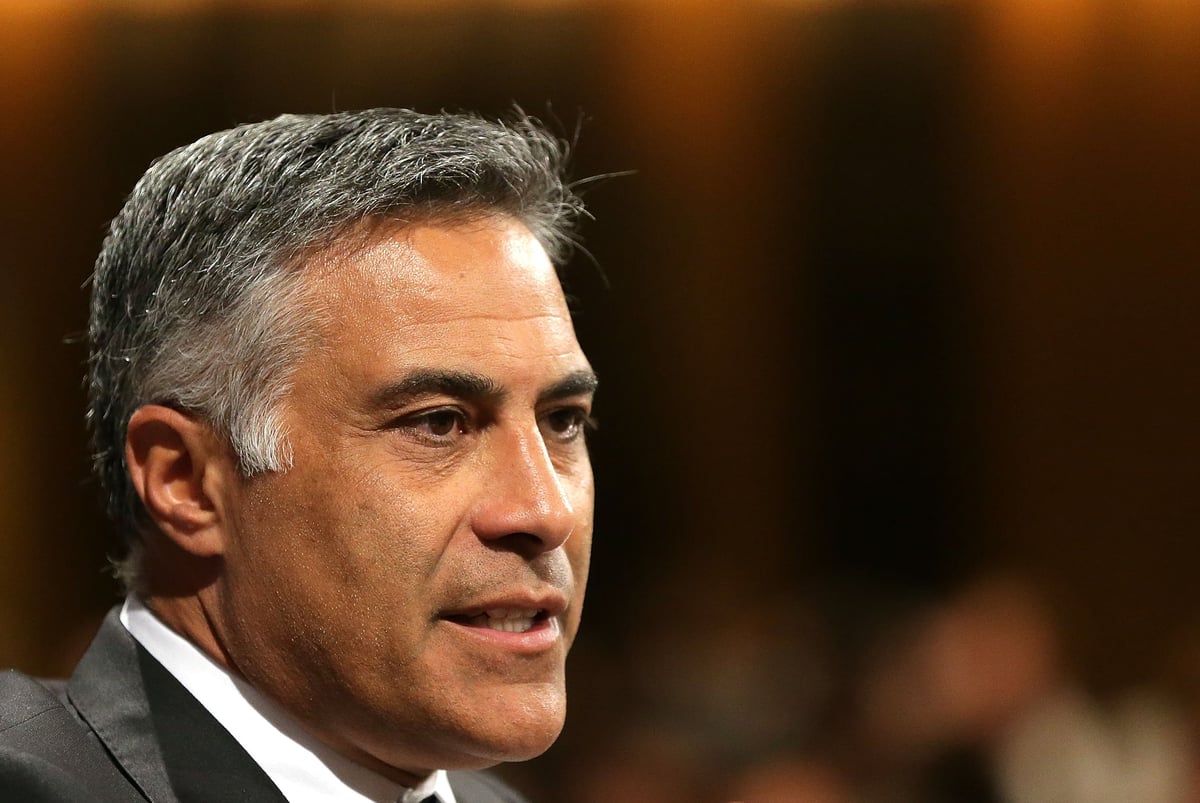 After Fahour's resignation was publicly announced, the federal government ordered the independent remuneration tribunal to oversee the salaries of Australia Post executives.

But when outgoing Blackmores CEO Christine Holgate's appointment as Fahour's replacement was announced, her salary wasn't just less, it was significantly less.

At $1.375 million, Holgate was signing on for five times less than her predecessor.

At the time she told the media, "pay has never been the driver for me wanting to do a job. There wasn’t one point in my conversation with the board that I asked them for a salary."

She told reporters her salary was "large but fair", taking into account the pay packets of bosses at comparable organisations.

But given what Fahour - who spent seven years at the helm of Australia Post took home for the exact same position - the reality of that gaping pay gap put a sour taste on the victory of Holgate being the first woman to lead the organisation in its more than 200 year history.

When you consider that the highest paid women in Australia earn on average $162,000 less each year than the highest paid men, it was a hard pill to swallow. It became even harder to swallow when Fahour walked away with $10.8 million in parting pay despite all the controversies that surrounded him.

By way of comparison, as Holgate leaves in a similarly abrupt fashion in 2020, she will walk away with nothing. Even though she's eligible for a termination payment of six months' salary worth more than $700,000, she has opted to not seek any financial compensation at all. 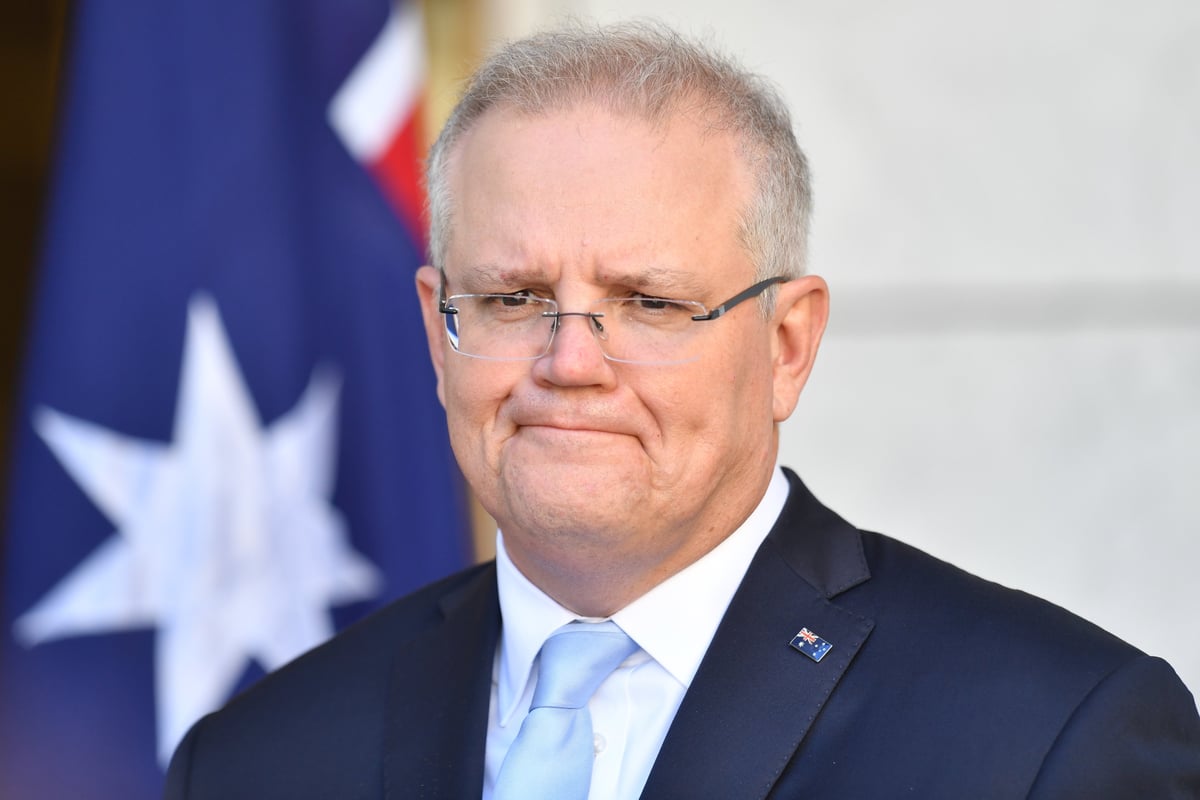 Morrison told parliament he was "appalled" and thought the gifting of Cartier watches to staff was "disgraceful." Image: Getty.

As well as the $20,000 purchase of four Cartier watches, the inquiry currently underway is also looking into further bonuses worth $97 million handed out to Australia Post workers over the past year, a year where workers have worked harder than ever to keep up with the sudden postal reliance the COVID-19 pandemic has demanded.

Around 34,500 frontline workers received "thankyou" payments of $600, and contractors received gift vouchers of $500. The majority of the money was handed to 2,500 workers who hold the title of either general manager, head of department or senior manager, at a cost of more than $60 million.

But those payments don't seem to be getting the same kind of scrutiny. It's the watches that the prime minister and Holgate's detractors have taken issue with, and it's the designer spend alone that seems to have put her head specifically on the chopping block for not passing the "pub test."

As CEPU Communications Union National Secretary Greg Rayner pointed out, "There’s something seriously wrong when management thinks nothing of splashing out on Cartier luxury watches but delivers only cut backs and service cuts for the rest of us."

But Holgate is standing by the purchase of the watches, saying the executives involved sealed a banking deal worth $220 million.

"However, I deeply regret that a decision made two years ago, which was supported by the chair, to recognise the outstanding work of four employees has caused so much debate and distraction," she said.

"I appreciate the optics of the gifts involved did not pass the 'pub test' for many."

Even the former Prime Minister Malcolm Turnbull has expressed his confusion at the uproar, telling the ABC that spending $20,000 on rewarding staff for securing a deal worth $66m a year with three of the big four banks was not a "hanging offence."

Bonus pay is not unusual in the commercial world and is decided on at the company's discretion. Last financial year the company reported a $53 million profit before tax, an increase from the $41.1 million profit the year before. The deal the watches were a reward for will only increase those gains.

It's important at this point to add that Australia Post is a Federal Government-owned business enterprise, but is actually self funded. Like any other business, it uses its assets and resources to turn a profit.

While headlines in mainstream media are all about Holgate's spending on Cartier watches, and the prime minister's disgust at her actions, there are some glaring omissions from the conversation that are bubbling away on Twitter. Namely the ministers that have managed to survive numerous rorts within the government itself.

So the Aust Post CEO has resigned over $20k worth of watches given to executives as bonuses, because that’s what the PM wanted. I look forward to seeing who resigns over the taxpayer purchase of land for $30m valued at $3m, which I’m certain the PM will equally insist happens...

The Cartier Watches. Aus Post is a private business, but owned by the taxpayer. It has to make a profit. Private owned PO’s thanks to Christine Holgate, can now charge the banks for services. Millions in revenue. $20,000 for signing $200M deal? Pittance in the corporate world.

The last two CEOs of Australia Post have resigned over disputes with the federal government, but the loss of Holgate feels different.

Perhaps watches weren't the appropriate choice. Perhaps the entire reward culture of Australia Post needs to be re-thought and toned down. But the witch hunt that's led to Holgate handing in her letter of resignation feels like a scapegoat for a controversy that pales in comparison to some of those that have actually, willingly, misused taxpayer funds within the Morrison government itself. It also pales in comparison to her predecessor's brazen personal pocketing of company money.

It was, after all, the entire Australia Post board that approved the discretionary spending powers, with Holgate encouraged by the chairman himself to reward her employees for their efforts.

Reply
Upvote
1 upvotes
My understanding is that the bonuses paid as a result of Christine Holgate brokering a deal where the banks would pay Australia Post outlets in small communities for providing banking services, where previously bank branches have closed, and the local AP offices have been providing those services for free. So now they're getting a reasonable return for their work. A great achievement, yet completely overshadowed because she decided to pay bonuses in luxury watches. If she had just given them cash bonuses there wouldn't have been any problem.
Don't forget also that this was in 2018, the same year that the wholly taxpayer funded ABC handed out millions of dollars in bonuses to already very highly paid staff... but no-one really seems to care about that.
News
General
Opinion
True Crime
Politics
Sport
Explainer
Entertainment
Celebrity
Reality TV
Movies
TV
Books
Rogue
Royal
Lifestyle
Beauty
Fashion
Weddings
Home
Wellness
Health
Fitness
Travel
Food
Parents
Before The Bump
Pregnancy
Baby
Kids
Teens
School
Parent Opinion
Work & Money
Money
Finance
Career
Lady Startup
Relationships
Sex
Dating
Separation
Friendship
Family
Real Life
Couples