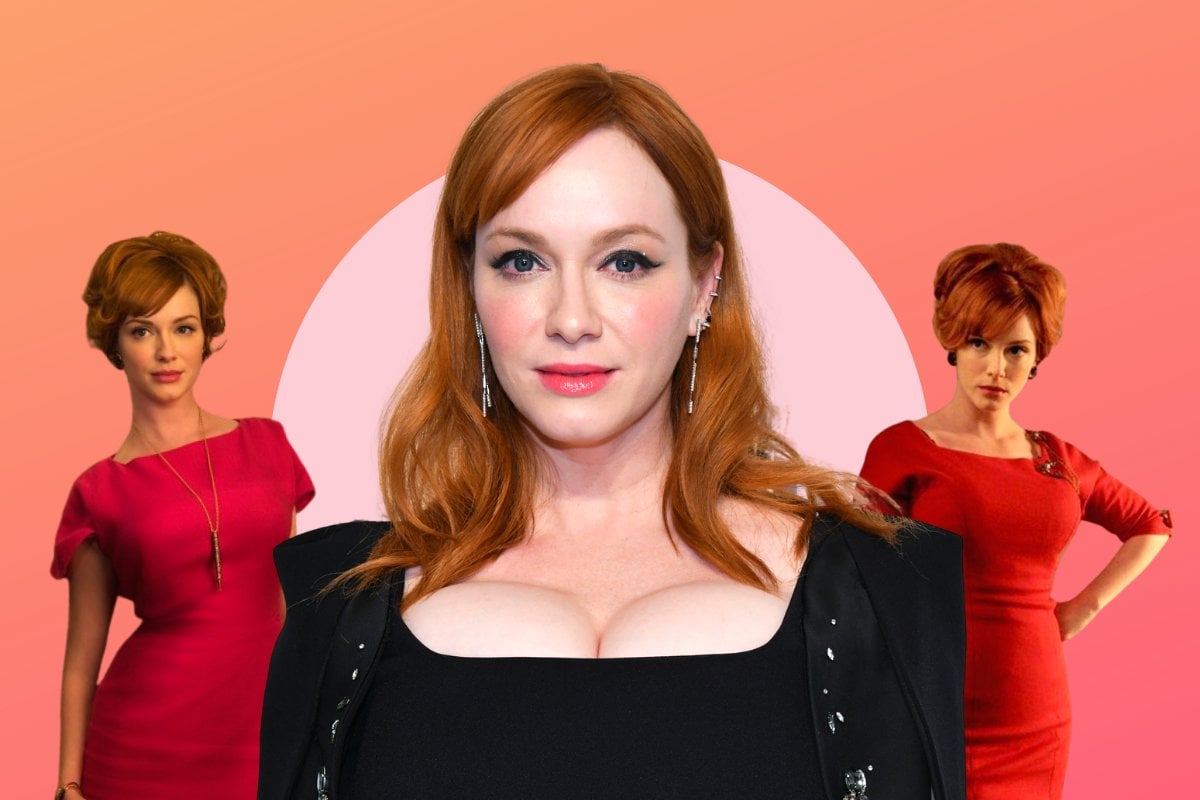 Mad Men is widely accepted as one of the greatest TV shows of all time, and Christina Hendricks was one of its biggest stars.

But it wasn't her talent nor award wins which garnered Hendricks the most headlines. It was her body.

Hendricks was an outlier in Hollywood at the time. Curvier than other leading actors, both on Mad Men and across networks. She was praised in op-eds and editorials and even by British Equalities Minister Lynne Featherstone.

"Christina Hendricks is absolutely fabulous... We need more of these role models. There is such a sensation when there is a curvy role model. It shouldn't be so unusual," Featherstone famously said.

While the attention was positive, for Hendricks it was an annoyance she couldn't shake. Rather than celebrating her talent, she was more widely praised for daring to exist in her body.

"There certainly was a time when we were very critically acclaimed, and getting a lot of attention for our very good work and our very hard work, and everyone just wanted to ask me about my bra again. There are only two sentences to say about a bra," she told The Guardian in June 2021.

Those questions were only spurred on in 2010, when a study by the British Association of Aesthetic Plastic Surgeons attributed a 10 per cent rise of the number of British women receiving breast augmentation surgery in part to Hendricks' influence.

When asked about the study by the Daily Mail, Hendricks said she was perplexed.

"I hope I'm not encouraging that. If there's anything to be learned from me it's that I'm learning to celebrate what I was born with, even though it’s sometimes been inconvenient...

"It's so bizarre that people are constantly asking if my breasts are real or fake.

"They're so obviously real that anyone who's ever seen or touched a breast would know."

Two years later, she made headlines for objecting to a question about being "an inspiration as a full-figured woman" by a Sydney Morning Herald journalist.

In 2012 Hendricks told New York Magazine she was bored by the scrutinising of her body, and it "left a bad taste" in her mouth.

"It kind of hurt my feelings at first," she said. "Anytime someone talks about your figure constantly, you get nervous, you get really self-conscious.

"I was working my butt off on the show, and then all anyone was talking about was my body.

"It might sound silly," she added, "but I didn't realise I was so different. I was just oblivious. Sometimes I would go on an audition and someone would say something like, 'Girl, you're refreshing!' That was it." 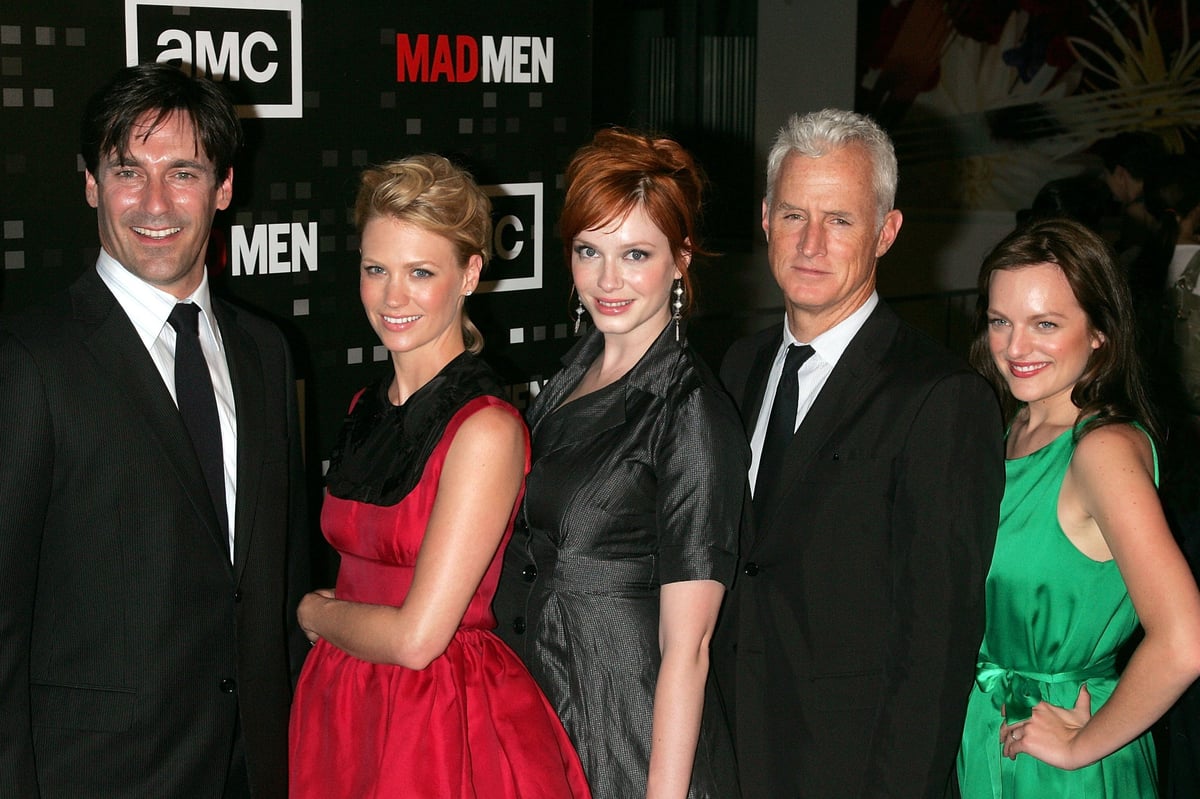 And even though Hendricks was forging new ground for body image in Hollywood, she wasn't the one reaping the benefits.

She told the Daily Record in 2010 even though she received praise for her red carpet looks, it never became easier to find a dress to fit her.

"People have been saying some nice, wonderful things about me. Yet not one designer in town will loan me a dress.

"They only lend out a size zero or two. So I'm still struggling for someone to give me a darn dress."

In Mad Men, Hendricks' character mentors other women in the office in dealing with sexist treatment from male ad executives.

She told The Guardian this behaviour is commonplace still throughout the entertainment industry.

"Boy, do you think anyone in the entertainment industry comes out unscathed and not objectified? I don't know one musician or one model or one actor who has escaped that.

"I have had moments – not on Mad Men; on other things – where people have tried to take advantage of me, use my body in a way I wasn't comfortable with, persuade me or coerce me or professionally shame me: 'If you took your work seriously, you would do this...' 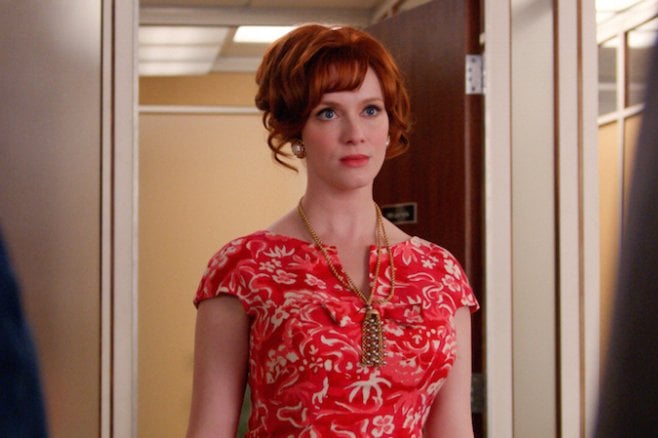 She credited her modelling background with helping her know "to immediately get on the phone and go, 'uh oh, trouble,'" she said.

But she understood this was a societal-wide problem that doesn't just take place in Hollywood.

Despite the uncomfortable headlines and the constant interest in her body it spurred, Hendricks, who now stars as one of the leads in crime comedy Good Girls, looks back at Mad Men fondly.

"No one would give a shit about me if it wasn't for that show. I'd still be doing good work, but no one would have found me," she said.

"If that's the best thing I ever do, it was pretty good."