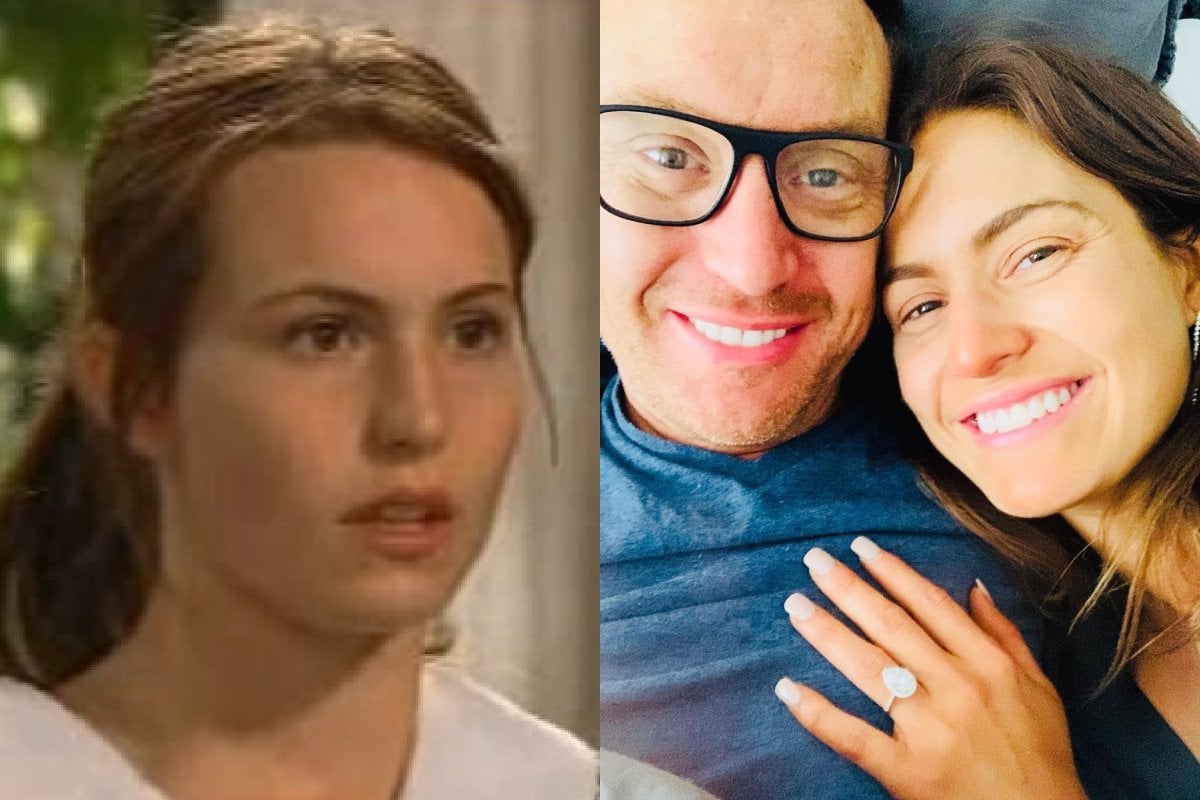 Christie Hayes has been on Australian television screens since she was 13 years old.

The now 34-year-old first came to our attention in her breakthrough role as Kirsty Sutherland on Home and Away, which she played from 2000 to 2005 and again from 2008 to 2009. But you'll likely remember her for one of Home and Away's most controversial storylines, where Kirsty falls in love with Kane Phillips (Sam Atwell), despite the fact he had sexually assaulted her sister Dani (Tammin Sursok).

Before landing the iconic role, Hayes won a scholarship to the McDonald College of Performing Arts in 1997 and studied drama. In 1999, she was cast in the lead role of Maria in The Search For Treasure Island. The following year, she landed the role of Kirsty. She was just 13.

For almost a decade, we watched as Kirsty's character developed. She fell in love, got married, fell pregnant, and found out who she thought was her twin sister wasn't actually her twin sister (and then found her real twin). A lot happened. 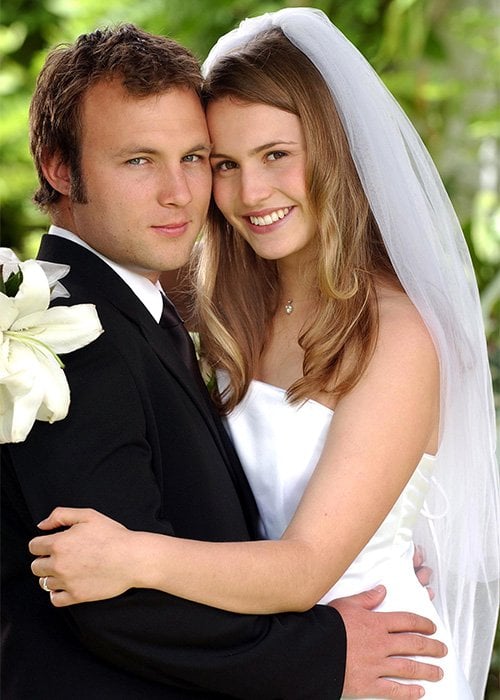 But looking back at the role now, Hayes doesn't think her relationship with Kane Phillips would be acceptable now.

"It wasn't even that long ago, but I look back on storylines that we did on Home and Away and I think: 'That would never be okay now!'" she told Digital Spy in 2019.

"I am grateful for those storylines because 16, 17 years later you're still mentioning them to me and that's a good thing as an actor because they stand out. But I don't think they would be getting away with something like that in this day and age." 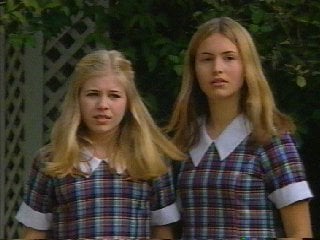 Jade Sutherland and Kirsty Sutherland on Home and Away. Image: Channel 7

In 2008, a 21-year-old Hayes married actor Greg Hatton in the Southern Highlands, New South Wales. After five years of marriage, the couple divorced in May 2013.

A few months later, Hayes met the soon-to-be father of her children, Daniel White. In October 2014, they welcomed their first son, Hendrix. 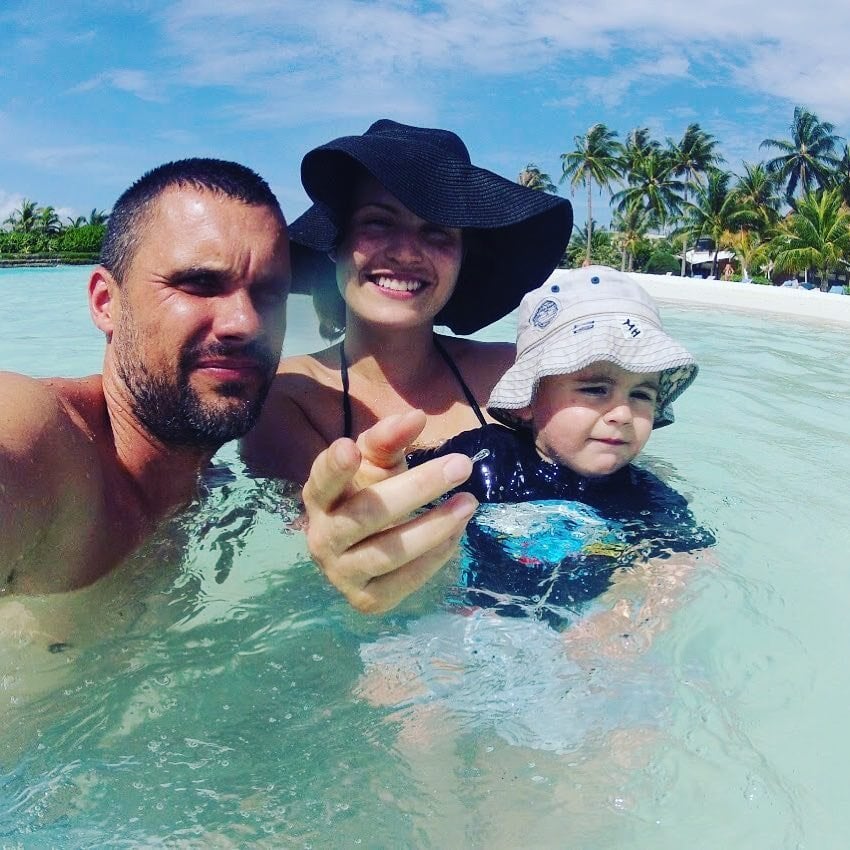 "My first baby was planned, my second was a surprise. A BIG surprise," she wrote for The Modern Mumma, via Now to Love. "One I have been congratulated on, one I have copped flak for, and one that has resulted in the now cringe-worthy experience of people publicly discussing my sex life."

She wasn't overjoyed at first.

"I remember feeling guilty straight away because I didn’t jump for joy. I felt shocked, a little scared and justifiably, very tired," she said.

"Here I was. I’d just given birth, was so tired I couldn’t remember my own name and frankly, slightly depressed at a time I should’ve been happy (according to all my well-wishers who were kindly telling me this was going to be the happiest time of my life). And pregnant. AGAIN."

In September 2015, the couple welcomed their second son, Harley. 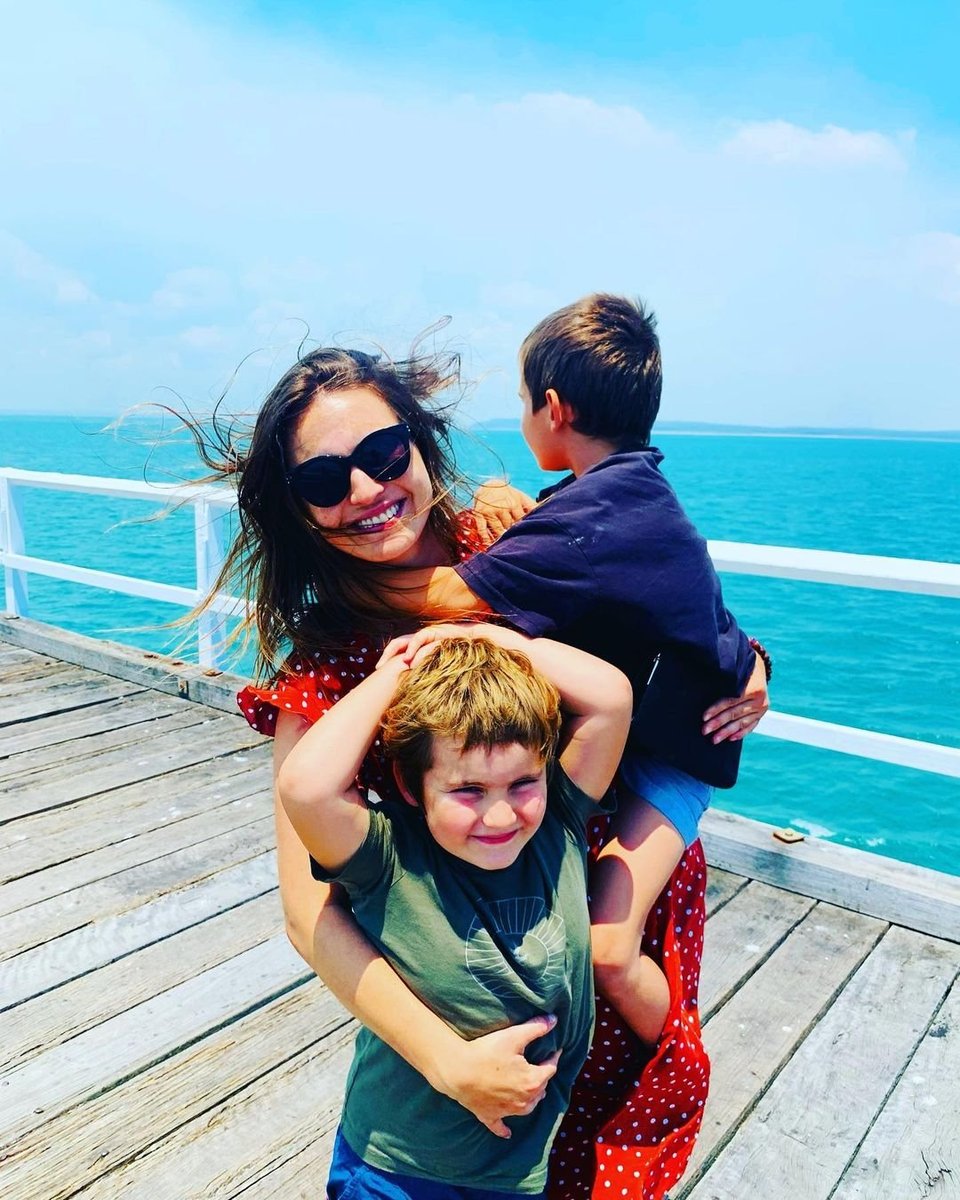 In August 2016, Hayes and White tied the knot. Three years later, Hayes announced on Instagram that she and White separated, but had already been apart for some time.

"Sorry I have been a bit AWOL the last few months, I’ve had a lot of welcome changes!" she began the caption.

"Daniel and I went our separate ways quite a while back now (we were strictly flat mates in every way for over a year and a half, and ladies you have to know your worth and not settle for anything less than happiness!)."

She also landed a gig on breakfast radio at I98FM in 2017 and it's while working at I98FM, Hayes developed a friendship and later romance with colleague Justin Coombes Pearce. 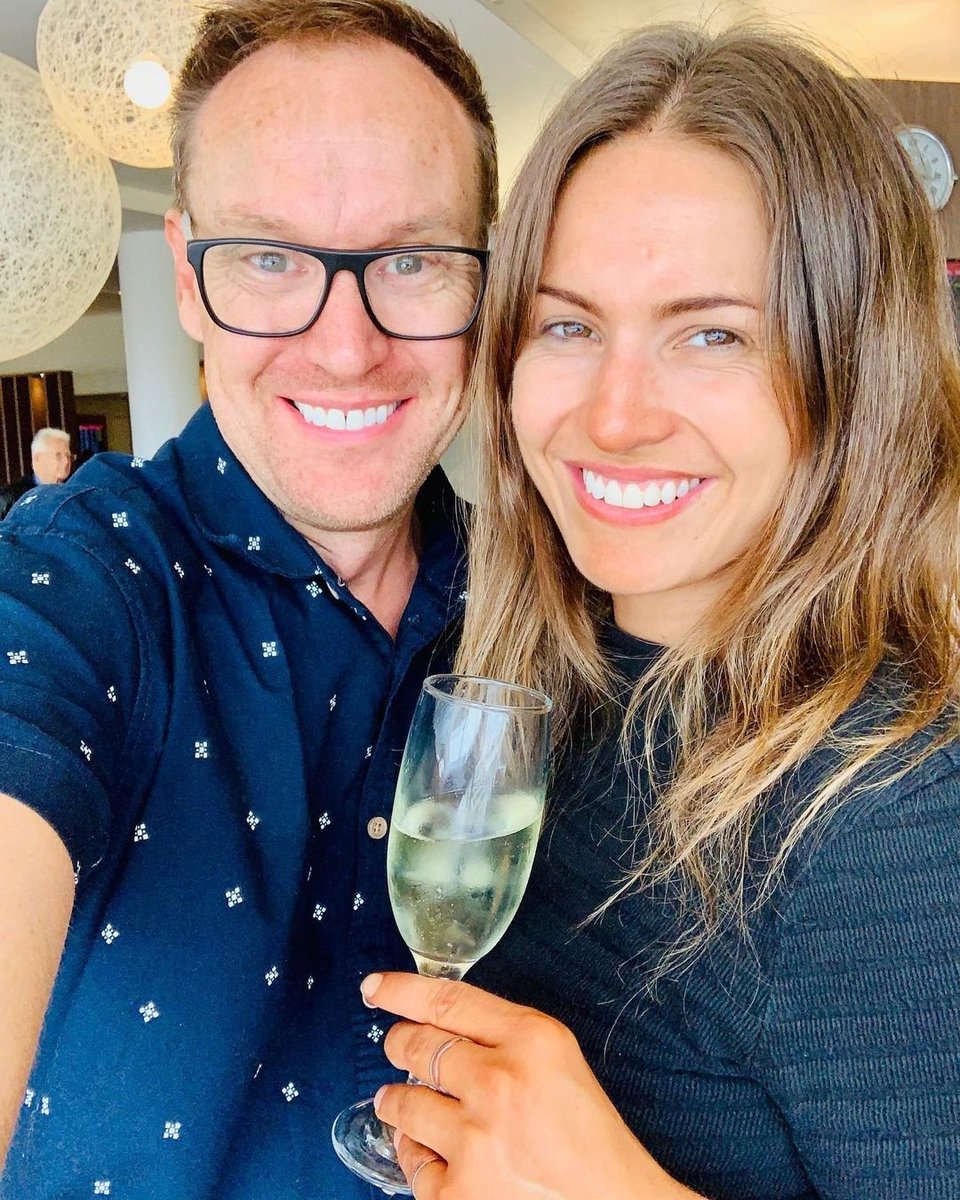 "We were drawn to each other and we were friends and then we were really close friends and kind of really started to gravitate towards each other outside of work," Christie told New Idea in 2020. "And then BANG! It just happened."

One night after a late business meeting, they started dating.

"We just looked at each other and he held my hand and we kissed. We told each other we loved each other on that same night – and have never looked back," she said. 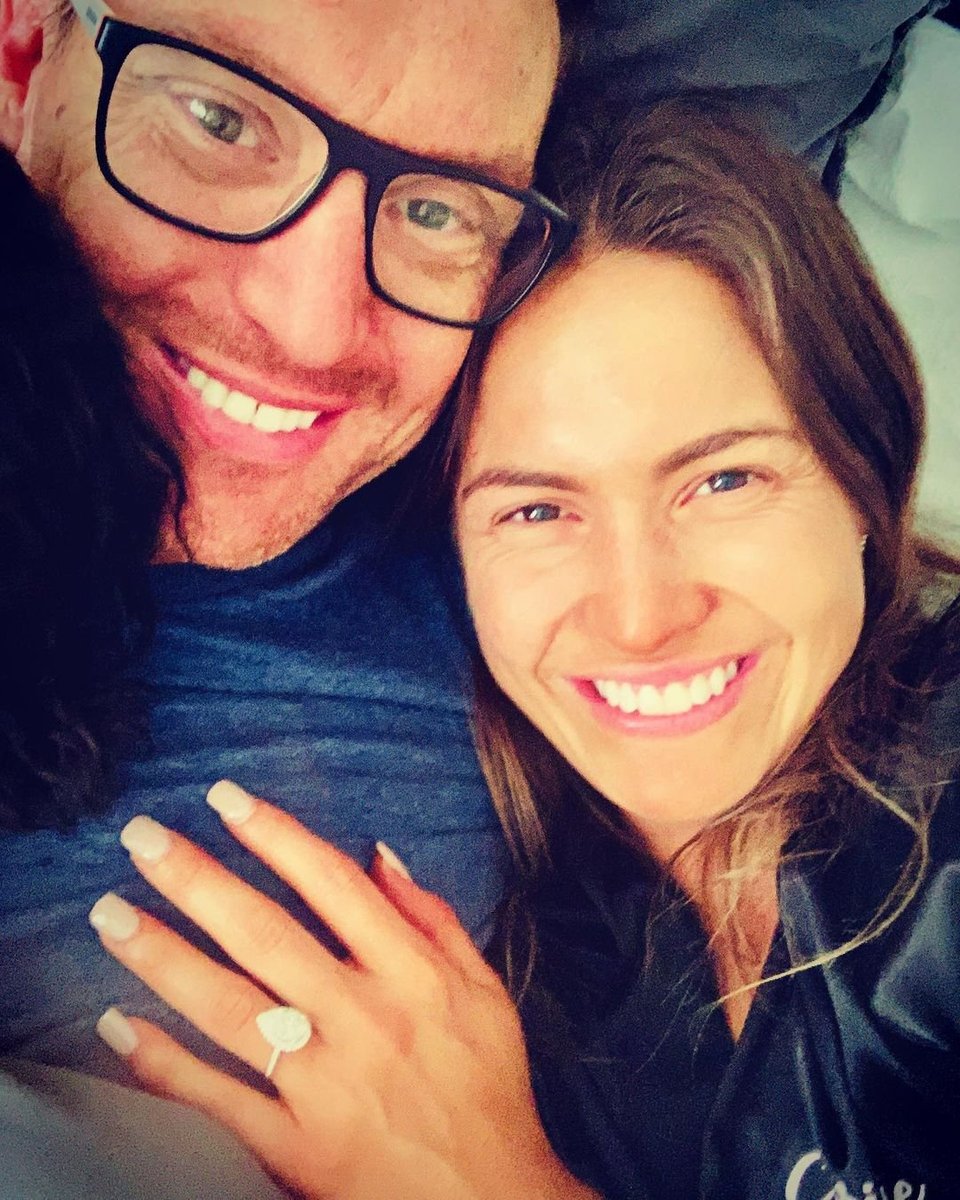 While enjoying a late-night picnic near their NSW South Coast home, Coombes Pearce popped the question.

"It was simple in its execution. It was a beautiful spot, there was Champagne, cheese and chocolate-covered strawberries. It was the most thoughtful and beautiful surprise," Hayes told New Idea.

For the special moment, Coombes Pearce hid the ring inside an antique book titled Reach for the Sky - a special saying for the couple.

"I wrote on the front page: 'Ma belle âme soeur Christie, Veux-tu m’épouser,' which translates from French: 'My beautiful soulmate Christie, Will you marry me?'," he told the publication.

Hayes also shared that both of her boys love him.

"They absolutely love him and he is a wonderful stepfather," she said.

"And they see how happy he makes their mum and how well their mum is treated… so that makes me really happy, knowing the boys will grow up in a happy, loving, stable home." 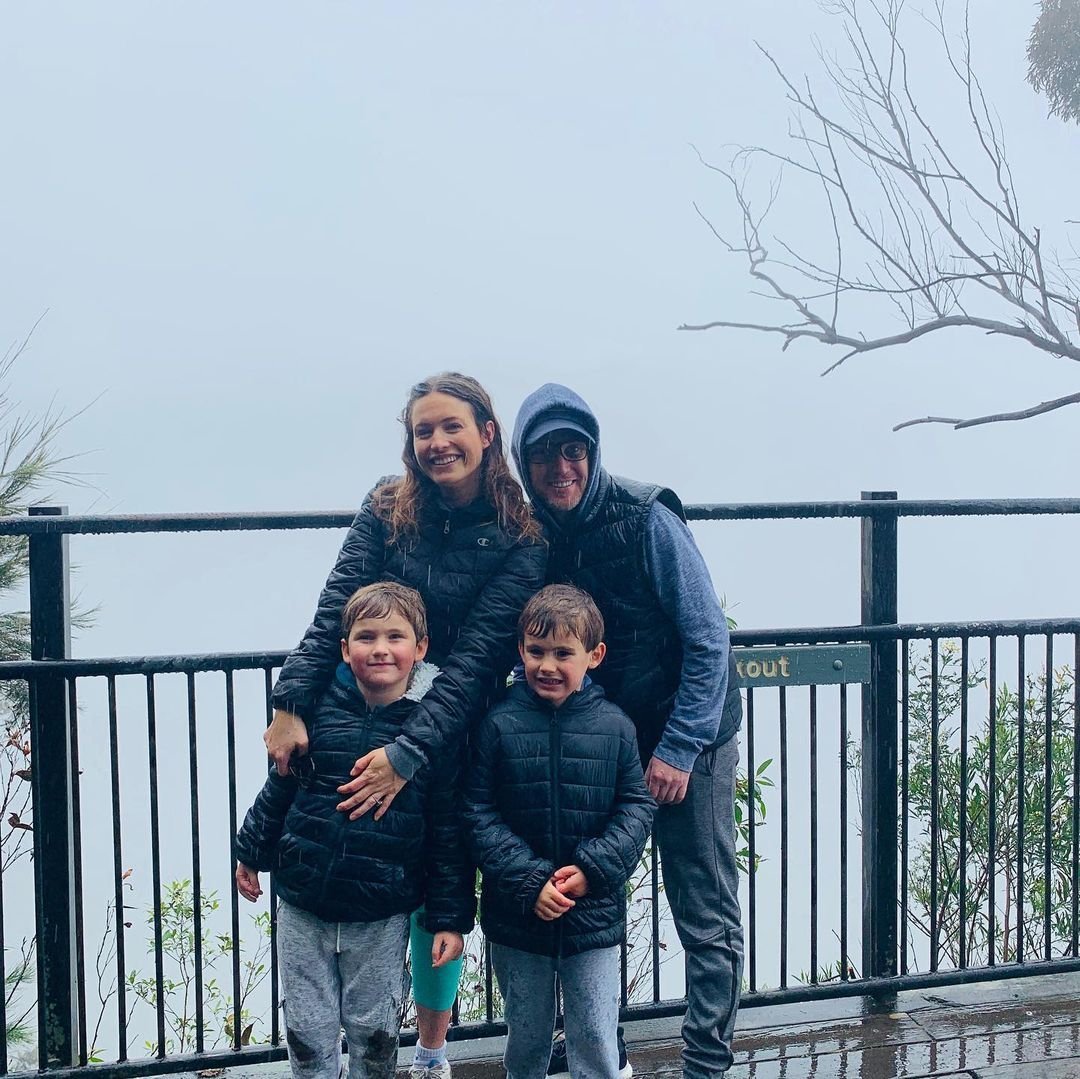 On Thursday, Hayes announced she and Coombes Pearce had secretly married.

In an Instagram photo, she wrote: "The One Where We Eloped. Happiest moment of my life marrying the love of my life."

Hayes previously shared "this time's the real one".

"The first time I got married, I was a kid. The second time I got married was solely for the kids," Hayes told New Idea. "I always believed in marriage – even though I had two short ones that didn’t work out. But I knew I was ready to meet the person I truly wanted to be with and I knew I had finally become my best self.

"I was a mother and empowered and working – and I knew I wanted to find someone I truly loved. This time’s the real one – third time lucky!"