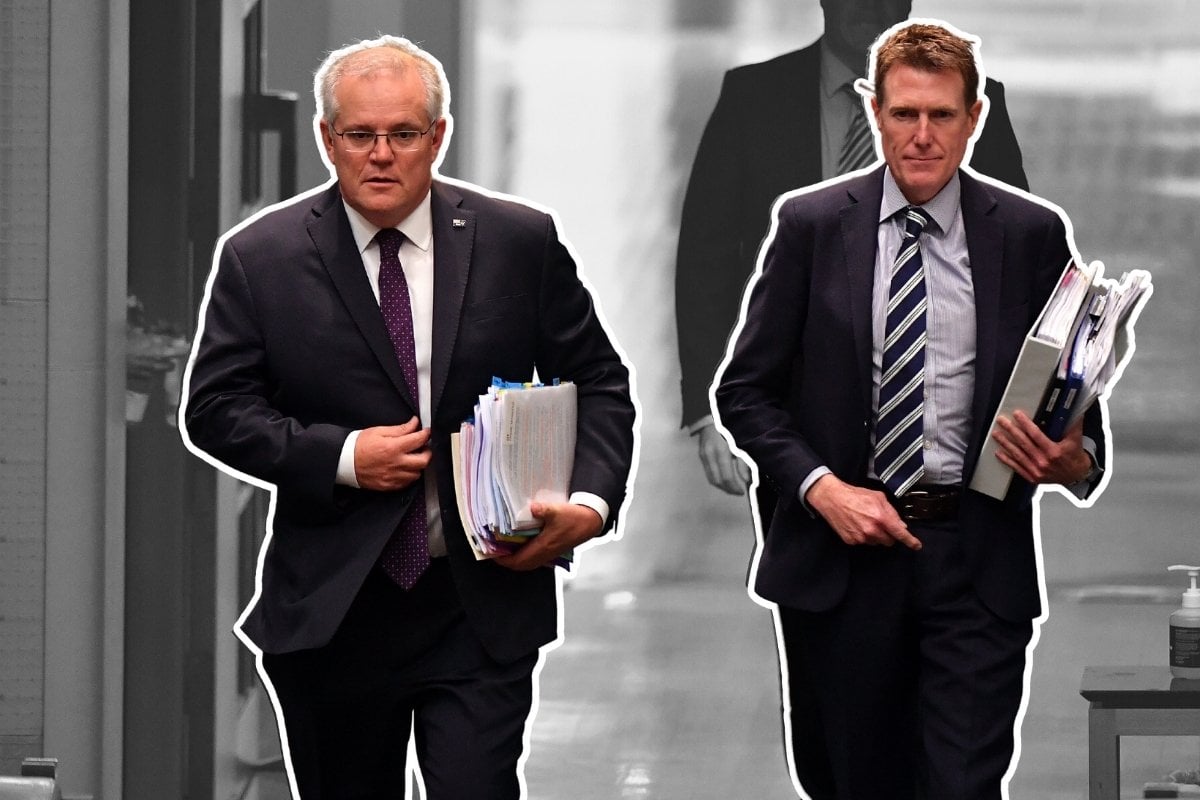 On Wednesday, in the House of Representatives, something dangerous happened.

We got an insight into just how far our leaders will go to protect one of their own.

In case you missed it, the Coalition government voted down Labor's motion to refer former attorney-general Christian Porter to the parliament's privileges committee.

It should have been a done deal.

The Speaker of the House, Tony Smith, granted precedence to Labor to move a referral motion to investigate whether the WA MPs anonymous donations - which he used to fund his defamation case against the ABC - was in contempt of parliament.

Given it is the very reason Christian Porter stepped back from the frontbench, one would assume this is the logical next step - it gets investigated.

It's what we're seeing play out right now in NSW politics. Gladys Berejiklian was accused of breaching public trust. She stepped aside as state premier and now she's being investigated on those allegations by The Independent Commission Against Corruption (ICAC). 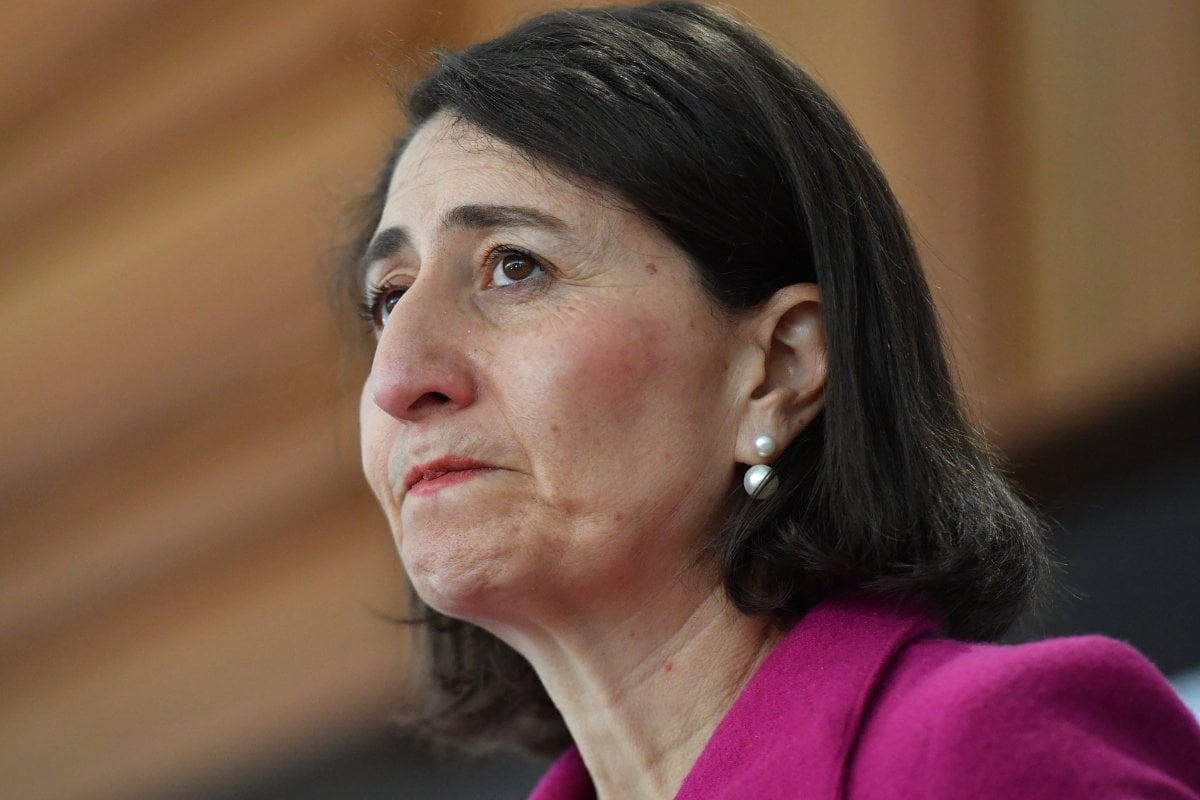 Berejiklian's resignation came as a direct result of ICAC announcing an investigation into her. Image: Getty.

But there is no Federal ICAC. And there are no plans for one.

The Prime Minister said just this month, it's "not a model that we'd ever consider at a federal level".

And so, deciding whether to investigate Porter was not done independently. Instead, the power remains in the hands of the politicians themselves.

On Wednesday, they decided no. They didn't deem the truth on this particular matter necessary in an unprecedented dismissal of the speaker's intentions.

As manager of opposition business Tony Burke pointed out, it's the first time a government has voted against a privileges referral to which a speaker had given precedence in our history. By opposing the motion, the government abandoned a key principle that has been put in place as a protection against corruption in federal parliament.

"If this is allowed to stand, the register of members' interests is obliterated in terms of being a disclosure document," Burke told parliament.

"We need to oppose a system where members of parliament can keep secret who is giving them money for personal bills.

“This is a disgraceful, shameful moment in Australian political history.”

Burke accused the government of running a "protection racket" for Porter. Although Porter has asked those managing the blind trust to confirm no "lobbyists or prohibited foreign entities" were among the donors, he refused to demand their identities be revealed.

Instead of further scrutiny for Porter alone, Leader of the House Peter Dutton proposed a broader inquiry into anonymous donations, including those from online donor platforms.

He used Sarah Hanson Young as an example. She crowdfunded her own legal action against former senator David Leyonhjelm, and Dutton pointed out a "number of the names were made up". But the donations in question were all under the mandatory disclosable $300 threshold that is required of MPs.

Quite frankly, this is not a comparable case.

This isn't a few hundred bucks we're talking about. It's alleged to be a million dollars of anonymous money.

And what that money went towards matters too. It was used to pay for Porter to accuse the ABC of defamation because they ran a story alleging he raped a now-deceased woman in 1988.

It doesn't get much bigger than this.

And yet the Morrison government doesn't think there's anything to see here as a standalone investigation.

This is the same government that didn't see the need for an independent inquiry into the rape allegation itself, either.

Where did Christian Porter's secret million dollar donation come from?

The Australian people deserve to know.

“Yesterday in the parliament we saw an extraordinary event – 120 years of precedent were thrown out,” Opposition Leader Anthony Albanese said in Canberra on Thursday.

"If refusing an independent inquiry into Porter’s ‘blind’ trust—not to mention deliberately concealing its contributors—isn’t abuse of power, I don’t know what is."

If refusing an independent inquiry into Porter’s ‘blind’ trust—not to mention deliberately concealing its contributors—isn’t abuse of power, I don’t know what is.https://t.co/4ShfLCa8c8

But despite the shock and complaints reverberating around political and public circles on Thursday, the Prime Minister is standing behind his government's decision.

“That’s not just one member. There are other members and we’ve got to get the rules clear," he said.

But that's not the point.

Sure, a broader inquiry sounds fantastic. Go right ahead.

But Australia's former attorney general is now sitting on the backbench over this very issue. In announcing his departure in September, Morrison said Porter was unable to "conclusively rule out a perceived conflict of interest," and as a result had chosen to resign.

"There are grey areas in these issues, complex arrangements when applied to particular circumstances can be inconclusive," he said.

"But the Minister has taken the decision which errs on the side of upholding the highest standards."

He said it himself. Our government should be upholding the highest of standards. And this decision sets a very dangerous precedent. It gives politicians the green light to conceal the source of donations and gifts.

It's also dangerous because it shows us just how powerful the 'boy's club' can be.

If we can't trust them to make the decision among themselves to do the right thing by Australian people, then we must install a Federal ICAC that forces them to.

The problem? Scott Morrison has the power to reject such a proposal. He already has.

But what we're seeing unfold in Australian politics this week has shown exactly why it's necessary.

We deserve an independent eye over allegations of corruption, misuse of power and the failure to uphold integrity amongst the most powerful people in this country.

S
simple simon a month ago

Reply
Upvote
1 upvotes
The money didn't go into his own pocket. It was used to try to defend himself. Which is his right, but not actually possible for most with our legal system.
And in our social media vigilante age, what would happen to the donor(s) if they were publicly named?
C
cat a month ago

Reply
Upvote
4 upvotes
@simple simon It's not his right to take anonymous donations, thats why the Speaker had precedents to show it had to be investigated. You also cant have anonymous donors buy you a house or give you a kidney or chip in for your superannuation. Theyre all examples of corruption.
R
rodina a month ago

Reply
Upvote
@simple simon  It did, to pay for a service given to benefit him. No difference than if he had paid to have his house cleaned with it or any other expense that was a benefit to him. He is receiving a financial BENEFIT. Rules are attached to that. Only this government would totally ignore those rules, it is simply their arrogance, it is mind boggling.
M
mamamia-user-482898552 a month ago

Reply
Upvote
@simple simon The cost of mounting a legal defence would not have been outside his reach without receiving financial assistance from an anonymous benefactor. Porter makes more money than the vast majority of Australians, so the financially prohibitive nature of seeking legal representation does not apply to him. I can't believe you're suggesting he needed to seek financial help as a way of condoning this behaviour.
S
salemsaberhagen a month ago

The money didn't go into his own pocket. It was used to try to defend himself.

That's completely irrelevant. What he did was corrupt. If it were Labor we'd never hear the end of it from the conservative vigilantes.
M
mamamia-user-739637812 a month ago

Reply
Upvote
All well and good- but WHAT can we actually do about this as the public? If these are the people leading our country and ultimately voting on behalf of us everyday people then how do we go about changing this? And I’m not talking about long term down the track voting I’m taking right now, let’s throw this decision back to parliament to re vote, to re look at. They are supposed to represent us, so start listening to us. Help us by giving us some things we can do to create change.
J
jenzi6975 a month ago