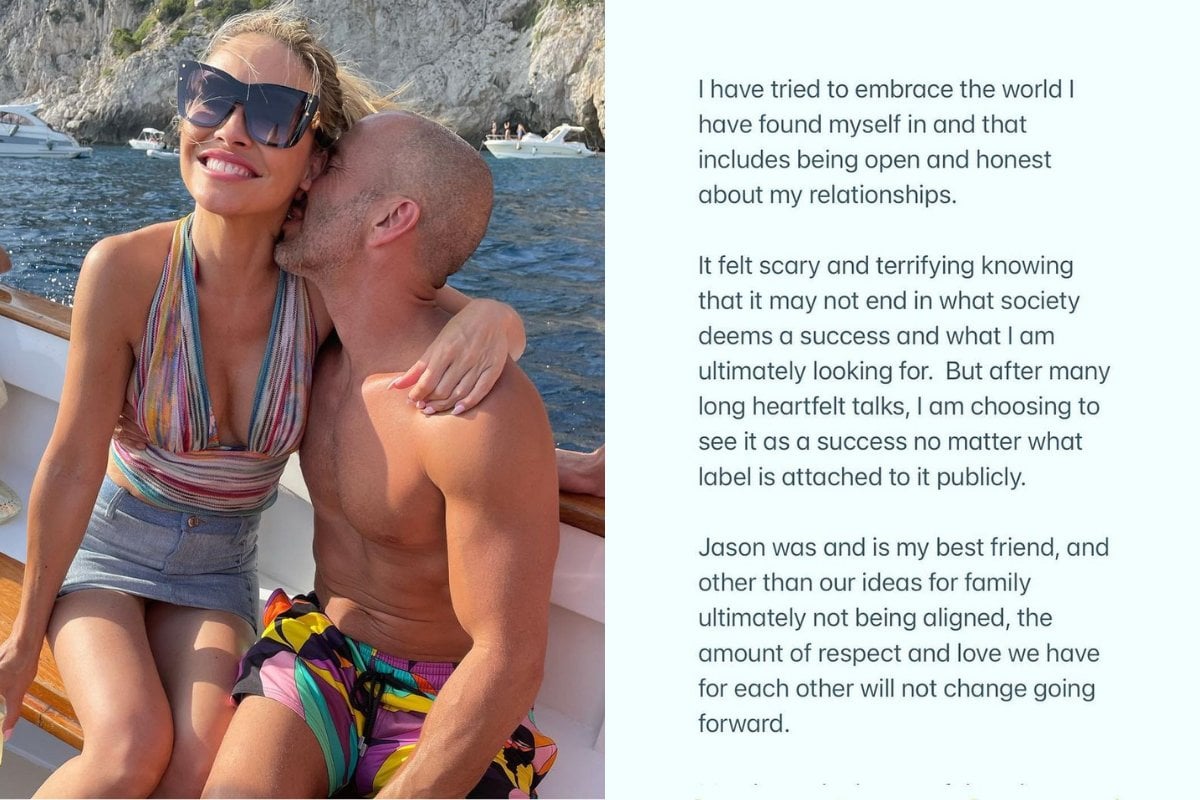 Five months on from their unexpected relationship announcement, Selling Sunset star Chrishell Stause and her boss Jason Oppenheim have broken up.

Oppenheim confirmed the news on his Instagram Stories on Tuesday, writing: "While Chrishell and I are no longer together, we remain best friends and we will always love and support one another."

In her own statement on Wednesday afternoon, Stause alluded to disagreements about having children as the cause of their relationship breakdown, writing: "I have tried to embrace the world I have found myself in and that includes being open and honest about my relationships."

She continued: "Jason was and is my best friend, and other than our ideas for family ultimately not being aligned, the amount of respect and love we have for each other will not change going forward.

"Men have the luxury of time that women don't and that's just the way it goes. All of that being said, navigating this public terrain is difficult and I am just trying my best.

"Although my initial reaction to a private situation was to not speak on it, sometimes it's easier to just live transparently because we only get one chance at this life. I very much hope to one day have a family and decisions I make at this point are with that goal in mind.

"Thank you, Jason for the most incredible relationship and consistently being honest with me even when it hurts."

Chrishell and Jason "soft-launched" their relationship in July 2021 with an Instagram post featuring photos from the Selling Sunset cast's trip to Italy.

In case you missed it, Crishell Stause divorced from This Is Us actor Justin Hartley in 2019 as chronicled in season three of Selling Sunset.

Chrishell and Justin first met in October 2013 after being set up by a mutual friend, before making their red carpet debut as a couple in January 2014.

"We met up at a concert and talked all night," Justin later told People of their first date.

"I drove her home and called the next day. We haven't been apart since. I knew right away [and] was like, 'Oh boy, here we go.'" 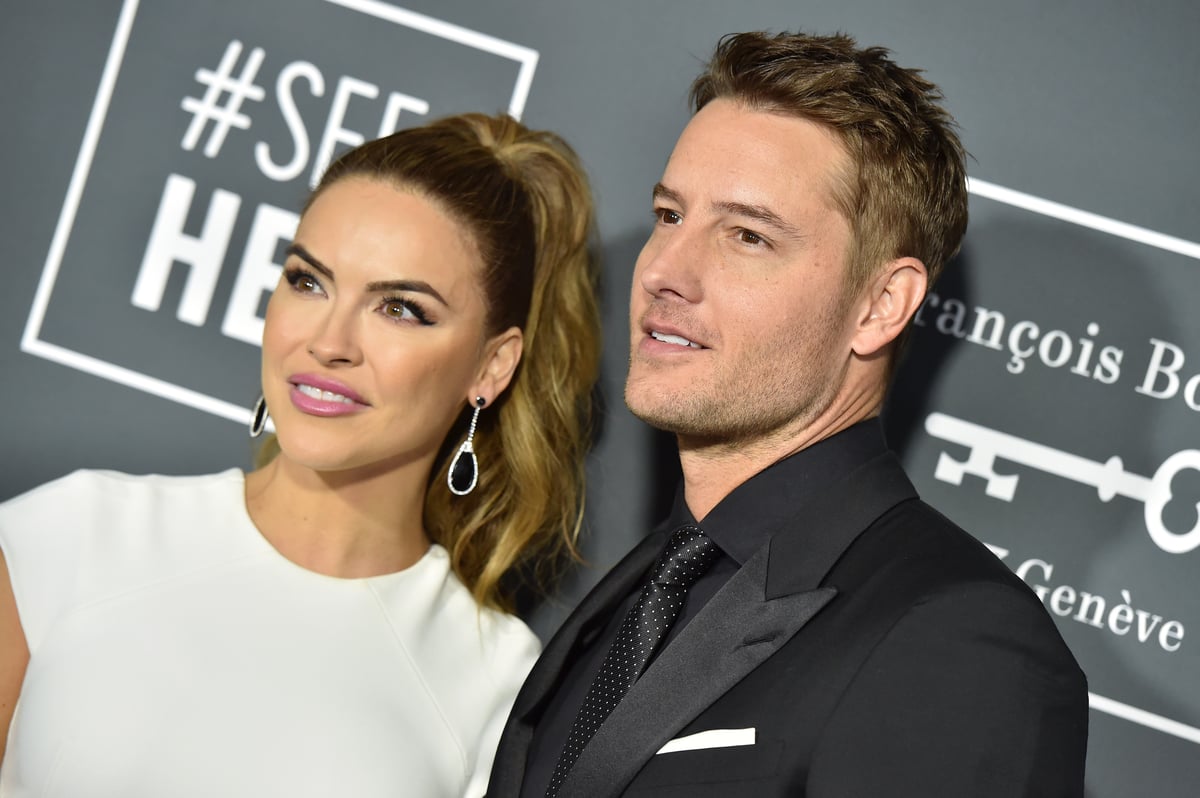 After announcing their engagement in July 2016, Chrishell and Justin were married at Malibu's Calamigos Ranch in October 2017.

"They don't make them any better than Justin, and I could not be more thrilled to officially be Mrs. Hartley! The wedding exceeded anything I could have ever imagined," Chrishell told People at the time.

Justin added: "At the risk of sounding cheesy, I look forward to sharing life experiences and growing old together. Someday, we can talk about all the things we did together 30 years ago!"

In November 2019, the couple posed for photos together at a Golden Globes event.

But just eight days later, Justin filed for divorce, citing "irreconcilable differences". According to reports, July 8, 2019 was bizarrely listed as the date of separation on the documents, despite the fact that the couple were seen publicly multiple times in the months following.

As seen on Selling Sunset, Chrishell claimed Justin told her he was filing for divorce over text.

"We had a fight that morning over the phone and I haven't seen him since, we didn't talk things through," Chrishell told her co-star Mary on the show. 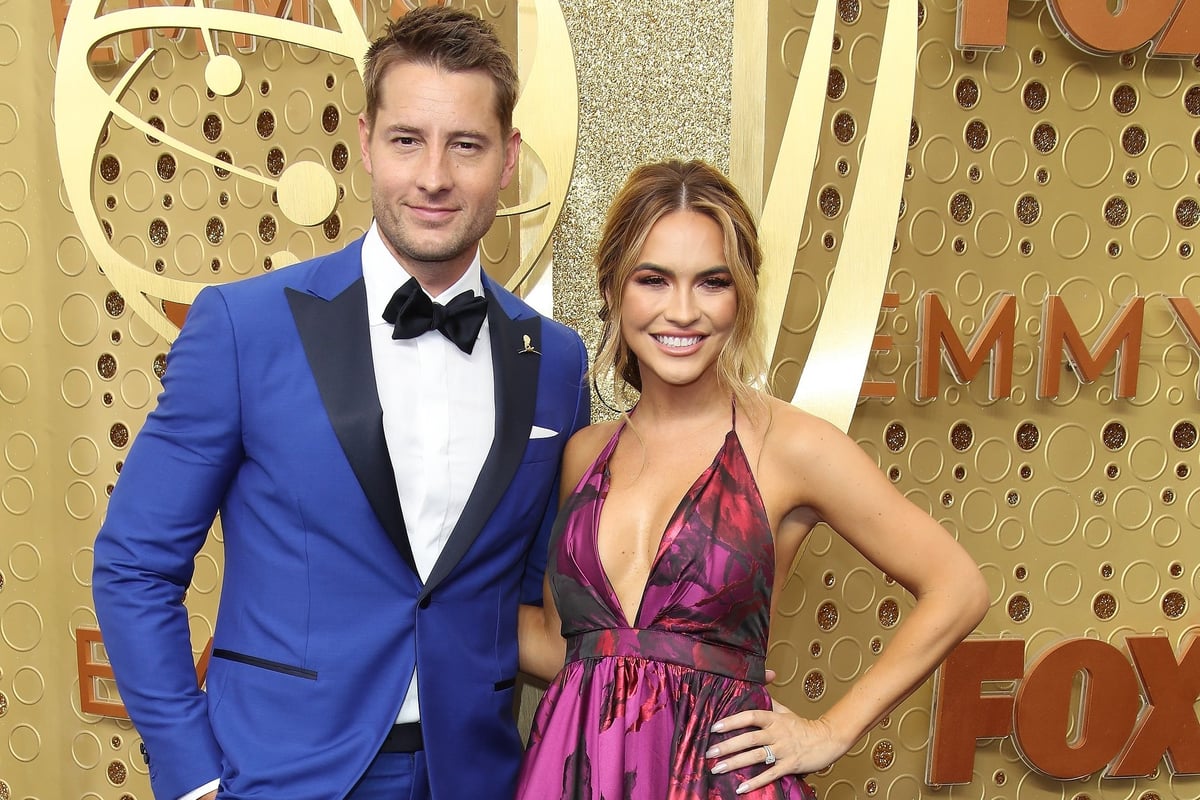 "Before we had a chance to figure anything out, he filed," she added.

"I found out because he texted me that we were filed. Forty-five minutes later, the world knew."

On the show, Chrishell's co-workers found out about the news through a TMZ article.

"I just got a google alert from TMZ," Christine Quinn announced to the office. "Justin Hartley files for divorce."

Chrishell later filed for dissolution of their marriage in December 2019.

Speaking to the Not Skinny But Not Fat podcast earlier this year, Chrishell opened up about the struggles of dating after divorce, including the men who slide into her Instagram DMs.

"Even those blue checks I’m probably not even going to answer," she said.

"[I take] the compliment. But I’m very awkward with that kind of stuff. It makes me feel like an awkward teen all over again. Like, what do you say?" she added.

"[Recently] I was like, 'Okay, I’m going to maybe try and go online and do that route.' I’m just kind of trying to stay open to whatever."

All three seasons of Selling Sunset are available to watch on Netflix now.