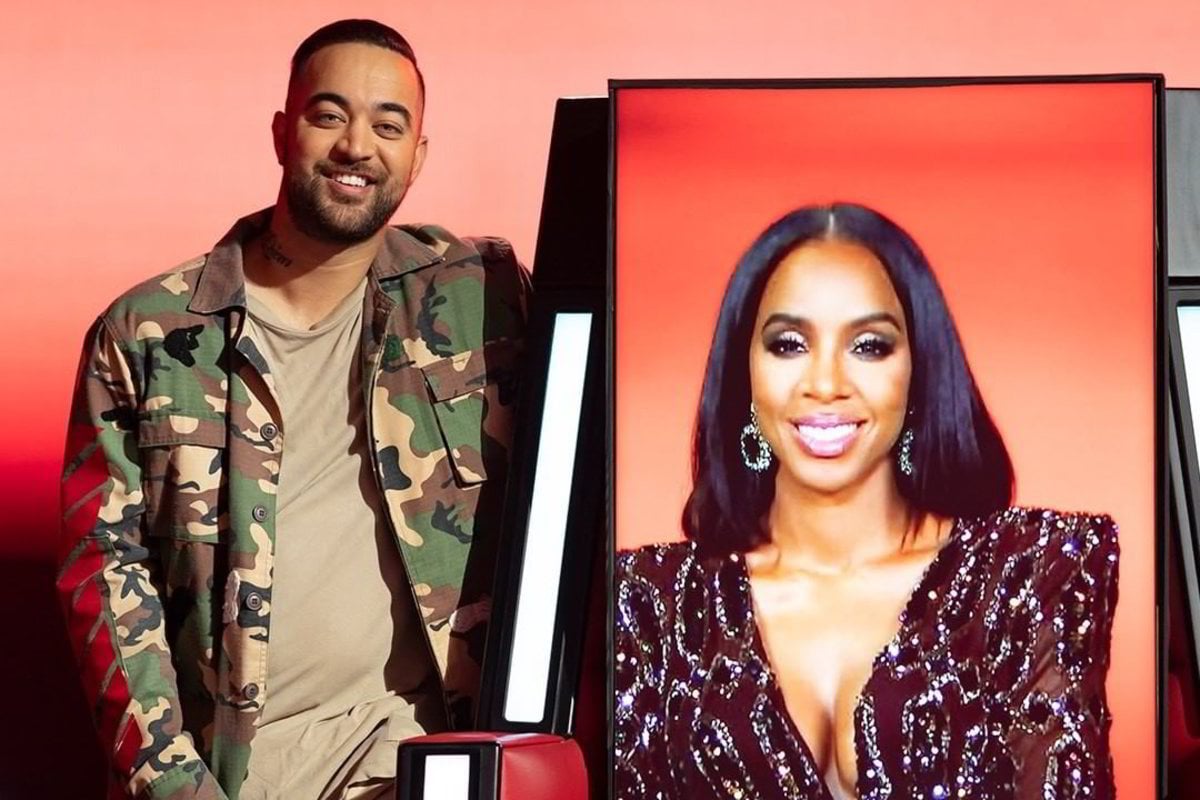 Chris Sebastian has only had an hour and a half sleep.

Last night, following his win on The Voice Australia 2020, he says he "just laid awake with a smile on [his] face for about four hours".

"I found out when the rest of Australia found out, so I had to wait till that decision was actually aired on television before I knew," the 31-year-old laughs.

Sunday's The Voice grand finale was pre-recorded, meaning production had filmed each finalist being announced as the winner. The public vote then determined which ending was aired.

"It was awkward because we knew that if we did win, that that was going to be what was played. But because we weren't actually winning in that moment, obviously it was an acting thing. So there's that strangeness to it. But I think the real reaction came when I heard my name on TV," Chris explains to Mamamia.

Watch: The moment Chris Sebastian was crowned the winner of The Voice Australia 2020. Post continues below.

Chris was with his brother, Voice coach Guy Sebastian, when they called his name.

"I can't even tell you the level of surprise," Chris says.

"My wife was literally holding our baby and she just started running around the house and then she passed our daughter to my sister-in-law and she was just weeping... It was a beautiful moment," he says.

Following the celebration of his win last night, Chris spoke to his brother.

"There's going to be people that are going to question you, or question your win, but this was a public vote by an audited third party," Chris remembers Guy telling him.

Chris says it was "probably one of the most valuable things that could have been said to me."

Listen to Mamamia's daily entertainment podcast, The Spill, where hosts Laura Brodnik and Kee Reece discuss the allegations the Voice finale was "rigged". Post continues below.

Throughout the series, Chris admits "the narrative of the whole [stepping out of Guy's] shadow thing has been pushed". But he says winning last night proved the public liked him, for him.

"Last night was more so about me getting the approval of the public. That is a really big thing for me. Up until that point, it was Kelly [Rowland] putting me through. But I was nervous about whether the public would put me through.

"I've worked really, really hard to stay in the music industry and to just be doing this still. And so I think for me, it was that validation."

I have no words, to everyone who voted for me thank you so so much! I love you all. This season of the voice has been one of the greatest things to ever happen to me and this means more to me than anyone knows. ❤️ @thevoiceau @channel9 #thevoiceau

"There's no break. We're in the studio tomorrow. I've got a meeting with EMI to discuss what we're going to do and what this album is going to sound like."

"The show ending is really the start of what feels like the real start of my career," he added.

So what will he do with the money? He says his first priority will be making his wife feel special.

"Obviously being a singer and having to perform daily, I needed sleep. We have a four-month-old baby, Ava, and Tash has been doing all the nighttime feeds. Before the show I was helping out, but during the show she's taken over all the night time stuff like an absolute legend. So I will get her something special. That will be the first thing I do."