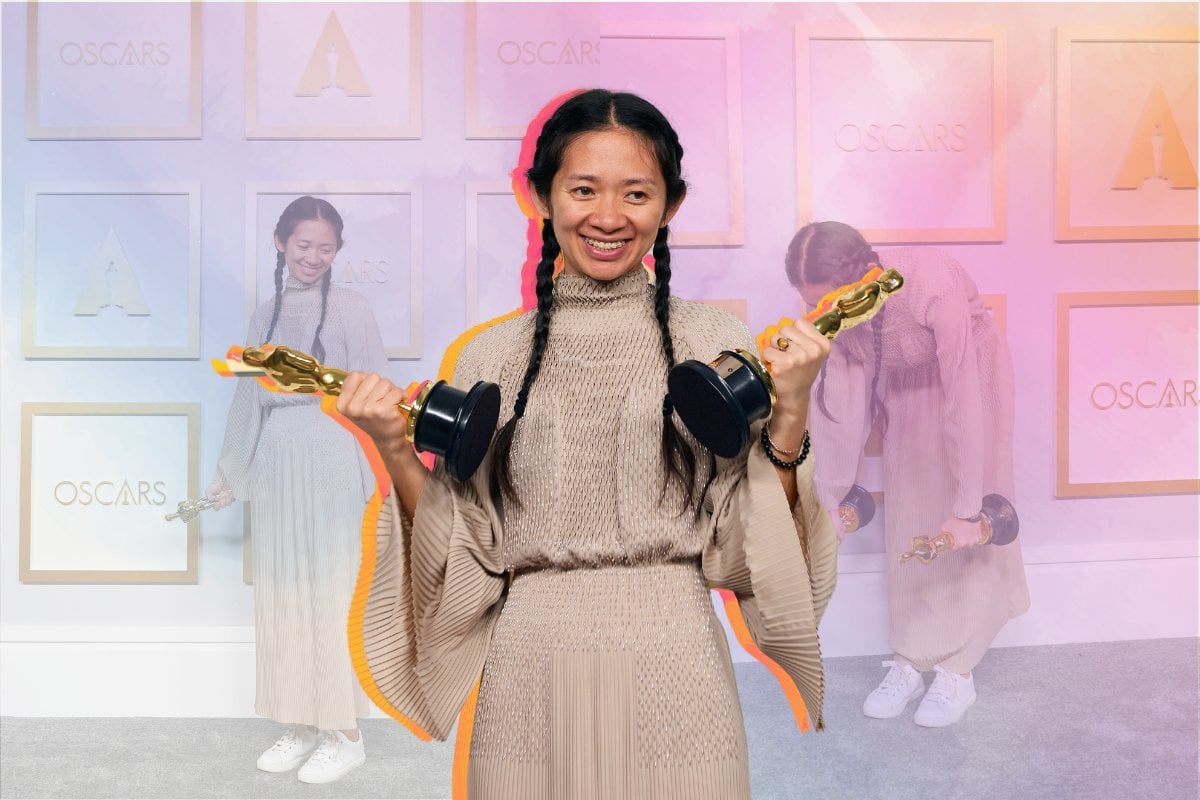 Nomadland director Chloé Zhao had made history even before the 2021 Oscars ceremony began. And by the end of the ceremony, she'd made a heck of a lot more.

In February 2021, Variety reported that "with 34 awards season trophies for directing, 13 for screenplay and nine for editing" Zhao is the most awarded person in a single awards season in the modern era. Now she can add a couple of Oscars to that list too.

This year marked the first time in the Academy Awards' history that two women - Zhao and Promising Young Woman's Emerald Fennell - were nominated in the best director category. In total, only seven women have been in with a chance at the award and before Zhao, only one had won (Kathryn Bigelow won in 2010 for The Hurt Locker).

Zhao, 39, is the first non-white woman not only to score a nom, but to win.

Zhao was born in China and lived in Beijing until she was 14. While accepting the best director award, she recalled memorising classic Chinese poems with her father.

She recited a line from the 'Three Character Classic' and translated it to English: "People at birth are inherently good".

"Those six letters had such a great impact on me when I was a kid, and I still truly believe them today.

"Even though sometimes it might seem like the opposite is true, I have always found goodness in the people I met, everywhere I went in the world.

Like the characters in her Oscar-winning film, Zhao has spent many years moving back and forth across international and domestic borders. She always felt drawn to new places. And once she was there, she was drawn to another.

She left China as a teenager with hardly any knowledge of English to attend boarding school in the United Kingdom. She then moved to Los Angeles, where she finished high school.

After that, Zhao earned a bachelor's degree in political science at Mount Holyoke College in Massachusetts, but decided politics wasn't for her. She took odd jobs and worked at a bar, which is where she learned how much she enjoyed hearing about people's stories, which was the realisation she needed to go to film school.

She moved to New York City in 2010 to study film production at the New York University Tisch School of the Arts in her late 20s. 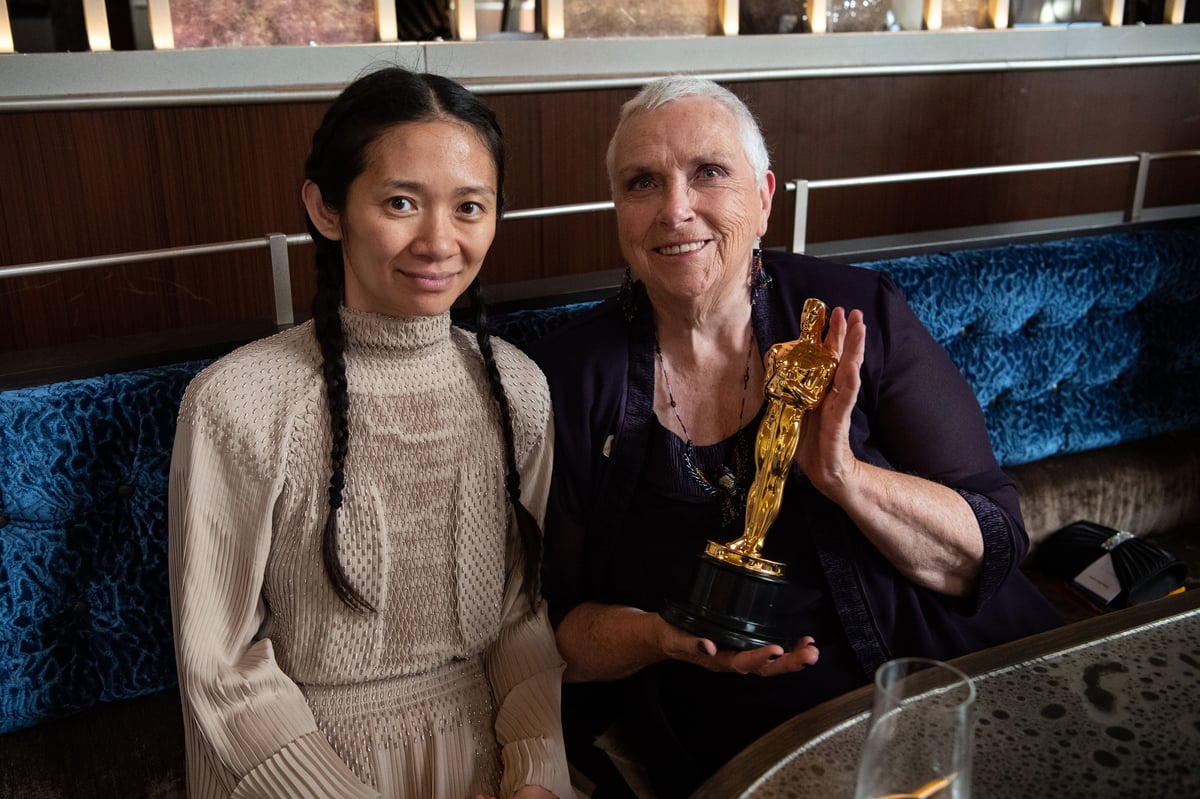 Zhao with Charlene Swankie, a real-life nomad who starred in Nomadland. Image: Getty.

Spike Lee was her creative director, and it was also here where she met her partner and long-time collaborator Joshua James Richards.

"[Zhao] was gnarly and extreme - my idea of the collaborator I hoped to find at film school," Richards told Vulture.

"Most people I was spending time with were sitting around talking about their projects. Chloé was doing them. And so I jumped on that train."

While in New York, she fell in love with the South Dakota landscape she saw in National Geographic. After graduating, it became the backdrop of her first feature, Songs My Brothers Taught Me.

"Wherever I've gone in life, I've always felt like an outsider," she told The Telegraph, "I'm naturally drawn towards other people who live on the periphery, or don't live mainstream lifestyles".

She explained to AP that the nomadic lifestyles of the characters in Nomadland - many of whom were played by real nomads - were relatable to her as someone who is always on the move.

"Every year or so I feel the urge to hit the road," she said. 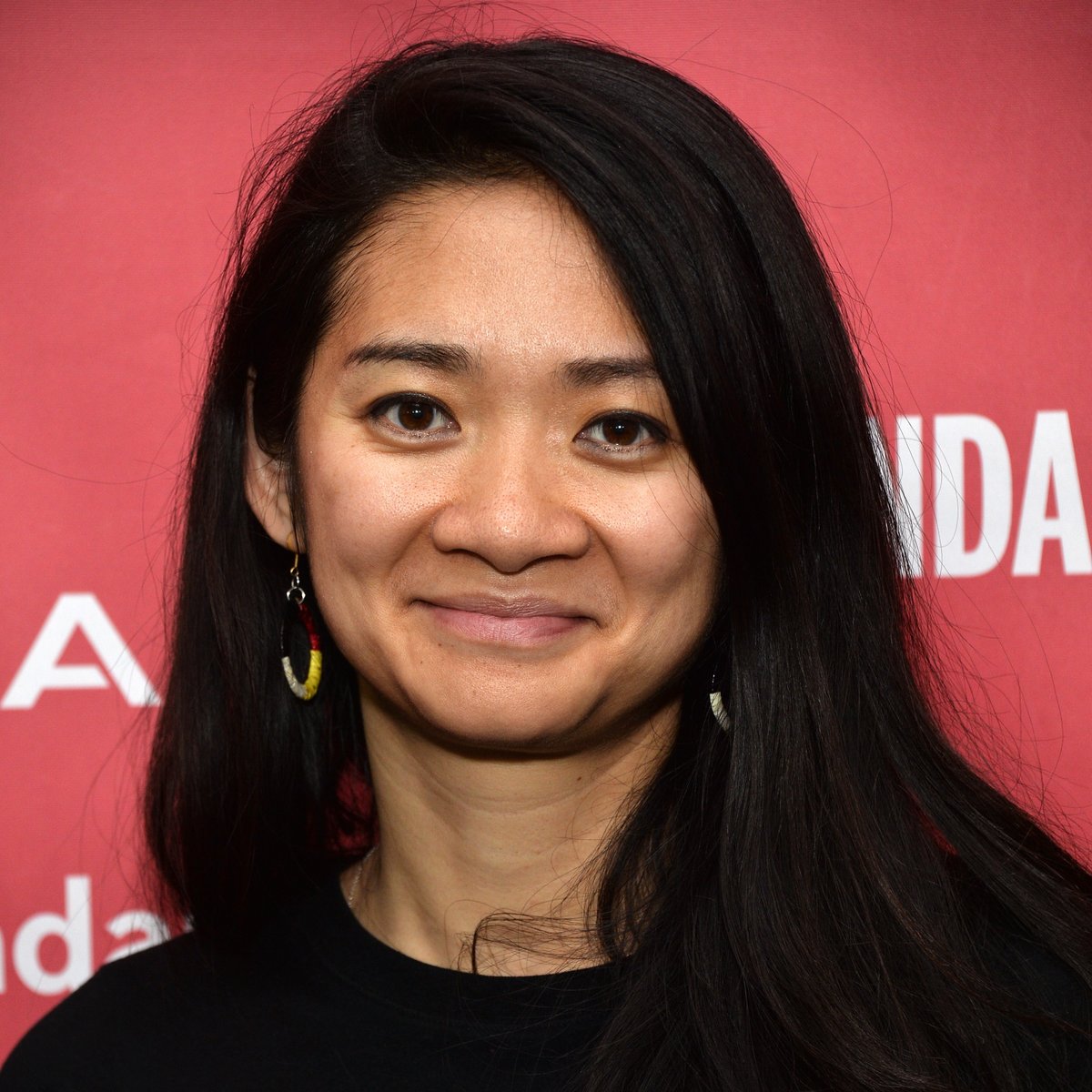 Following the success of her second film, The Rider, in 2018, Zhao was tapped to direct Marvel film Eternals, slated for release in November 2021.

It's a major blockbuster with huge stars: Angelina Jolie, Salma Hayek, Richard Madden, and Kit Harington among them. It's basically the complete opposite of the tight-budget, indie films she's become known for.

But to Zhao, it's just another kind of storytelling.

"[World-building] is my favorite thing. That's why I love Star Wars. There is a world that is so rich," she told Variety.

"I wanted to enter it and see what I can do... Can I put a spin on it while still being true to the essence of it? That's exciting to me. It's not that different than me going to the world of rodeo cowboys and saying, 'My spin on that is going to be this,' and it's a collaboration. The chemistry of that, when it's right, it could be very exciting."

After winning the most prestigious award in her field, Zhao's profile has undoubtedly risen around the world. Her name has been Googled hundreds of thousands of times.

Chloé Zhao is the most searched Best Director nominee this year in the U.S. Do you think the data will predict the outcome?

However, in China, her name and that of her movie are censored.

It stems from controversy over an interview she did in 2013, where she told Filmmaker the Pine Ridge Native American reservation where she filmed Songs My Brothers Taught Me - a closed environment with a high teen suicide rate - reminded her of her Chinese upbringing.

"It goes back to when I was a teenager in China, being in a place where there are lies everywhere. You felt like you were never going to be able to get out," she said.

"A lot of info I received when I was younger was not true, and I became very rebellious toward my family and my background. I went to England suddenly and relearned my history. Studying political science in a liberal arts college was a way for me to figure out what is real. Arm yourself with information, and then challenge that too."

After she won at the Golden Globes in February, Chinese state media hailed her as "the pride of China", but the reaction changed once the above quotes resurfaced online.

Further controversy came when news.com.au reported Zhao as saying "The U.S. is now my country" in an interview, which was later amended to "The U.S is not my country".

On March 5, 2021, the Chinese government censored mentions of Nomadland online. References to Nomadland's release in China were also removed.

This has remained in place following her Oscars win, though various social media users are getting around the ban by referring to Zhao as "daughter of the clouds" or simply "that girl".

Those that did discuss Zhao's win spoke of how they enjoyed hearing her speak of her Chinese upbringing and share the Three Character Classic's message on Hollywood's night of nights.

These days, she lives in Ojai, north of Los Angeles with her dogs and Richards.

Zhao has spent decades reinventing her definition of home, but she explained to Vulture how after years of moving across the United States and telling other's stories, she's found herself looking longingly at the country she moved away from 25 years ago.

"I think it does call you," she said.

"The older people get, the more they get called home."