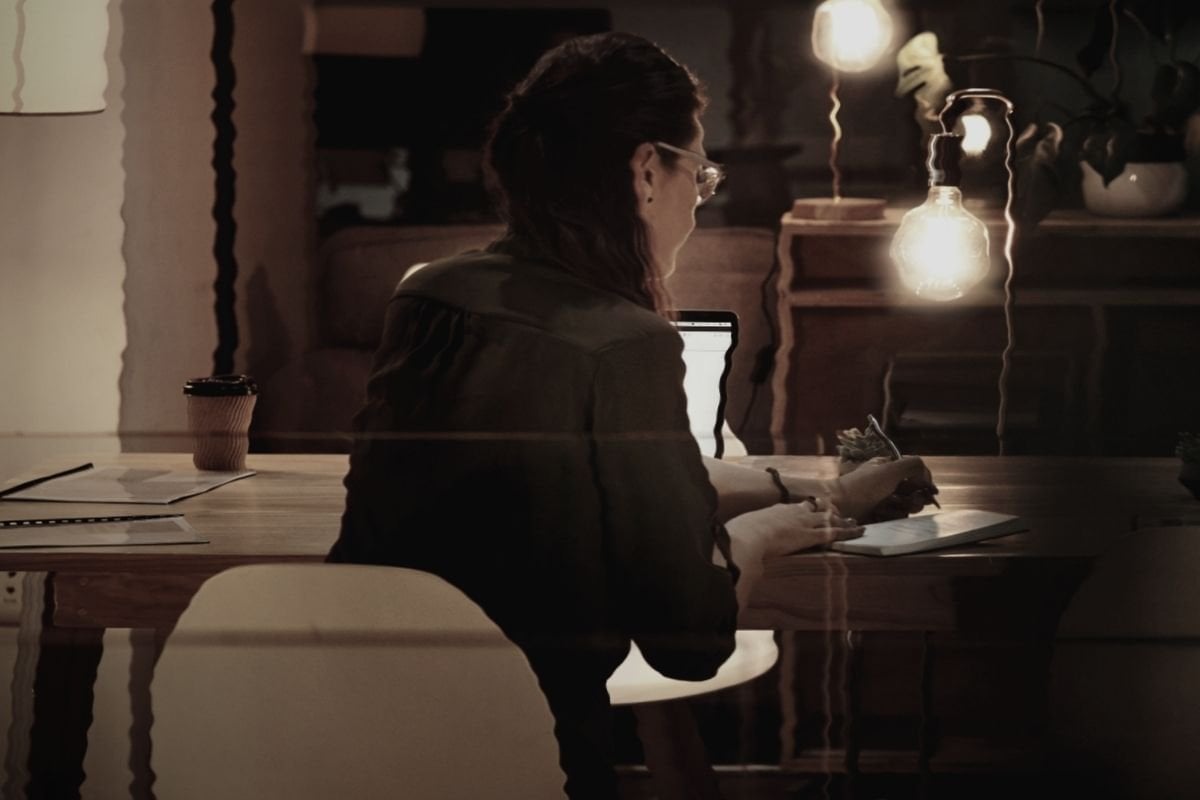 Two emotions rushed through Aleks' body when she logged into her MyGov account and saw a bill for $15,000 on the screen - worry, followed pretty quickly by anxiety.

At first when she saw the huge number she felt sick. Had she done something wrong? The next question that popped into her head, however, was worse.

How am I supposed to pay this money back?

Thousands of Australian families have been hit with bills from the Federal Government demanding they repay childcare subsidies with their deadline only weeks away.

The childcare subsidy is paid based on an estimate of your income but if your actual income is more, the government asks to be repaid.

The thing is, it's quite easy to underestimate, especially if your circumstances change during the year; if you get bonuses, if you get payments you can't 'estimate' beforehand, or you work as a freelancer and set your salary as you go.

Since the pandemic hit, there's also been an increase in redundancies as employers downsize to cope with lockdowns. That lump sum has ended up in families' yearly income, bumping them up as having higher earnings.

Centrelink has sent letters across the country detailing debts dating back to the 2017-2018 tax year. Most bills are due next month.

As Aleks told Mamamia's news podcast The Quicky, "the number is too big for me to address at the moment with everything else that's going on."

Not only is the pandemic causing strife, the Aussie mother recently separated from her husband which she says "adds another layer of complexity."

"[I am] absolutely not [in a position to pay that back]. No way. The bill that we got was for the financial year that my husband and I separated - so that adds another layer of complexity trying to manage single parent income, cost of moving. I am carrying excess debt from separating, and to be honest it's the last in a list if priorities to pay back in terms of debt. So I don't see a way of paying that back in the next 3-5 years."

Listen to Aleks and more families' stories on The Quicky. Post continues after podcast.

When we at Mamamia reached out to our online community about this topic we were inundated with hundreds of stories, with bills starting from a few hundred to tens of thousands of dollars like Aleks.

Emma received a bill for $2000 right before she was due to go on maternity leave.

Ashleigh was told to repay $1800, despite believing she had actually overestimated their household income by $40,000.

Erin received a $1300 bill even though her child only started care in January this year.

Olivia forgot to update her yearly income moving from casual to full-time work.

Amanda got a bill despite none of her children being in care that financial year.

Desiree was accidentally overpaid during maternity leave two years ago and is now being chased for a lump sum.

The stories go on and on and on, and as many of the women told Mamamia, with Australia currently in the middle of yo-yo'ing lockdowns and another surge of COVID-19, the bills couldn't have come at a worse time. Many then spent hours on the phone to Centrelink trying to explain their situation or navigate the system.

When asked why some people had been sent up to three years of childcare debt at once, Services Australia General Manager Hank Jongen told The Quicky, "over the course of the past 12 months, since 2019 in fact, the government has put in place a number of debt pauses in response to the pandemic and other natural disasters. What that's meant is that we've not been raising these sorts of debts during that period in recognition that people are doing it tough, and people were facing financial difficulties and therefore we were deferring the raising of those debts. But of course they are debts, and they are debts we are required to recover."

For those currently in lockdown, the government has announced an ongoing pause in relation to debt recovery and debt repayments.

It's a win! A temporary reprieve for families receiving debt notices for overpaid childcare subsidy while in lockdown. Proud @CPSUnion & @the_parenthood could work together on this. https://t.co/tewI5TDkjA

"So if you're in lockdown right now and you receive a debt letter, you can ignore it. In fact, what we are saying is do ignore it," said Mr Jongen.

He added that to avoid getting a bill in the first place, families did need to keep on top of updating their salaries online.

"When people sign up to receive childcare subsidies, they have to agree to receive payments based on income estimates that we provide. We are not actually asking people to guess....what we're asking people to do, is provide us with up-to-date-information. And I have to say these rules apply to most other payments that we make, and in fact updating your income can be done as often as you like and the process is very straightforward. You can do it at any time using your online Centrelink account or the Centrelink mobile app. We encourage people to update their income whenever their income changes. It's really important for people to understand, the more frequently you give us accurate information, the less likely you are to incur an overpayment."

Services Australia currently put in a standard withholding of five per cent of families' eligible money as a "buffer" but Mr Jongen says you're able to increase that buffer to an amount that suits you - suggesting it as a way to help families avoid lump sum debts.

"With variable earnings what I would suggest people do is update your income every fortnight," he added.

There are some comparing the government's debt recovery to the failed robodebt scheme, which saw the government announce in 2016 that they were changing the way they recovered welfare overpayments, automating the system and issuing debt notices to anyone who the algorithm deemed had been overpaid.

In May 2020, the government announced they were scrapping it after it was found that they issued 470,000 incorrect debts. They were forced to pay a class action lawsuit with 400,000 victims who demanded compensation for the pain and stress the scheme caused.

"The subsidy balancing process is based on the Family Tax Benefit system, which we’ve been using since 2001. Income averaging, which ceased in November 2019, was the process where an income support payment debt was raised using averaged Australia Taxation Office income data.

"Claims that these processes are similar or there are flaws in the balancing process are inaccurate."

Gordon Legal lawyer Guy Tiffany, who worked on the robodebt case told The Quicky, "Robodebt was about a specific type of calculation that was ultimately found to be invalid. I am seeing similarities more in the effect [the whole process] has on people."

His advice is for families to put in a request to have their debt assessed if they're concerned or suspicious of the amount owed.

But Mr Jongen says they've "learnt a lot from robodebt. We've put a lot of effort into training our specialist staff to try and ensure that we are much more transparent and supportive to those people who have incurred debts.

"But the reality is, the payment is based on income estimates and the best way to avoid a debt is to ensure you provide us with accurate information."

If you are dealing with an overwhelming bill right now, Mr Jongen says there are payment options or debt pauses for those in dire financial strife.

"But ultimately this money is a debt, and if you ignore it and ignore numerous attempts by us to contact you and enter into appropriate [payment] arrangements, then ultimately as a last resort it could be referred for legal recovery action," he told The Quicky.

If you think you're struggling, please contact your general practitioner. If you're based in Australia, 24-hour support is available through Lifeline on 13 11 14 or  beyondblue on 1300 22 4636.

The feature image used is a stock Getty image.

Reply
Upvote
If you genuinely have a debt, then it means you have benefited financially throughout the year. And if you believe the debt isn’t genuine, you can ask for a review. I received a debt, but I paid it off knowing I had benefited with extra CCS throughout the year. I do think some people get a debt and then immediately get defensive by default!