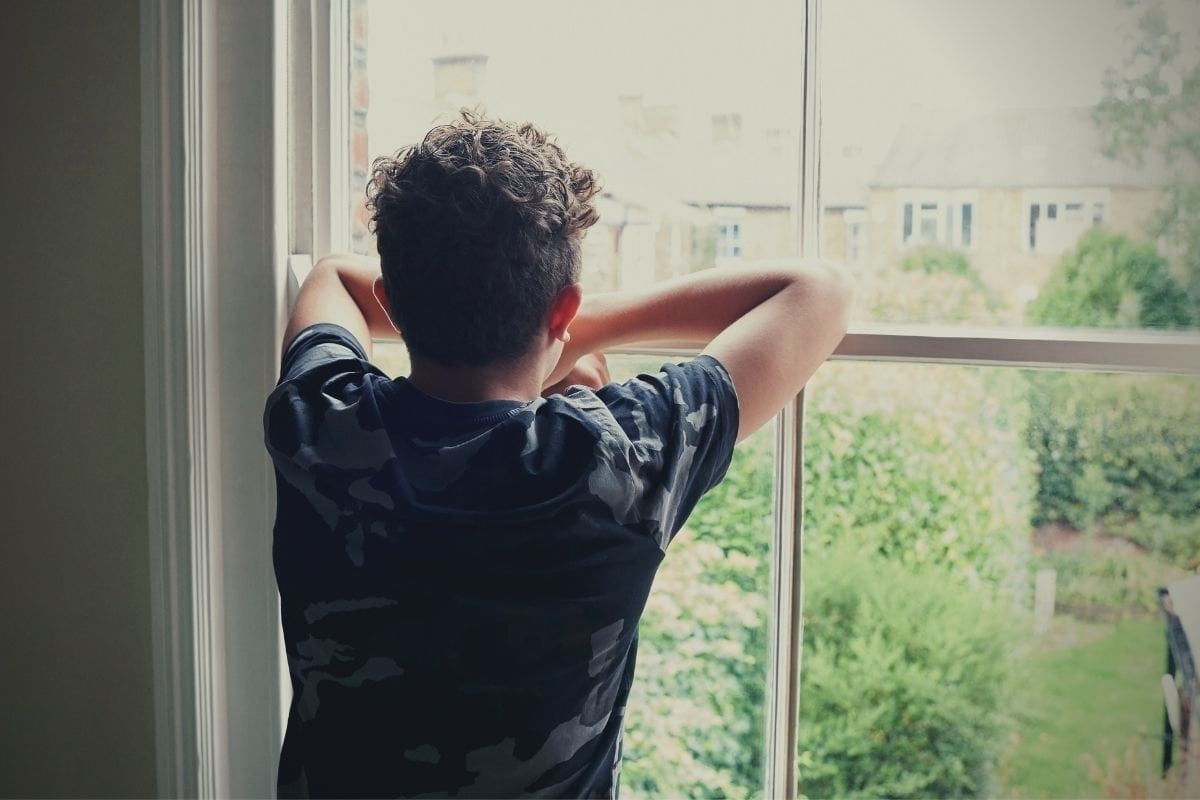 Esther* walks around her house tiptoeing on imaginary eggshells.

She's terrified of him. Constantly bracing herself for the next verbal attack. Keeping her eyes peeled for the fishing knife she knows is in his bedroom.

Will he try to push her again today? Will it be so hard she falls to the ground? Will he kick her? Or just put a hole in the wall? Will today turn into another fight?

Esther knows she is living with an abuser. She considers herself a victim of family violence. But she can't escape her perpetrator and run for safety like the helplines suggest.

Because Esther's abuser is her 13-year-old son.

It's hard to love David*.

He was such a wanted baby. Esther loved him unconditionally when he was little; constantly kissing him, loving him, mothering him. Their house was happy and safe. Her relationship with her husband, his father, was solid. He died suddenly two years ago and while he was always spared from their son's wrath, he too feared for his wife's safety.

Now it's just the two of them, and Esther finds it hard to even look at her son some days. Parts of her love him. Or want to love him. The instinct is to just love him through it all.

But the other, more prominent feelings, are contempt, fear and ambivalence. 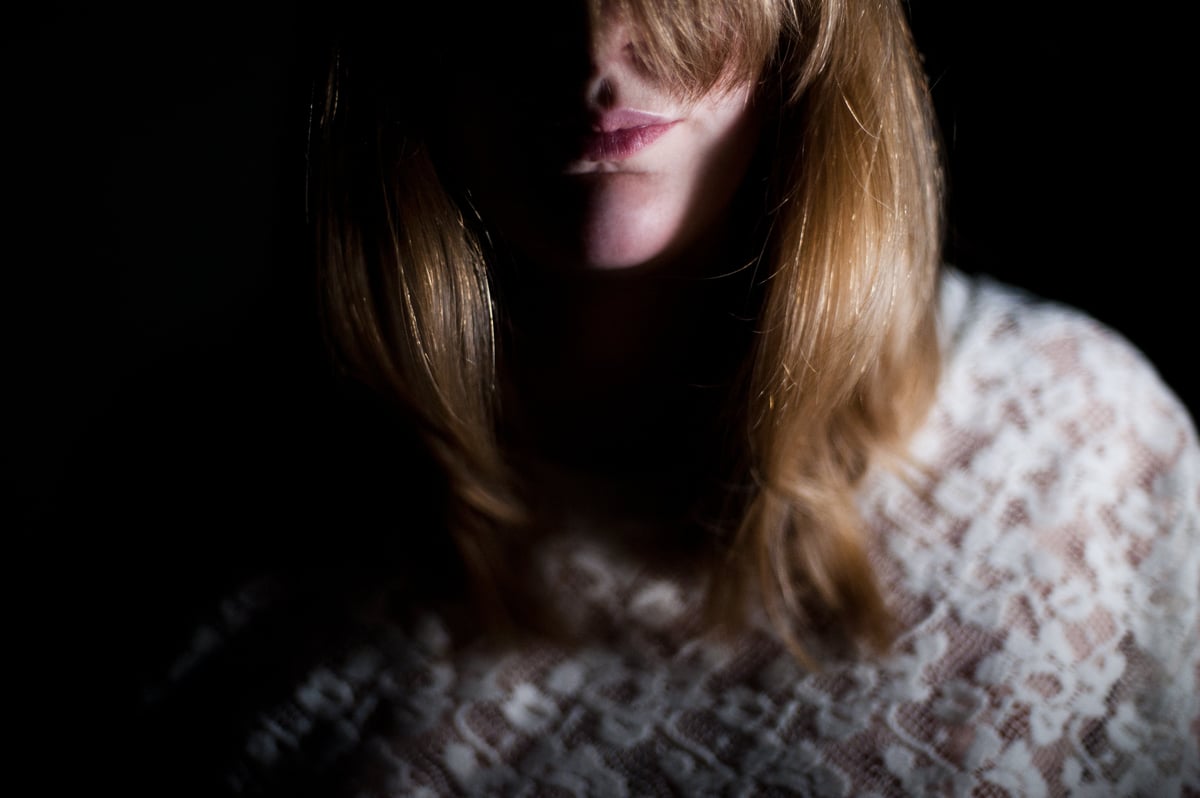 Esther tells Mamamia she has fallen through the legal cracks. She's asked for help, but can't get any. Image: Getty.

"To be honest, I can't wait until he is 18. I'm wishing his life away. I wish he was moving out," Esther told Mamamia. "It's so sad to think that way. I don't want to think that way. I listen to other mums saying 'It'll be so sad when my kids move out' and I'm just thinking, God, bring it on. And I feel shit about it. You know? It makes me feel awful."

Esther's biggest fear is that her son will one day be one of the men on the news being led away in handcuffs while a newsreader tells of 'horrible injuries,' lamenting another woman killed by violence. And there she will be on the sidelines telling the police, "I warned you, and you did nothing."

She's terrified for his future lovers - not only because of how he treats her, but how good he is at hiding it from others.

"He has the charm of a cult leader, to be honest with you," she explained.

"He's incredible. He's smart and funny and handsome... and if I take him out to meet friends or family, he's just amazing. He's charming."

But behind closed doors in their home David is violent. He has anger issues, and he's a textbook gaslighter. It usually starts after a simple request like, "hey mate, time to stop playing the game and brush your teeth for bed."

The reaction becomes so destructive Esther has had to get a padlock on her bedroom door.

"But what if he comes after me with an axe and chops the door down? Then I am stuck in that room... I have been looking into cables so I can climb down my verandah. It's ridiculous I am even thinking this... but I feel like I am a frog in hot water," said Esther, as she talked Mamamia through the thoughts that keep her up at night.

She's been begging authorities for help for years. Her son has seen multiple medical experts and has been diagnosed with attention deficit hyperactivity disorder (ADHD) and oppositional defiant disorder (ODD), which she has been told are behind some of his tendencies to be non-compliant and play a part in him not being about to regulate his emotions.

But as Esther explained to Mamamia, "It's also just him. He came out that way, with a bit of anger in him."

She's called every possible domestic violence helpline as well as child protection and police but she just finds herself being bumped from one to the other in an endless loop. No one seems to know what to do with her pleas. When she turned up at the front desk of her local police station recently, she was told by the officer, "what do you want us to do about it? That's a parenting problem, not a police problem."

When she eventually got to sit down with a police officer he admitted that she, a victim of Child to Parent Abuse (CPA), had unfortunately fallen through the cracks. She was under 60, so what was happening to her couldn't be considered elder abuse. And because David is under 18, she was told she could not take out an AVO. Essentially, in the eyes of the law, there is no protection for someone like her.

Esther knows she's not the only one. She's a member of multiple parenting groups online where, mainly mothers of sons, tell the same stories. They don't want to see their sons arrested. But they want help. They want to live their lives free of fear.

"To think there's a whole generation of boys coming up that are potential perpetrators and we've known about it and we've been trying everything to get help, but nothing happens," said Esther.

Online, there's not much to read. A 2018 study out of Swinburne University admits CPA is one of the least studied forms of family violence, mainly because of a lack of literature. It does, however, point to American statistics that suggest CPA is a relatively common social problem, accounting for half of all reports of family violence perpetrated by juveniles.

Watch: In 2020, Good Morning Britain reported an increase of CPA during lockdown. Post continues after video.

In 2015, the ABC's 7:30 program spoke to a number of families with violent teenagers. Even then the broadcaster reported that it was a "significant and growing problem," citing Victorian statistics from 2014 that suggested police were called to more than 4,000 domestic incidents where children were the perpetrators.

Esther considers herself at the bottom of a giant gaping hole in our legal system. She wants to raise awareness because of all of the horrible domestic violence we've seen in the news over the last few weeks and months. Because as far as she's concerned it starts when they're young. It starts with boys like David.

"The support just isn't there," she said. "That's the part that really frightens me. I am terrified about who he will grow up to be, and yet the writing's been on the wall this whole time. I am scared for him and for society, and for me. I am terrified of becoming a statistic."

"Please help women like me not become your latest news feed. Our boys must know there are consequences for hurting others," she told Mamamia.

Reply
Upvote
Dearest Esther, I just wanted to send you a hug.
I birthed a monster, I know your struggles. He’s now in his 30’s and I’m still here. Emotionally Battered & bruised but finding joy and contentment. I’ll include you in my daily blessing
F
felab 9 months ago