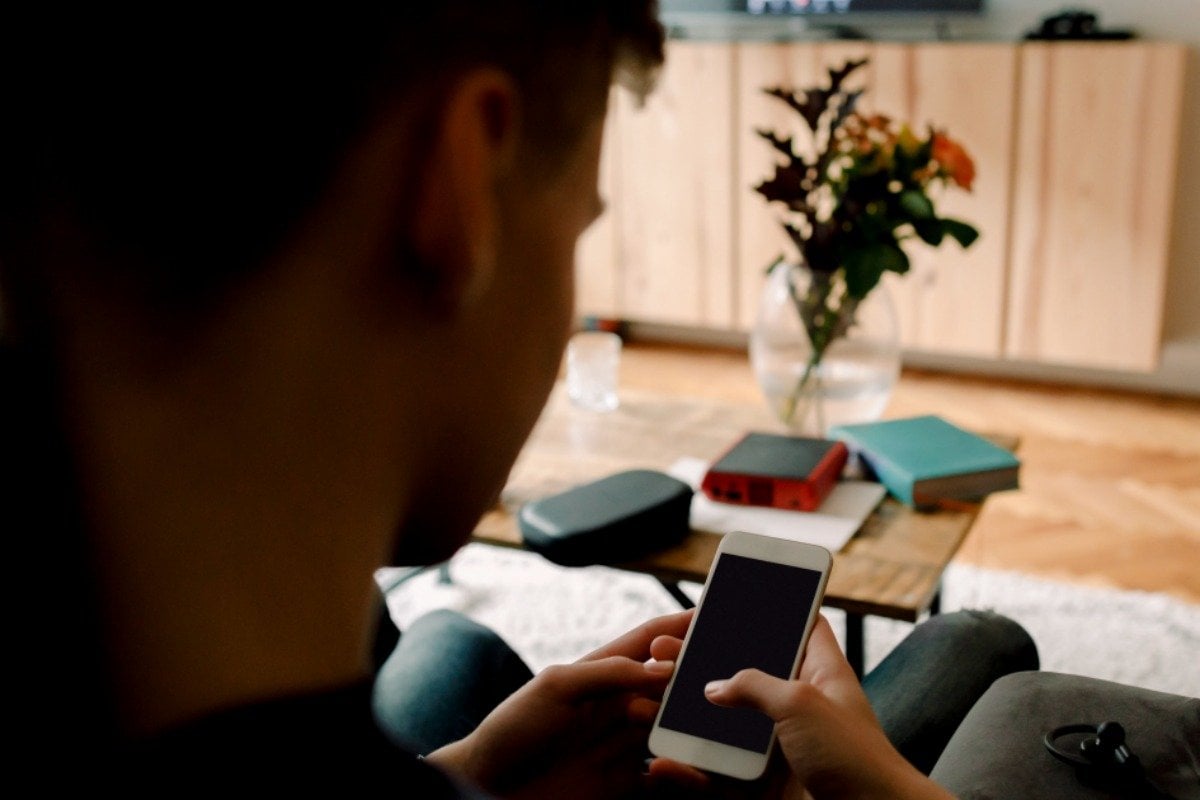 My phone dinged with a Snapchat alert — I had a new snap from my friend, Marie.

I was out of town for work and our kids had been playing together earlier in the day, so I assumed it would be a cute picture or video of our kids, both in Year Five, being silly.

What showed up on my screen was not our kids playing, and it took me a while to wrap my head around what my eyes were seeing. It was an extremely graphic point of view video of a hand stroking a penis.

As I pieced together what I was looking at, the sound of the video caught my attention and the pleasureful moaning started just as a face came into view.

It was the face of my neighbour’s 11-year-old son, Frank.

I threw my phone across the room while shrieking, "Holy sh*t, what the hell did I just see?" All logic and rational thought went out the window and my stomach began churning as I realised what I just watched.

What should I do?

After some deep breaths, I did what I always do when faced with a challenging situation — I pulled up Google and did a search. It was probably just wishful thinking, and a little silly considering the situation, but I was hoping to find something that might help me navigate this.

And I had no idea what else to do.

There’s very little advice on Google for an adult that’s been sent an unsolicited pornographic video from a child. But there was plenty of advice for parents whose children receive unsolicited videos from friends and classmates. So, that’s where I started.

This was a serious and awkward situation.

Listen to This Glorious Mess, Big Kids, with Andrew Daddo and Holly Wainwright. Post continues below.

My mum-radar was going off like a fire alarm as I realised that video was likely not meant for me. Frank’s safety was a huge concern, but there were several other serious concerns as well.

That video was child pornography.

I had inadvertently watched it, and it was on my personal mobile phone. My rational brain was struggling to keep up with the situation and I felt sick with worry. The laws were designed to protect children from predatory adults, but couldn’t this be considered possession of child pornography?

Realising the seriousness of the situation I decided to call our local police station for advice. They had me talk to an incredibly helpful officer. She assured me that based on what I shared with her, this was likely just a really stupid mistake and wouldn’t require law enforcement action, but may necessitate an alternative intervention.

She advised me to take the following steps:

1. Do not open the video again or send the video to anyone, even his parents.

She immediately told me not to reopen or send the video.

2. Contact his parents and tell them what happened so they can make sure he’s not in immediate danger.

She shared with me that the most common response from kids involved in sexting incidents is extreme shame and embarrassment. There have been similar situations where students have harmed themselves, so she advised me to contact his parents right away.

She also shared my concern that Frank may be corresponding with an adult or older child and this video may have been intended for them.

3. Be available to support Frank’s family and educate my own children on the risks of sexting.

Her final advice was to be available to support Frank’s family and to use this experience to educate my own pre-teen kids on the dangers of the internet and sexting.

I’m taking her advice a step further by sharing it with you, too.

She expressed her gratitude for reaching out and assured me she would be following up with the school psychologist to plan a lesson on internet safety and the dangers of sexting for the school. Sexting was a topic they didn’t usually discuss until much later, but this was a clear indication there was a need to educate younger kids, too.

And then I spoke to Frank's parents.

To say they were mortified would be an understatement.

They hadn’t given much thought to his online safety because he didn’t have a mobile phone. He had access to an iPad they assumed he was using for games or watching YouTube kids. But they didn’t really know for sure what he had been up to online.

They hadn’t even started talking to him about sex and sexuality because they didn’t think he was ready yet.

Eventually, they contacted the school psychologist for some guidance. They were advised that Frank photographing and videotaping himself in solo-sexual situations was just him exploring his sexual identity. The problem was with him sharing the content and the potential consequences that came with it.

Images and videos, like the one he sent me, can come back to haunt people. We live in a world where anything can be copied, sent, posted, and seen by large audiences. There can also be serious legal consequences — it’s just not something to mess around with.

Frank’s parents invited me over to talk with all three of them about a week after the incident. It was a suggestion from the school counsellor, as she thought it would help us all move forward. We were family friends and none of us wanted this incident to change that.

I was grateful for the opportunity to tell Frank why I had approached this situation so cautiously. I needed him to know I had been worried about safety, not his sexual activity. This was a difficult subject for all of us to navigate and I knew it could cause issues with his future sexual explorations, or alter his sexual attitudes and beliefs if it wasn’t handled delicately.

After our conversation, Frank thanked me for not making things weird and I thanked him for being mature enough to have this kind of tough conversation.

You can read more from Bradlee Bryant on Medium.

Reply
Upvote
1 upvotes
I think you handled it very well. If that was me, I'd probably completely freak out, never leave my daughter alone with the boy again, and maybe just not have anything to do with the neighbours for a while after that.
msd 2 months ago