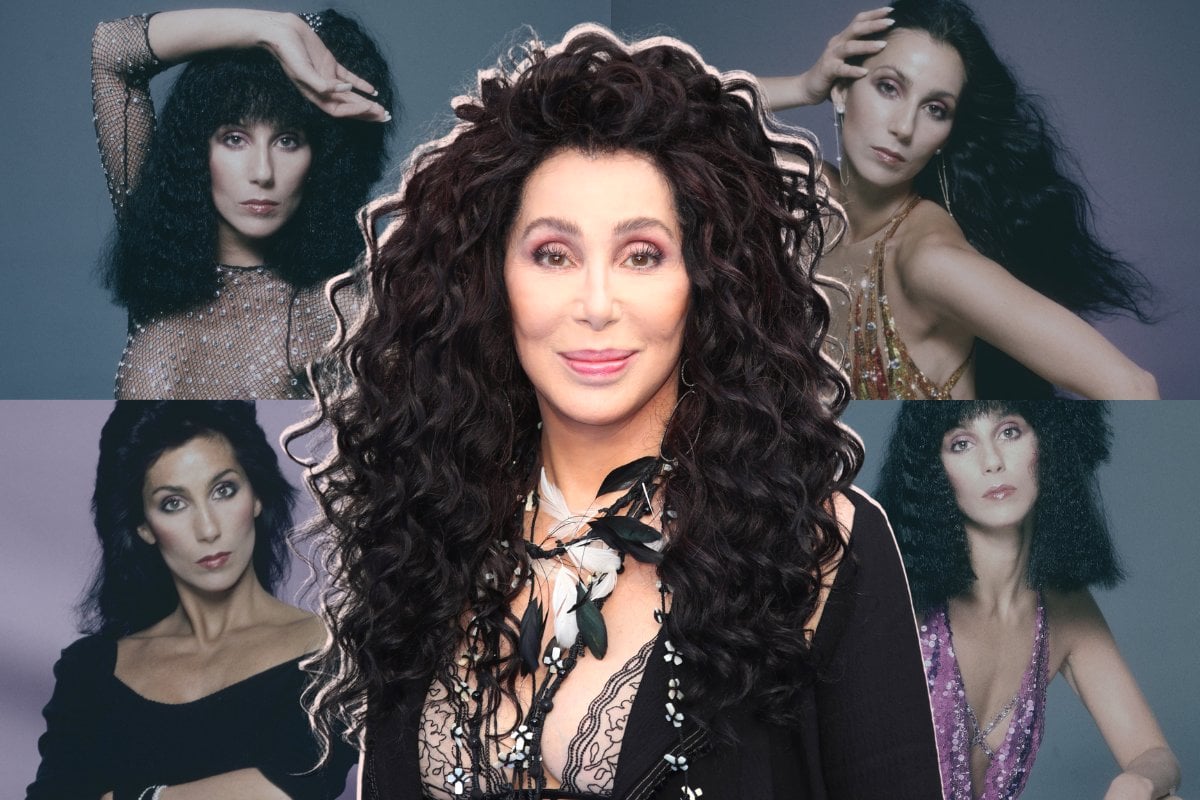 In 1982, Cher was starring in Broadway show Come Back to the Five and Dime, Jimmy Dean, Jimmy Dean when she noticed a man waiting for her at the stage door.

She figured he would give her a handshake.

"I thought he was going to shake my hand, and he grabbed my arm and put it behind my back," she told The Guardian.

Watch: The wildest Met Gala looks of all time, because you know Cher's on the list. Post continues below video.

"He started pushing me down the alleyway, and he said: 'If you make a sound, I'll kill you.

"Two fans, who later became friends, saw something was wrong, and they started screaming and ran towards me, and he ran away."

Cher said she is far more hesitant to go out in public these days.

"I don't like going out now because everybody's got a camera and it's not safe. People rush you, and you don't know if they’re going to kill you or take your picture. Either way, I don't like it."

Every aspect of Cher's life has been played out in public - at least for the last 55 years.

Cher was born in 1946 to model and actress Georgia Holt and truck driver John Sarkisian. Her parents divorced when she was 10 months old, and Holt later married actor John Southall whom she had another daughter, Georganne.

Struggling financially, Holt briefly placed Cher in a Catholic orphanage where nuns urged her to place her daughter up for adoption.

"I heard the abortion story when I was a teenager," Cher said in a 2013 TV special, referring to the fact her mother had contemplated abortion after discovering she was pregnant at 20 years old.

"The orphanage story has been a touchy one for my mum her whole life, and she didn't want to talk about it. I said, 'Mum, why didn't you just march in and take me?' She said, 'I didn't have the power. I didn't have any money or a job, and the church was so strong. I'd go see you every day and you'd be crying. You don't know what it was like.' It was harder for women then." 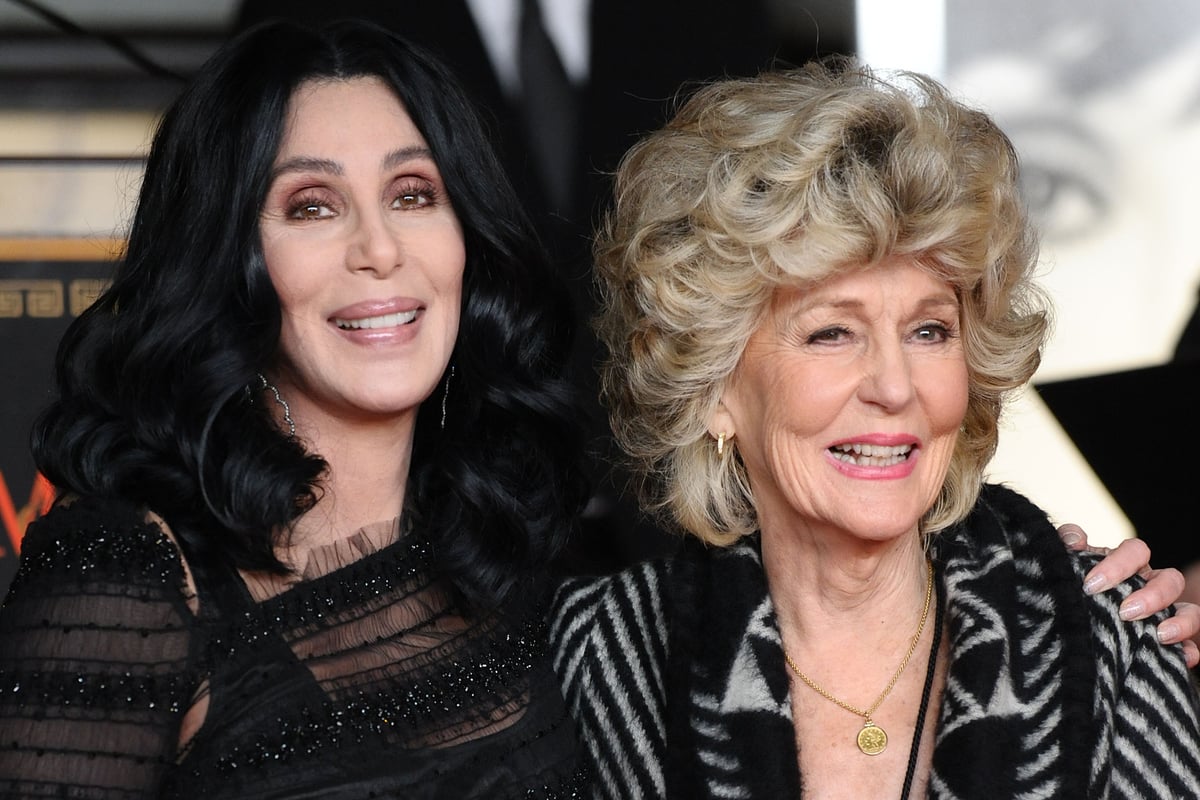 At 16, Cher dropped out of school and moved to Los Angeles with a friend.

In 1962, she met Sonny Bono when he was working for record producer Phil Spector - who offered Cher a job as his housekeeper.

Spector used her as a backup vocalist on many of his recordings, and produced her first single, 'Ringo, I Love You' under the name Bonnie Jo Mason.

The song was rejected by many radio stations as they thought Cher's deep contralto vocals were a man's vocals and therefore believed it was a male singing a love song dedicated to the Beatles drummer Ringo Starr.

Cher and Sonny started a relationship. He'd initially encouraged her to become a solo artist, but she asked him to perform with her because she suffered from stage fright.

She released her debut solo album in 1965 - the same year she and Sonny released their singles 'Baby Don't Go' and 'I Got You Babe' and their album, Look at Us.

Sonny and Cher charted ten Billboard top 40 singles between 1965 and 1972, including five top-ten singles. At one point, they had five songs in the top 50 at the same time, a feat equaled only by the Beatles and Elvis Presley. 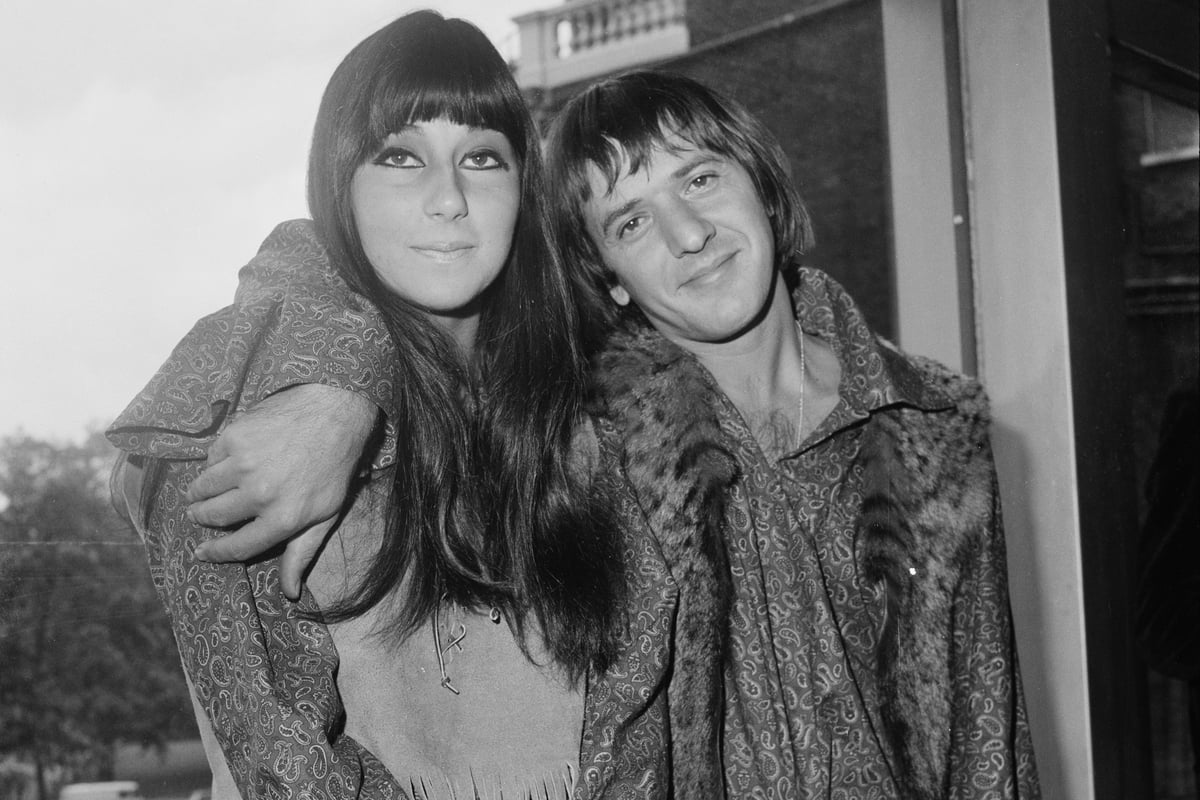 But by the end of the 60s, their commercial success was wavering as their monogamous, sober lifestyles were increasingly unattractive to the youth of the time.

By 1971, they had two failed movies under their belt and desperate, created a nightclub routine in Las Vegas. Their onstage banter - which was mainly Cher heckling Sonny - was popular, and led TV executives signing them for The Sonny and Cher Comedy Hour.

By the following year, cracks began to show in their relationship. They both engaged in affairs, and at some points had different partners living with them.

"The public still thinks we are married," Sonny wrote in his diary at the time, "[and] that's the way it has to be."

In February 1974, Sonny filed for separation. Cher then demanded a divorce, citing "involuntary servitude" as the reason.

Their divorce became final in 1975, and Cher, who had been content to allow Sonny to handle the business end of their careers, walked away virtually penniless and owing her ex-husband millions.

"We worked side by side for 11 years and I ended up with nothing. I worked really hard for that money, and it never occurred to me that he would take it," she told The Guardian.

"I had to give him $2m on top. Because I didn’t carry out the contract for Sonny and Cher as a couple. It never occurred to me that I would be charged with the contracts we didn't fulfill." 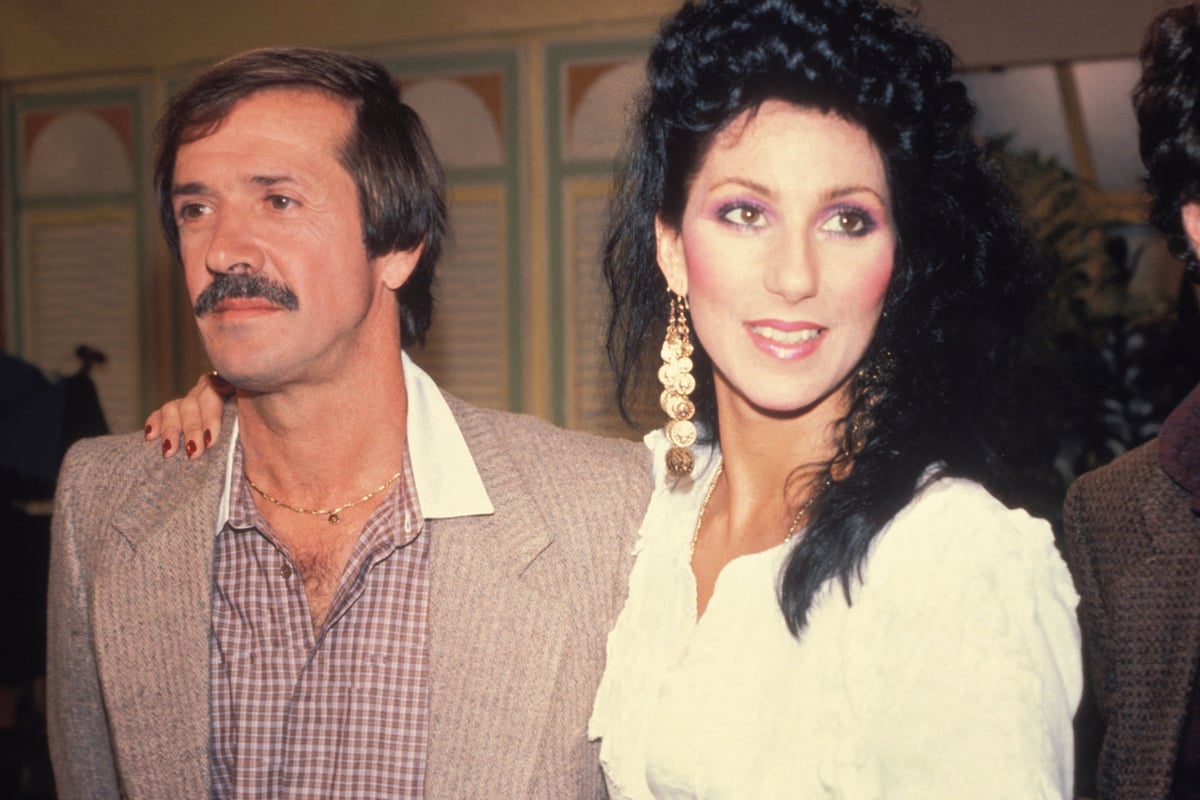 Despite this, she said she wasn't furious with him.

"You know, we had such a strange relationship. The day we got our divorce, he grabbed me, bent me backwards and kissed me, and we were hysterical. I couldn't keep angry with him for some reason. I had a lot of anger, but I couldn't stay angry."

Four days after finalising their divorce, she married rock star Gregg Allman. She filed for divorce nine days later due to his addiction issues, but they reconciled within a month.

With her recording career in a tailspin (she'd had multiple albums which failed to chart, or had dismal sales), Cher turned her focus to her acting career. 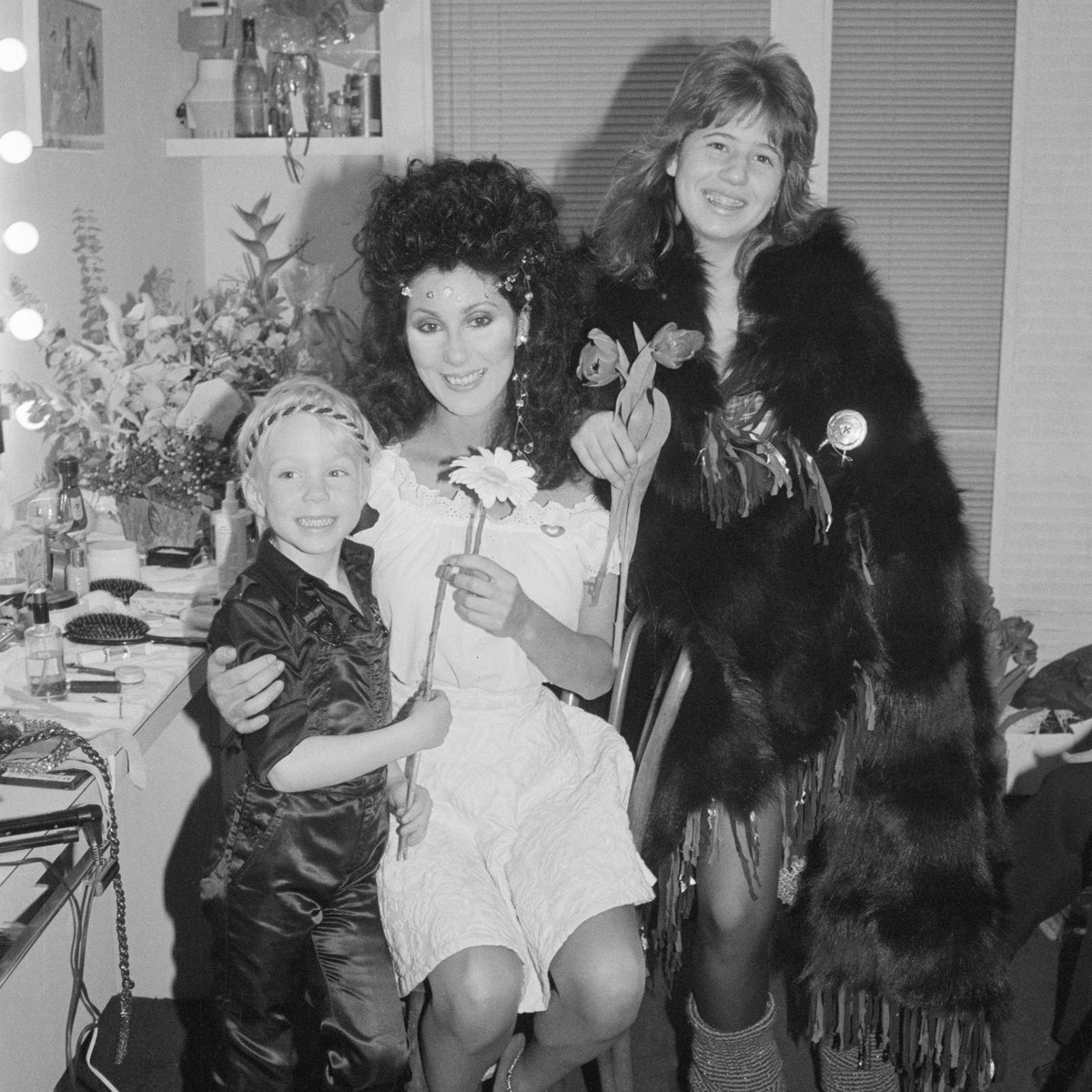 This is what brought her to Broadway - and her near-death experience.

The show's director Robert Altman signed her to the film adaptation of Come Back to the Five and Dime, Jimmy Dean, Jimmy Dean too, and Cher credits her successful film career to this decision.

Around this time, she also revived her musical career - and began attracting controversy for her 'unconventional lifestyle' which included plastic surgery and affairs with younger men.

She had romantic relationships with actors Val Kilmer, Eric Stoltz, and Tom Cruise, hockey player Ron Duguay, film producer Josh Donen, Bon Jovi guitarist Richie Sambora, and Rob Camillotti, a bagel baker 18-years her junior whom she dated from 1986 to 1989 - and who was known to the public as 'bagel boy'.

She once said Tom Cruise was in her top-five lovers.

She also once said men are not a necessity. They are luxuries, like dessert.

"I was struggling to get a movie made," Cher recalled to The Guardian. "[Her mother] said: 'Honey, what you need in your life is a rich man.' And I went: 'Mum, I am a rich man.' It still has a meaning to me. I don't need that; I am that."

Cher also became a gay icon - cemented by her becoming a fierce supporter of LGBTQI+ rights when her son Chaz transitioned.

In recent decades, Cher continued both a musical and film career, with a Vegas residency, roles in 2010's Burlesque and 2018's Mamma Mia! Here We Go Again.

With a net worth of US$360 million and nearly six decades of show biz under her belt, Cher has spent a lot of her time in the last 12 months on activism, philanthropy and advocating for US President-elect Joe Biden.

She's also continued being a Twitter icon, loved for her very passionate use of emojis and capslock.

trump can’t steal America so he’ll blow💣💥it up.I would’ve said,He sold his soul 2 the devil,but WHAT SOUL⁉️When he’s gone,I’ll actually kneel by my bed like when I was little,& 🙏🏻He Never Comes Back.HE’S KILLED 250 Thousand Ppl.🙏🏻All those souls linger When he closes His👁👁

In November 2020, Cher joined Four Paws International and traveled to Pakistan to advocate for and work with the country's government to have Kaavan, an elephant who had been confined to a zoo for 35 years, transferred to a sanctuary in Cambodia. She'd learned about him on Twitter, and the more she learned the more she felt determined to free him.

Was on The phone last nite with mom,she made me tell her EVERY DETAIL About Kaavan. At end,she said
“When Their Trunks Touched I Cried,Do you Think They’ll Be Together🐘🐘”.
“Yes Mom”
“Oh Honey,I’m So Happy”
“Me 2 Mom”
“Honey,I’m So Proud Of you…Look What You Did👏🏻”
“Yes Mom”

She started charity Free the Wild with Bob Geldof's manager Mark Cowne and has continued to advocate for other elephants and animals in captivity following Kaavan's release.