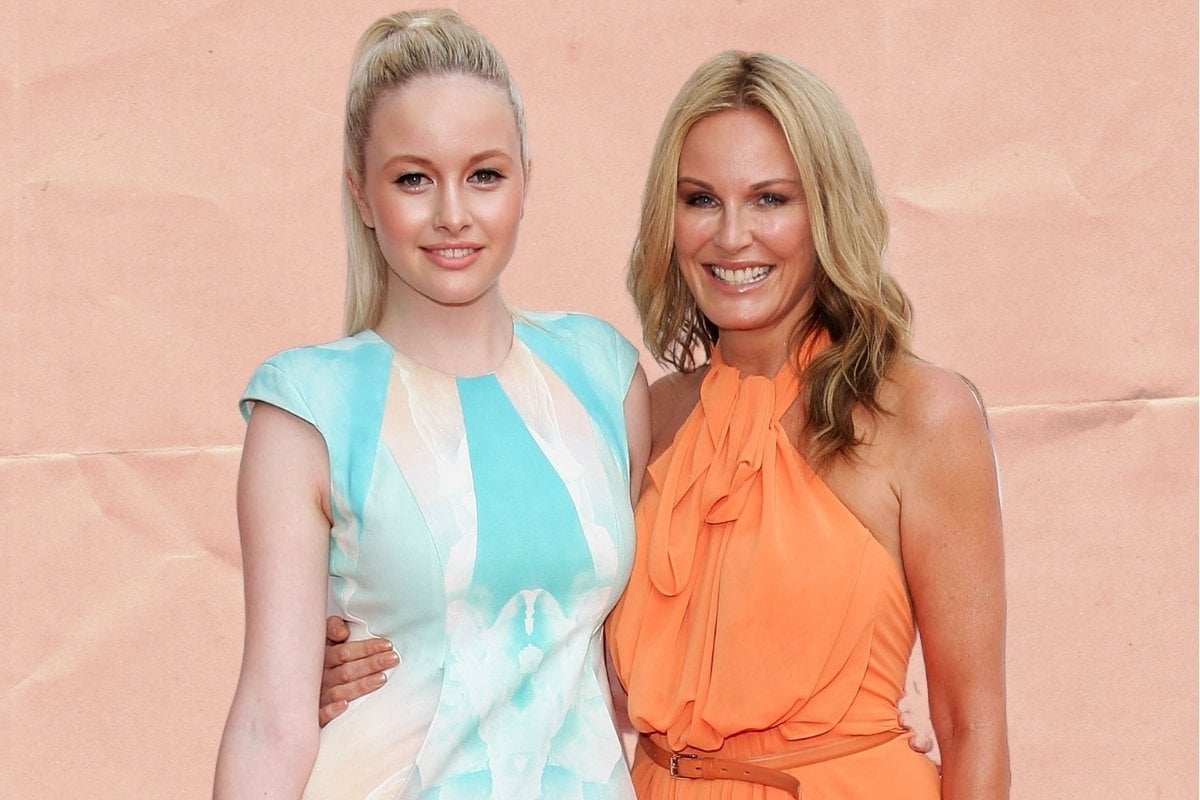 The following deals with suicide, which may be triggering for some readers.

Model and television personality Charlotte Dawson was a fiercely loved person. Loved by her family in New Zealand, loved by her colleagues and large social circle, and loved by the handful of friends she kept closest.

Simone Holtznagel was among them.

Simone met Charlotte while competing on the reality show Australia's Next Top Model back in 2011. Charlotte was a judge, famous for her acerbic wit and no-nonsense critiques.

"She was definitely intimidating when you first met her," Simone told Mamamia's Extraordinary Stories podcast. "She was just such a force... But as soon as you actually met her, she was just so lovely. I think she liked that; she liked having that strong, don't-mess-with-me kind of persona."

Charlotte served as Simone's mentor during the show, a mother figure. And in the aftermath, she became a friend. The kind of friend who could come and go from her apartment like family, who shopped for and comforted her when she was unwell, who'd share hysterical fits of laughter about the kind of macabre things only friends can.

Simone was also the kind of friend who also saw up close what others only knew from a distance.

Watch: The difference between sadness and depression.

At the time, Charlotte was one of the few people in the public eye who chose to be open about their mental illness. She endeavoured to normalise it.

She spoke about her struggles in the media. She wrote about them in her memoir, Air Kiss and Tell, and on Twitter, despite warnings from her then-agency that it was "brand damaging". She encouraged open conversation, resilience, and help-seeking.

In the wake of her death, much was made of the merciless online trolling Charlotte had received (death threats, suicide taunts and all), of the very public breakdown of her marriage to Olympic swimmer Scott Miller, and of the couple's decision not to proceed with an unplanned pregnancy.

Mental illness and suicide is, of course, far more complicated than any of that. And Simone Holtznagel and Charlotte's other close friends were by her side as she tried to untangle herself from the nebulous disease.

She and her friend, fellow Top Model alumnus, Maddy Huett, would use their key to Charlotte's apartment to check on her when she fell quiet or they received concerned phone calls from other loved ones. They spoke to her about their worries for her. They made an appointment for her at the doctor. They phoned Lifeline for advice.

"We were just like, 'Look, we've got a friend who's in this situation. We don't know what to do.' Because it was like the blind leading the blind," she said. "I was 20, Maddy was in her 20s and her other two friends were about Charlotte's age, but it's like, 'We don't know what we're doing. We're not professionals, we're not equipped to handle it.' We were just trying to do the best that we could." 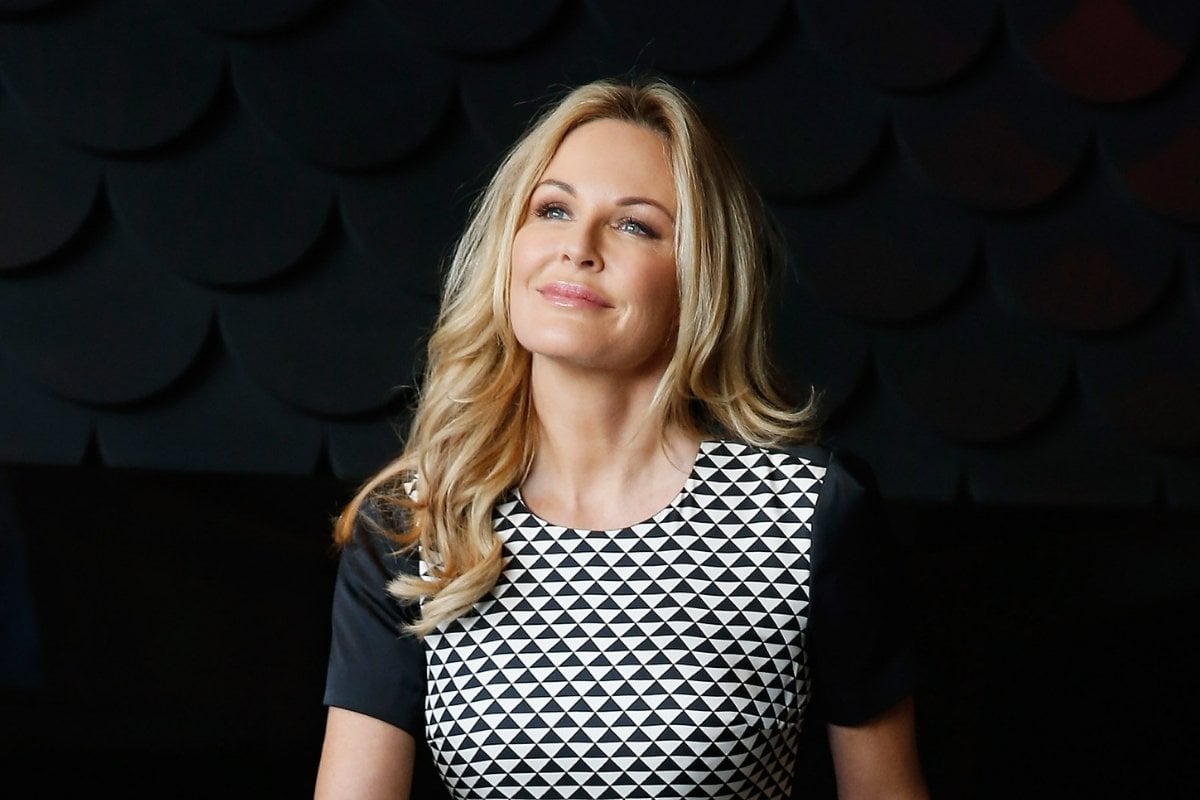 When Charlotte died, her family was across the Tasman, and it fell to her friends to identify her body. Simone was among them.

In the waiting room, they sat with two detectives and a counsellor, who described to them exactly what they were walking into. What the room looked like. What Charlotte would look like, the placement of her hands. Everything.

Feeling supported, prepared, devastated, the group walked in together. But they left, one by one until it was just Simone with her dear friend.

"I just stood there. I told her how much I loved her," Simone said. "I wish I gave her a kiss. But I was too scared — I was only 20 [years old]. But I'm really glad that I [saw her]. She looked beautiful, of course; hair done, nails done, lashes done. She looked amazing."

At the age of 20, Simone was confronted with the reality of losing a loved one to suicide, and all the hurt and anger and grief that comes with it.

About 3,000 Australians end their lives each year, or about eight people a day. That's roughly triple the national road toll.

Suicide is the third leading cause of premature death from injury or disease, and the main cause of death among people aged 15 to 49.

It affects people with mental illness and without, and has profound and lasting consequences for those left behind.

Listen: Over three episodes, some of the people who knew Charlotte Dawson best tell the extraordinary story of her life.

Speaking to Mamamia, Georgie Harman, CEO of mental health organisation Beyond Blue, encouraged people in situations like Simone found herself in seven years ago to do what she and her friends did — to check-in, to persist, to talk, to reach out for advice.

"Lifeline and Beyond Blue and other helplines are not just there for people in crisis; they're there for people around that person in crisis. And we can often coach people about what's helpful and what's not and also support those people through the trauma of seeing someone that you love going through such a horrible thing," she said.

Georgie reiterates that they — like so many loved ones of people in a mental health crisis — did their absolute best.

"Part of the horror of that experience is often the guilt that people feel when they've tried as hard as they can, as people who are not mental health professionals. And still, that didn't work," she said. "And for anyone who's experiencing those overwhelming feelings of guilt, I want them to know that it's not their fault. They did everything that they could."

To hear Simone and other loved ones tell the story of Charlotte Dawson's remarkable life, listen to the Extraordinary Stories podcast. Available to MPlus subscribers online and via the Mamamia app.

If you are contemplating suicide, experiencing emotional distress, or caring for someone in crisis, call Lifeline on 13 11 14 or Beyond Blue on 1300 22 4636.