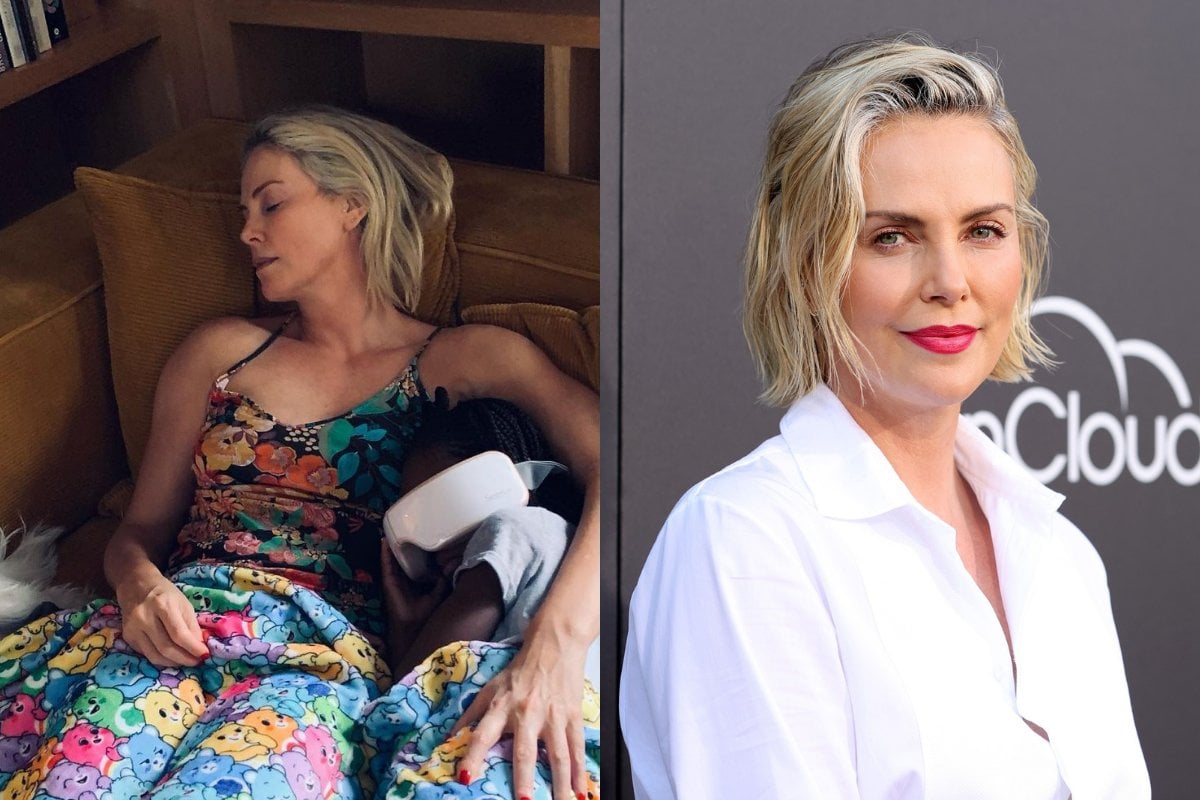 Charlize Theron is not typically one to share much about her private life with the press or on social media.

While she has had a career spanning decades that has been in the spotlight, the actor has sought out to maintain a healthy private life not easily accessible to the public.

Theron has two adopted children, who she says have been her pride and joy.

Watch: Charlize Theron on why she chose adoption. Post continues below.

In 2020, the actor posted a rare photo of her daughters — Jackson, 8, and August, 5 — to Instagram in honour of National Daughter's Day.

"My heart belongs to these two beautiful powerhouses," she wrote. "I will never be the same."

The Bombshell star's daughters came into her life via adoption.

The 45-year-old had always considered that as her 'first option' for starting a family, something she's traced back to awareness of overcrowded orphanages in her native South Africa.

Theron filed applications in "whatever country" would permit her as a single woman. And after starting the process, it took two-and-a-half years and seven arrangements falling through before she became Jackson's mother in March 2012.

Their connection was instant.

"I got out of the car and I saw her through a window, and somebody was holding her," she told the podcast Five Things with Lynn Hirschberg. "My heart just jumped out of my body, and I almost couldn't catch it. It was a visceral, emotional feeling."

The same happened with August in 2015, shortly after the end of her three-year relationship with Sean Penn.

Both her daughters had been born in the United States.

Happy World Adoption Day from our family to yours!! If we continue to open our minds and hearts, maybe we will find ourselves in a world where every child has the loving family they deserve ❤️ #worldadoptionday

"I wanted to believe that somehow my child would find me, in the way that we were just meant to be," she told NPR.

"Everything that I hoped would happen during my adoption process did happen because these two babies were meant to be in my life — and they’re my children."

Theron has described the adoption process as one of the most difficult periods of her life, but acknowledged that many hopeful parents — particularly other single women — struggle even more.

Stigma persists around single people becoming parents, and several countries (such as South Korea and Sri Lanka) have banned them from inter-country adoption.

"It’s just so unfortunate. I know so many people who would be incredible parents," Theron added.

"My fight was a little bit easier because of my circumstances, but I would want that for all women who want to share their life."

"I was still talking about her in the press using the wrong pronoun."

Theron has spoken relatively frequently about her girls.

In May 2020, she posted a photograph to Instagram of an infant Jackson sleeping on her chest on the set of the 2015 blockbuster, Mad Max: Fury Road.

"I became a mum right before we started shooting," she wrote in the caption. "At least my child will forever have the fun fact of 'I spent most of the first year of my life in a war rig.'"

In 2019, she spoke about Jackson being transgender, and how her little girl first expressed her gender identity as a toddler.

"Yes, I thought [Jackson] was a boy, too," she told the Daily Mail. "Until she looked at me when she was three years old and said: 'I am not a boy!'

"So there you go. I have two beautiful daughters who, just like any parent, I want to protect and I want to see thrive."

While Theron is conscious of letting Jackson own her experience ("One day, if she chooses, she’ll tell her story"), the actor has publicly spoken about the importance of using correct pronouns when referring to her.

After all, Theron told the Daily Mail, who her daughters want to be in this world is not for her to decide.

"My job as a parent is to celebrate them and to love them and to make sure that they have everything they need in order to be what they want to be," she said, "and I will do everything in my power for my kids to have that right and to be protected within that."

In 2019, she told NPR the concept of what it means to be a family, in the traditional sense, needs to be redefined.

"... It still feels very traditional in the sense that it should be that every child should have a mother and a father," she said.

"My fight was a little bit easier because of my circumstances, but I would want that for all women who want to share their life and be part of raising another young, small child's life."

Theron's dark childhood shines a startling contrast to that of her glittering career and happy family life today.

The Prometheus actor's start in life was anything but easy, and at 15 years old, she watched her father be murdered in front of her, by her own mother as an act of self-defence. 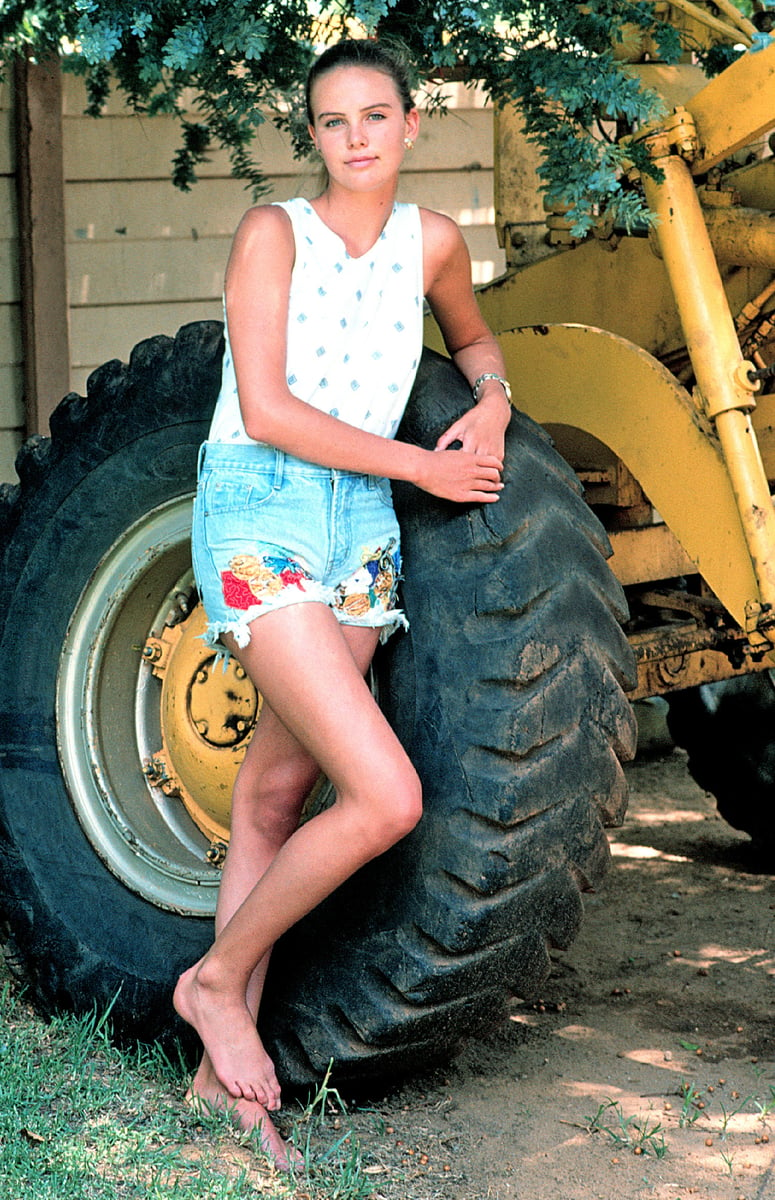 In 2019, she shone a light onto the traumatic event which led to his death and explained he had shot three bullets through a door she and her mother were hiding behind.

"None of those bullets ever hit us, which is just a miracle. But in self-defence, she ended the threat," she explained to NPR.

"The more we talk about these things, the more we realise we are not alone in any of it."

She shared her father was so drunk during the situation that he "shouldn't have been able to walk" when he returned to her family home with a gun.

"The day-to-day unpredictability of living with an addict is the thing that you sit with and have kind of embedded in your body for the rest of your life, more than just this one event of what happened one night," she said.

"My mum and I were in my bedroom leaning against the door, because he was trying to push through the door.

"So both of us were leaning against the door from the inside to have him not be able to push through." 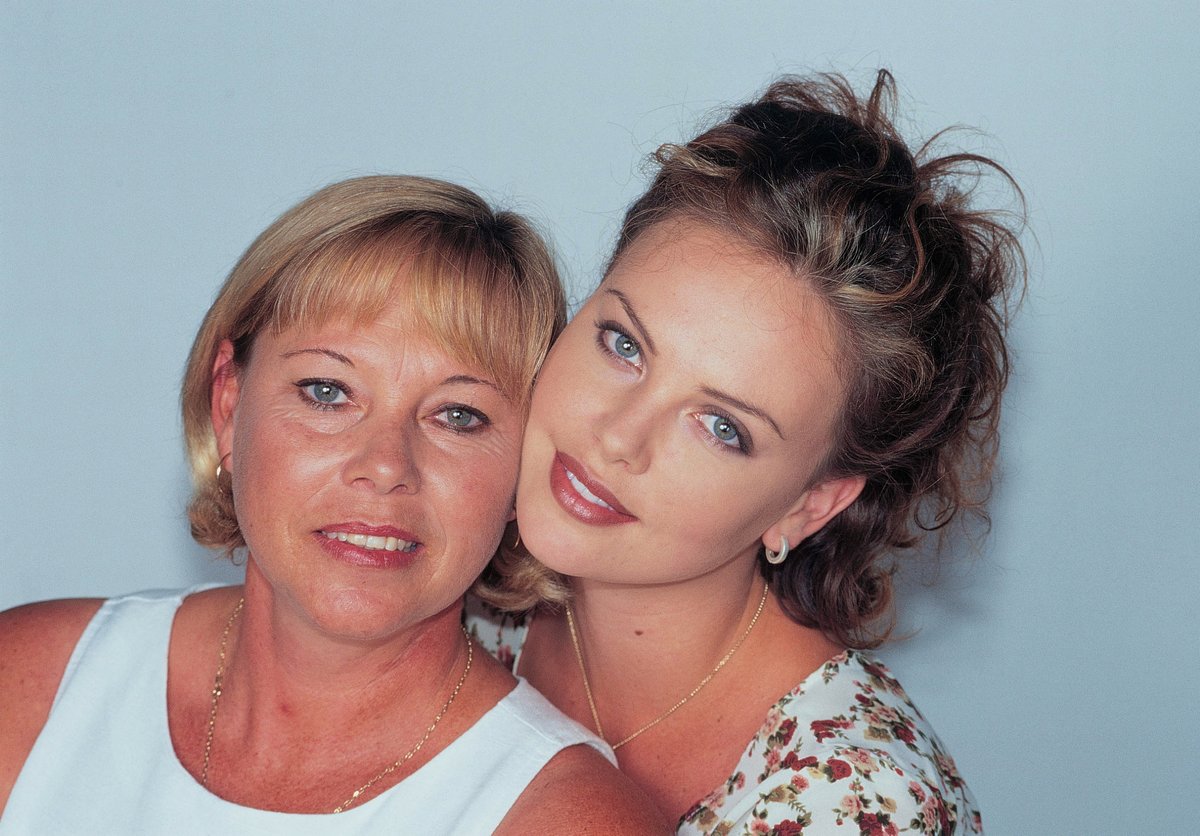 Charlize Theron and her mother, Gerda Theron in 1997. Image: Getty. She shared she wishes the situation had "never happened".

"I think our family was an incredibly unhealthy one," she explained.

"And all of it, I think, scarred us in a way. Of course, I wish what happened that night would have never happened. It's unfortunately what happens when you don't get to the root of these issues."