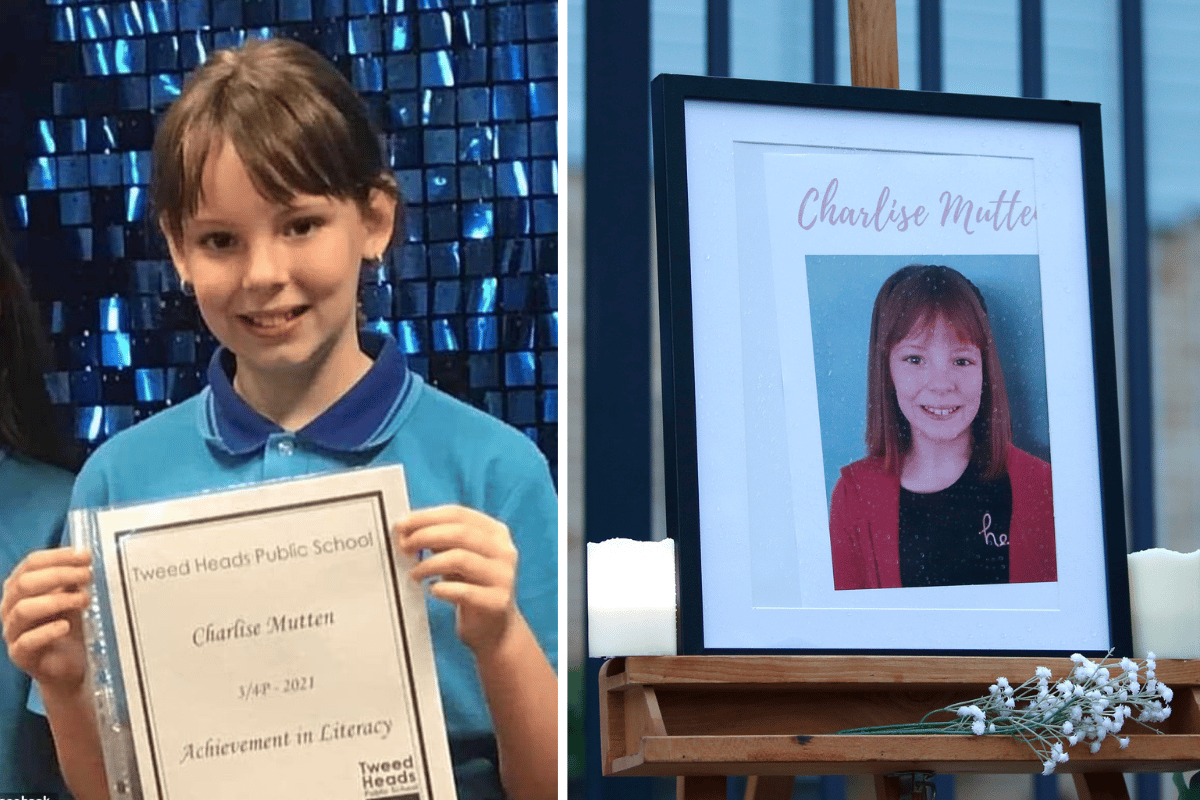 This post deals with violence against children, and could be triggering for some readers.

The murder of Charlise Mutten has captured the attention of the whole country.

The nine-year-old, who we now have permission to name and identify, was presumed missing in mid-January, only for police to then discover she had been allegedly murdered by her mother's fiancé.

Here's everything we know about the case, including the investigation's progress, Charlise's cause of death and the enquiries surrounding Charlise's mother.

What we know about the Charlise Mutten case.

Charlise lived in Queensland in the Coolangatta region with her grandmother.

The nine-year-old girl was on holiday in the Blue Mountains area, spending time with her mother, Kallista Mutten, and her fiancé Justin Stein.

They were staying at the Wildenstein Private Gardens in Mount Wilson, a lavish wedding venue which is owned by Stein's family.

Police were told Charlise was last seen on Thursday, January 13, on the veranda of the Mount Wilson property. She was however not reported missing until 8.20am Friday, January 14.

Investigators have since discovered Charlise was killed between 7pm on Tuesday, January 11, and 10am on Wednesday, according to court documents.

A large-scale coordinated search operation began in the Blue Mountains area, consisting of over a hundred police and emergency personnel such as dog units, police helicopters and the SES searching dense bushland for the little girl.

NSW Police also used geo-targeting messaging, asking locals if they had seen the young girl or any suspicious activity nearby. 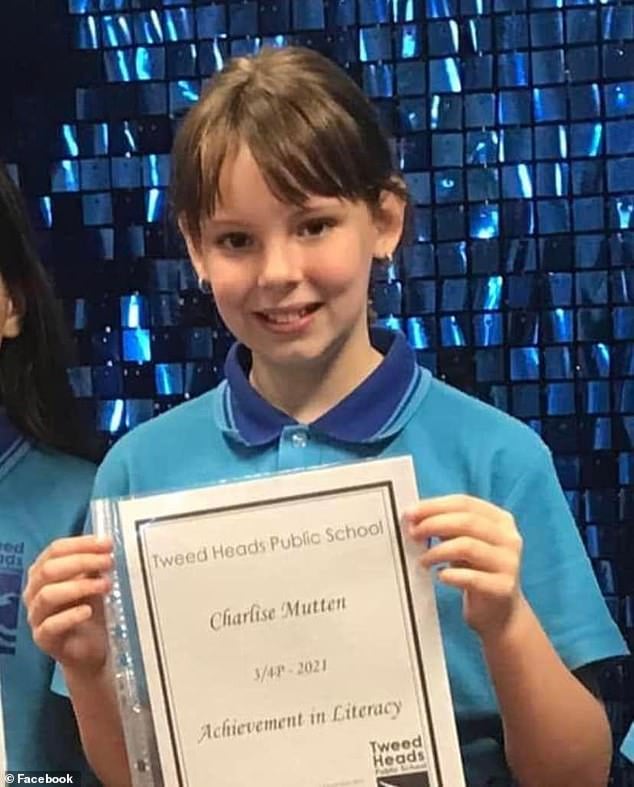 Justin Stein charged with the murder of Charlise Mutten.

The 31-year-old man has been charged with the murder of Charlise.

Stein's lawyer said his client had been under long-term care for "mental health problems" and had been prescribed a fairly high dose of antipsychotic drugs quetiapine and risperidone for many years.

The magistrate said he would order Justice Health to assess Stein's mental health needs but his prison status was up to Corrective Service NSW.

The court was told the case, due back in court on March 18 in Penrith, involved some "complexities".

Why we couldn't previously name Charlise Mutten as the victim of this crime.

Previously, Mamamia was unable to name the girl as she is an alleged victim of a crime. NSW law prevents media from identifying underage victims of crime.

The arrest of Justin Stein, now charged with the alleged murder of Charlise Mutten, throws into stark relief the inconsistent, complex and obscure patchwork of legal restrictions on publishing about criminal investigations and proceedings in NSW https://t.co/2wtDwdZtNi

From the moment an accused is charged in respect of a crime involving a child, the child's name and image can no longer be reported, even if such material was previously published in newspapers, on news sites or TV bulletins.

So when Justin Stein was charged, the media was then prevented from identifying Charlise.

However, a senior next of kin can consent to the identification of a deceased child in NSW. And this is what has since taken place this week, a senior family member of Charlise's giving the media permission to identify her, often in a bid for justice and acknowledgment. 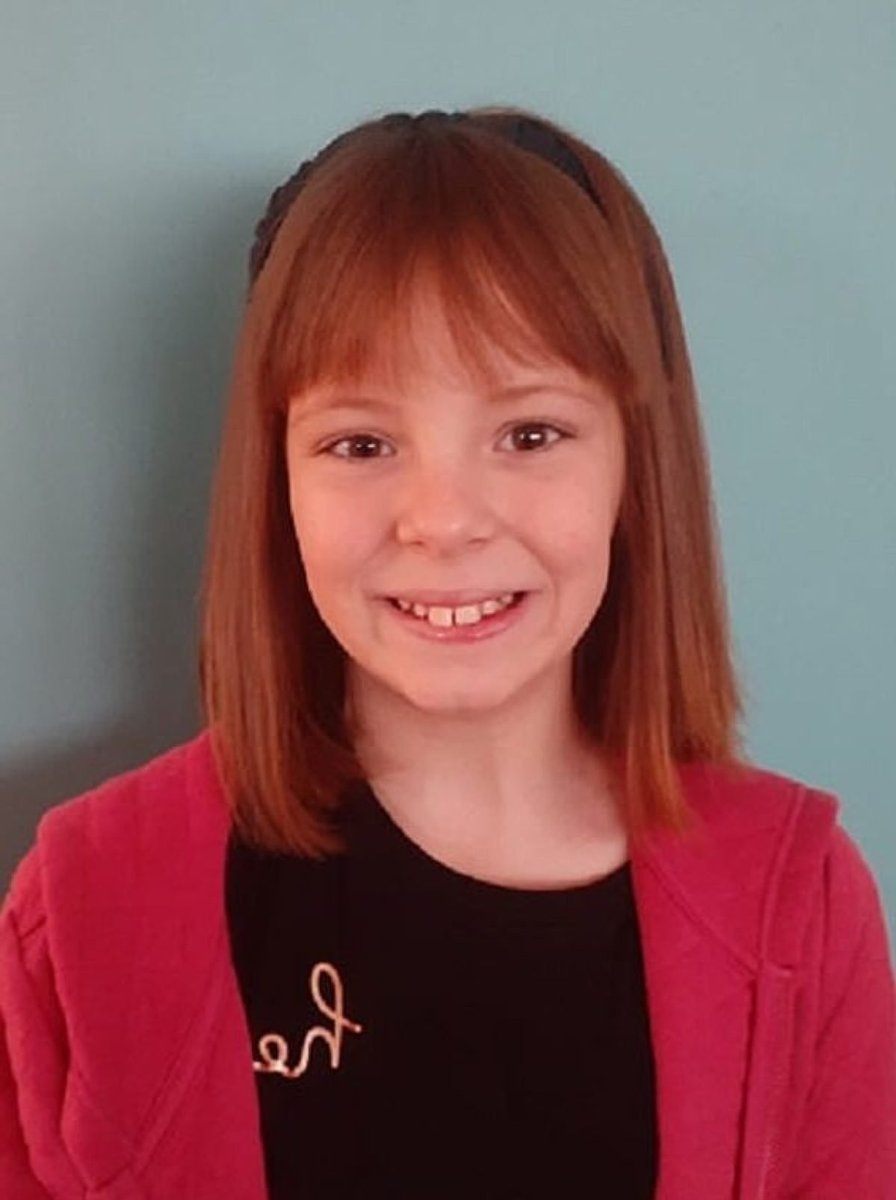 On Tuesday, January 18, police found a barrel in the bush near the Colo River. Inside the barrel were human remains, later identified as Charlise.

The remains are "consistent with the missing nine-year-old", Acting Commissioner Karen Webb said when the discovery was made.

Police believe Stein acted alone in the alleged murder, detectives relying on GPS data and CCTV to find the barrel.

Charlise's biological father took to social media on Wednesday morning to share his devastation about the loss of his daughter.

"We will get the answers for you baby, and we will honour you properly. This is not the end of you or your story Charlise."

Additional tributes began to flow in for the nine-year-old, including those from her school community.

The Tweed Heads Public School issued a statement saying: "We are absolutely devastated to hear this news about Charlise. Our hearts go out to her family, we cannot begin to imagine the distress they must feel. Charlise was a much-loved member of our school who brightened all our days, every day."

A candlelight vigil then took place outside the school on Wednesday, January 19. 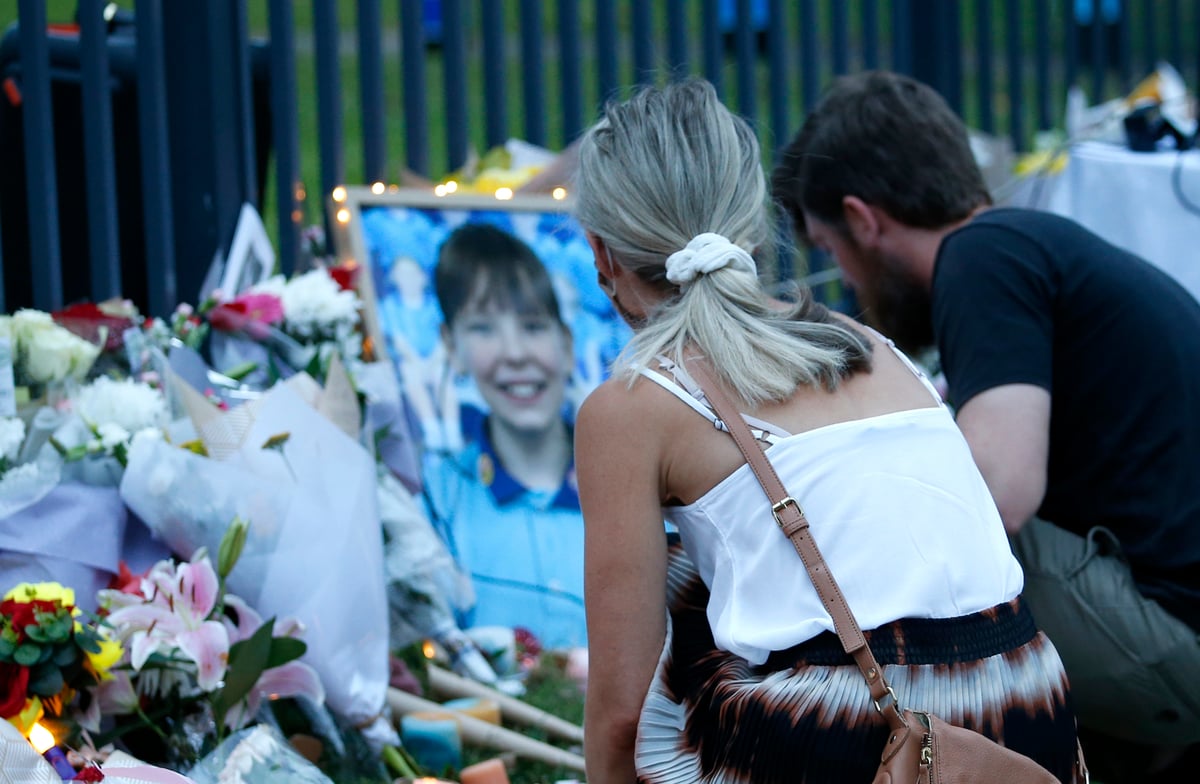 Detective Homicide Squad Commander, Detective Superintendent Danny Doherty said it would be alleged Charlise's stepdad Stein was alone with the little girl at the Wildenstein property on the evening of Tuesday, January 11, and took her life.

Detective Superintendent Doherty also told reporters that police would allege the barrel Charlise was found in had been taken from Wildenstein, suggesting the alleged murder occurred on the property.

Police have also released CCTV footage of a red Holden Colorado ute that was seen driving around and towing a boat in the inner Sydney suburb of Drummoyne followed by the northern areas of Wisemans Ferry and Colo River.

They allege Stein had previously tried to float a "covered up" boat at an inner-Sydney dock after buying sandbags from a hardware store, before travelling back to the Colo River.

In the back of the red ute was a blue tarp covering a barrel-shaped object in its tray. Mr Doherty said the security footage showing this had proven crucial in the investigation.

"When you see the CCTV footage there's a tarp on the back of the ute. What I can also say is that at some stage after leaving the Colo River, that item wasn't on the ute when it stopped at another service station on Bells Line Road at Kurmond," he said.

Colo River is where the barrel was eventually located. 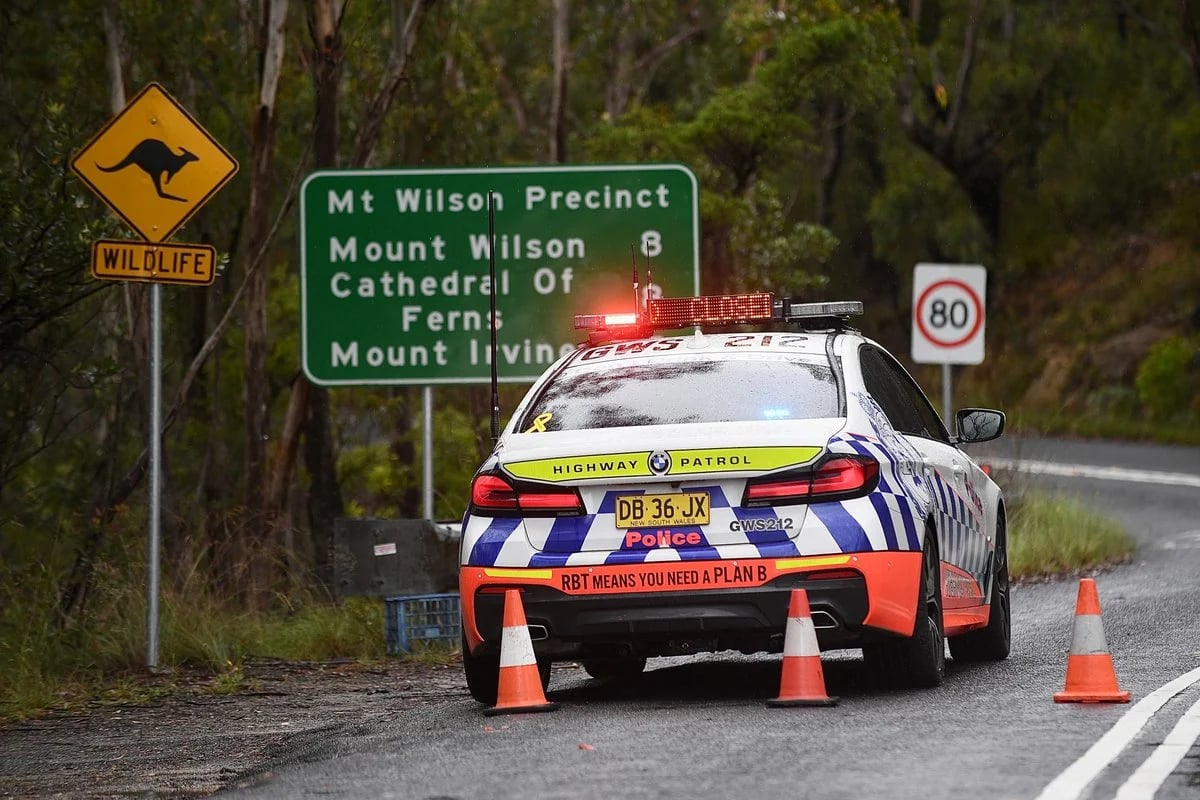 Police are continuing to appeal to anyone who may have seen suspicious activity in those locations.

"We're working on behalf of Charlise. We're trying to provide answers to her family and deliver justice on her behalf more importantly."

Charlise's cause of death revealed.

On Tuesday this week, police revealed Charlise was shot dead before her body was dumped in a barrel.

He said as far as he knew, Stein was not a registered gun owner.

"Charlise suffered a fatal gunshot wound and that's how she died. It's important that the public know that this is an unimaginable and egregious murder of a child. Investigations are still ongoing," he told reporters.

Charlise's mother was not present at the property at the time of the murder.

Stein was alone with Charlise on the night of her murder on Tuesday night.

The Daily Telegraph has reported Ms Mutten was staying at caravan park the Riviera Ski Garden in Lower Portland, at the time of her daughter's alleged murder, roughly 80km east from the Wildenstein property.

The caravan Ms Mutten was believed to be staying in at the time of her daughter’s death has been declared a crime scene and is now under police guard.

She then suffered a medical episode after her daughter's disappearance. Ms Mutten has since been re-interviewed and released from medical care, and is now being treated as a witness.

"The formal statement corroborates the original version she provided, and with the evidence we have, we’re treating her as a witness," Mr Doherty said. 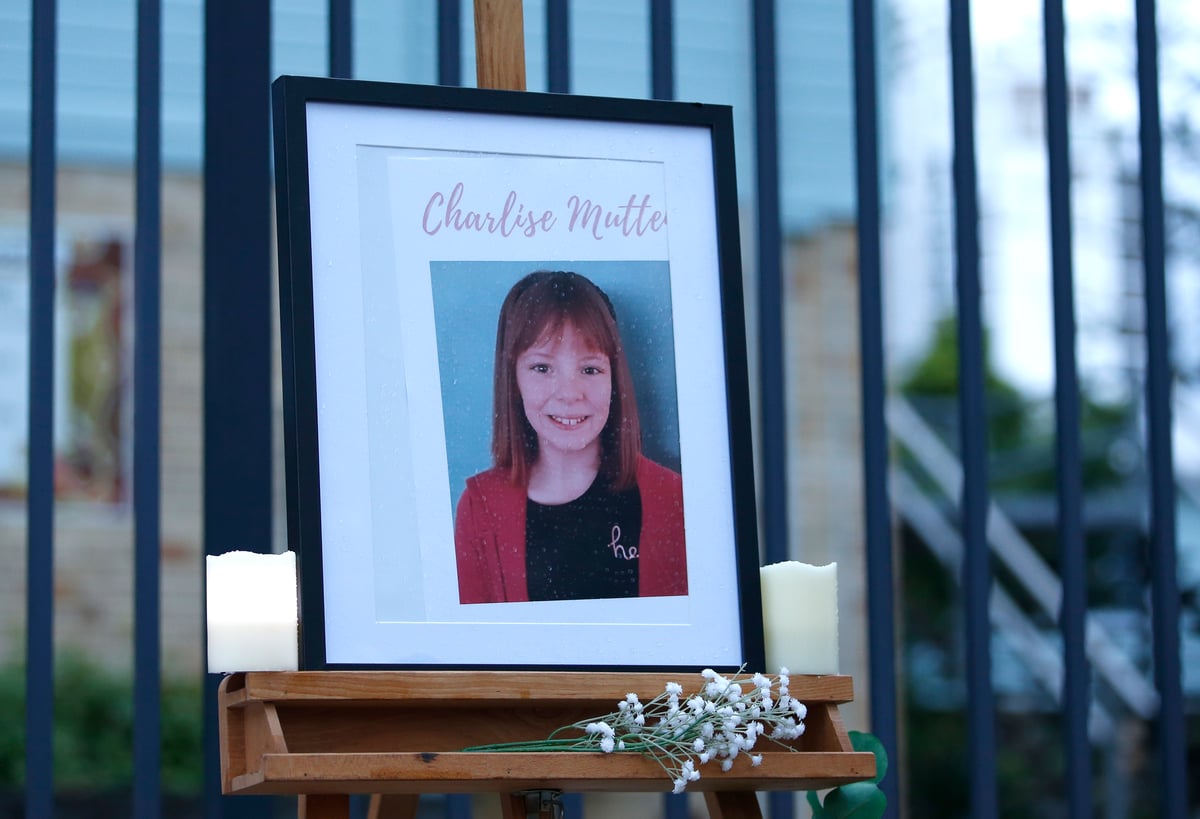 If this post brings up any issues for you, you can contact Bravehearts (an organisation providing support to victims of child abuse) here. If you are concerned about the welfare of a child you can get advice from the Child Abuse Protection Hotline by calling 1800 688 009, or visiting this website. You can also call the 24- hour Child Abuse Report Line (131 478).

Reply
Upvote
2 upvotes
After this incident I think women need to reassess who they bring into their lives after a divorce or separation . Thoroughly check out these men before u move them in .  Better still let them live at their own place do not get them involved in your kids lives until u have known them properly for at least a year or 2
News
General
Opinion
True Crime
Politics
Sport
Explainer
Entertainment
Celebrity
Reality TV
Movies
TV
Books
Rogue
Royal
Lifestyle
Beauty
Fashion
Weddings
Home
Wellness
Health
Fitness
Travel
Food
Parents
Before The Bump
Pregnancy
Baby
Kids
Teens
School
Parent Opinion
Work & Money
Money
Finance
Career
Lady Startup
Relationships
Sex
Dating
Separation
Friendship
Family
Real Life
Couples