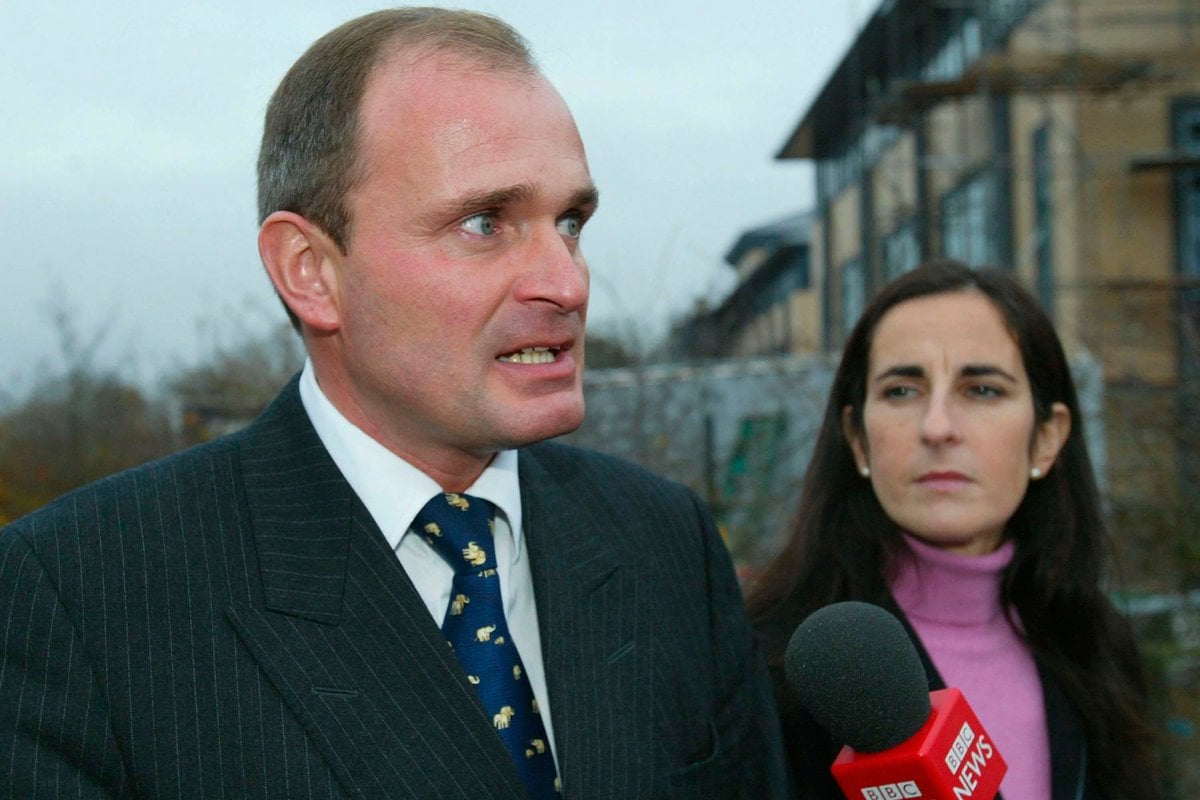 On the set of Who Wants To Be A Millionaire? in September 2001, Charles Ingram made history.

After winning one million pounds on the British television show, Ingram became the third person in the show’s history to win the top prize.

For the computer repairman and British Army major, it was a huge feat.

Watch the trailer for Quiz below. Post continues after video.

"It only takes one thing that you don’t know anything about, one little gap in your knowledge," he added.

But in this situation, the case of Charles Ingram really was that. Unusual.

When Charles Ingram made his appearance on the show across two days in September 2001, he became the third person in his immediate family to participate on Who Wants To Be A Millionaire?

Previously, both Ingram’s wife, Diana, and her brother Adrian Pollock had been contestants on the show, both taking home £32,000 each.

In the lead up to his appearance on the show, Ingram practiced for around 20 minutes per day on a homemade 'Fastest Finger First' machine. The homemade machine mimicked a segment which was part of the popular game show at the time.

By the time recording ended on the first day, Ingram had made it to just £4,000, and had used two of his three "lifelines".

When Ingram returned to the set on September 10, the production team doubted the army major would make it much further in the game.

But against all odds, Ingram won the top prize of £1 million.

The differences between Ingram's appearance on the first and second day of filming were stark. While Ingram struggled on September 9, he managed to answer every question right with no knowledge on September 10.

Almost immediately, the crew started to suspect that something wasn't quite right.

"We always said to the contestants, you've got to verbalise what you're thinking. Because, as [presenter Chris] Tarrant used to say, otherwise it's not much of a show. There's not much to see on Millionaire, it's just someone sat in a chair," Davies told Sky News.

With Ingram, however, there was no reasoning or process of elimination.

"It kept going on like this and we were just flabbergasted," Davies added.

"The first night, he was rubbish. But [the next day] he kept on getting them right."

Soon after Ingram won the top prize, the show's production company suspended the prize money amid suspicions that the army major had cheated.

It was alleged by producers on the show that lecturer Tecwen Whittock, who was among the other waiting contestants, would cough when Ingram read out a correct answer.

"I can assure you he was indicating answers," Davies claimed.

"I was crouched down, and I was watching. And Tecwen, there he was, coughing. One single cough. At an appropriate point he'd turn around towards the hot seat and do one cough and turn away again."

When news of the scandal finally broke, Ingram, his wife Diana, and Whittock were arrested.

Following their arrest, the trio stood trial at Southwark Crown Court. Throughout the four-week trial, the Ingrams and Whittock both maintained their innocence. Despite this, the trio were found guilty of conspiring to cheat.

Ingram received an 18-month suspended sentence, was fined £15,000 and ordered to pay £10,000 costs. He was also forced to resign as an army major and was not able to keep his winnings from the show.

In the years that followed the trial, the Ingram's faced constant public humiliation and mockery.

Despite the constant mockery, Ingram actually went on to appear on various TV shows, including The Games, The Weakest Link, and even Wife Swap alongside his wife, all while they continued to maintain their innocence.

Now, almost two decades on from the Ingram scandal, the infamous Who Wants To Be A Millionaire? incident is back in the spotlight once again.

British miniseries Quiz has retold the story of how Ingram was caught cheating on the game show.

The dramatisation of the scandal, which stars Matthew Macfadyen, Sian Clifford and Michael Sheen, has brought to light the ambiguities of the case.

Amid the release of the new series, the writer of the series, James Graham, said the fact the Ingrams' were "relatively privileged, white and middle class" made them "perfect tabloid fodder".

"But the story isn’t as clear cut as the majority of people think. Whether they did it or they didn’t do it, I think what happened in the studio that night isn’t black and white. There is new evidence and other older evidence that hasn’t really been presented to the public before and it points towards the Ingrams’ innocence."

Actress Helen McCory, who appeared in Quiz as the lawyer who defended Ingram, also shared that she felt uncertainty about the scandal.

Quiz is airing on Channel Nine on Thursday, November 25 at 8.30pm.

This post was originally published on April 16, 2020, and has since been updated.

Will this screen here?