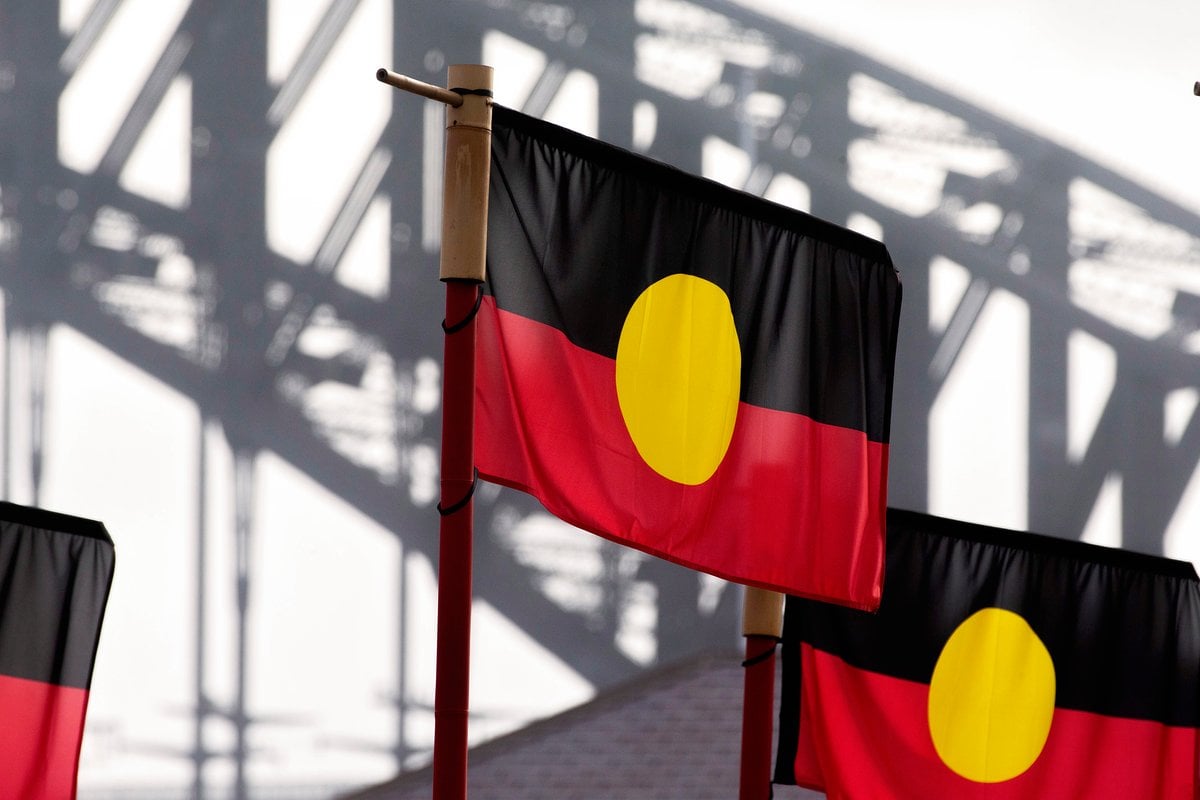 Every year, as January 26 approaches, Australians have the same debate: is this date, the anniversary of an invasion, the best date to celebrate our national identity?

For many, the answer is no. January 26 marks the day the Union Jack was raised at Port Jackson on the land of the Eora clans, signifying the beginning of centuries of dispossession that permanently destroyed elements of Indigenous culture. It only began to be a national public holiday in 1994 - making it a mere 27-year-old tradition.

Now about 28 per cent of Australians want the date to be moved, according to a new survey by Nine News and Sydney Morning Herald.

Watch: What January 26 means to different Australians. Post continues below.

If the date were to be moved, though, what date would be better?

Mamamia's daily news podcast 'The Quicky' asked three First Nations women on what day we should actually celebrate Australia instead.

Narelda Jacobs is a proud Whadjuk Noongar woman and 10 News First presenter who says there are several options.

"As an alternative date, people are saying the date of federation, the 1st of January, but then that's New Year's Day," she considers. "I floated a bit of an idea last year to have it on the third Monday of the year, which is before January 26, so that we can reflect on what it was like here before the First Fleet came.

"Other people say that it's a date that's yet to happen. It's the date of constitutional change."

Jacobs says she is a firm believer in the latter option, saying she would be for 'Australia Day' moving to "the date that the referendum goes to the people and we change the constitution to at least recognise that Aboriginal and Torres Strait Islander people were here before".

As ABC Indigenous Affairs Correspondent and a proud Torres Strait Islander herself, Isabella Higgins says she still isn't sure what the solution is, but that this is a time to have a "sensible, intelligent discussion about who we are as a modern country and what we can do to pay tribute to our First Australians".

"This week I met young indigenous people who said to me, 'You know what, I think it's really important that we remember what happened on January 26. Maybe we should keep it this way and maybe it should be a reflective moment for the country'," she shares.

Higgins explains it is "the celebratory nature" of January 26 that is the most upsetting for many First Australians.

"One elder who I was chatting to this week said to me, 'it's so hard every year to watch people dancing on our graves'. And I think that is how so many people feel when they see jubilance, people at the pub drinking beers on January 26. It is still a very raw hurt because we are still living in a time where people only within generations were taken from their family."

Higgins adds: "I don't know if changing the date fixes all of the problems... If we change the date, we're still celebrating the country that came at a huge cost to Aboriginal peoples."

However, if she were to suggest a date, she believes Mabo Day, June 3, is a good option.

"That is a really significant day for indigenous people," Higgins explains. "It is the day where this country acknowledged that there was indigenous settlement first. To me, that's a really important step in reconciliation - the legal recognition of indigenous rights."

"My personal view is that it is an incredibly complex and difficult day for first Australians and I think there are more people coming to understand what I call truth-telling in our community," Linda Burney, a proud member of the Wiradjuri nation and Federal Labor MP, tells Mamamia. "Changing the date would be incredibly significant to people who do find it difficult, particularly First Nations people."

Burney mentions the suggestion for 'Australia Day' to be moved to Wattle Day, which is September 1 and marks the beginning of Spring - seen as a symbol of new life and growth.

"My personal view is if the date is going to change, then you choose a neutral day so that most people could get behind it," she explains.