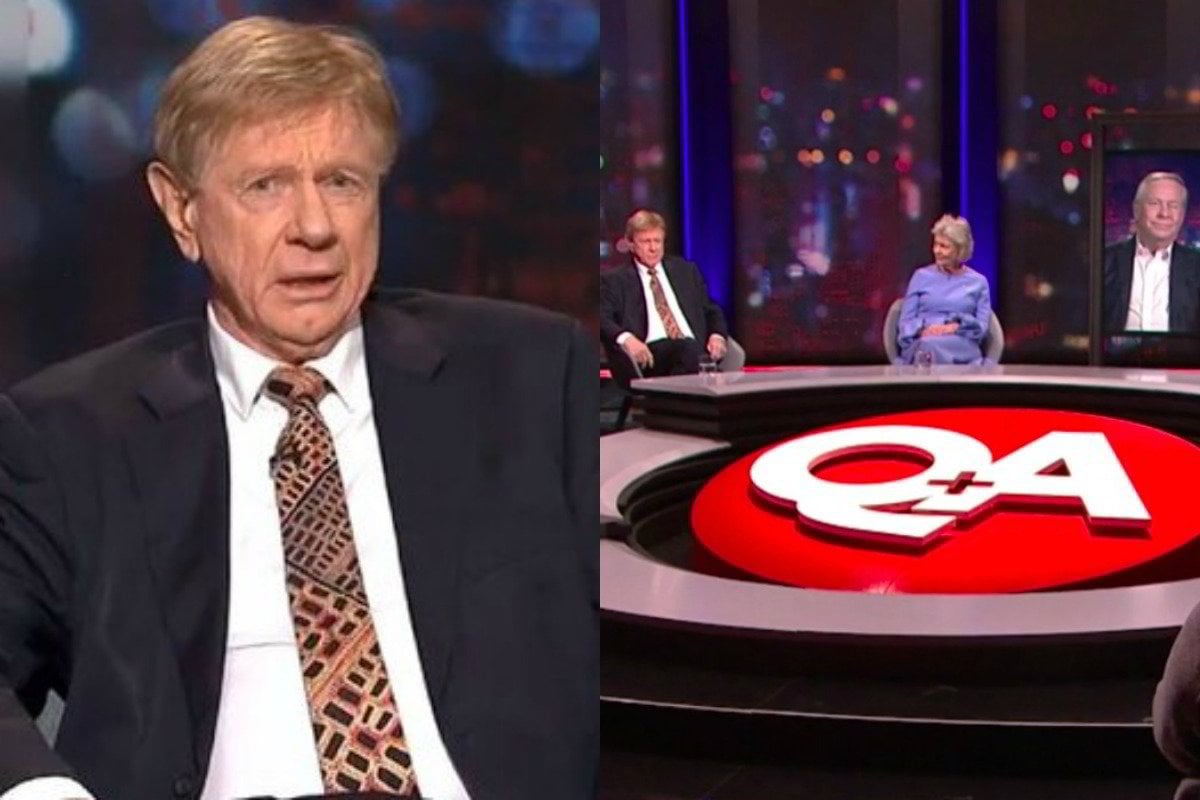 We've all heard it before... Gen Y and Z are all just "selfish" and "entitled," and always on the lookout for their next hug.

We're the product of a generation of helicopter parenting brought up in the privilege of a technologically advanced world.

But with 2020 completely turning everything we've ever known on its head, the once loud cries of Millennials being "soft" when compared to their parents and grandparents, has been dwarfed as the pandemic highlights the many challenges that lie ahead. ﻿

Last night on ABC's Q&A, an 'all-Boomer' panel shared their fears for the generations beneath them.

In Australia, there has been an ongoing social discussion on the wealth of some of the older generation versus that of struggling younger generations, with Millennials at a loss as to how they'll ever, for example, own their own home.

'Don't eat as much avocado toast at fancy brunch cafes on your weekend' has long been the retort, often followed by the accusation that the youth of today just doesn't know how to really buckle down and save.

But as former Western Australia Premier Colin Barnett, 70, shared, "For younger people, it is going to be more difficult to own a home and maybe to some extent the aspiration is above what is reality.

"In the 50s and 60s most young couples went out and bought a flat and an old home, and did it up. Those opportunities aren't really there for many."

"I don't think the Baby Boomers have had to sacrifice much at all," he added. "Also my generation had job security, young people today are going to have multiple changes of career, occupation and the like and that's going to be challenging."

Are young people being afforded the same opportunities as previous generations? #QandA pic.twitter.com/C5fvZhx4Tq

As we live through a pandemic where young people are most likely to have lost work or seen their income drop because of COVID-19, Mr Barnett thinks Boomers are likely stepping back and "smelling the roses" after a "lifetime of good opportunities and healthcare".

Journalist and author Kerry O’Brien, 75, said it was "too simplistic" to label a generation as more selfish than the other, but said on Q&A, "I think in many ways we’ve been a lucky generation."

"I was actually born six days after the war so technically I’m probably just pre-Boomer but I’ll happily be a part of that generation because I think some great things have happened in that period and we did live through the worst of the Cold War and the great threat of nuclear war but we did get to bask in the sunlight post-war," he said.

"I’m a parent and like every Boomer parent I would want at least as much, if not more, opportunity for my children and my grandchildren than I had and certainly my parents had and I don’t believe that’s going to be the case," he added.

Of course, for those born between 1946 and 1964, there were other challenges to face, particularly for women, and issues regarding equality and diversity. In many ways, growing up in today's Australia is a much more "equal" experience than what Boomers experienced. 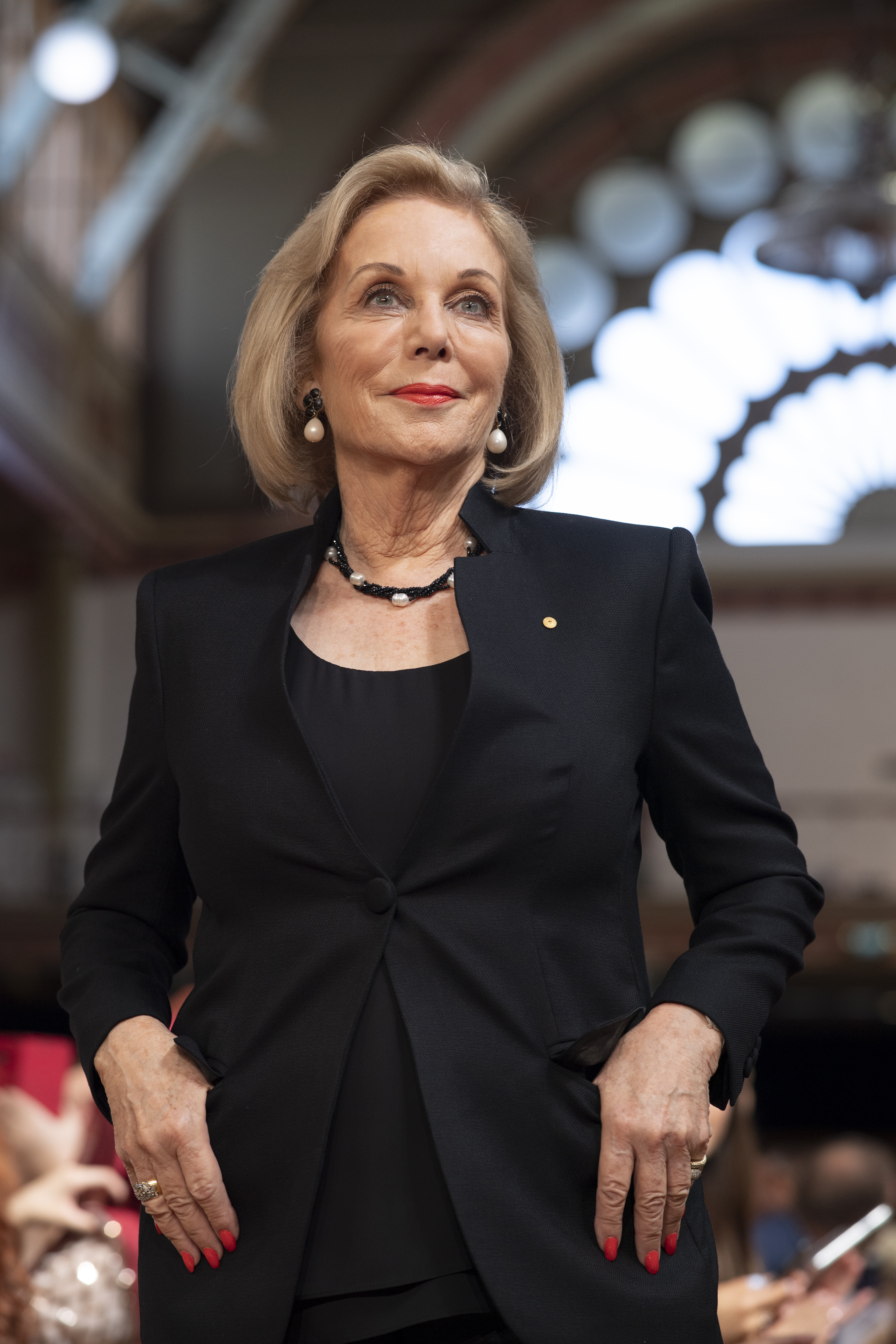 Read more﻿: Ita Buttrose is right about sensitive 'millennial' workers. But there's more to the story.

But as Mr O'Brien said: "Today you have a situation where poverty is increasing year by year in Australia - one of the most prosperous societies on the face of Earth - where 3.2 million Australians are living in poverty."

He pointed to the latest Productivity Commission report that shows under-35s wages have been going backwards for the last 10 years.

"These are just a few of the instances of the growing inequality which I don't believe is sustainable if we want to have a cohesive society and a civil society and we're going to, we're already starting to see the polarisation and the breakdowns that are manifestly evident in the United States," he added.

According to the seasoned journalist that's exactly the path we're headed down because we live in a "polarising society" where our "politics are polarised," with a two-party system that is letting us down when it comes to good quality leadership.

Businesswoman and University of Wollongong Chancellor Jillian Broadbent, 72, acknowledged the “wealth transfer” that will occur in the future and made the point there has been advancement in the world that younger generations are simply not recognising.

"Some of it is the openness to accepting being neutral about gender in male and female opportunities with jobs... but also I see a lot of opportunities for young people to start their own businesses that would never have occurred when I was having a job," she told the A﻿BC.﻿

Aboriginal pastor Ray Minniecon, 70, explained that in his culture, there isn't really this so-called 'rivalry' between the generations, because there is such a deep respect for elders within Indigenous communities.

It's also because there's nothing for younger generations to be 'jealous' of. There's no "money locked away and superannuation to live off... that's not our reality," he explained. 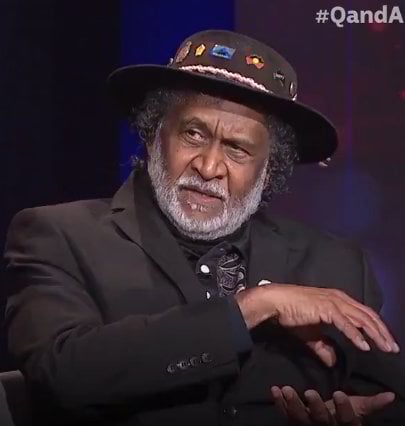 For Indigenous communities, this 'rivalry' doesn't even exist, which shows just how far entrenched racial inequality has to go. Image: ABC.

In an Australia that is living through a global health pandemic and recession, the panel of Boomers was asked at the end of the night if there was anything to look forward to right now.

Did they have hope for the future?

Australian social entrepreneur, Ronni Khan, 67, thinks this pandemic might actually do great things for the generations to come.

Reply
Upvote
1 upvotes
"We've all heard it before... Gen Y and Z are all just "selfish" and "entitled," and always on the lookout for their next hug.

We're the product of a generation of helicopter parenting brought up in the privilege of a technologically advanced world."

I mean, this is such a stupid argument, because its always the Boomers and Xers who make it yet...... If this is true , then who parented these selfish, entitled, privileged kids? Who gave out the participation trophies to all the Millennials? Oh yeah, the Boomer and Xer parents!!!!!
C
cat 2 years ago

Reply
Upvote
@laura__palmer but apparently when we turned 18 they washed their hands of us and now everything is our fault! I agree, it’s pretty self defeating. My favourite is when they criticise us for not settling down in relationships while Ignoring the fact that 50% of our parents divorced when we were kids.
The panellists were all pretty reasonable though.
C
cat 2 years ago