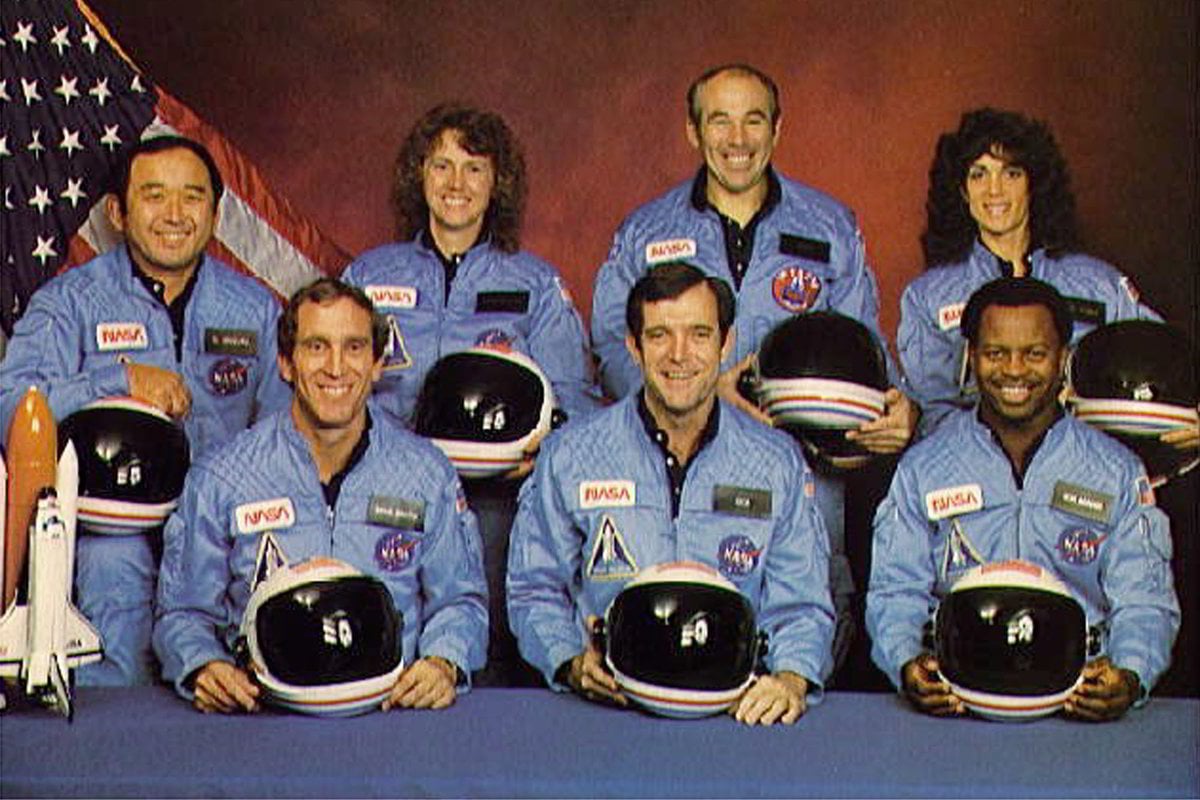 "I remember the quiet that took over the room. The TV being switched off. One of those ones on wheels. I remember teachers crying." — Emily Chaney.

Millions of Americans, including thousands of school children, had gathered to watch the launch of the Space Shuttle Challenger on live television.

At the chilly Kennedy Space Center in Florida, crowds of friends and family waited for liftoff.

Watch the trailer for Challenger: The Final Flight below. Post continues after video.

It was supposed to be a momentous occasion. Not just for NASA, but for the entire future of space travel.

But within seconds, the seminal moment descended into chaos.

One minute and 13 seconds after liftoff, the Space Shuttle Challenger exploded over Florida.

On the ground, the crowd waiting for the launch watched on in complete disbelief.

"Flight controllers here are looking very carefully at the situation. Obviously a major malfunction," the NASA launch commentator said, as pieces of the shuttle fell over the Atlantic Ocean. 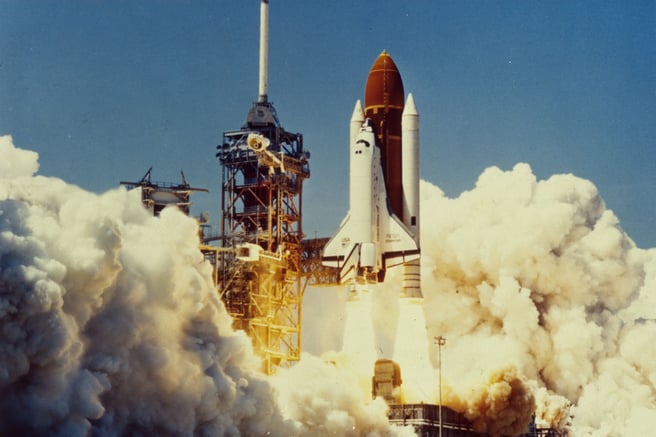 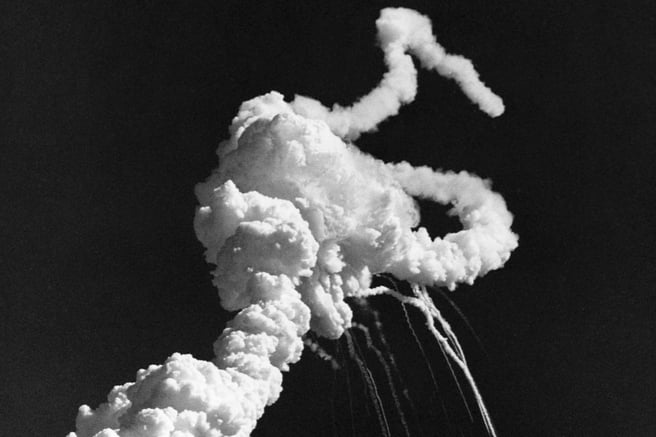 A thick cloud fills the sky above the Kennedy Space Center in Florida after the explosion. Image: Getty.

All seven astronauts on board were killed.

On the evening after the launch, President Ronald Reagan had been scheduled to give the 1986 State of the Union Address.

Instead, the US President addressed the nation from the Oval Office in the White House. 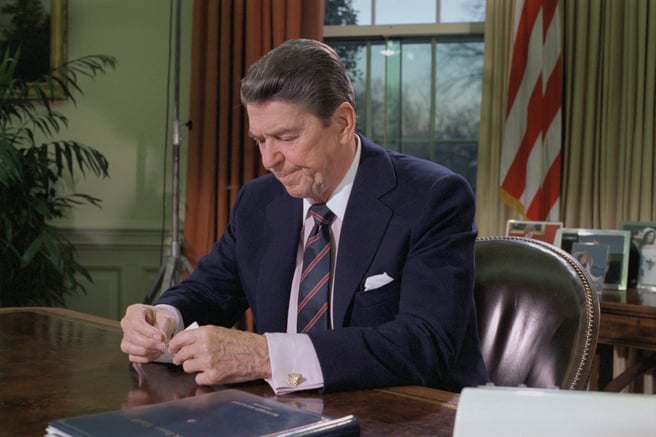 "Today is a day for mourning and remembering," he said in his speech.

"Nancy and I are pained to the core over the tragedy of the shuttle Challenger. We know we share this pain with all of the people of our country.

"We will never forget them. Nor the last time we saw them this morning, as they prepared for the journey, and waved goodbye, and slipped the surly bonds of Earth to touch the face of God."

Prior to the accident, the Challenger had flown successfully nine times.

In the nine years it was in use before the accident, the Challenger flew the first white American woman and the first African-American man into space. It also performed the first night launch and landing of a space shuttle.

The night before the launch for the Challenger's tenth flight, Bob Ebeling and a number of other engineers attempted to halt the launch.

The engineers were concerned about whether the seals on the rocket boosters could sustain the low temperature that was forecast. 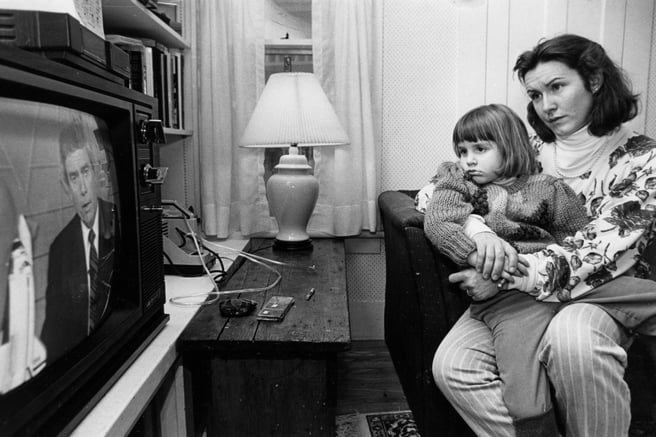 A mother and her daughter watch television coverage hours after the explosion of the space shuttle. Image: Getty.

They argued that there was not enough data to determine whether the seals would maintain their integrity in the cold weather and pointed out that failure of the seals could destroy the Challenger.

The engineers recommended a postponement of the launch. But NASA deemed the risk acceptable.

That night, Ebeling told his wife: "It's going to blow up."

"I was one of the few that was really close to the situation," Ebeling later told NPR in 2016.

"Had they listened to me and waited for a weather change, it might have been a completely different outcome."

Months after the incident occurred, the cause of the accident was revealed. Eberling was right. The rubber of the seals had become stiff due to the cold weather, meaning they failed to seal the joint in the right booster rocket.

The human faces of the Challenger disaster.

The Space Shuttle Challenger disaster was one of the first major tragedies in history to play out on live television.

Although the incident took place long before the birth of the 24-hour news cycle, the media covered the incident extensively. 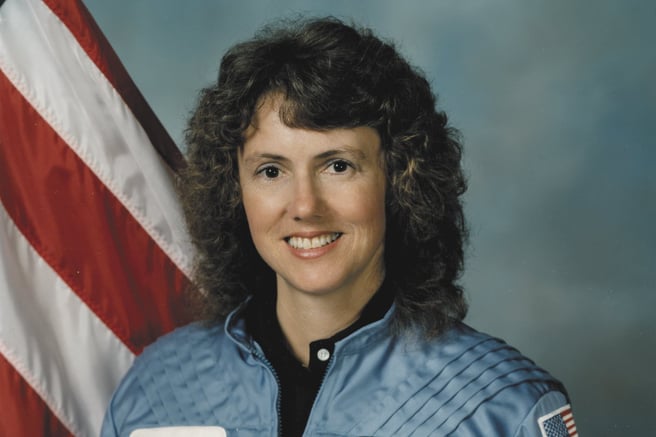 In fact, according to one study, 85 per cent of all Americans surveyed had heard about the explosion within an hour of it occurring.

Likewise, thousands of school children around the United States had gathered to watch the launch.

Although it was the Challenger's tenth launch, there was increased interest in this launch due to the unique crew involved.

Christa McAuliffe, one of the seven astronauts involved, was set to be the first ordinary civilian and the first teacher in space.

The teacher from New Hampshire’s Concord High School had been selected from 11,000 applicants as a part of NASA’s inaugural 'Teacher in Space' program.

The program, which had been announced initially by President Reagan, was designed to both honour teachers and spur interest in mathematics and science among students.

At the time of the launch, the mother of two was 37 years old. 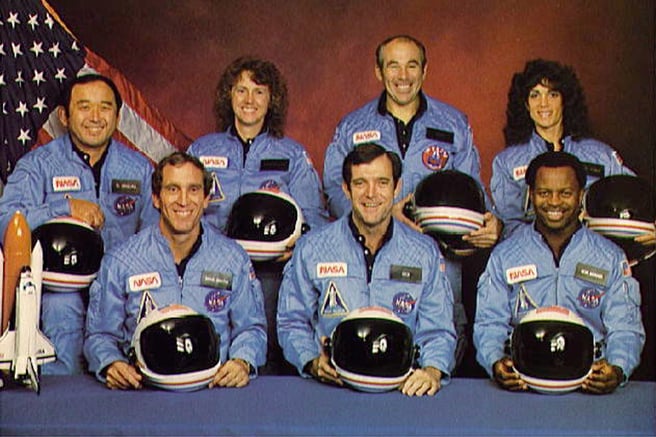 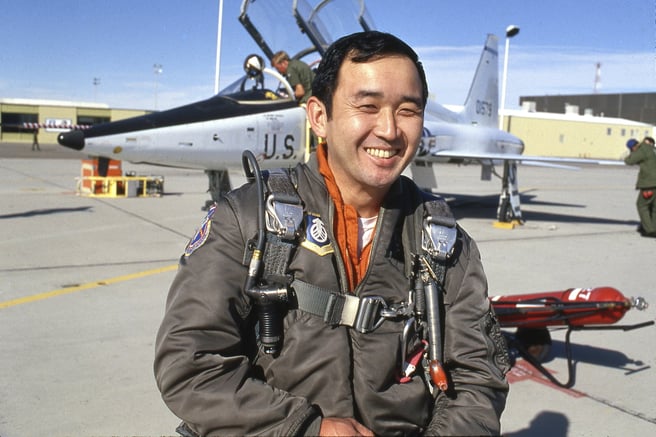 Judith Resnik, 36, was also aboard the Challenger. She had previously become the first Jewish woman to fly into space in 1984.

Now, 34 years after that fateful day, a new Netflix documentary is aiming to look into the 'human side' of the disaster.

The four-part docuseries, which was executive produced by J.J. Abrams and Glen Zipper, will feature interviews with the crew members' families, officials and engineers.

"There’s been many, many stories, but they give it the serious respect that it deserves by telling the whole story," June Scobee Rodgers, the widow of Challenger commander Dick Scobee told The Washington Post.

Challenger: The Final Flight will premiere on Netflix on September 16.

Reply
Upvote
1 upvotes
I will never forget the look on the faces of Christa Macauliffe's parents, when they realized  the shuttle had exploded.
R
rush 2 years ago

Reply
Upvote
2 upvotes
I was nine when this happened, and I remember hearing it talked about at school, and probably saw it on the news, but the real impact didn't hit me until I was an adult. The thought of all those kids sitting there watching it happen live on tv is just horrifying.
S
snorks 2 years ago

Reply
Upvote
1 upvotes
@rush I was  7, so had much the same reaction as you.
I guess perhaps 9/11 is somewhat comparable. And I didn't even see that until the following morning (our time).
C
cat 2 years ago

Reply
Upvote
@rush such a crazy decision to link it up for every school to watch live. Launches are cancelled all the time, for the same sorts of reasons this one should have been!
R
rush 2 years ago

Reply
Upvote
2 upvotes
@snorks yeah, they're fairly similar, I'd say. I think in both cases, I still find it hard to really take in the fact that these aren't scenes from a movie, that real people died in front of us.
G
guest2 2 years ago

Reply
Upvote
4 upvotes
@cat This launch was of psrticular interest to schoolkids because of Crista Macauliffe who was going to broadcast  from the space shuttle a series of classes to her students.   Not sure why it was a crazy decision to link it up to schoolchildren though, despite the tragedy
Resources
Very Peri
News
General
Opinion
True Crime
Politics
Sport
Explainer
Entertainment
Celebrity
Reality TV
Movies
TV
Books
Rogue
Royal
Lifestyle
Beauty
Fashion
Weddings
Home
Wellness
Health
Fitness
Travel
Food
Family
Before The Bump
Pregnancy
Baby
Kids
Teens
School
Parent Opinion
Work & Money
Money
Finance
Career
Lady Startup