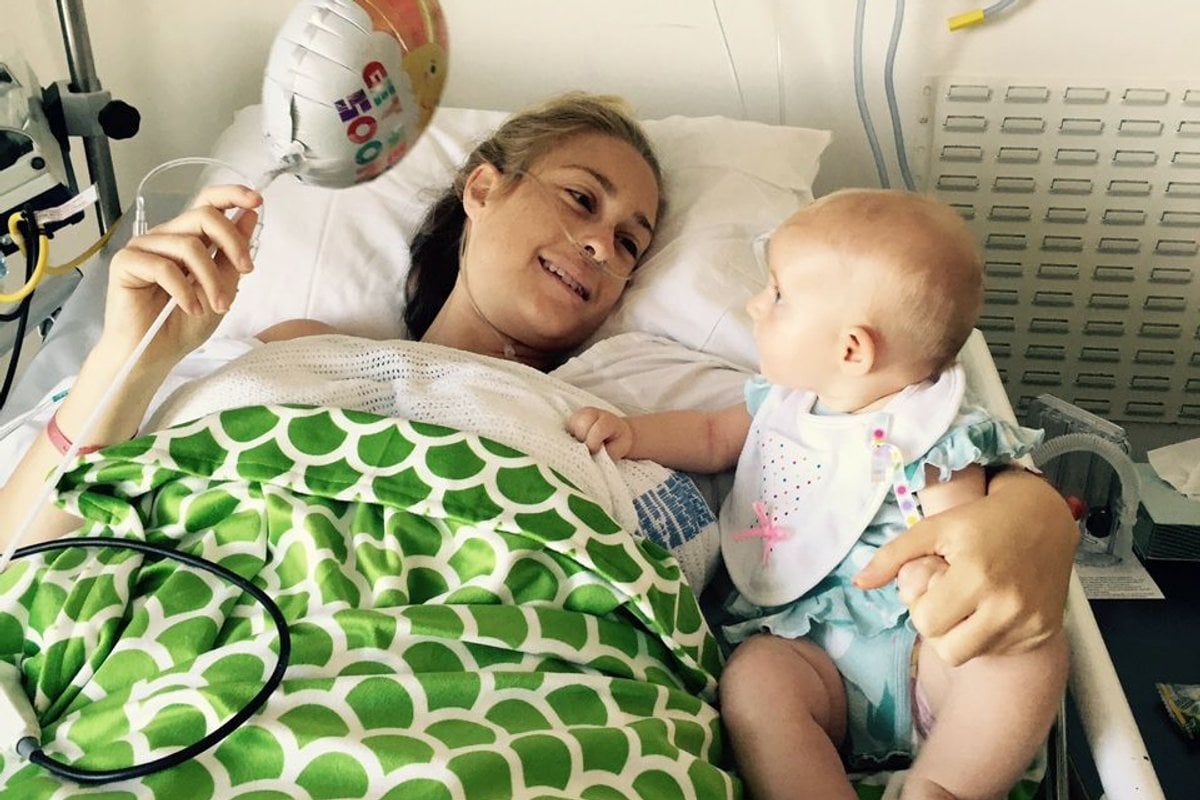 In September 2014, aged 28, Jenna Clark became a mother for the first time. Just weeks later, she was faced with a cancer diagnosis.

When I was pregnant and attending regular appointments at Sydney’s RPA hospital, I would often walk past neighbouring Chris O’Brien Lifehouse.

While I recall thinking how hard it must be for those otherwise ‘every day’ people, I also remember thinking it looked like such a warm and welcoming place.

How could a cancer hospital look like that? I could never have predicted that seven weeks after giving birth I would be on the other side of that glass attending Chris O’Brien Lifehouse myself.

Everything went so smoothly with the arrival of our daughter, Summer.

We were smitten – exhausted, but smitten – and blissfully happy. When I showed up for our six-week post birth check-up, my GP suggested we do a cervical screening. Although it wasn’t exactly what I felt like doing after just giving birth, I agreed. That choice quite possibly saved my life.

When I received the phone call requesting I go back to the doctor to discuss the results, my heart sank... I will never forget the feeling of my back sliding against the nursery door as I slowly fell to the floor.

The doctor sat me down, gave me a pile of pamphlets and the test results, and explained that I had an appointment for the following Monday morning at Chris O’Brien Lifehouse. It was Friday. And so began the longest weekend of my life. 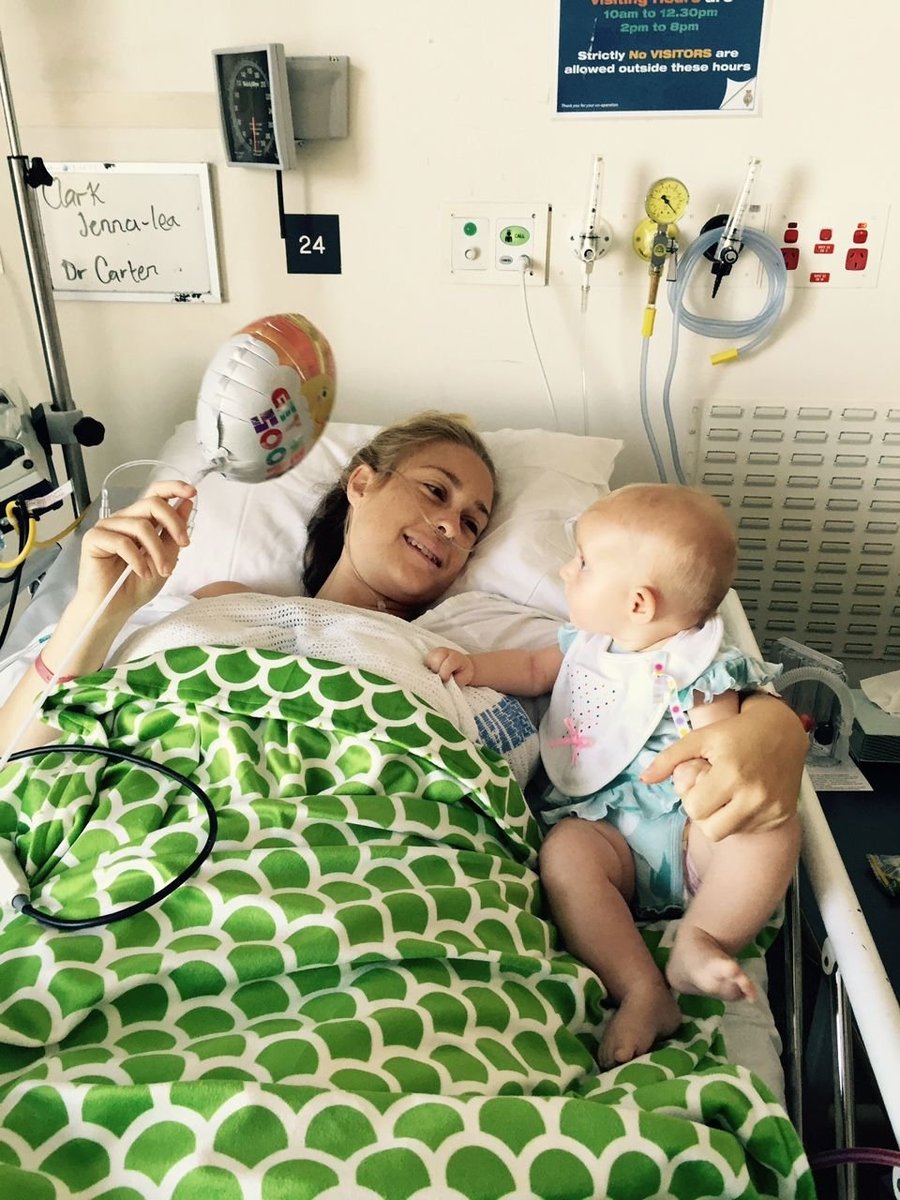 After a few more weeks of testing and two surgeries, I was diagnosed with cervical adenocarcinoma.

The tumour was an aggressive and rare type of cancer, which is not commonly seen in people my age. My pregnancy had hidden all the warning signs.

From that moment, we were faced with challenges and decisions that shook us to the core and made us examine our values and beliefs.

One of the questions we had to face, and one we found almost impossible: Do we risk my health in order to preserve fertility?

We felt incredibly supported by the team at Chris O’Brien Lifehouse and are forever grateful.

Not only did they treat my cancer, they also treated me as a person. They considered where I was in life, they considered our hopes and dreams, and they worked tirelessly to preserve as much of that as possible.

This meant taking a different approach to my treatment, which gave us the opportunity to try for another baby.

Instead of a full radical hysterectomy, we opted for a radical trachelectomy and lymph node dissection. The surgery successfully removed the cancer and two years later we welcomed our miracle son, Van.

He was the first baby born as a result of this procedure from Chris O’Brien Lifehouse. A moment celebrated by all involved.

Most people – including the ‘old’ me – think you ‘recover’; that memories fade and life moves on.

This is true, but it’s not that simple. The scars are still there, they always will be.

Six years later, I feel that I’ve had time to process my experience, and there is one key moment that I consider a turning point for me. It was when I met with the oncologist after Van’s birth.

I expected this meeting to be the end –no more invasive tests, no more side effects, no more worries. I was so tired. It had been four years of appointments, scans, tests, surgeries, fears. Surely this was it.

“So, is it all done now?” I looked at the doctor with tears and expectation in my eyes, begging him for the green light.

He looked at me and said, “Did you think your life was ever to be the same again?” The ultimate wake up call.

Up until this conversation I was so deep in survival mode that I hadn’t really considered what was next. I had just assumed I could put it all in a box, bury it and life would go back to ‘normal’. But there was no normal anymore. I couldn’t go back to the person I was before this all began. I needed to create a new me. And I could choose who I would be on the other side.

This was the moment I needed to lay the path for acceptance.

This is the day my life took a turn in the most beautiful way. I’ve learnt that it’s a work in progress. I have been able to accept and appreciate my experience, and I have come to understand the healing process doesn’t follow a time frame.

This has helped me develop my empathy and see that we are all healing on some level.

Throughout our experience, we were continuously amazed by the level of support and generosity, not only from our family and friends, but also from the community and the Chris O’Brien Lifehouse team.

This ignited a passion in my husband and me and in 2018 we launched a fundraiser, SurFebruary, in an effort to give back. 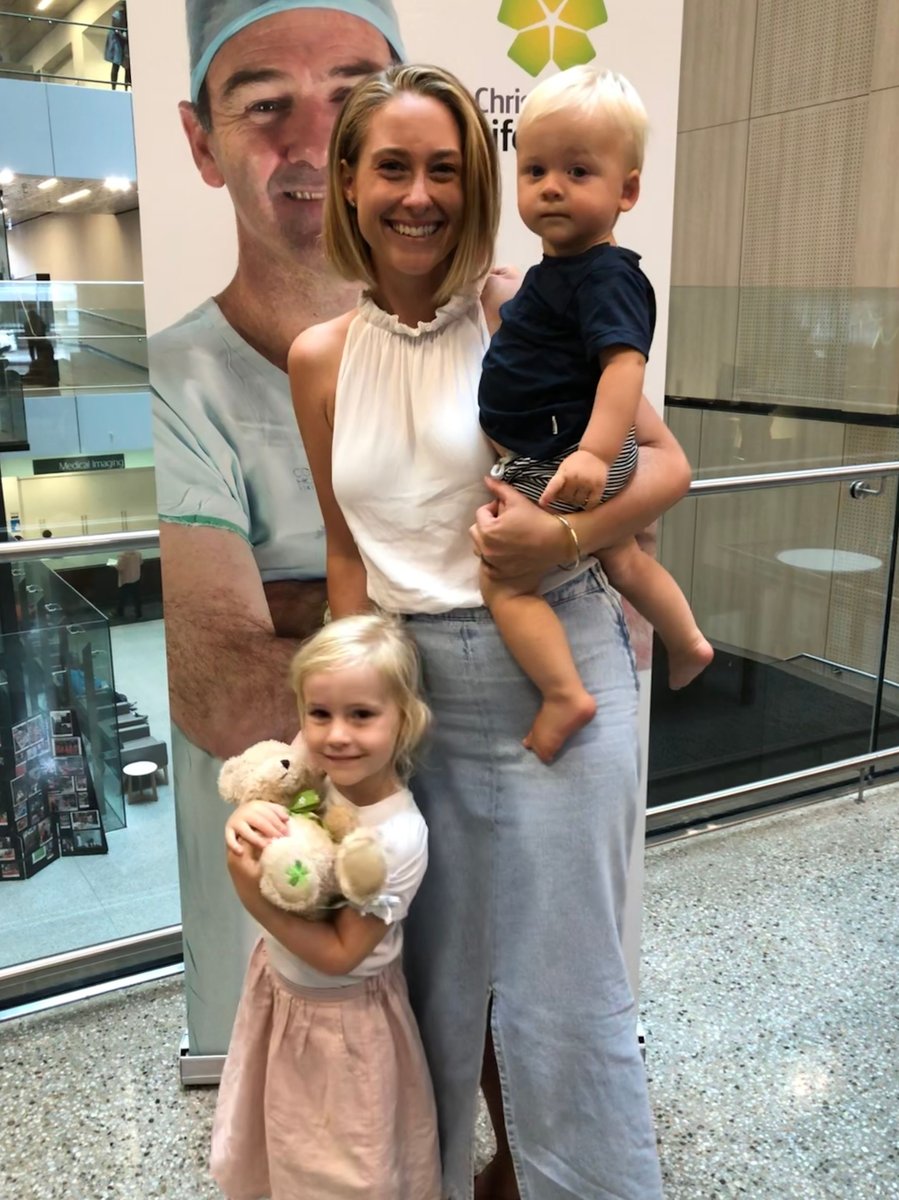 Getting in the ocean was a ritual that helped us through some of our toughest times. Nothing makes me feel more grounded or present than the water.

SurFebruary invites participants to get in the water every day for a month, while raising funds and awareness for cancer research at Chris O’Brien Lifehouse.

Feel good while doing good! We have loved seeing the positive effect the event has on participants. After the turbulence of 2020, we’re hoping many will join us this SurFebruary and that it will reset many more lives, heal losses and re-energise souls, just as it did for us.