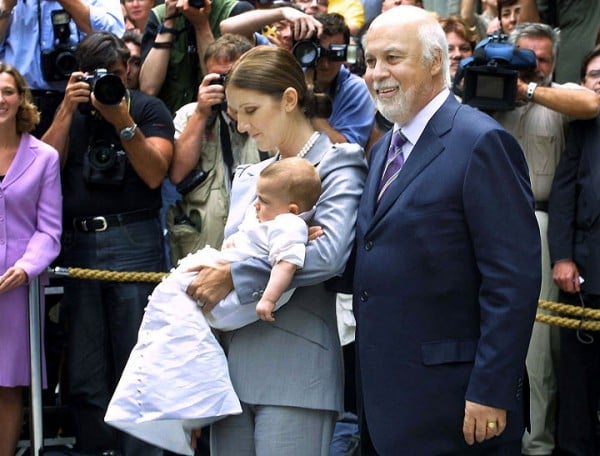 We rarely see Celine Dion‘s eldest son, Rene Charles Angelil, out and about.  In fact, the last time you would probably remember seeing him is the day he was christened in 2001.

So you may be shocked to discover he is now 14-years-old. And instead of a white gown, he’s been sporting an Ice Hockey jersey.

Canadian hockey player P.K. Subban who plays for the Montreal Canadiens (#gohabsgo), shared a photo to Instagram of Rene alongside his famous mum. The photo is pretty adorable.

He captioned the image with, "Only four days until site launch! Special thanks to Celine Dion, a big Habs fan."

Celine, 47, is also mum to twin boys Eddy and Nelson, who are approaching their 5th birthday.

Celine has spent much of the year looking after her ill husband, Rene Angelil. She has sadly revealed in recent months that his cancer battle has worsened.

The pair have been married for 20 years.

“I’m trying really hard to show my children that sickness and things happen in life. You cannot be crying and be depressed and consistently talk about, ‘Oh my God,’" Celine  told Us Weekly.

"Rene Charles is going to be 15 years old soon. He’s a wonderful young man. He’s entered his teenage years and sometimes we can go really crazy, for some teenagers, but so far so good," she continued.

"I have tremendous respect for my oldest, Rene Charles, because he’s showing strength to see his dad this way because he’s been his anchor. When he was younger he knew his dad was older but they bonded a lot. I’m sure it's hard for him," Celine concluded.

TAP and scroll through the gallery to see photos of Celine's beautiful home...