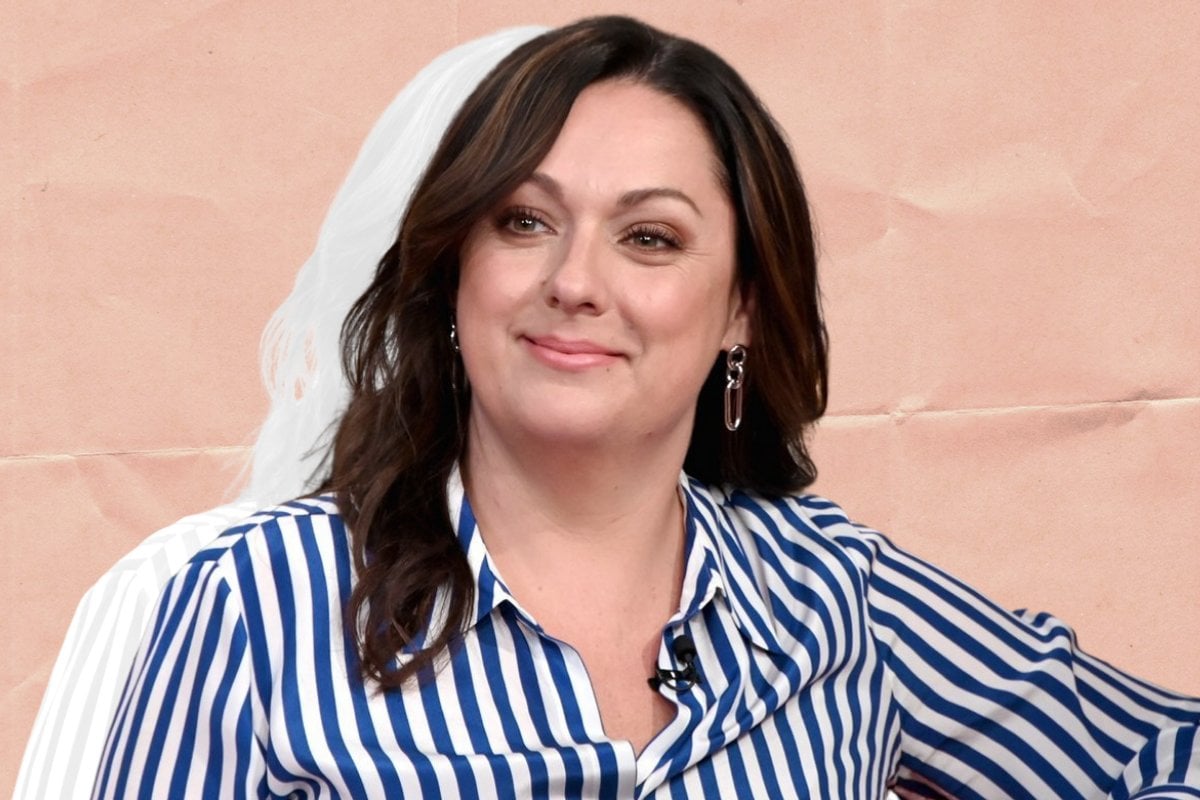 During a candid conversation with British actress Jameela Jamil on her podcast I Weigh, Barber opened up about the myths that surround the neurodevelopmental condition, which affects around one in every 20 Australians.

Listen: Celeste Barber on the No Filter podcast with Mia Freedman. Post continues below.

The 38-year-old, who began parodying celebrities' social media posts in 2015 and has since gained 7.6 million followers, says she remembers accidentally overhearing her mother speaking to the doctor after her diagnosis.

"We know she is loud, we know she is full on, but we like that about her," she recalls her mother saying to the doctor, when they were discussing ADD medication. "We like her drama. She's f**king funny. She's all these things and we don't want that to go away."

The doctor replied: "It won't, she'll just be able to sit down, have a minute and sit through a class at school."

The actress and writer added she is grateful for her late diagnosis, because it made her focus on what she was good at from a young age.

"In hindsight, it just made me realise my currency and made me work harder and be like, 'well, I'm really loud and I can't sit down, can't sit still in class, can't read a book and can't do anything. But what am I good at? Oh, I'm funny and I can act and I'm dramatic'."

Clearly, it is that talent in entertaining that has brought her sky-high, international success.

Barber went on to share how ADHD affects her work life now, admitting she can be forgetful.

"My Australian manager called me a few weeks back and she was like, 'can we have a little chat?'" Barber shared, adding she was not on any medication at the time.

"She said, 'look, I've just spoken to the team in the [United] States... we're noticing that you're not really retaining anything that we're talking about.'"

Providing an example, Barber explained a job opportunity may come up that she'll agree to, and then a few weeks later, she'll say: "I've said 'no' to this."

"I wasn't taking it in because I had so much going on," she explains.

"With ADD you're quite scattered, which isn't always a bad thing. I can multitask like a f**king boss -  I can have a lot of s**t going on at once. With the medication, it helps me still do all that, but when I throw all the balls in the air, I can now catch most of them as opposed to just going 'they're all in the air, let's see what happens' and then running away.

"It's kind of great because I follow through with things more. I'll unpack the entire dishwasher instead of just the top drawer," she laughs.

ADHD is the most common mental disorder among Australian children and adolescents. To read more about the biggest myths about people with ADHD, you can read our article here.

You can listen to Jameela Jamil's full conversation with Celeste Barber here.