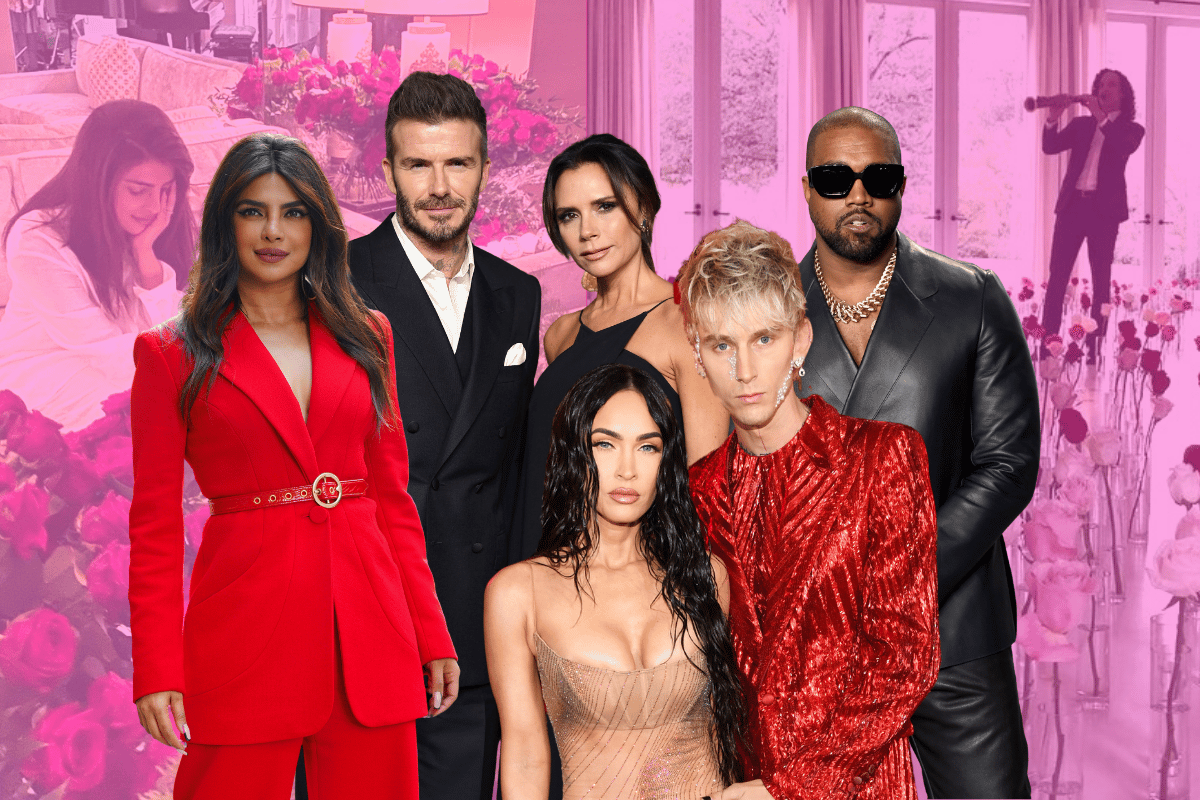 It's that time of year again: Valentine's Day. A time when some people buy one another cheesy red roses, a giant f**k-off teddy bear, chocolate and sex toys (now that's a decent present).

But some people love to go the extra mile for their significant other.

We're not talking about a fancy picnic or a rose dipped in gold - yes those exist. No, we're talking about some absolute extravagance and ridiculousness courtesy of our favourite celebrities.

So if you're single this V-Day and need some cheering up, this will do it. Because trust us, the enjoyment these examples bring for us to cringe over is real.

Nothing says a warm and cheery Valentine's Day quite like wearing your girlfriend's blood around your neck.

And this is exactly what 2021's favourite couple Megan Fox and Machine Gun Kelly did.

Given they recently got engaged and Kelly suggested Fox's engagement ring involved some ouchy thorns, a blood necklace seems about right.

Not to mention that the couple sealed their union by drinking each other's blood. Apparently.

Listen to Mamamia Out Loud: The most toxic celebrity relationship on the Internet. Post continues after audio.

In an interview with Vogue, he explained: "The bands are actually thorns. So if she tries to take it off, it hurts. Love is pain."

So as a V-Day token of his love, Kelly shared on Instagram that he wears a drop of Fox's blood encased in glass as a necklace for his "bloody Valentine".

Cardi B and Offset

These two rappers love a bit of lavishness, often showcasing their excess on Insta. And can you blame them?

If I was that rich, would I buy my three-year-old a Hermès Birkin handbag worth around US$48,000? Probably not. But would I buy one for myself? Absolutely.

This year, Cardi B and Offset decided to tattoo one another with permanent symbols of their love for each other. For context, the couple has been on and off since 2017.

"I'm going to do something crazy for Valentine's Day for my husband. I'm going to give him a tattoo: I wanna do something really special," she shared in a new episode of her Facebook Watch show, Cardi Tries.

As Cardi B tattooed her partner, he replied: "I trust you, but baby, you don't know how to draw."

Nothing instills confidence quite like your on/off partner - who is about to leave a permanent thing on your body - saying they aren't very good at tattooing or drawing.

But hilariously: it was a puzzle... of themselves. We love!

Michael B. Jordan and Lori Harvey

Are you trying to think of a special date idea for you and your partner? Do they love the ocean and all its wildlife? Do you have a cool couple thousand spare? If yes to all, then you should definitely rent out an entire aquarium.

Michael B. Jordan is most well known for being an actor and incredibly attractive. His girlfriend, Lori Harvey is a model and the step-daughter of Steve Harvey (trust us you know who Steve Harvey is).

Lori Harvey Says She and Michael B. Jordan Are '4 Lifers' in Cute Birthday Tribute https://t.co/9AFaP10yK5

So for Valentine's Day, Jordan and Harvey celebrated their love at an aquarium decked out with flowers and candles.

She wrote on her Instagram stories: "My baby rented out the aquarium so we could do a private tour and see the turtles and then we walked into this."

And nothing says romance quite like a shark looming above you with only a pane of glass in between as you eat your three-course meal below. 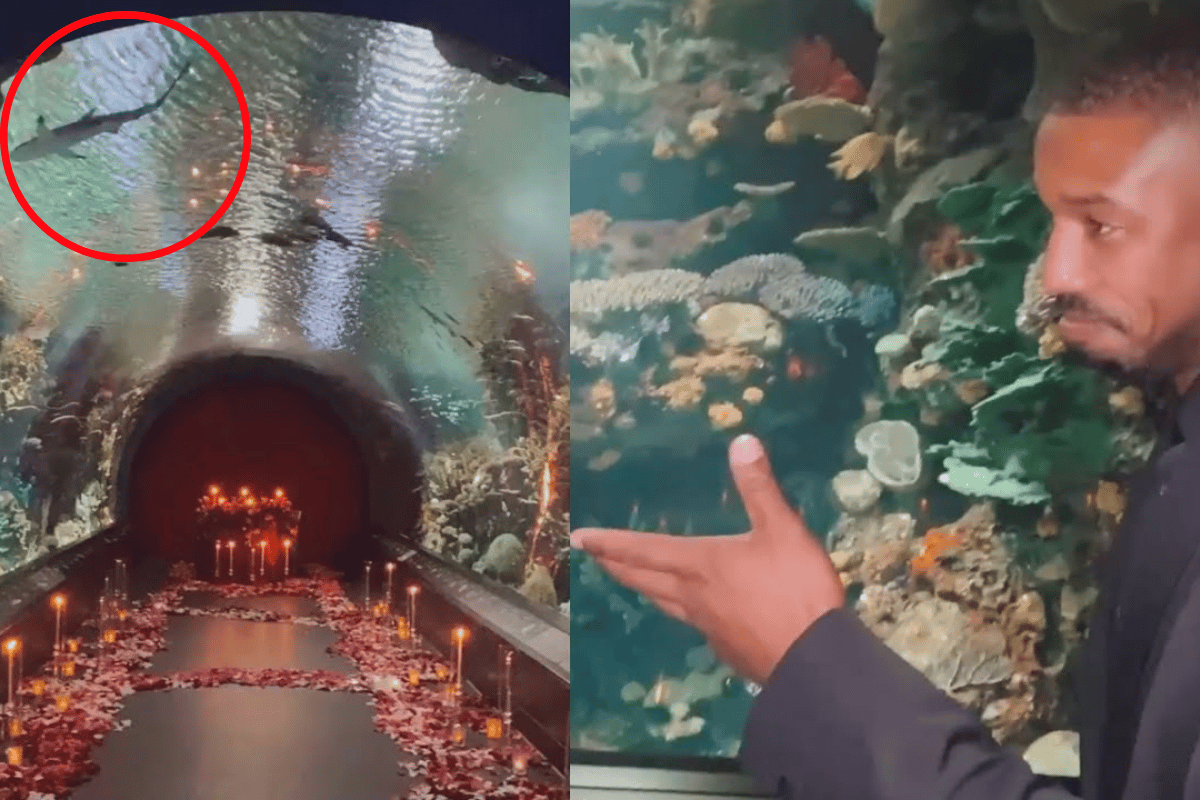 This is a far more tasteful V-Day gift but my goodness, it is still ridiculously priced.

David and Victoria Beckham need no introduction, but what does need to be showcased is the gift David decided to buy his wife.

For Feb 14 in 2006, he bought a diamond and ruby Bulgari necklace, which is reportedly worth over $8 million. Victoria then wore the necklace to the Met Gala in May that year.

Most Expensive Celebrity-Owned Valentine's Day Jewelry - Victoria Beckham. This Bulgari necklace is dripping with rubies and diamonds. The necklace is rumored to be worth $8 million. #ValentinesDayGift #Diamonds #Jewelry #Celebrity #Jewels #Necklace pic.twitter.com/7T2eYUI7Ha

I mean, if you want to buy your wife a multi-million dollar necklace for cheesy, trashy and commercialised Valentine's Day - what the hell do you get her for her birthday?

Along with the exxy jewellery, David then flew in chefs from her favourite London restaurant to Spain to prepare their Valentine’s dinner. Which given the news that Victoria eats the same thing every day, feels like a bit of a waste.

Now of course Kim K and Ye West as we now know him are no longer together, their celebrations of Valentine's Day over the years are pretty legendary.

In a very Kardashian affair, the couple had iconic saxophonist Kenny G come to their home and play music, amid a sea of single-stem roses in glass vases.

And yes, it does look quite romantic.

But when you look at the images, poor Kenny G was completely trapped. No toilet breaks for him. 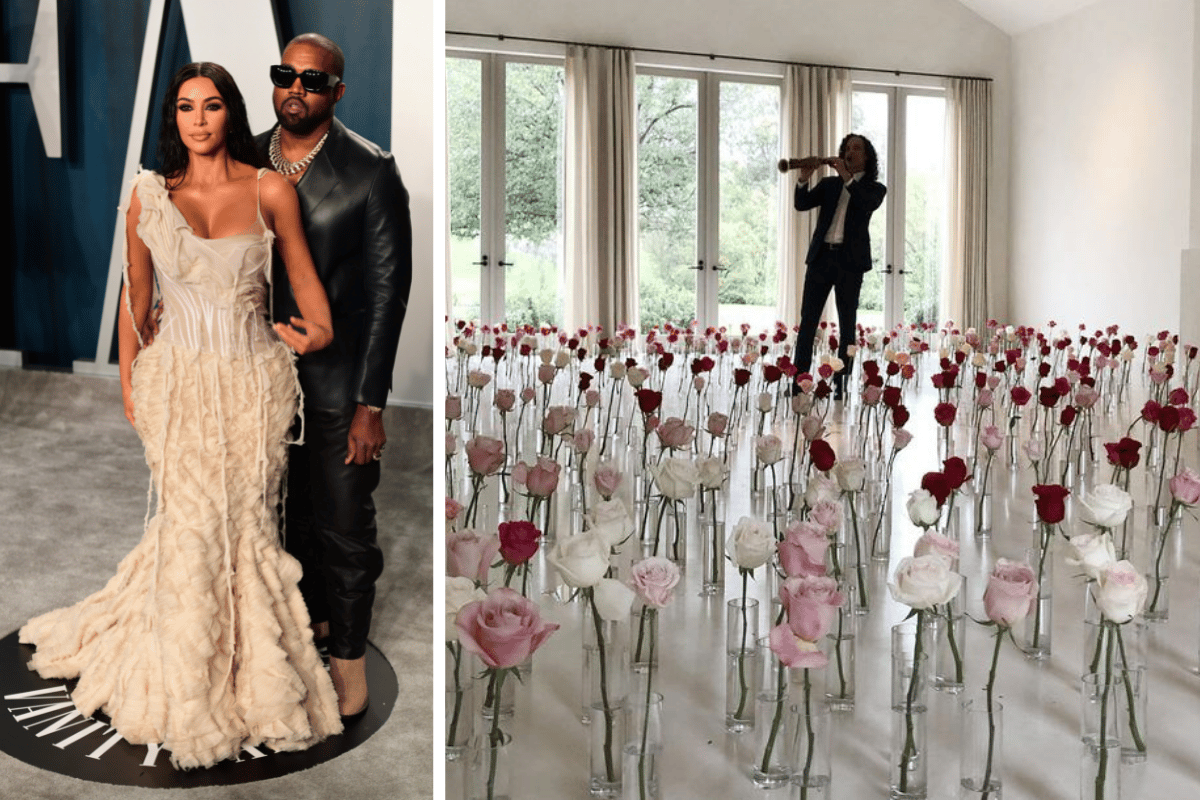 Last but not least we have Nick Jonas and Priyanka Chopra, who we love. The pair just welcomed a baby daughter and are very well known for displaying their affection for one another via socials.

But alas it was a very stereotypical V-Day affair. We're talking s**t loads of red roses, candles (which next to the roses are a massive fire hazard!) and chuck in two horses too.

Now call me cynical, but if I can't move around in my hotel room because I'm being suffocated by roses, it's a no from me. 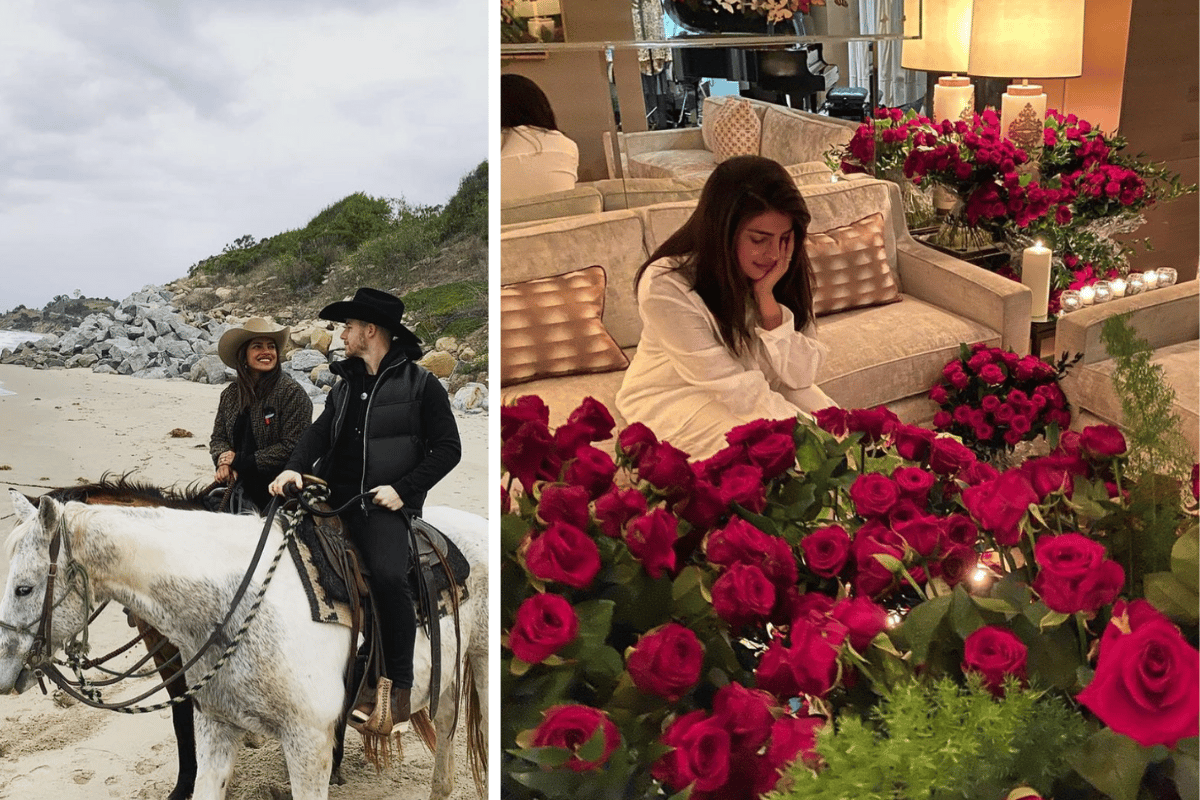 Reply
Upvote
Ok, so you've got the room full of roses and Kenny G paying the saxamaphone... then what? Do you just... stand there while he plays? Does he play more than one song? Wouldn't that get awkward after a bit? Does Kenny have to wait for someone to come and clear a path through all the vases before he can leave? So much of the stuff that's considered 'romantic' just seems awkward and uncomfortable to me. I like flowers (not a roomful though, unless you've got a housekeeper to come and clear out all the dead ones), but the whole candlelight dinner thing doesn't appeal to me at all.
News
General
Opinion
True Crime
Politics
Sport
Explainer
Entertainment
Celebrity
Reality TV
Movies
TV
Books
Rogue
Royal
Lifestyle
Beauty
Fashion
Weddings
Home
Wellness
Health
Fitness
Travel
Food
Parents
Before The Bump
Pregnancy
Baby
Kids
Teens
School
Parent Opinion
Work & Money
Money
Finance
Career
Lady Startup
Relationships
Sex
Dating
Separation
Friendship
Family
Real Life
Couples