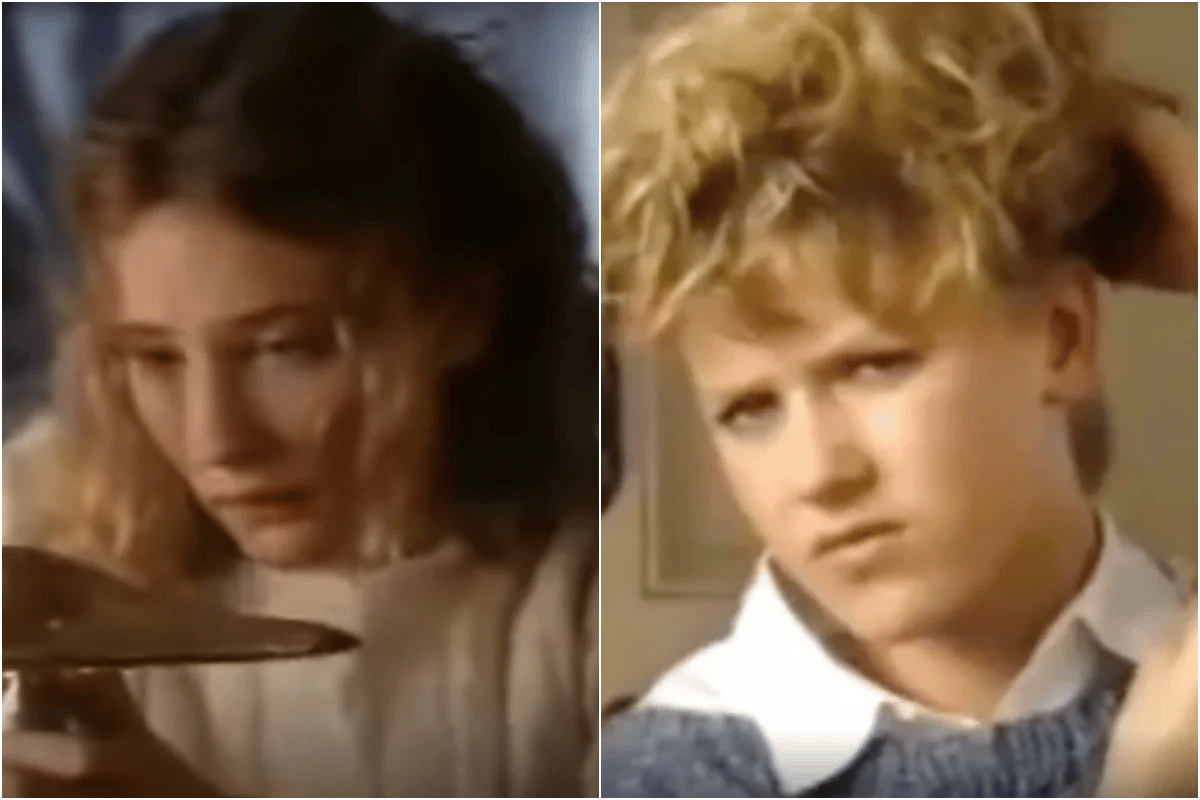 There's just something so touching about looking back at the humble beginnings of some of Australia's biggest celebrities.

Particularly when they're buried in cringe-worthyncommercials about tampons.

So, we decided to compile a list of our six favourite celebrity TV ads from before they were famous. Because even Matty J has a public record of one of his best embarrassing moments for us to enjoy.

Matty J for U by Kotex

The year was 2009, and our favourite Bachelor, Matthew Johnson was nothing but an aspiring 22-year-old actor with big dreams.

And big dreams have to start somewhere. Matty J, he made his breakthrough in a sanitary pad ad for U by Kotex.

Watch Matty J for U by Kotex. Post continues below.

Video via U by Kotex

The ad opens with Matty J and his TV girlfriend lying with her head in his lap.

"Ok. Stranded on a desert island and you can only take the essentials..." he prompts her.

“My music, a tent, a few clothes, plenty of fluids and I’d need you for protection,” she says, referring to U by Kotex pads, of course.

The scene is particularly made by a smug shot of Matty J that lasts just a few seconds too long, and boy they don't make ads like this anymore.

If you grew up in the mid-90s, you would absolutely remember a very catchy Tim Tam ad that featured a genie lamp and three wishes.

But you might not remember that the star of the show was in fact a 20-year-old Cate Blanchett.

The ad opens with a young Blanchette and her co-star as they stumble upon a lantern - from which emerges a genie of course.

"You know the deal," the genie says. "Three wishes and all that."

“A packet of Tim Tams that never runs out," she says.

And when the genie asks what else they would like, her co-star asks for "two more of those",  because, obviously.

Yep. One of Australia's iconic 1987 ads set to the backdrop of outback Australia featured none other than Russell Crowe and it feels rather fitting.

The ad opens on a shot of Uluru and cuts to Russell's co-star explaining a Coca-Cola competition going on at Manly Beach in Sydney.

The strong Aussie accents, a young and dapper Russell Crowe and all of our best scenery on display? A true Aussie classic.

Yes. One of Australia's most successful actresses found her humble beginnings in a not-so-feminist 80s Tampax ad and it's truly a miracle that we were able to uncover this one from the archives.

The ad kicks off with possibly the most iconic picture of the 80s voiceover that says: "Growing up, life's just one big hassle," and look, true. 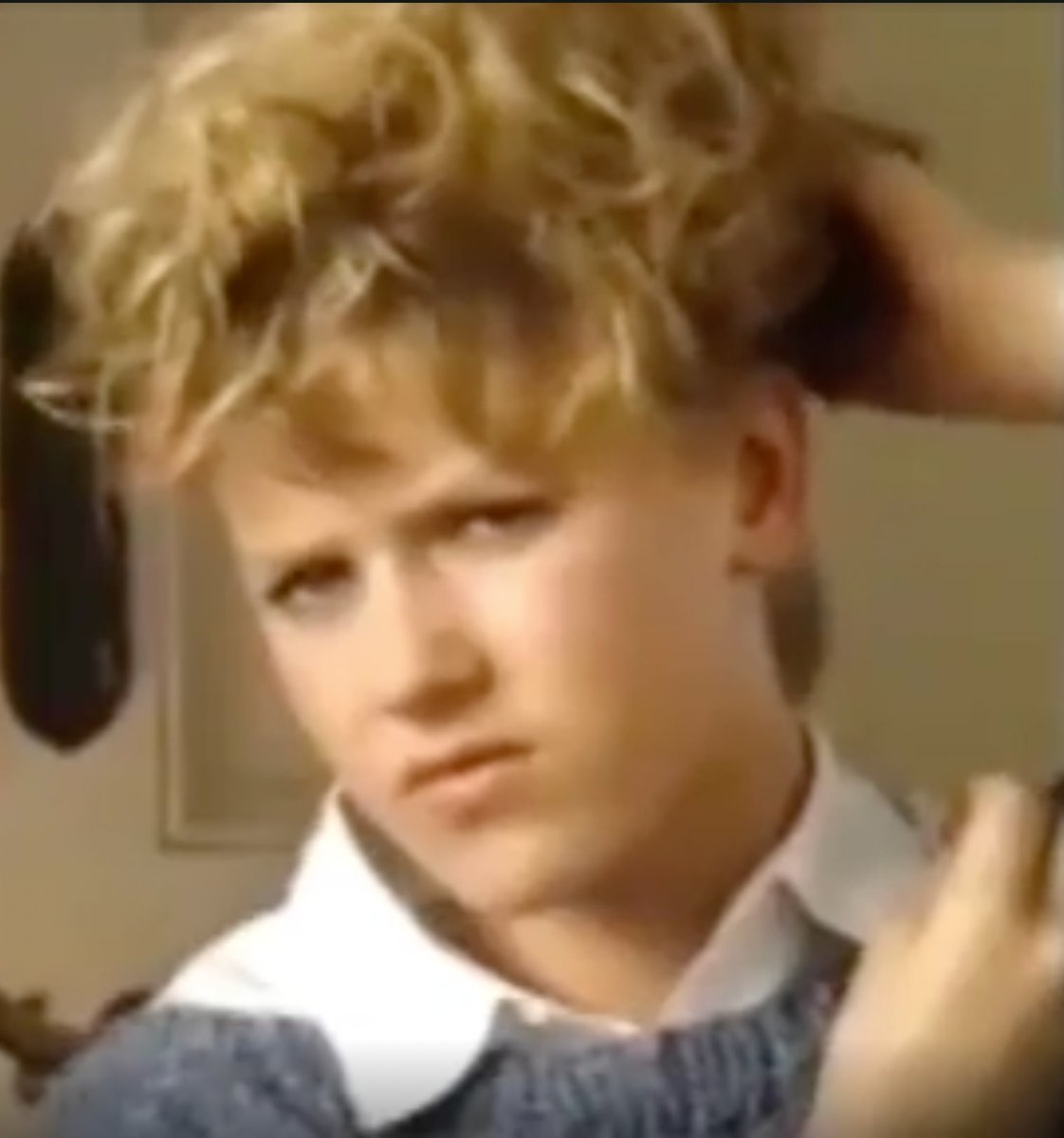 The ad then cuts to a few shots of Naomi Watts doing normal, period ad things like walking around in a white robe and drying her hair as she explains why Tampax makes periods "less of a hassle".

Speaking of Aussie classics, can we talk about Paul Hogan's 1984 ad for the Australian Tourist Commission?

Okay, Hogan may have already been famous when he shot this one, but we couldn't leave out the ad that coined the term "shrimp on the barbie" and doomed Australians to 40 years (and counting) of justifying to the rest of the world that we in fact call them prawns.

You may have missed it, given it aired in the US, but I bet you didn't miss the onslaught.

The ad starts with Paul atop the harbour bridge saying: "I thought I might've been able to see America from here, you guys are just across the Pacific," and that seems like a little bit of a stretch, but we'll run with it.

The second part of the ad is addressed to Australians asking them to "not make a liar" out of him, for telling the Americans that we love to make them feel at home.

"The beaches are crisp and clean, the beers are cold, and there's (sic) plenty of shrimps on the barbie," he said.

At least that's one of his tourism ads. They were hilarious and fun, but please, no more "shrimps" on the barbie.

Reply
Upvote
4 upvotes
I 100% assumed that the Naomi Watts ad mentioned would be the one where she chooses a home cooked lamb roast dinner over a date with Tom Cruise.
R
rush a year ago