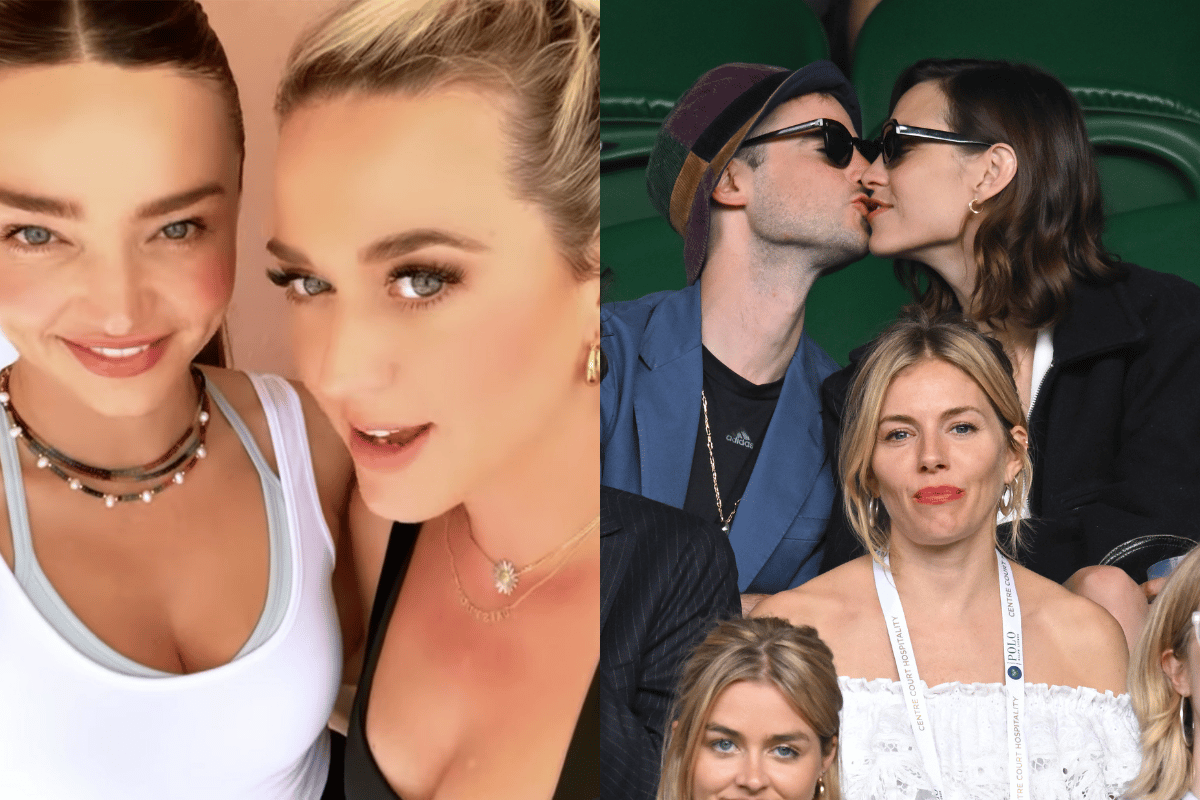 As many of us know, ex-boyfriends, girlfriends and partners are strictly off-limits to friends – but in the quirky corners of Hollywood, these rules don't always apply.

While we have a 'whole world' to explore when it comes to new relationships, celebrities are typically confined to a small circle of A-listers and socialites.

So, it's no surprise that there are quite a few celebs who are good pals and happen to share a former partner or two.

Here are the 10 celebrities who are seemingly totally okay with other celebs dating their exes.

Sienna Miller and Tom Sturridge... who may be dating Alexa Chung. 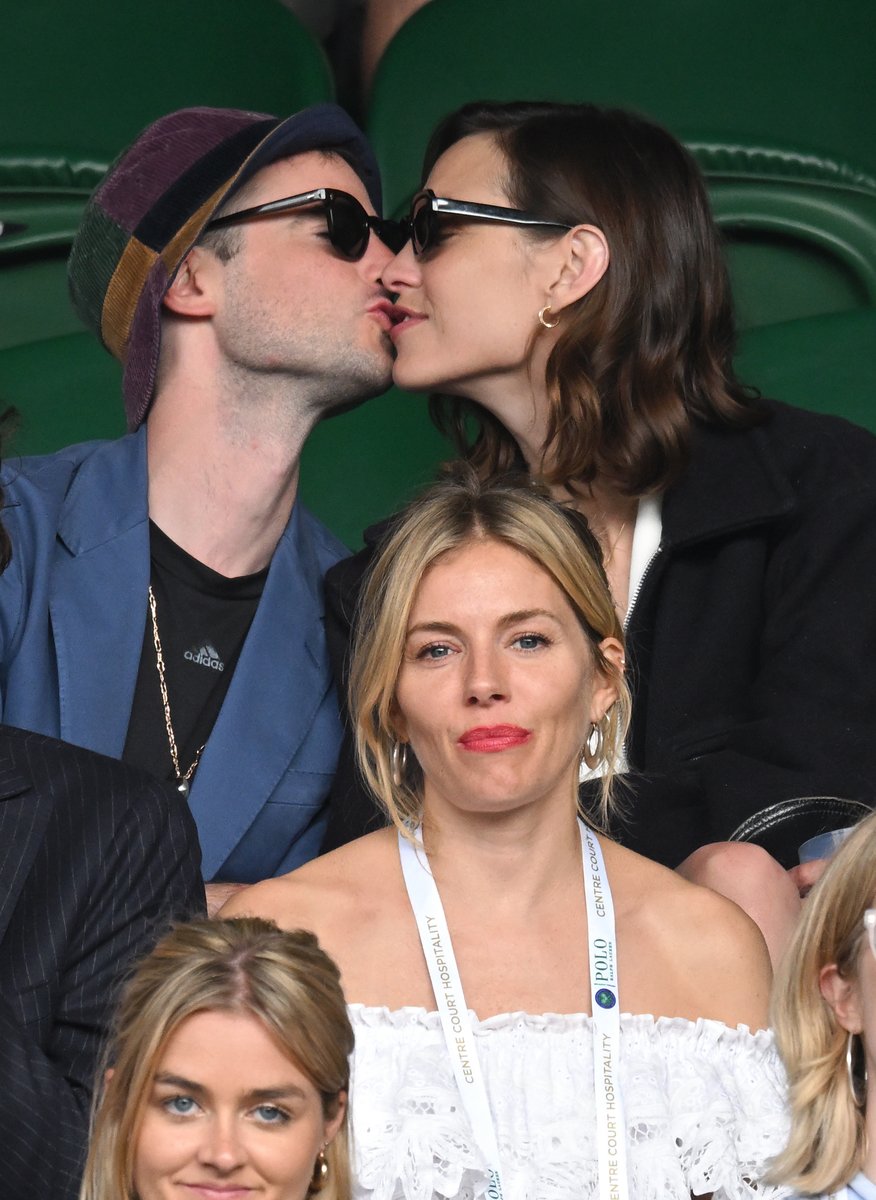 Fashion designer Alexa Chung and actor Tom Sturridge sparked dating rumours after they were spotted kissing at Wimbledon. Sturridge's ex, Sienna Miller. was just one row ahead with her partner, Oli Green.

The pair dated for a few years before splitting up in 2015, and share a nine-year-old daughter they named Marlowe.

Sienna and Tom seem to be on good terms, as photographers caught the group of four snapping selfies together.

While Alexa and Tom are yet to make an announcement about their relationship, this is the second time they've made a public appearance with one another after being photographed at Glastonbury Festival. 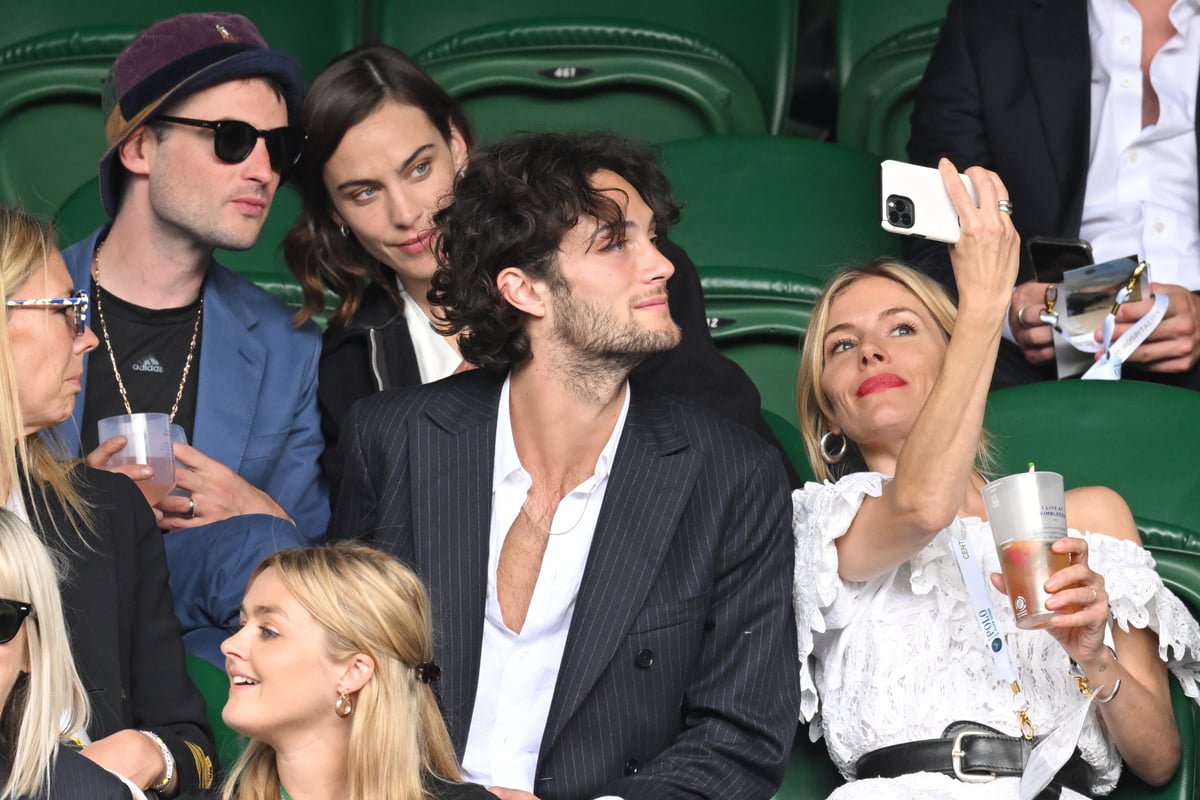 Miranda Kerr and Orlando Bloom... who is dating Katy Perry. 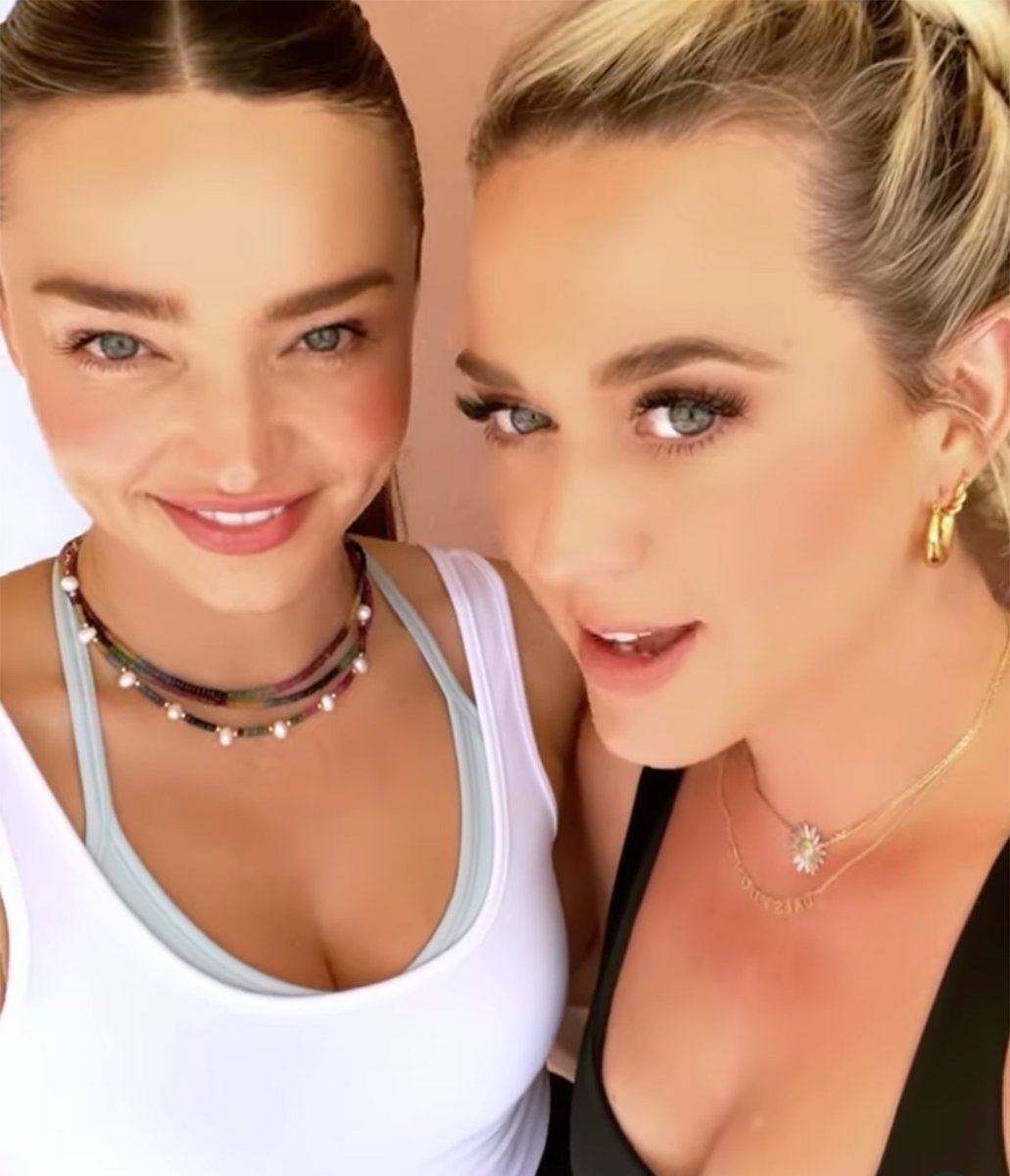 While their days as husband and wife are no more, the pair have maintained a bond that some might find strange. Not only is the model still close to her ex, but she has also become friends with Perry. 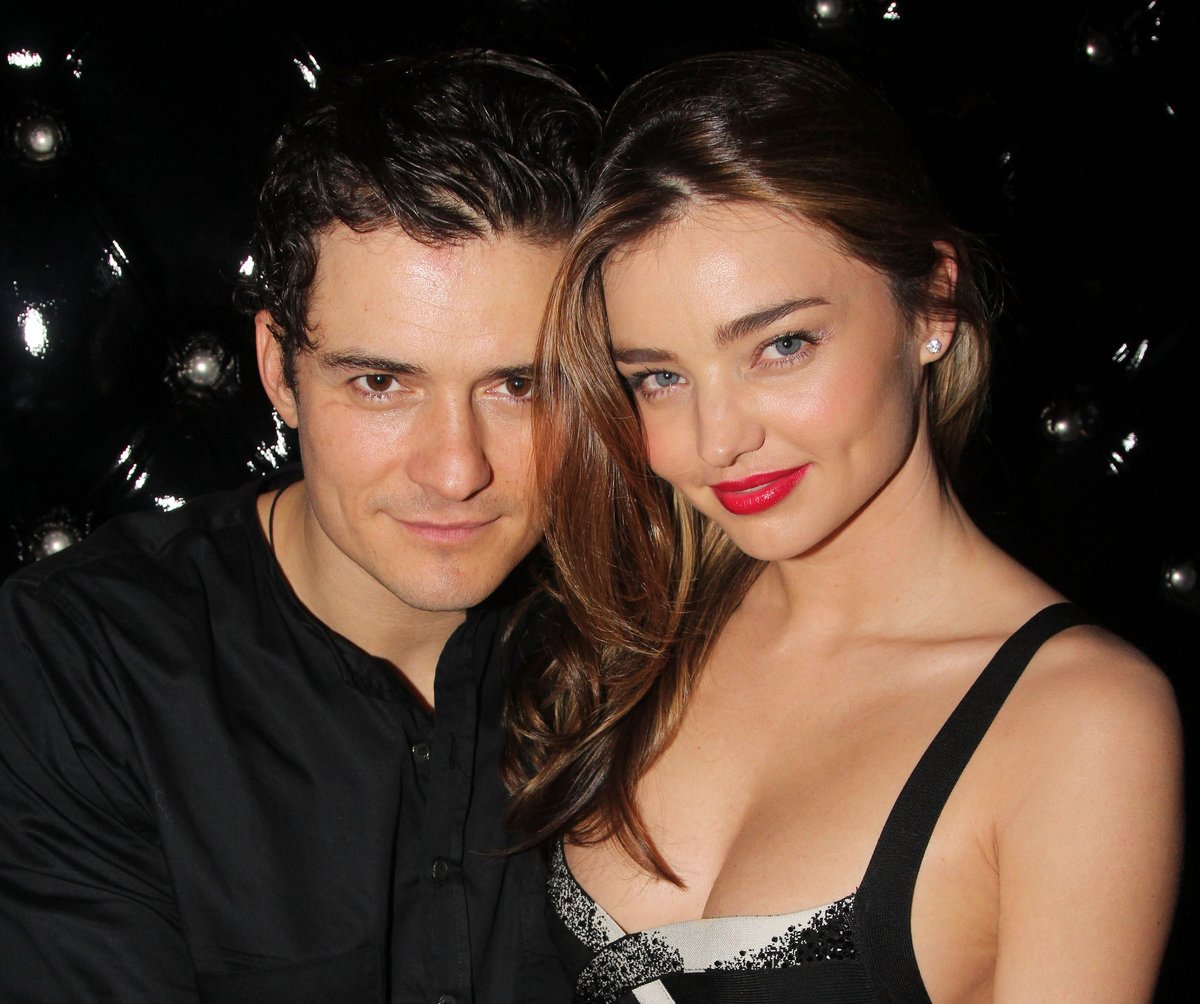 The former VS Angel has also since moved on and had children with Snap Inc. (including Snapchat) founder Evan Spiegel – and the two couples go out of their way to spend holidays and quality time together for their children.

Their children, as a breakdown, are as follows:

"Orlando and I are great friends, and I have so much respect and admiration for him as a person and father, but we’re so much better [as] friends than partners," Kerr said. 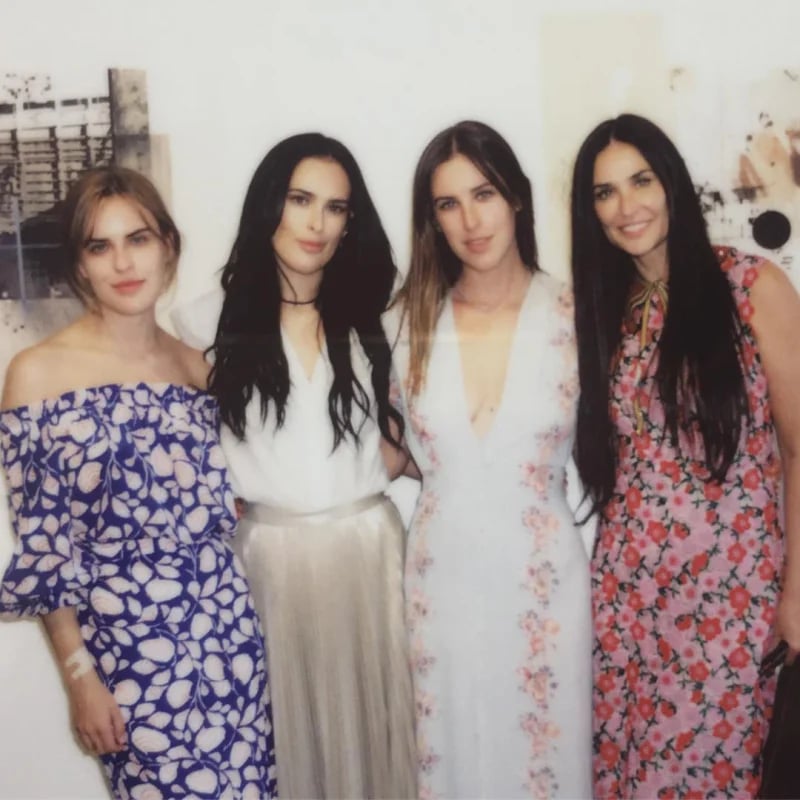 While the pair divorced in 1998, they remained close friends. So much so that Willis went on to attend Moore's subsequent wedding with Ashton Kutcher in 2005.

Willis moved on as well, with Emma Heming Willis in 2009. The pair went on to have two more daughters, named Evelyn and Mabel.

Willis and Moore caused a stir when it was revealed both families chose to quarantine together during the pandemic – but for this blended family, it's normal.

When Emma Willis was asked by US Weekly what her thoughts were on having her husband's ex-wife at their vow renewals, she said: "She welcomed me into her family as I welcomed her into ours. I have so much respect for how Bruce and Demi worked through their divorce to be able to put their children first. Actor Gwyneth Paltrow and Coldplay frontman Chris Martin were married for 13 years before they divorced in 2014. During their marriage, they had two children, Apple, who is now 18 and Moses, who is now 16.

The friendly exes remained on good terms – even after both moving on from the relationship. Martin began dating Dakota Johnson in 2017 and Paltrow married Brad Falchuk in 2018. 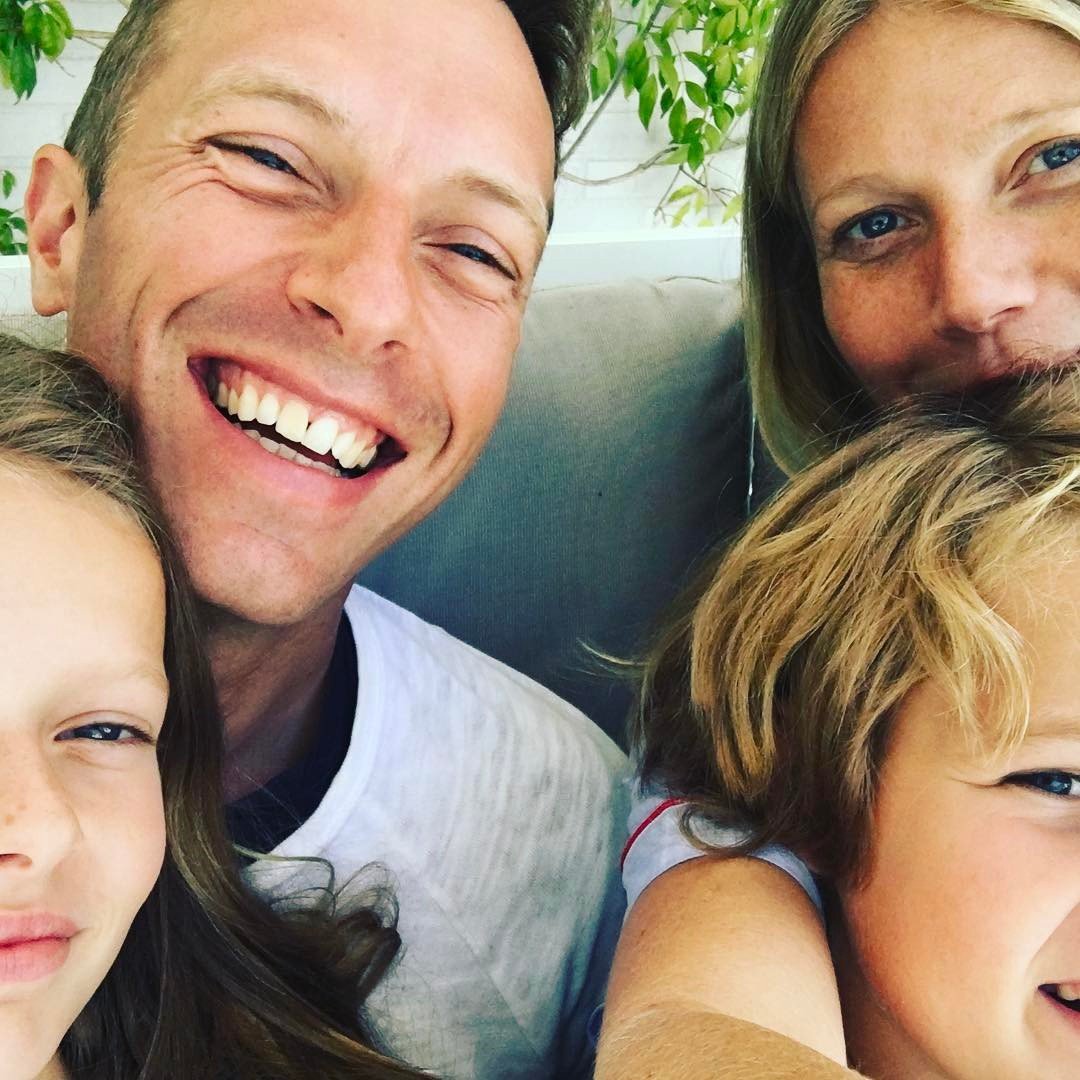 The pair remained good friends after their divorce in 2014. Image: Instagram @gwynethpaltrow.

The actors remain friends as well.

"I love her [Johnson]" Paltrow told Harper’s Bazaar in January 2020. "I can see how it would seem weird because it’s sort of unconventional. But I think, in this case, just having passed through it iteratively, I just adore her. I always start to think of the ampersand sign — what else can you bring in, instead of being resistant to or being made insecure by?

"There’s so much juice in leaning in to something like that."

Listen to This Glorious Mess, a Mamamia parenting podcast. Post continues after audio.

Emma Watkins and Lachlan Gillespie worked closely alongside each other as part of The Wiggles, and remained close despite splitting up in 2018 after two years of marriage. 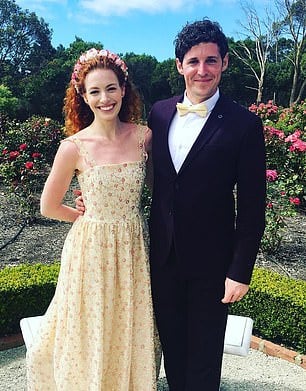 They have both since publicly moved on with other people. Gillespie is engaged to ballet dancer Dana Stephensen, with who he shares one-year-old twin girls Lulu and Lottie. 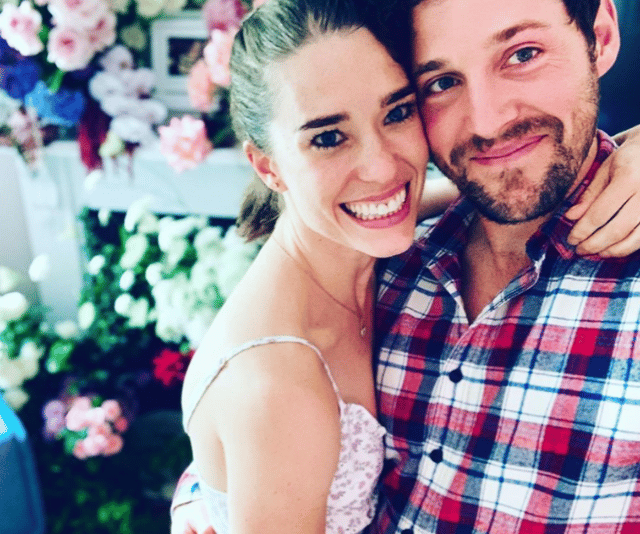 Before she left her full-time gig on The Wiggles, Watkins openly admitted in 2019 that she and Gillespie had gone back to being the "best of friends" while working together.

"It's been amazing being on the road with each other for ten years, so to not have him on the tour would be bizarre," she explained while on The Project.

"He's very opposite to me," the performer told Stellar about her partner. "He's a very calm and thoughtful person and I've always been interested in his mind and his take on life, and his morals.

"He loves talking about the environment and food production. It's not very 'Wiggly', but it's been nice for me to talk about things not just concerning ourselves, but people everywhere around the world."

While Watkins and Gillespie did not attend each other's wedding, Watkins was outwardly supportive of her former partner's new relationship.

When Gillespie announced his engagement on Instagram back in 2020, Watkins left a comment and kept it short and simple with three single purple hearts.

"I love her [Johnson]" Paltrow told Harper’s Bazaar in January 2020. "I can see how it would seem weird because it’s sort of unconventional. But I think, in this case, just having passed through it iteratively, I just adore her. I always start to think of the ampersand sign — what else can you bring in, instead of being resistant to or being made insecure by?

"There’s so much juice in leaning in to something like that."

God, she is just so exhausting.
I
i'm with the band a month ago

Reply
Upvote
These are wonderful examples of mature adults moving on, and in some cases, co-parenting brilliantly . My partner's ex-wife has frequently put me down over the years to their children, and it comes out in the little comments they make that have clearly been regurgitated.  I don't react to them, but it's also meant that I haven't been able to get as close to my step-children as I'd like because she clearly resents my presence and I don't want her to take it out on the kids.  Kudos to all these couples for rising above any bullshit, creating loving families, and displaying emotional intelligence in the process.
Resources
Very Peri
Skin
News
General
Opinion
True Crime
Politics
Sport
Explainer
Entertainment
Celebrity
Reality TV
Movies
TV
Books
Rogue
Royal
Lifestyle
Beauty
Fashion
Weddings
Home
Wellness
Health
Fitness
Travel
Food
Family
Before The Bump
Pregnancy
Baby
Kids
Teens
School
Parent Opinion
Work & Money
Money
Finance
Career
Lady Startup