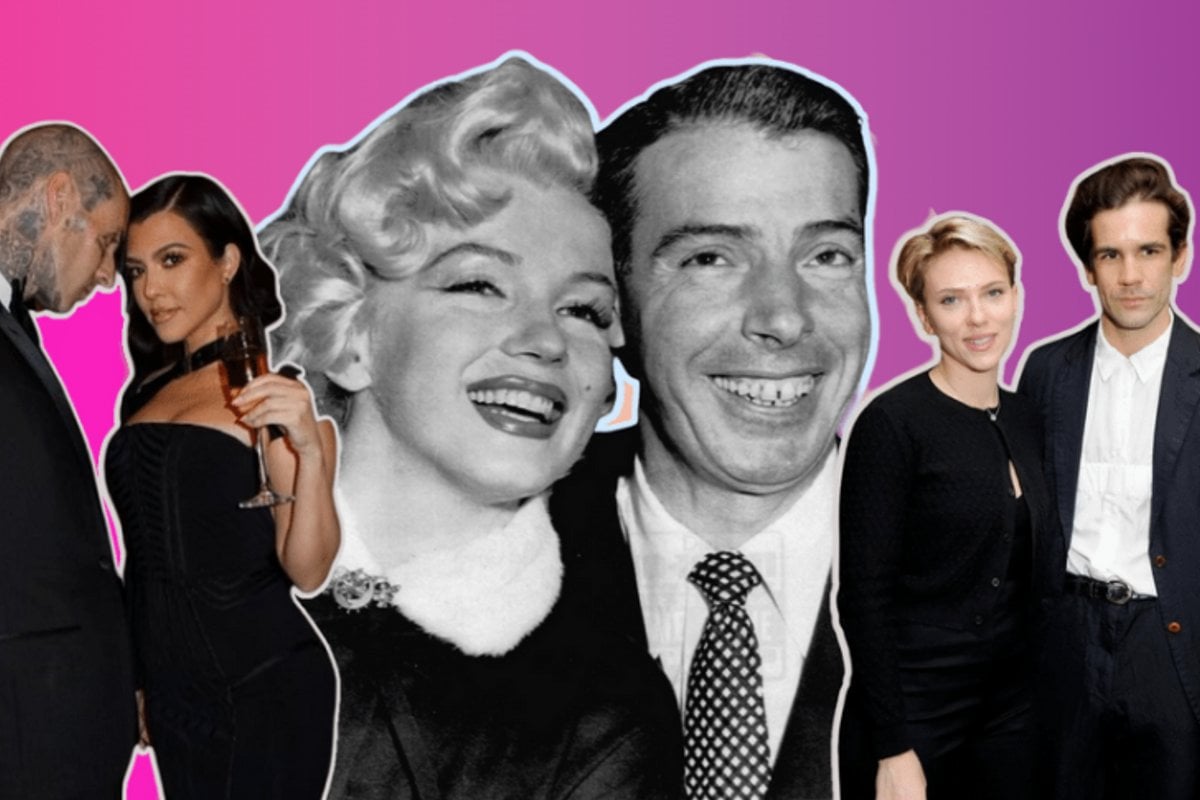 From the extravagant white gown right down to the choice in floral arrangements - celebrity weddings are not just 'weddings', they're a moment in pop culture history. They're important. They mean something to most people.

But what happens when A-listers opt for a wedding away from the eyes of, well, everyone?

Watch as Mamamia asked women if you can wear white to a wedding. Post continues after video.

Shockingly, it turns out, they just enjoy a wedding for what it is: a celebration.

A wild concept, we know.

Some celebrities do indeed choose a more private ceremony - some so private, they don't invite anyone at all...

Here are eight of those such celebrity couples, who decided to elope for their special day, and made us all suffer from the lack of information and pervy details in the process: 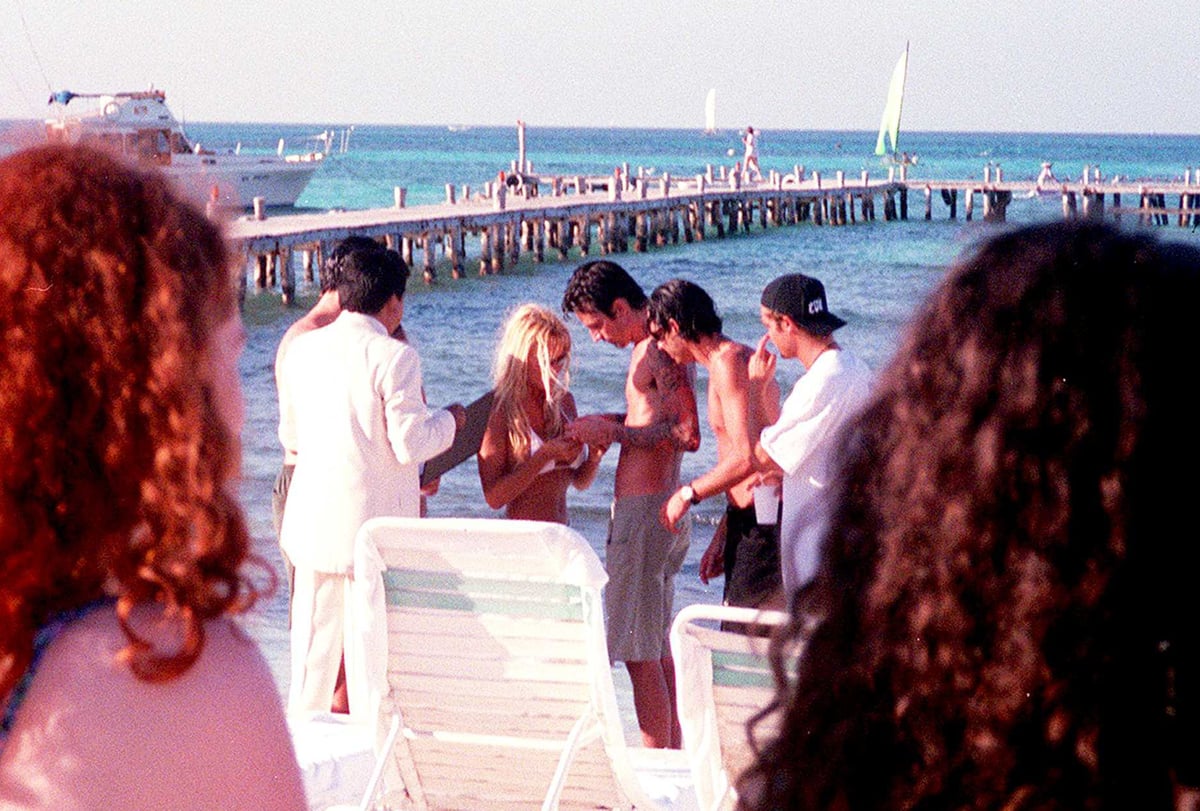 We've seen Pamela Anderson and Tommy Lee a lot in the headlines recently due to the Disney Plus release, Pam And Tommy, which details the first few years of their marriage and the subsequent leaking of their sex tape.

The couple famously got married just four days after meeting one another, with Anderson chosing to wear a white bikini instead of a traditional wedding gown.

The details surrounding their whirlwind elopement came to become public knowledge once it hit the tabloids - in fact; it was exactly how Anderson's mother found out about the matrimonial news.

Anderson and Lee divorced in 1998 (three years after their elopement), and share two children together. 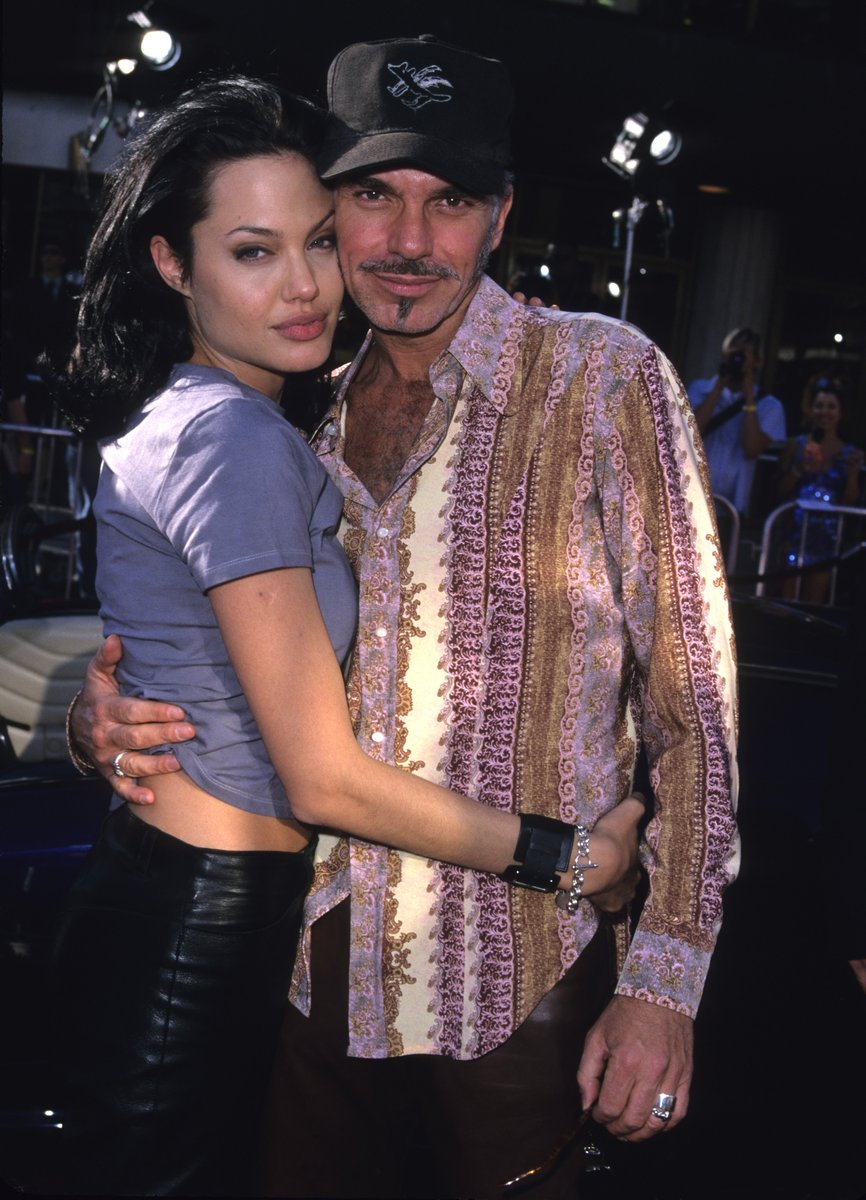 Easily one of the most controversial couples in Hollywood at the time, Thornton began an affair with Jolie while he was still engaged to fellow actor, Laura Dern. The affair quickly escalated, and the pair eloped in Las Vegas.

"I left our home to work on a movie, and while I was away, my boyfriend got married, and I've never heard from him again. It's like a sudden death. For no one has there been any closure or clarity," Dern said in 2000.

Listen to this episode of Lowbrow - all about this very situation. Post continues after podcast.

The reverend who married the couple told the Daily Mail in 2000 that it was a "spur of the moment" decision.

"Personally I don't think they had really planned it out for long, I think it was a spur of the moment deal, but I'm not sure, I didn't ask, 'Oh what made you decide to get married?' It was my job to marry them," Reverend Jim Hamilton explained.

The couple married just two months after meeting on the set of Pushing Tin, and split in 2002 after Jolie adopted her first child, Maddox.

"It took me by surprise too, because overnight, we totally changed," she told Vogue in 2004. "I think one day we had just nothing in common. And it's scary but... I think it can happen when you get involved and you don't know yourself yet."

In April 2022, Kourtney Kardashian and Travis Barker made headlines across the globe.

For what, you may ask? Well, for supposedly eloping.

According to People, the pair said 'I Do' in Las Vegas, shortly after the Grammy Awards - with the owner of One Love Wedding Chapel, saying they were wed by an Elvis impersonator.

"They paid, and they requested Elvis Presley, that was mandatory. I called back five minutes later and was like, I got an Elvis, and there they were," they said.

In an Instagram post, Kardashian wrote: "Once upon a time in a land far, far away (Las Vegas) at 2am, after an epic night and a little tequila, a queen and her handsome king ventured out to the only open chapel with an Elvis and got married (with no license)."

...You see, this was a bit of a sneaky addition, because they weren't legally married at this ceremony - instead they simply claimed: "Practice makes perfect." 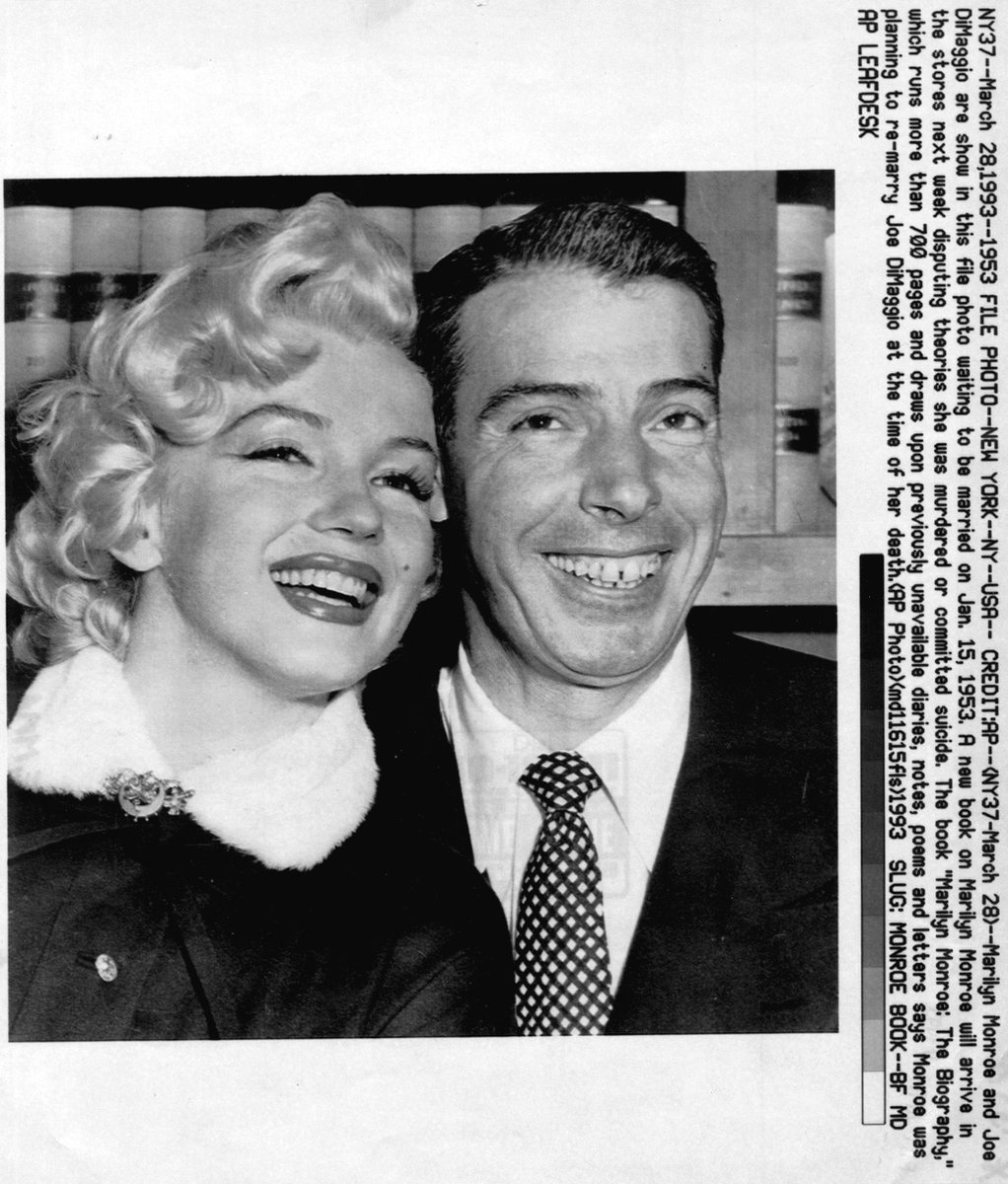 The iconic actor eloped with the American baseball player in 1954. It was reported Monroe later told a friend: "Except for Joe, I’ve sucked my last c**k."

The marriage saw DiMaggio enforcing strict ground rules from the beginning. He supposedly had to approve of all of his wife's films, Monroe was to never be semi-dressed and she was told she had to break away from her "dumb blonde" persona. These 'rules' were designed to stop Monroe from being a bigger star than him.

Nine months after their elopement, in October 1954, Monroe filed for divorce, citing the reasoning as "mental cruelty". 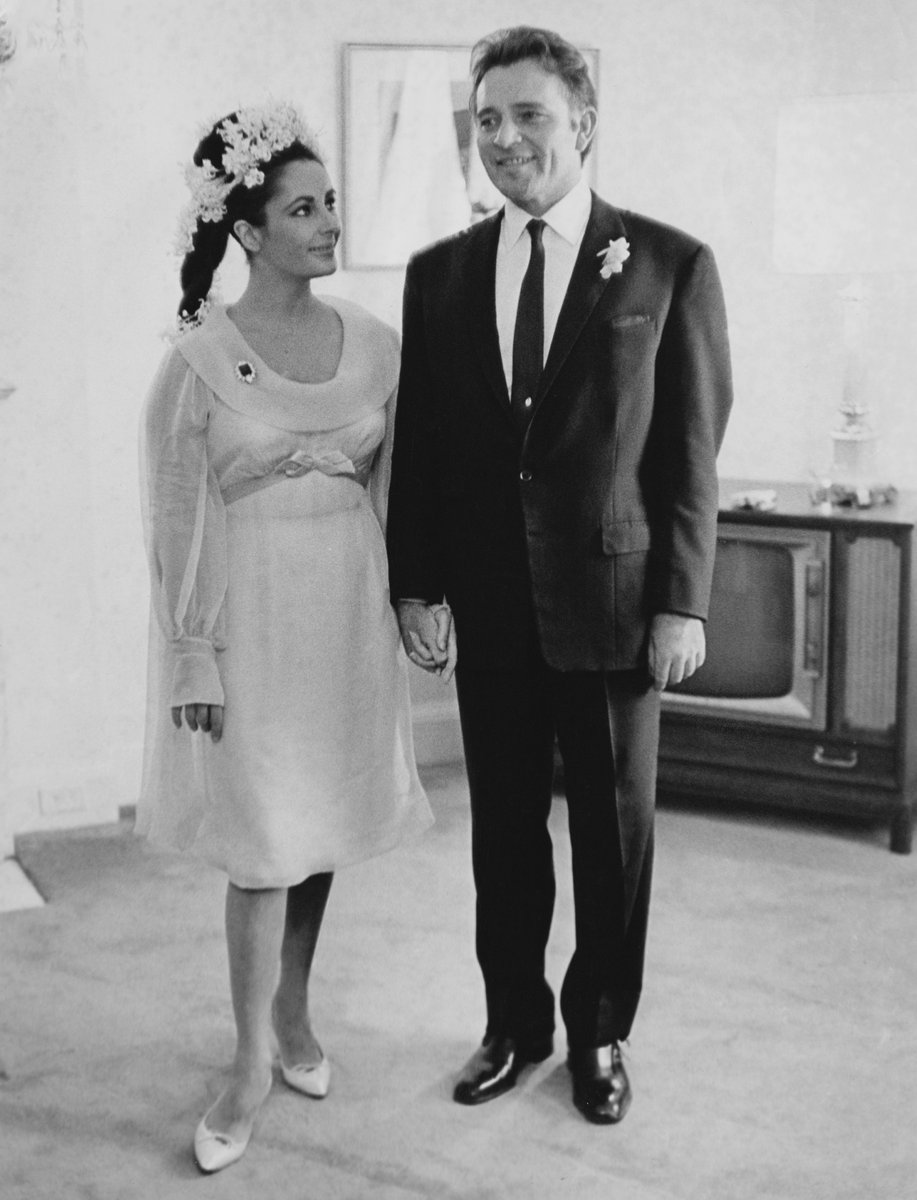 Described as one of Taylor's 'two greatest loves', Burton and the iconic actor actually eloped twice.

It was widely report that the pair were having an affair, and in 1964 they decided to seal the deal and marry while in Toronto. The actors were surrounded by Taylor and Burton's hairdressers, and her parents. 10 years after stating 'I Do', they divorced.

However, just a year later in 1975, Burton and Taylor actually eloped again - but this time in Botswana.

They would divorce for a second time less than a year later. 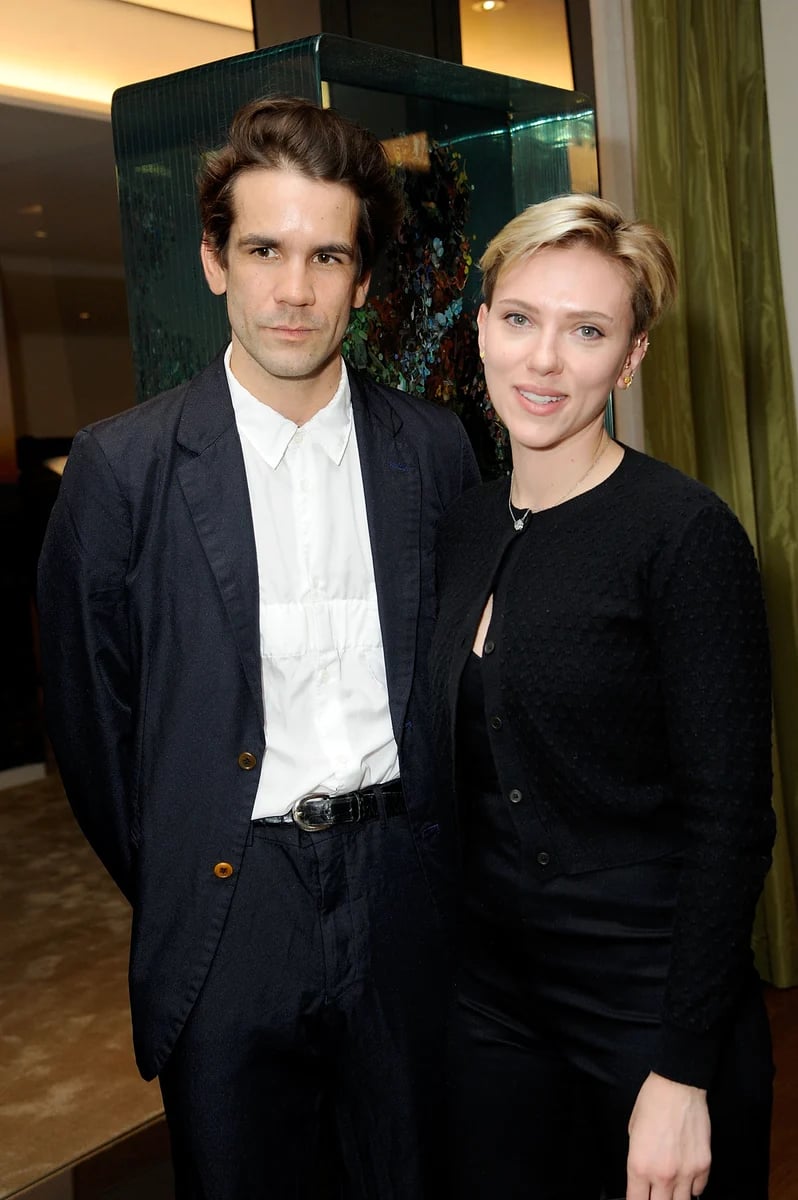 Scarlett Johansson wed her second husband, French journalist Romain Dauriac, in 2014. The ceremony was incredibly private, and any details surrounding their celebration remain a secret.

The wedding followed a few weeks after the birth of their daughter and only child together. They divorced three years later in 2017.

Johansson also eloped with her first husband Ryan Reynolds at a wilderness retreat outside of Vancouver.

The Black Widow actor married comedian and writer, Colin Jost, in 2020. They share a child together, who they welcomed in 2021. 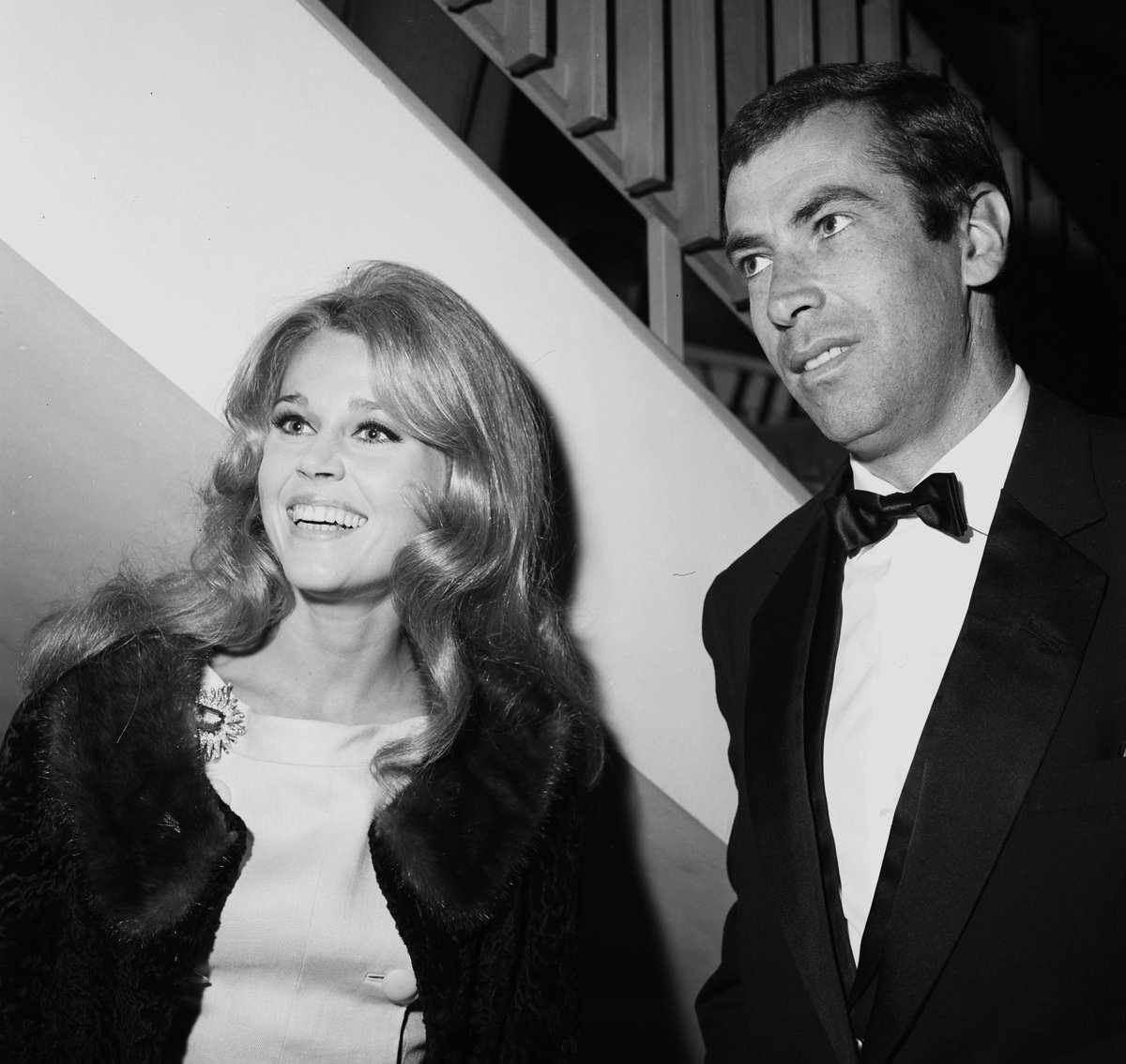 The actor and activist Jane Fonda eloped with French director, Roger Vadim, while together in France in 1965. At the time, Fonda was 28-years-old and Vadim was 10 years her senior.

They remained together until 1973 and share one daughter together - Vanessa, who they welcomed in 1968. 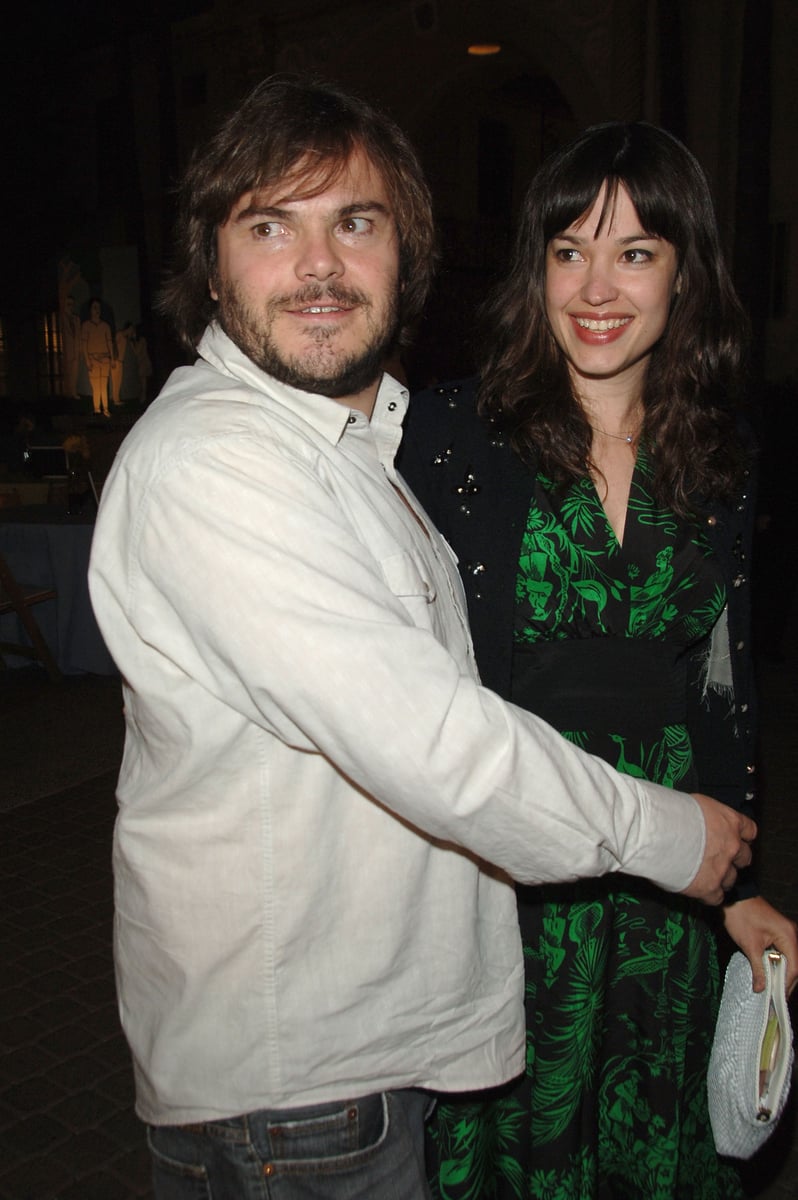 So get ready, because Jack Black and Tanya Haden's love story is something out of a movie. Haden - who is a triplet - met the famed actor in high school. However, it took a whole 16 years for them to get from their first meeting to their walk down the aisle.

Black admitted he'd been too afraid to ask his soon-to-be-wife out on a date.

"I wish I’d had more courage to ask out Tanya Haden, the woman who eventually became my wife. We met at school at 18 – and I wasted 15 years waiting for my chance," he told The Sun.

"She was everything I could wish for. Talented, beautiful and a wonderful performer on stage. She was part of a band called The Haden Triplets. We first worked together on a student film but we did not date."

The pair reconnected many times throughout the years, but did not actually begin dating until 2005.

Black and Haden eloped in Big Sur, California a year later in 2006 - because according to reports, Black was terrified of having a huge wedding.

The Hollywood sweethearts have began together ever since and share two children with one another: Samuel, 15, and Thomas, 13.