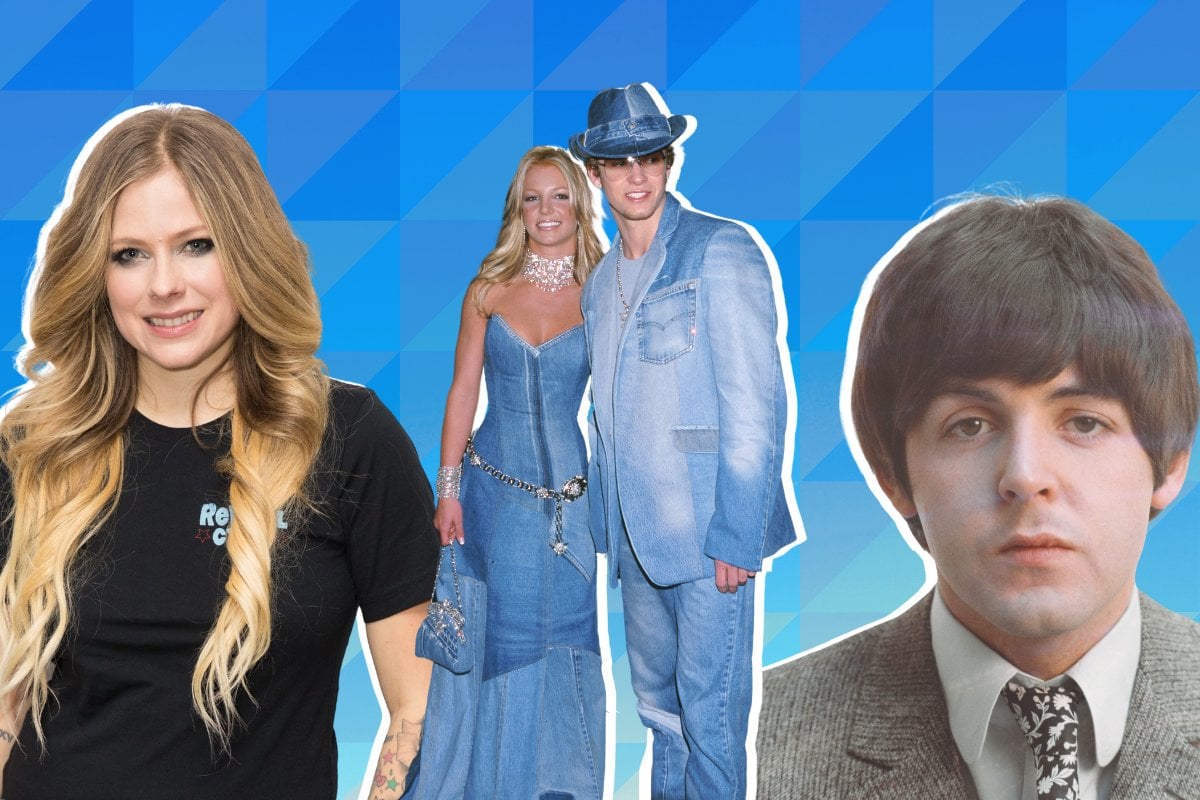 You really haven't spent enough time on the internet until you've fallen into a dark hole of conspiracy at 3am, knowing in your heart that it's all bullsh**t, but also sort of... believing it.

And so many of these conspiracies focus on the identities of the people we watch on our TVs and hear on our radios.

It seems that from the moment someone becomes famous, their identity is up for question. Are they real? Are they really someone else? Are they an immortal vampire???

Over the decades, some truly wild theories about celebrities have spread across the interwebs.

There are people who walk among us who believe certain famous people are clones or reincarnations of dead people. Others who are dead are supposedly still alive, and according to at least one person, the most famous band to ever exist actually... didn't exist at all.

IT'S ALL VERY STRANGE AND I LOVE IT.

I've delved far too deep into YouTube, which has culminated in this round up of eight truly bizarre celebrity conspiracy theories. Enjoy.

This conspiracy is great because of how much time it would've taken the original poster to... figure it all out. Like, imagine spending days scouring the internet for evidence that a Glee star you don't know can't read.

Lea Michele started her career as a child star on Broadway and became a household name with her lead in Glee so she's... accomplished. But in 2017, fans posted a 45-minute Facebook video where they dissected their theory that Lea can't read or write.

It apparently started as a joke spurred on by an anecdote in her co-star Naya Rivera's book where Naya recalled how Lea would refuse to improvise her lines. When asked about it, Lea refused to comment, only telling others to "read the book".

They analysed past videos, which apparently never showed her writing her name at book signings and echoing her co-presenters at awards shows. Plus, they pointed out how her Instagram captions were regularly just emojis.

To her credit, Lea took it really well: 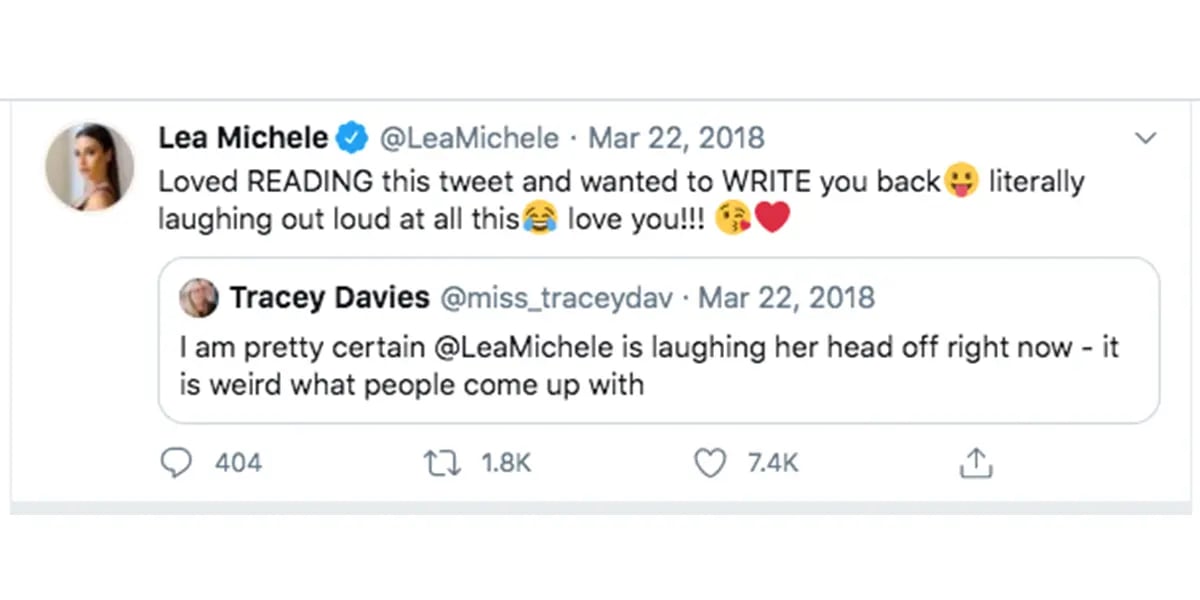 Taylor Swift really likes alluding to how bad of a driver Harry Styles is, culminating in this TikTok fan theory (they're joking... I think) that their 2012-2013 relationship broke down due to... vehicular manslaughter.

First, let's look at the evidence, AKA lyrics:

Taylor has written the below about Harry, his driving skills and the ALLEGED night in question:

The "twenty stitches" line in 'Out of the Woods' officially refers to a snowmobile accident the pair got into in December 2012. But some think that's a convenient alibi.

Then there's this, from Harry's song 'Two Ghosts':

The internet asserts these all reference a crime and the guilt associated with it.

Then on her latest album evermore, Taylor released a song called 'No Body, No Crime' and... yeah. You can guess how that went down.

It's definitely false. But it's funny. And at the very least, we know Harry Styles is a terrible driver.

This is basically the premise of 2019 movie Yesterday, but this conspiracy has been around long before.

In 2016, a website called The Beatles Never Existed popped up. It's since gone, but the internet never forgets.

The site claimed to have proof that The Beatles stars John Lennon, Paul McCartney, George Harrison and Ringo Starr never actually existed and have instead been played by a number of different people throughout the years.

It delved very deep into the faces of each Beatle, pointing out perceived differences in appearance. 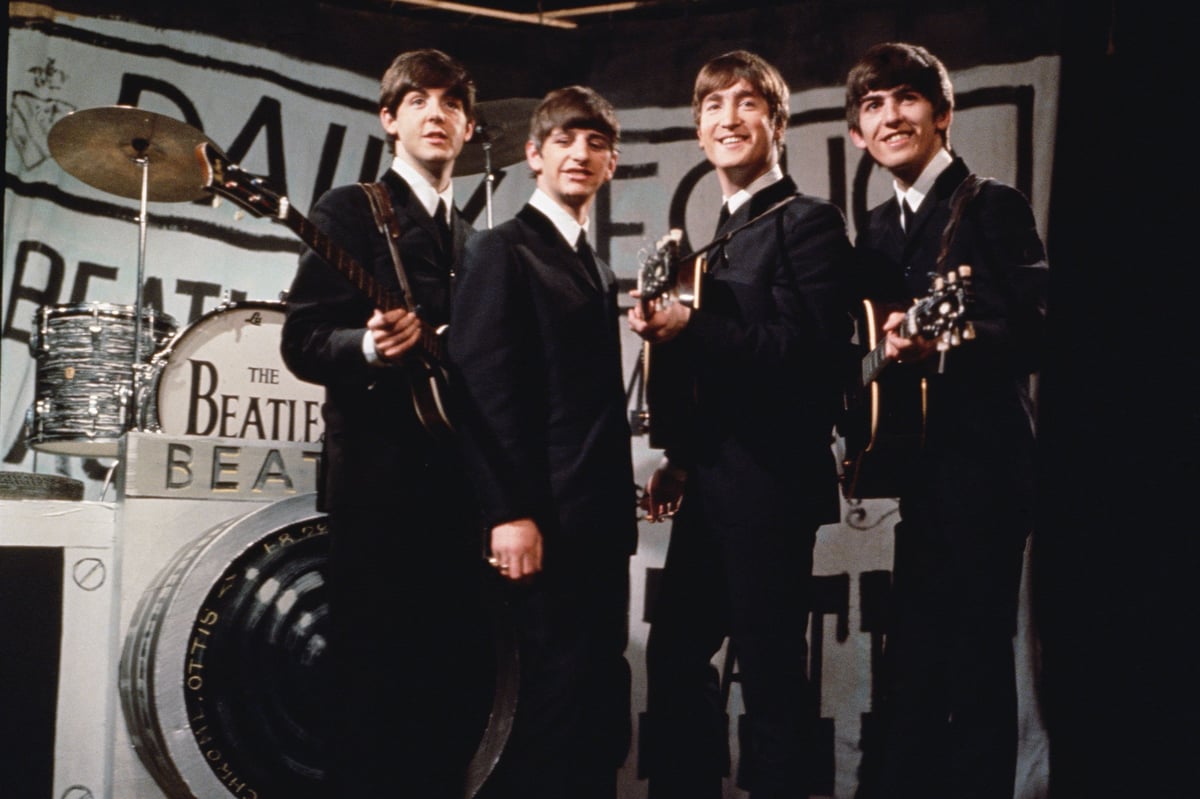 The website's creator told The Sun there were at least 12 Paul McCartneys. Mmhm.

Strangely, there's a competing theory which says Paul actually died in a 1966 car crash so everything we've been seeing for the last... 55 years has been down to clones.

Avril Lavigne died years ago and was replaced by a doppelgänger.

When I Googled this one, I was presented with this spectacular headline from a real person's real university project: "He Was a Sk8er Boi, She Was Replaced by a Clone". Amazing.

The crux of this conspiracy is that early 2000s queen Avril Lavigne died in 2003 and was replaced by a lookalike friend named Melissa.

The theory was started by a Brazilian fan page and hinges on the apparent difference in appearance between early Avril and older Avril and a few skin blemishes that definitely cannot ever change as one ages.

-in a photo shoot, Avril has ‘Melissa’ written on her hand. People take this is a hint from Melissa, who apparently commonly leaves hints to Avril’s death in song lyrics and pictures like these. pic.twitter.com/f0MHfFPfFr

Oh, and also because one time she did a photoshoot with the name 'Melissa' on her hand. Really spooky.

This theory has a surprising number of genuine believers, and discussions about Melissa seem to happen on Twitter regularly. ¯\_(ツ)_/¯

In 2001, there was a false rumour spread by radio hosts that Britney Spears and Justin Timberlake were in a car crash spread as virally as something possibly could pre-social media.

Britney's publicist was forced to deny the rumour, but some people still believed it was true. 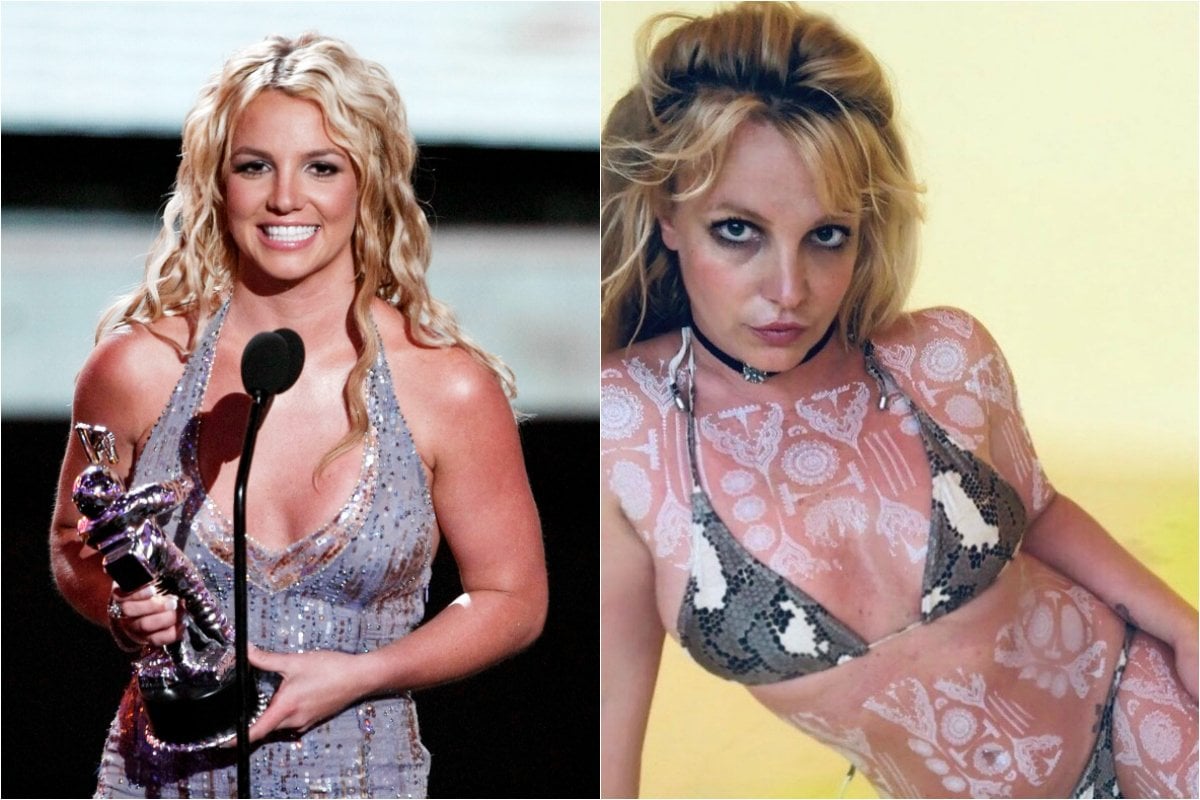 Which brings us to this conspiracy, which claims Britney died in the car crash and was replaced by a set of clones. The best part is how it points to a 2005 song 'Mona Lisa', in which she sung 'she's been cloned'.

Chill fake Britney. You're supposed to be playing it cool.

Is no pop diva who they say they are???

This theory suggests Katy Perry used to be young pageant star JonBenet Ramsey, who was killed in 1996. Her death has been a major true crime fascination ever since, even becoming the subject of a Netflix documentary.

But YouTuber Dave J reckons he's cracked it, just cause they look a little similar. 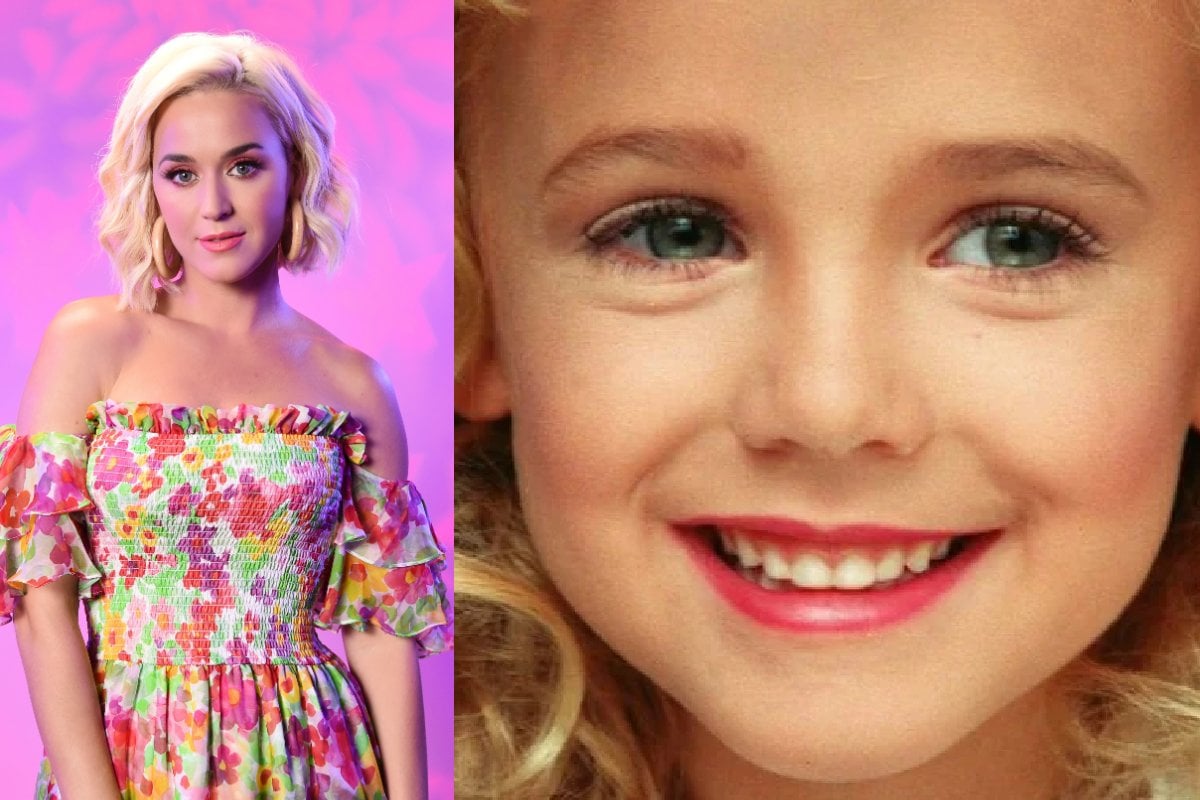 "Nobody died, nobody got hurt," he said in a since-deleted YouTube video.

"That sacrifice was in name only, and that was to get something, and that something was to become a star. JonBenet became Katy Perry, and that's a fact."

In early 2016, fact-checking publication Snopes debunked the theory. It was definitely unnecessary to do so. But they did it anyway.

Nicolas Cage and John Travolta are immortal and engaged in a centuries-long feud.

That was a strange sentence to type out.

In 2011, a man tried to sell a photo of a Confederate prisoner of war on eBay, and that prisoner looked exactly like Nicolas Cage.

The owner of the photo was quoted in The Hollywood Reporter as saying he personally believed it was the actor, and questioned if he was some sort of immortal being.

Then... the listing disappeared.

People latched onto the theory and considered that Cage may have dropped hints in his movies.

He played a man convinced he was a vampire in Vampire's Kiss and a 3000-year-old wizard named Balthazar in The Magician's Apprentice.

"Now look, I don't drink blood and the last time I looked in the mirror I had a reflection," Cage once told David Letterman when asked about it. 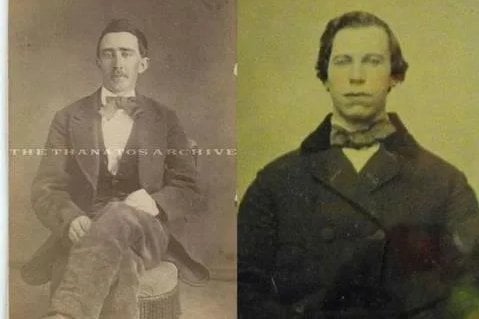 That's Cage on the left and Travolta on the right. Allegedly. Image: eBay.

Soon after the Cage eBay listing, another listing went up of a 150-year-old photo of a man who looked a lot like John Travolta.

And the pair starred in movie Face/Off together, where Cage plays a terrorist and Travolta plays an FBI agent, each trying to outdo each other, and each swapping faces with one another.

So naturally that's a metaphor for a centuries-long battle between the pair. Duh.

Melania Trump has a body double.

Confession: I truly believe this one.

It all began in October, 2017, when President Trump and his First Lady were at a press conference discussing hurricane relief for Puerto Rico. All seemed fine and dandy. Until Trump bizarrely said, "My wife Melania… who happens to be right here."

We knew… Because we could see her.

Then, in August 2018 footage emerged of the First Lady boarding a plane in Ohio with her husband.

The #FakeMelania theory has continued to pop up multiple times in the past four years. There's so much I could say about it.

But let me just show you instead.

For what it's worth, Melania's office has denied the body double (but of course it would!!) but that hasn't stopped the internet from losing its damn mind.

Reply
Upvote
3 upvotes
There's a whole bunch of people out there who have waaaaaay too much time on their hands!
<
<deleted> 2 years ago