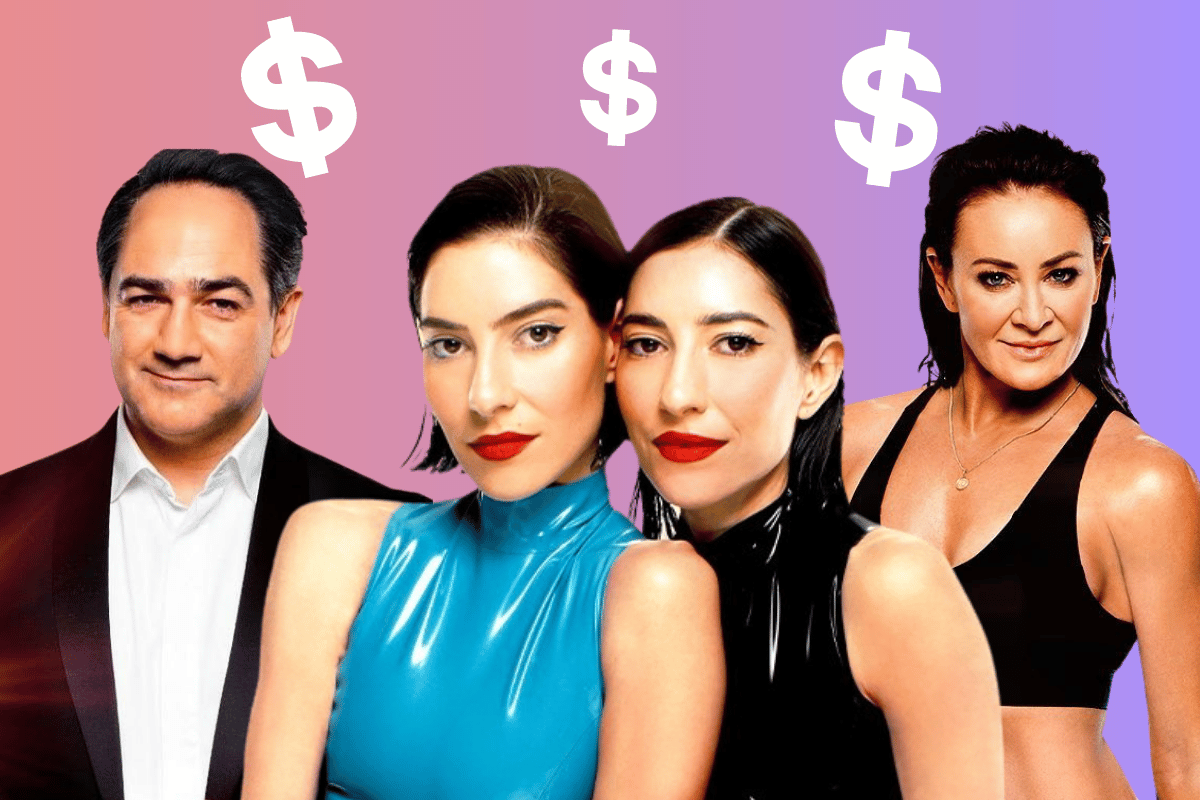 1. Exactly how much money the Celebrity Apprentice stars are getting paid.

So it looks like there's already some "tension" going down behind the scenes of Celebrity Apprentice. And it has to do with how much the contestants are getting paid.

According to New Idea, there was a bit of a stir on set when rumours started going around that one contestant was taking home less cash than the others.

"Tension grew on set when it was rumoured that [clothing designer] Camilla Franks was paid the least," an inside source supposedly told the publication. "If anything, pay should never be discussed among any cast and is always a dangerous game to play."

The source went on to claim that the contestants "didn’t make as much coin as you would think".

"Forget the million-dollar salary Warnie banked for I’m a Celebrity... Get Me Out of Here!. This show doesn’t go anywhere near those sorts of dollars. The production company Warner Bros. gets away with lower pay cheques because it’s charity focused."

Meanwhile singer Anthony Callea, comedian Ross Noble and The Block's Shaynna Blaze reportedly walked away with $30,000 each... which still sounds like a pretty sweet deal if you ask us.

2. A-Rod has announced his ‘new beginning’ on Instagram after his rather public breakup with J-Lo.

Alex Rodriguez wants everyone to know he's ready for a "new beginning".

The 45-year-old shared a rather cryptic post on his Instagram stories over the weekend, following his recent break up from Jennifer Lopez.

"I am about to step into a new beginning in my life," he began the post.

"Anything that doesn't serve me is clearing out of my life. New energy is emerging. New levels are unlocking for me mentally, physically and spiritually. I am remaining patient and know that this new phase of my life is coming." 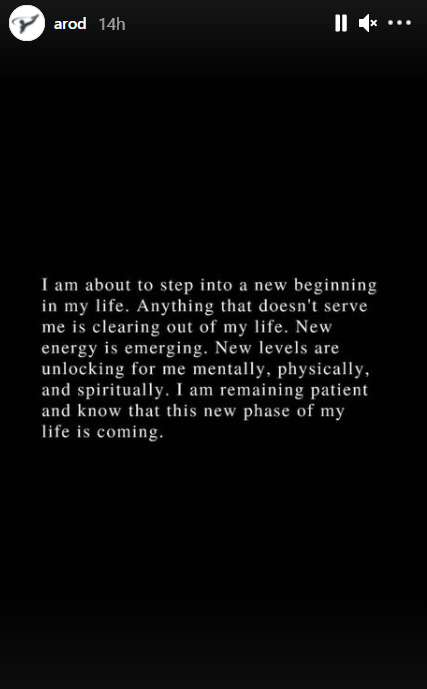 It comes after A-Rod and J-Lo called off their two-year engagement, earlier last month.

"We have realised we are better as friends and look forward to remaining so," the pair said in a statement at the time.

Meanwhile, rumours have been going around that J-Lo is back with her ex Ben Affleck... which has left us all very confused.

"A-Rod is shocked that J.Lo has moved on," a source supposedly told E! News. "He truly thought they would be able to make it work and reconnect."

In late April, the exes were seen spending time at Lopez's Los Angeles home, as photographed by Page Six.

They were even spotted on a long weekend holiday together.

3. A Rita Ora-Taika Waitti-Tessa Thompson kiss just occurred and everyone is confused.

If Daily Mail pap pics are anything to go by, it looks like singer, Rita Ora, might just be in cahoots with Thor, Love and Thunder director Taika Waitti and Westworld actress Tessa Thomspon.

if you would’ve told me a year ago tessa thompson, rita ora, and taika waititi would be in a throuple i would’ve slapped you and called you a liar.

pov: you hop on twitter to see pics of taika waititi, tessa thompson and rita ora having a three way kiss. good for them. as they should. pic.twitter.com/LzysSAJAr9

Rita Ora first shared her relationship with Taika Waitti to Instagram last month, after the pair had reportedly been seeing each other for a few months.

Adding Tessa Thompson to the mix has been a welcome surprise to many, and we cannot wait to see where this could go next.

4. Jesy Nelson says she “can’t believe how miserable I was” when asked about her Little Mix days.

Jesy Nelson has opened up about why she left Little Mix in late 2020, and it turns out there was a whole lot going on behind the scenes we were missing.

"When I got in the band, my confidence was zero," she said to Cosmopolitan earlier this month, explaining that she felt "bigger than the other [band members]".

"The last music video we did ['Sweet Melody'] was the breaking point. We’d been in lockdown, and... it was the happiest I’d ever felt, and I didn’t realise that until I went back to work.

"...I’d put on a bit of weight but I didn’t care. And [then] they said, 'You’ve got a music video in a couple of weeks,' and I just panicked. I went on this extreme diet, with bloody shakes, and tried to eat as little as possible.

"On the day of the 'Sweet Melody' video I had a panic attack on set because I didn’t look how I wanted to look and I found it so hard to just be happy and enjoy myself. I looked at the other three and they were having the time of their life," the 29-year-old explained.

"There’s a scene in 'Sweet Melody' I’m not in, because that’s when I had a panic attack and broke down... I was sobbing in the dressing room [and] someone really close to me said, 'This has got to stop. You can’t keep doing this to yourself. You’re going to end up where you were before.'

"For me, that was the pinnacle point. I was like, 'I need to start taking care of myself now, because this isn’t healthy.' It wasn’t nice for the other three to be around someone who didn’t want to be there.

"When I look back [at my time] in the band, I genuinely wasn’t me. I can’t believe how miserable I was."

Warning: The following deals with suicide and may be triggering for some readers.

'Harry' is precisely who the British royal has always wanted to be. Not Prince Harry. Not His Royal Highness. Just Harry.

Having stepped back from his role as a senior working royal in early 2020, the 36-year-old is relishing his new independent identity, using his freedom from the Palace to speak publicly about mental health. 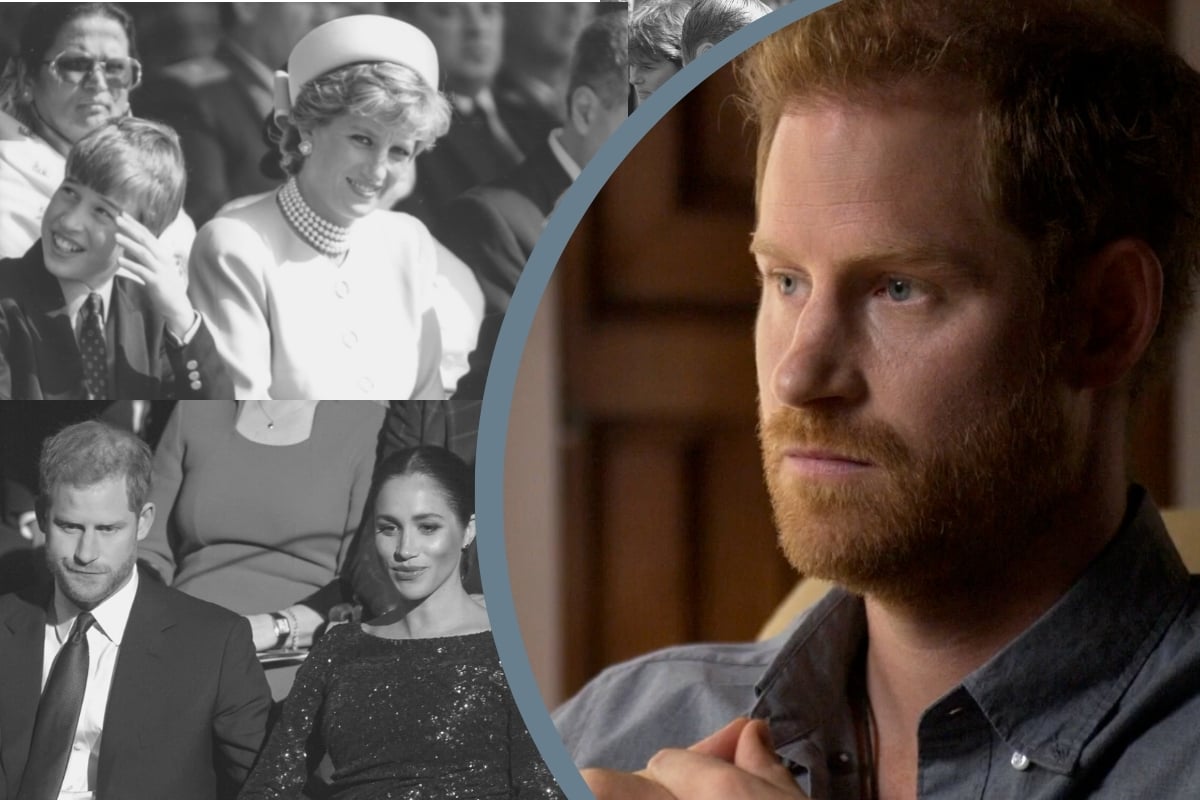 Through various interviews, we've had an unprecedented glimpse into his struggles, his trauma, and that of his wife, Meghan, Duchess of Sussex, with whom he now lives in California with their young son, Archie. (They are expecting a second child, due some time in winter.)

There was the couple's tell-all interview with Oprah back in March, Harry's recent episode of the Armchair Expert podcast, and now this: a five-part series produced by Harry and Oprah featuring discussions about mental health and emotional wellbeing, which features everyone from Lady Gaga to a Syrian refugee.

Harry's story runs throughout and treads similar ground to his previous interviews. But there are some never-before-public insights into the man once at the core of a famously private institution.

Here are some of the key moments of his appearance.

Much of Harry's portion of the series delves into the trauma caused by the death of his mother, Princess Diana, in 1997, when Harry was just 12 years old.

Reflecting on his memories of Diana, Harry told Oprah Winfrey that the same one comes to mind over and over.

"Strapped in the car, seatbelt across, with my brother in the car as well, and my mother being chased by three, four, five mopeds with paparazzi on. She was always unable to drive because of the tears. There was no protection," he said.

"One of the feelings that comes up with me always is the helplessness. Being too young, being a guy but being too young to help a woman, in this case, your mother. And that happened every single day."