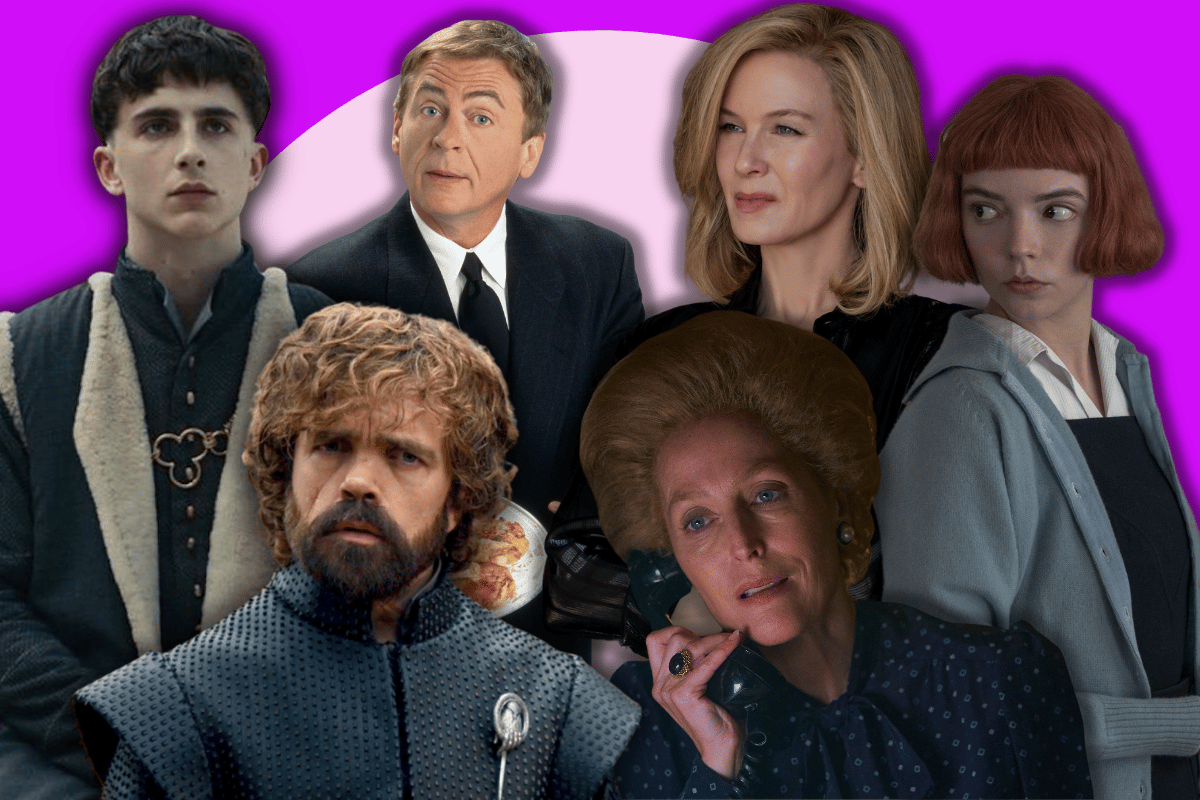 There's not much better than a good ol' English accent.

Hollywood, believe it or not, is full of them. In fact, so many actors have mastered the accent so well, they've been able to fool fans ...and us.

Watch:10 ads starring actors well before they were famous. Post continues after video.

So without further ado, here are all the actors you assumed were English.... but aren't. 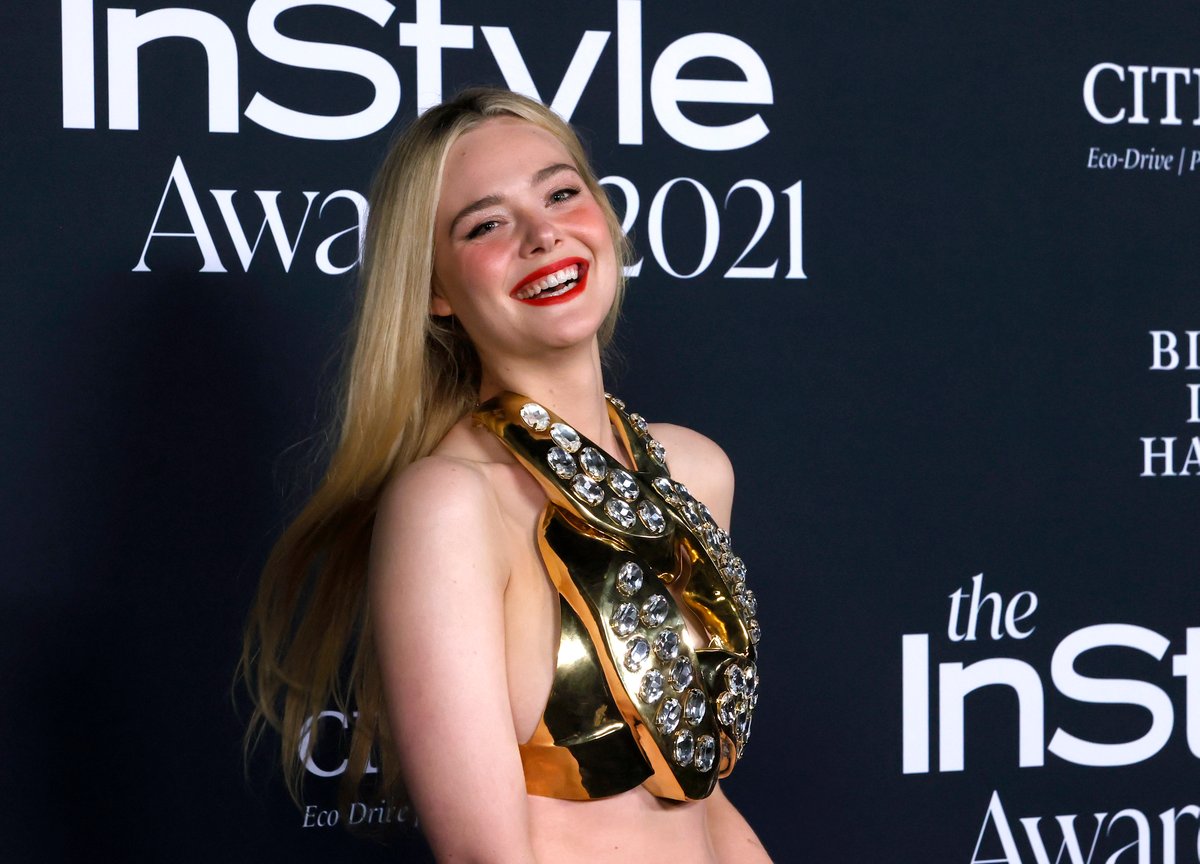 The familiar English cadence many may have familiarised with Elle Fanning on The Great is surprisingly not her actual accent. The actor, who is from the United States, has opened up about tackling the role of 'Catherine The Great'.

"I love being terrified by a role,” she explained to ELLE in 2020. "If it's a challenge or I feel a pressure, it's probably the right choice." 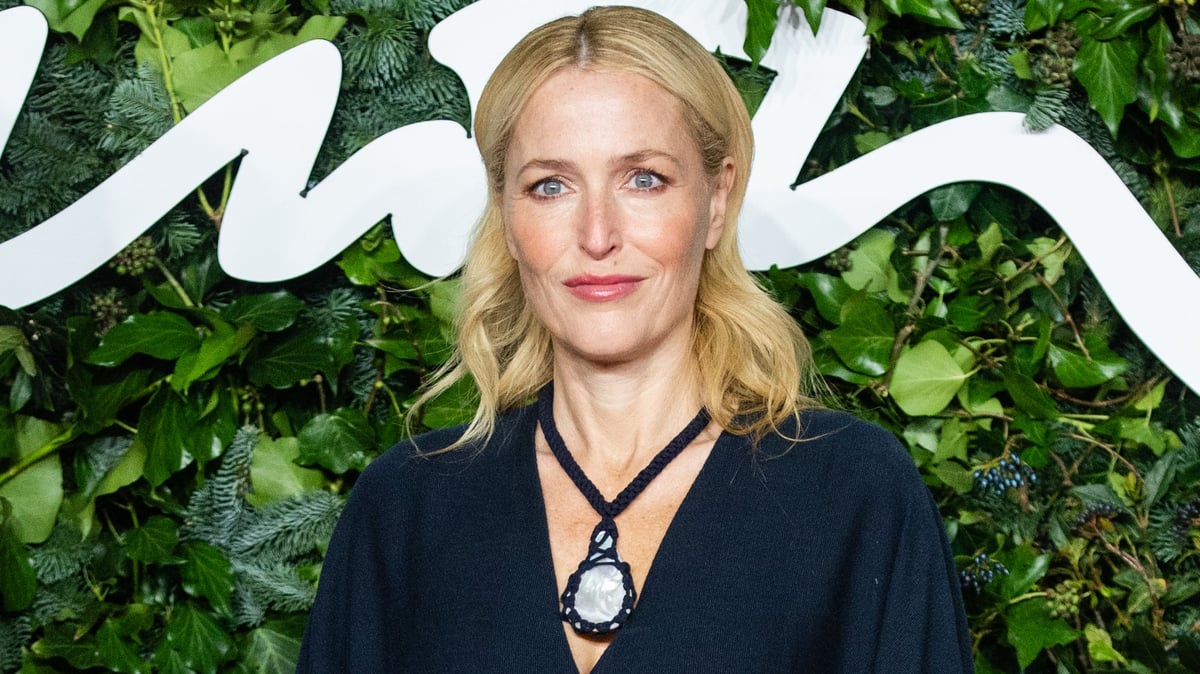 Anderson gained critical acclaim this year after scoring herself an Emmy Award for her role as 'Margaret Thatcher' on The Crown. Despite popular belief - and the fact the actor has really only played in British roles - she actually explained why she sometimes sounds so bloody English, despite being born in the U.S. state of Chicago.

"It goes back and forth because I grew up in both places, so it depends on who I'm talking to," she said, as reported by The Independent. "So usually when I'm talking to Brits, it slides into British, and vice versa for American."

Why is Gillian Anderson not British

The actor has also admitted she "literally can’t help" it when she switches between a British and American accent, so that explains that. 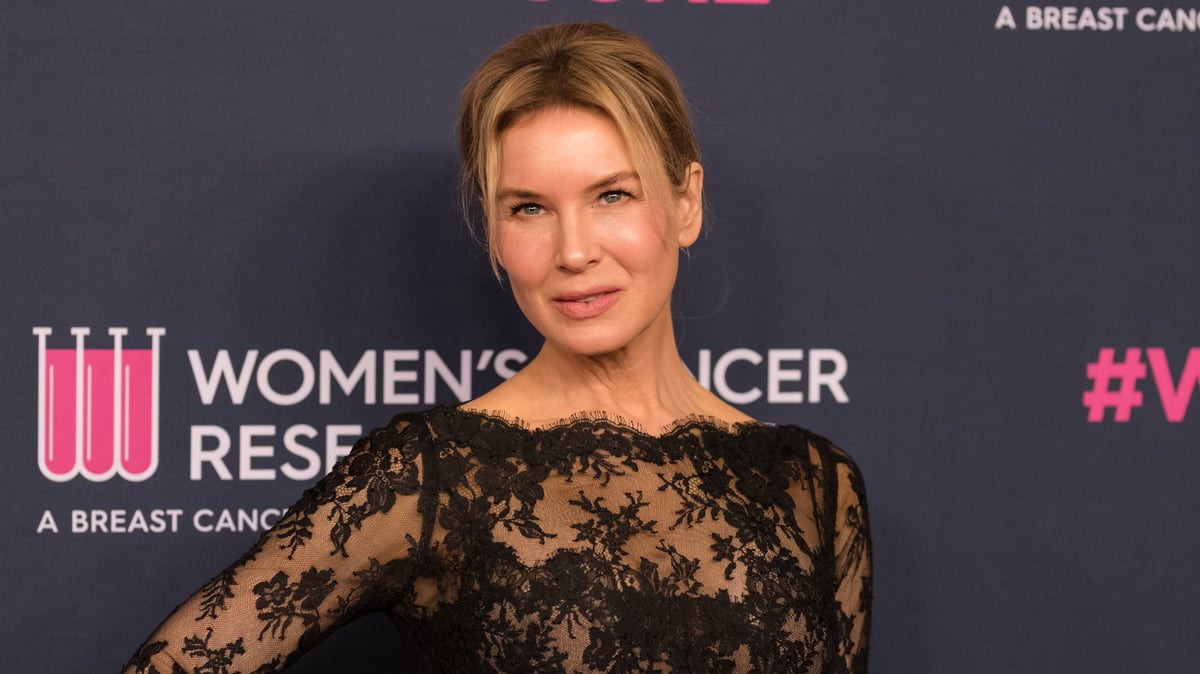 Renee Zellweger has won been nominated for a number of awards over the years, including an Academy Award for best leading actress, a BAFTA nomination for best performance and even a Screen Actors Guild Award nomination - and it was all for her role in Bridget Jones Diary.

Interestingly enough, the actor is actually from Texas, but admits to having a pretty unique ability to sound like a lot of dialects all at once.

"I very much feel my Texan roots, but there's no denying that I'm a child of European people," she said in an interview with The Guardian.

Love Actually star Hugh Grant explained in the BBC documentary Being Bridget Jones, that there were many raised eyebrows over the choice to cast Zellweger for an English role.

"There was a whole scandal about why isn’t this a British actress?" he said, adding: "I didn’t know Renée Zellweger, and a Texan playing a British character, it did seem like a stretch."

He continued: "She was told to kind of, well she thought she better loosen it up a bit." He added that less than a week later, her English twang ended up being "bang on". 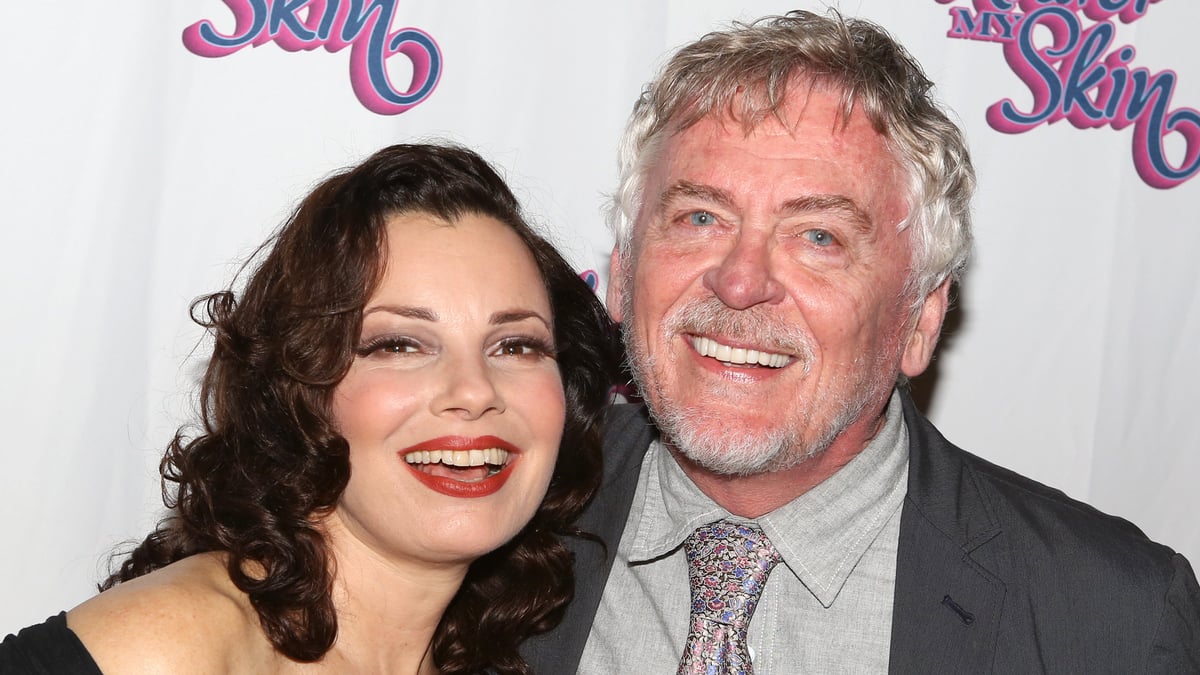 Many will recognise Daniel Davis from his iconic role as the snooty butler, Niles, on the hit comedy series The Nanny.

Despite his unbelievably stellar English accent, the actor does not actually come from the UK at all, and was actually born in Gurdon, Arkansas, United States. 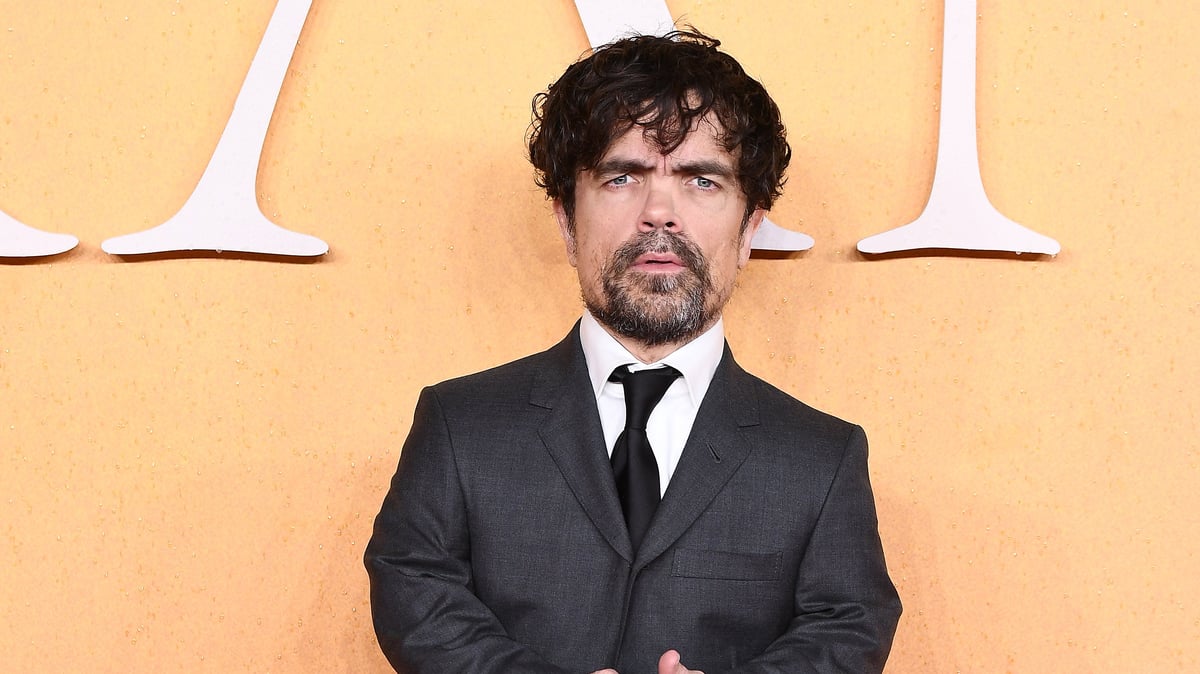 If you're surprised to learn Peter Dinklage does not in fact hail from Britain, you wouldn't be alone.

His accent on Game of Thrones, where he played the character of Tyrion Lannister, was enough to convince even a born and bred Brit that he was indeed English.

However, the actor is American and even sports a particularly quaint New Jersey accent. 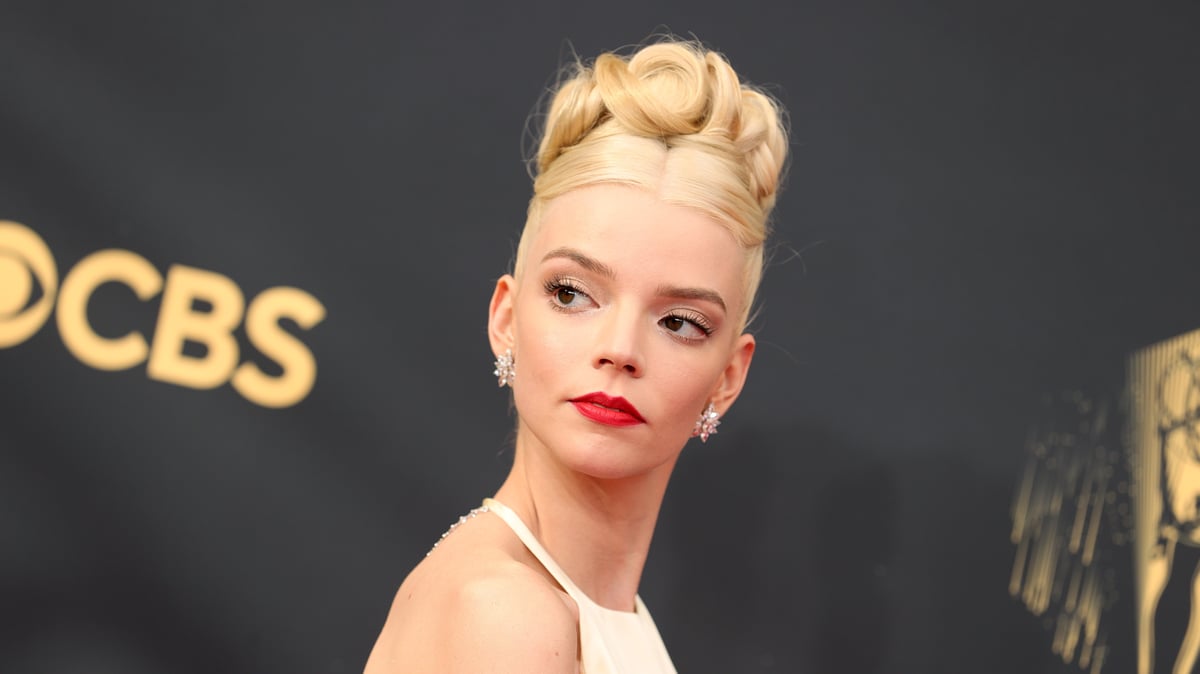 Anya Taylor-Joy became an unstoppable force after starring in Netflix's The Queens Gambit, where she played a Kentucky orphan who goes on to become the best chess player in the world.

Her deceptive American accent didn't charm viewers across the globe though, considering she starred in a number of Britain-based TV shows and movies including Emma, The Witch and The Miniaturist.

Whether she is British or American has been a contentious topic in the Twitter-verse, but in actuality the actor was born in Miami in the United States, and grew up between Buenos Aires and London. So it's fair to say her real accent is a bit of a melting pot.

anya taylor-joy says she has an american and british passport, she has argentine residency and she'd like to live in argentina again pic.twitter.com/MGQlTXVpsg 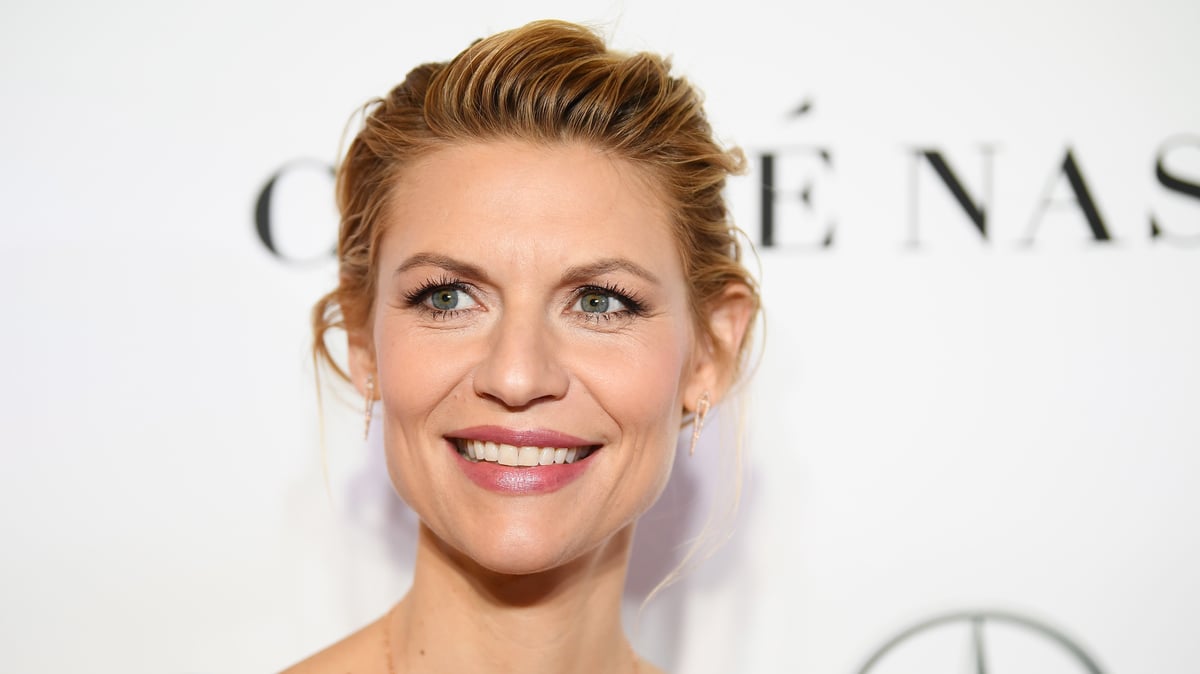 Danes is best known for her serious roles in the films Evening, The Hours, and Romeo and Juliet, and was born and raised in New York despite her hefty roles that often demand a true English accent.

The actress has admitted to having a dialect coach close to her while working on the set of the 2007 film Stardust as she didn't "trust [her] ear".

"I like working with accents," she told Hollywood.com. "They’re like a shoehorn into the character. It’s a technical skill that can distract me from the pressure of having to actually create something genuine."

She continued: "My dialect coach suggested that I watch a lot of British television comedies, and I did and became kind of obsessed with them, because they’re great." 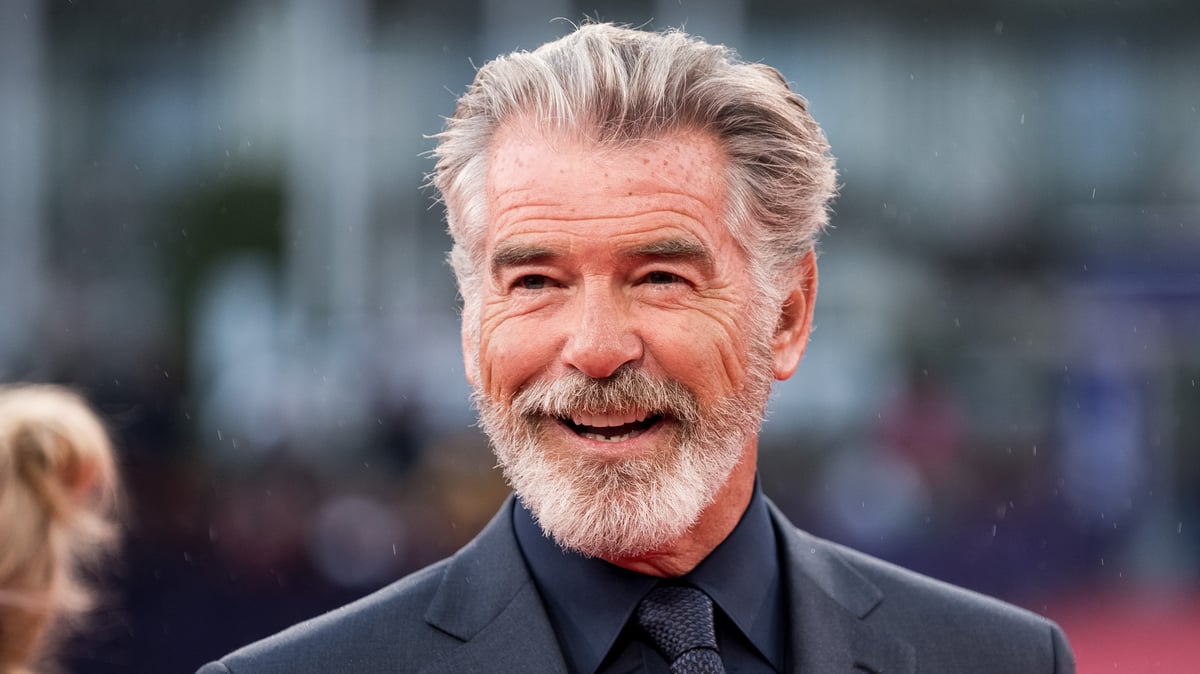 Believe it or not, the remarkable actor is not actually English.. He's from Ireland.

It's okay if you're left feeling a little confused though, considering Brosnan moved to London when he was just 11-years-old, and has even been hailed a "British icon", according to Stephen Colbert.

"I grew up on the banks of the River Boyne in County Meath... I left Ireland in 1964 as a country boy trying to fit in to a different community and society in South London," he explained on The Stephen Colbert Show.

"I suppose it ended up being one of my best performances." 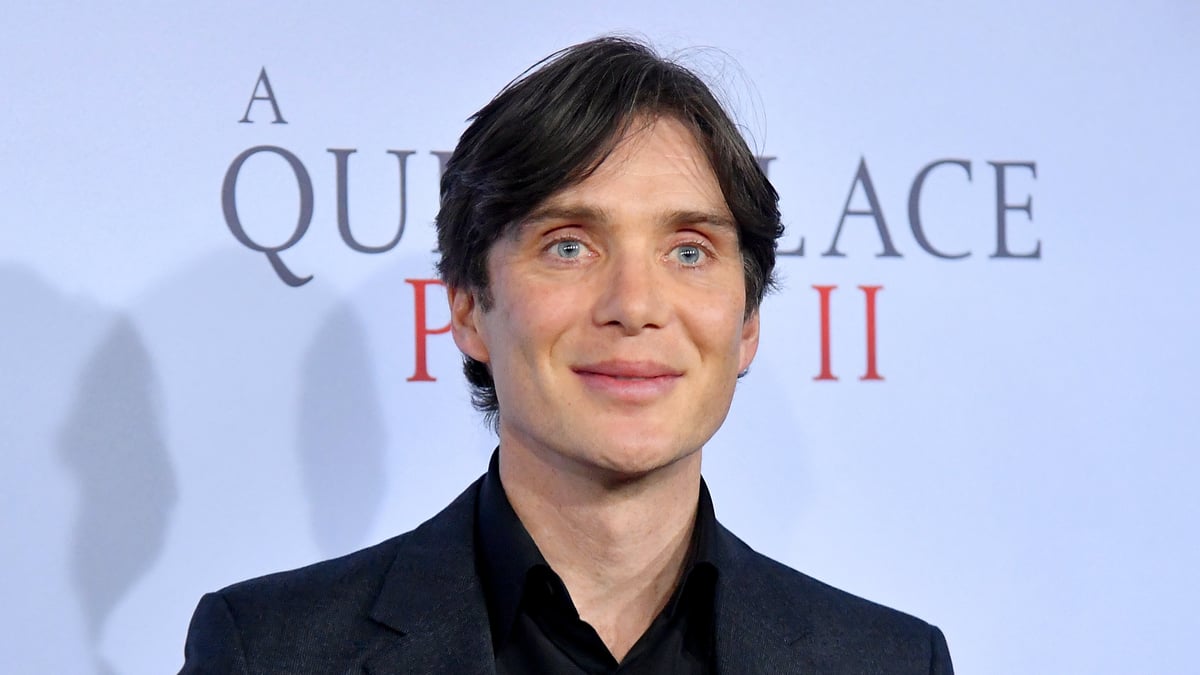 The Peaky Blinders' actor gained notoriety for playing the Birmingham gang leader Thomas Shelby, and most notably for his distinct Brummie accent.

In truth, Murphy hails from Cork, Ireland. In the past, he has mentioned how difficult it is for other actors to nail a true Irish accent.

"Irish, man, it is the hardest," he explained, as reported by Ireland Calling. "I think it is one of the hardest ones to do, it really is. I don’t know why that is. Maybe because it is so variable, and because, maybe, because again, historically in America, there seems to be a version of the Irish accent that seems to have been accepted, that isn’t accurate." 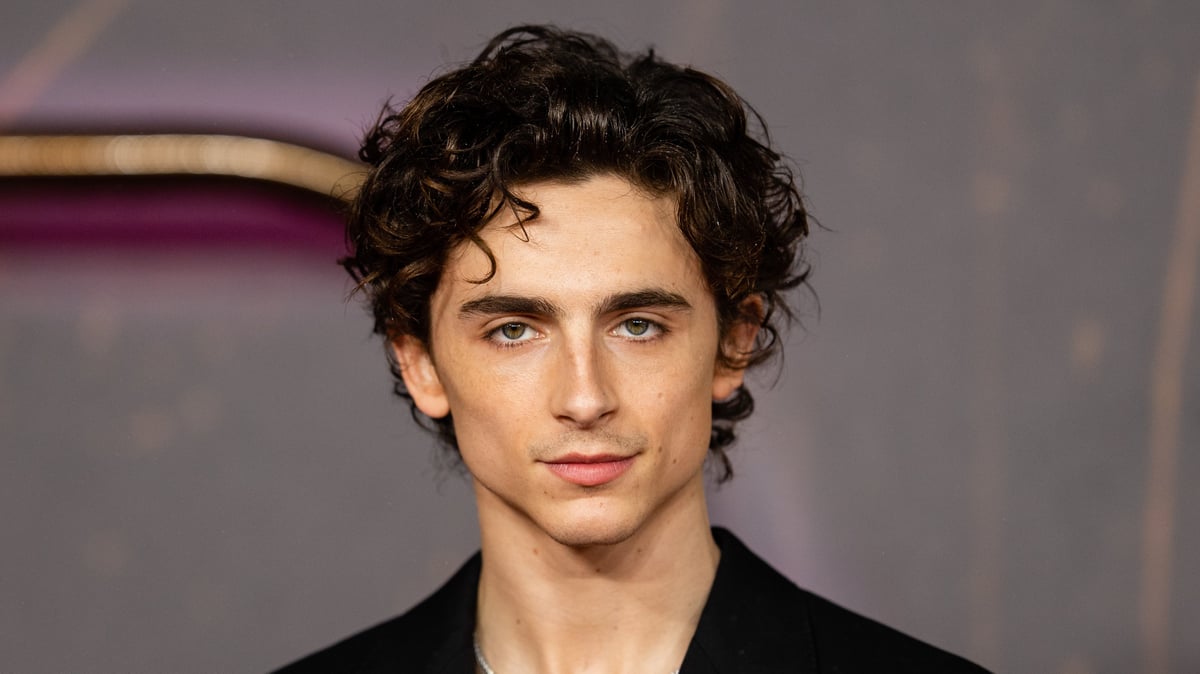 While many may think The King actor is indeed from England considering his seriously impressive accent in the Netflix feature film, Chalamet is actually from New York.

But, plot twist: He is also French as well and has dual French citizenship. 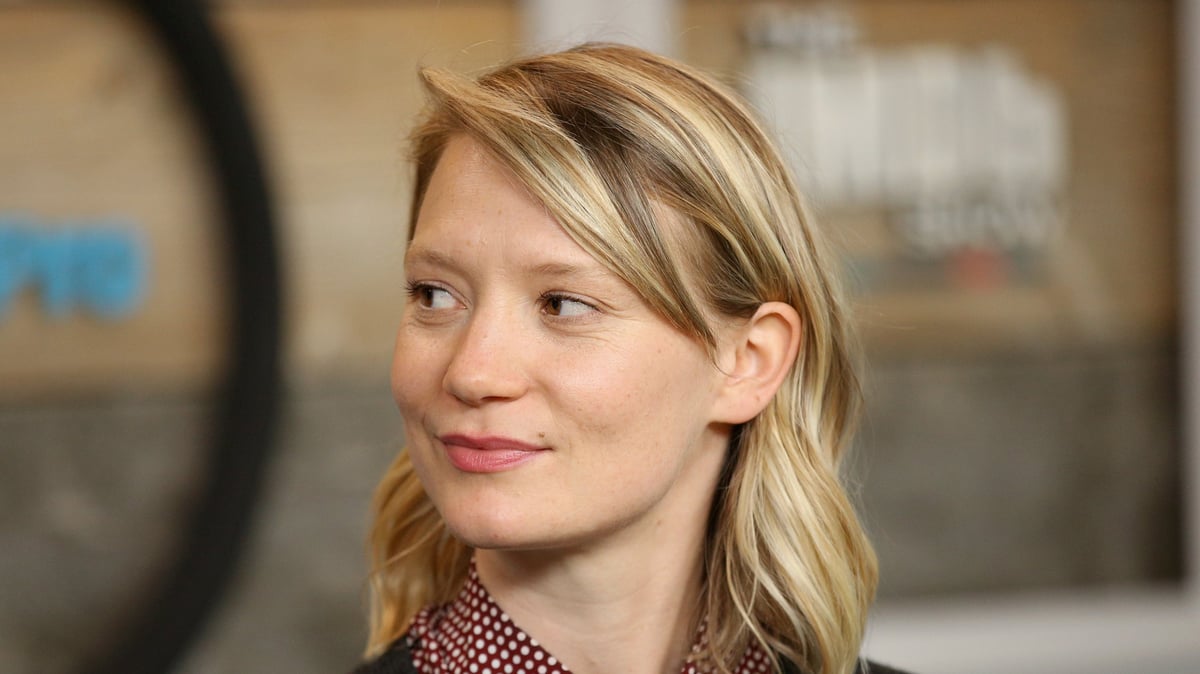 Many may be seriously confused over Wasikowska's true upbringing after hearing her nail the English accent in the film Jane Eyre and 2010's Alice In Wonderland.

The actress, who came on the scene in 2004, is from Melbourne Australia and truly has a distinct accent any true Aussie would be able to recognise - when she's not acting, that is. 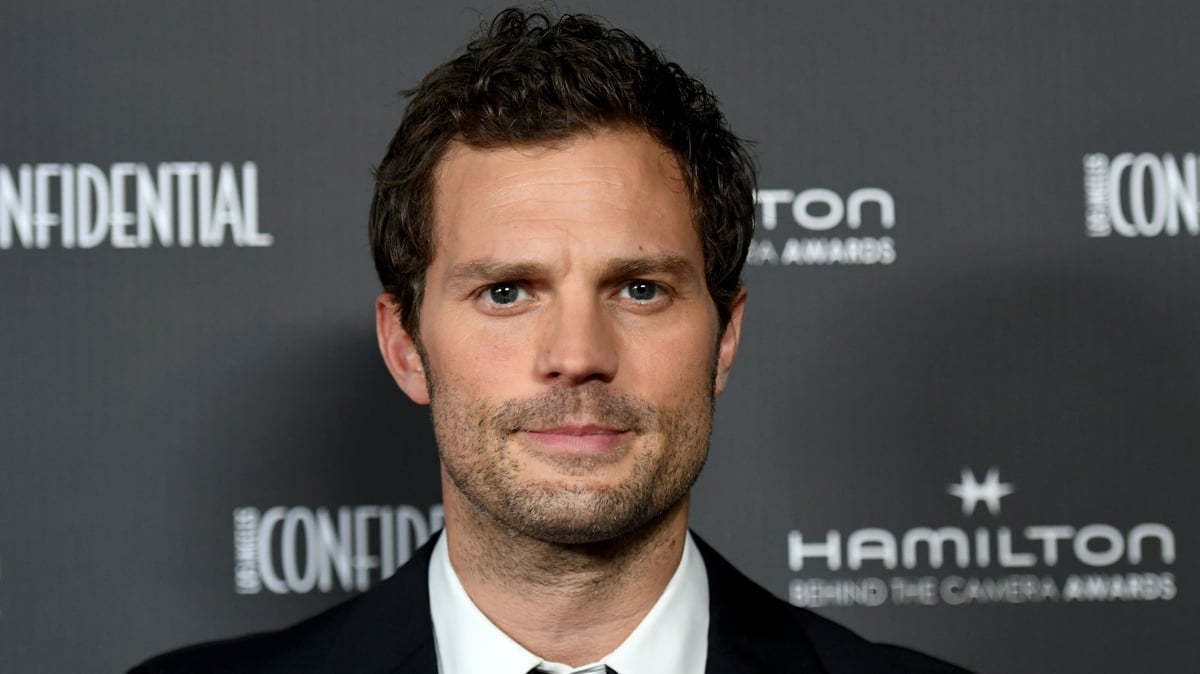 If you'd walk past Jamie Dornan on the street, you may confuse his accent for an English one.

However, the 50 Shades of Grey actor is from Belfast, Ireland, and actually has a deceptively intense Irish dialect.

He, however, was not concerned about the feedback from his fellow Irishmen, telling the Graham Norton Show it was typical Irish humour.

"I thought the reaction was funny,” Dornan said. "I’m from Ireland and our currency is taking the piss, so it’s rare to put something out there and not have the piss taken. I’m all for it."