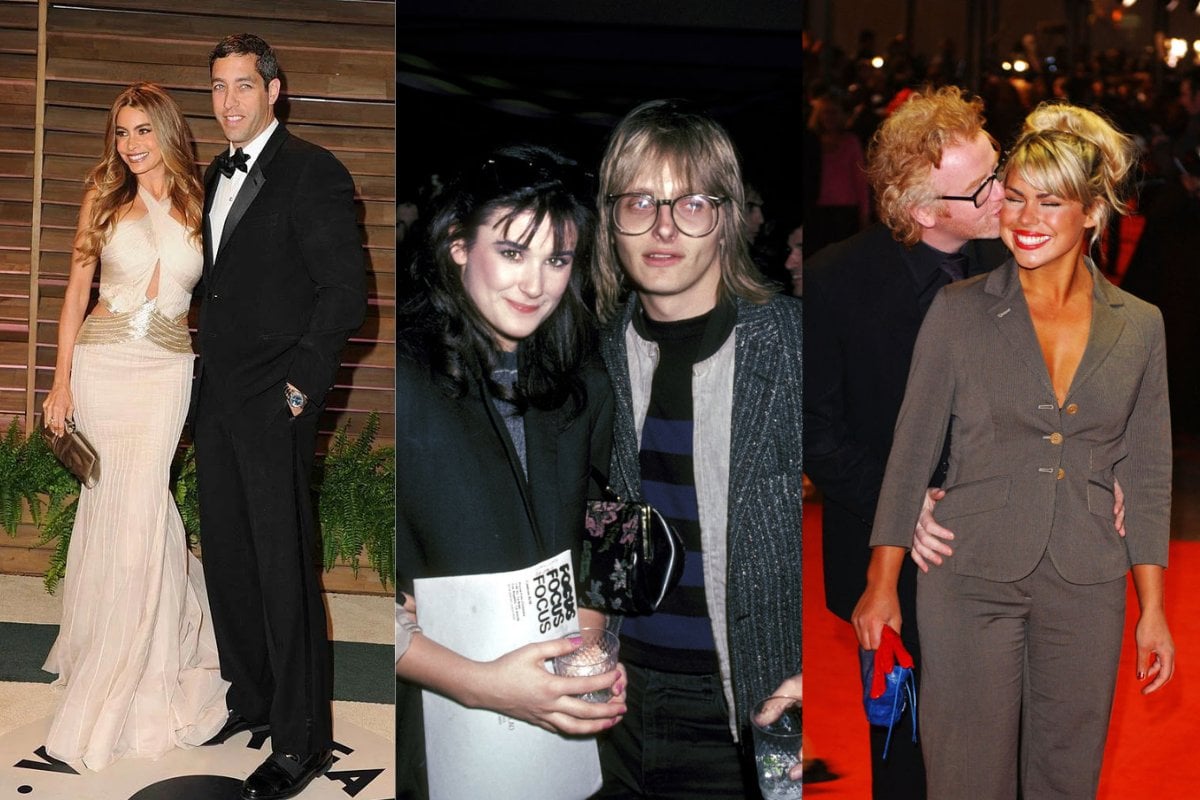 Some celebrities have done it all by the time they’re in their late teens – starred in hit movies, made a fortune and blown it, gone into rehab, etc – and the only thing left to tick off is get married.

Other celebs are still living normal lives in their late teens and they marry normal people before realising that a much more exciting destiny awaits them.

Side note: Check out the most iconic celebrity pregnancy reveals. Post continues below.

Jovovich shot her first magazine cover when she was 11.

Five years later, she starred in the movie Dazed And Confused, and fell for Andrews, who was one of her co-stars.

They got hitched in Las Vegas.

“Basically it was to prove a point to my mum,” she told the Daily Mail. “I’d been working since I was nine, but I didn’t have a bank card.”

Her mum got the marriage annulled after two months. Jovovich went on to marry French director Luc Besson and then English director Paul W.S. Anderson. 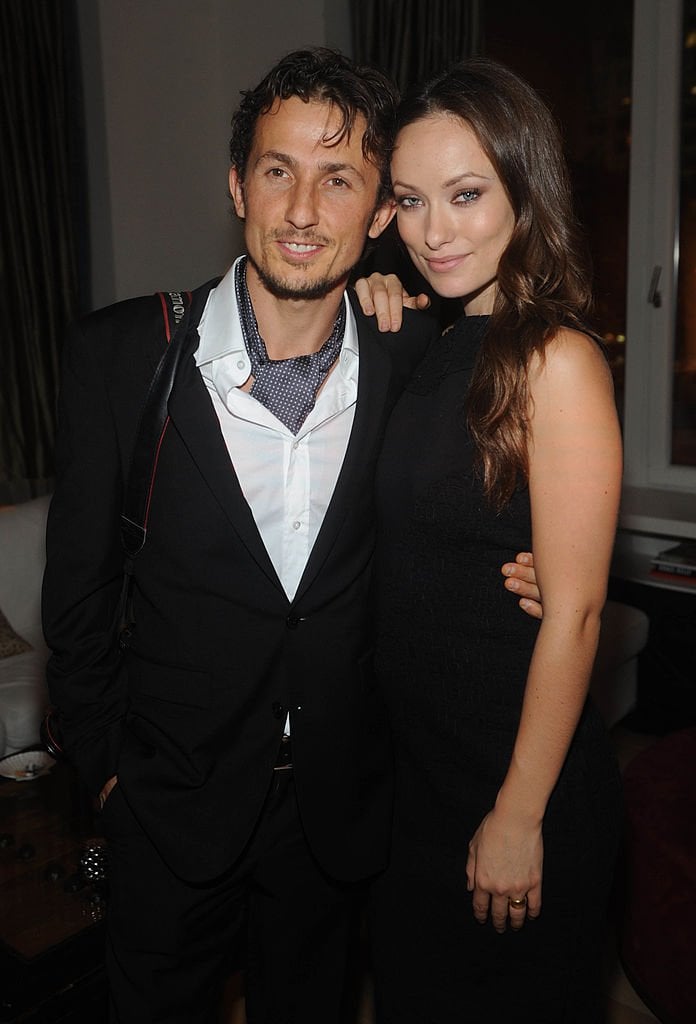 Wilde was about to star in her first TV series, Skin, when she married Italian filmmaker and prince Ruspoli (yep, his family own a castle) on the school bus where he lived.

The only other people at the wedding were the two witnesses.

“My dad did have a minor heart attack, and it was hard to imagine settling down at the time," she told Women’s Health. “But there was this wave of romantic excitement and an overwhelming sense that we were supposed to be family.” 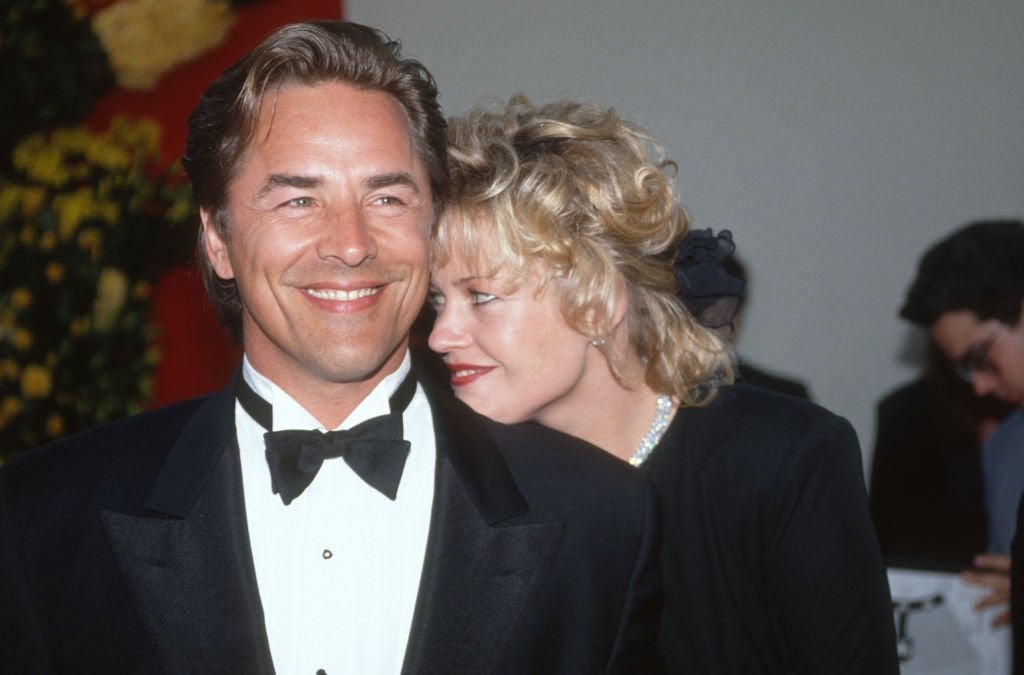 Griffith was just 14 when she met Johnson, who was co-starring with her mother, Tippi Hedren, in the movie The Harrad Experiment, in which she was an extra.

"I thought he was the most beautiful person I'd ever seen," Griffith told The Hollywood Reporter recently.

They tied the knot in 1976, but it didn’t last the year. Griffith married another actor, Steven Bauer, but then remarried Johnson (and had his daughter, actress Dakota) before divorcing once more and marrying Antonio Banderas. 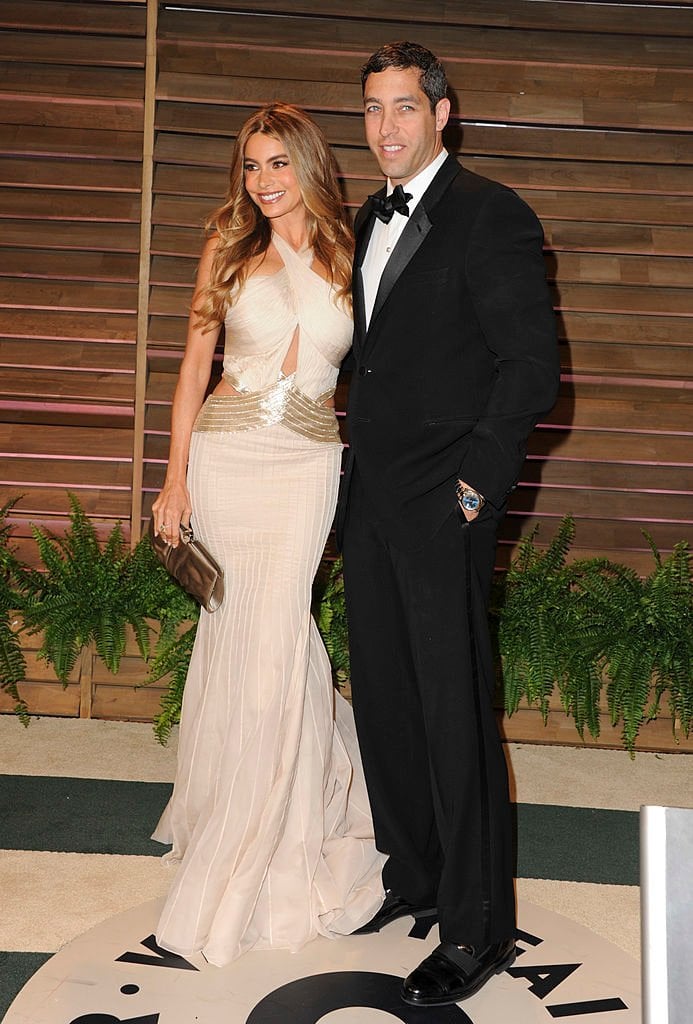 Vergara married her high school sweetheart in Colombia in 1991 and gave birth to her son Manolo the same year.

As Vergara’s modelling career took off, the marriage crumbled.

She ended up in the States, starring in Modern Family, and landed herself a new husband, Magic Mike’s Joe Manganiello. But she’s stayed on good terms with her teen love.

"We're still close friends," Vergara told Parade. "When Jose comes to the United States, he stays with me." 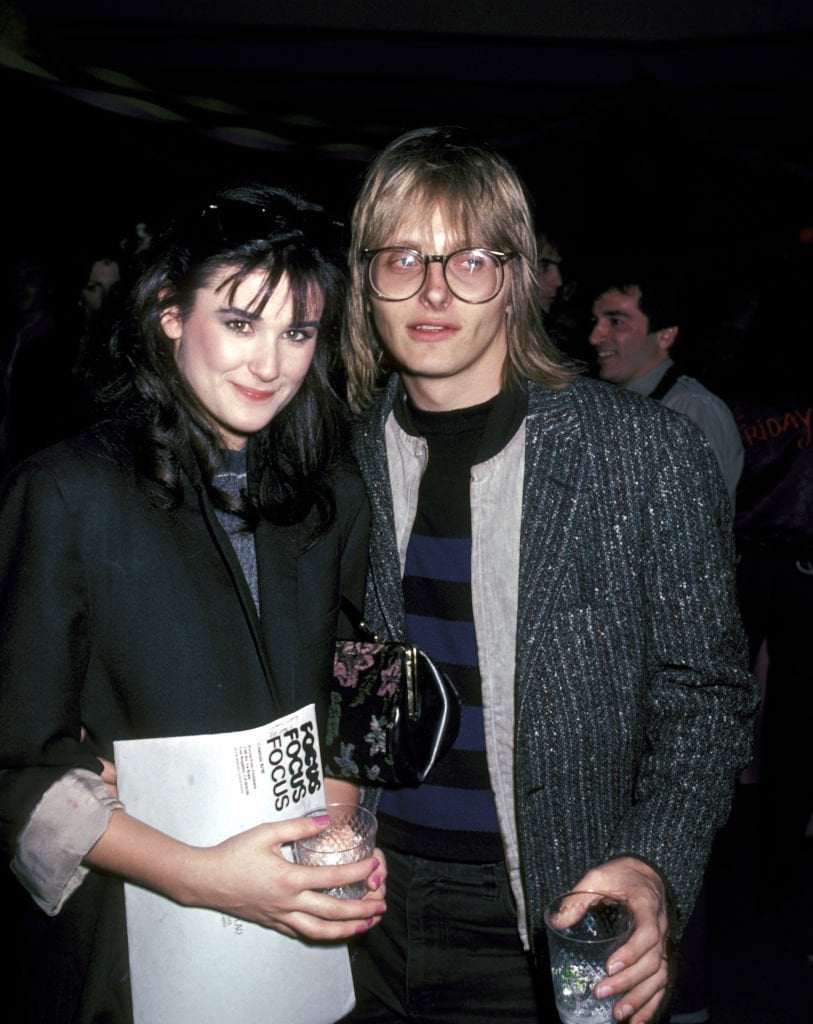 The actress’s marriage to a musician more than 10 years her senior didn’t last long, but she must have liked his name, because she kept it for the rest of her career.

Moore admits in her autobiography, Inside Out, that she cheated on her future husband the night before her wedding.

“Because I couldn’t face the fact that I was getting married to distract myself from grieving the death of my father,” she added.

Kardashian was apparently high at the time of her Vegas wedding to music producer Thomas.

"I got married on ecstasy," she revealed on Keeping Up With The Kardashians.

The marriage to Thomas lasted longer than her next marriage, to basketballer Kris Humphries, which saw the reality star filing for divorce after 72 days. By 2014 she was with husband number three, Kanye West. 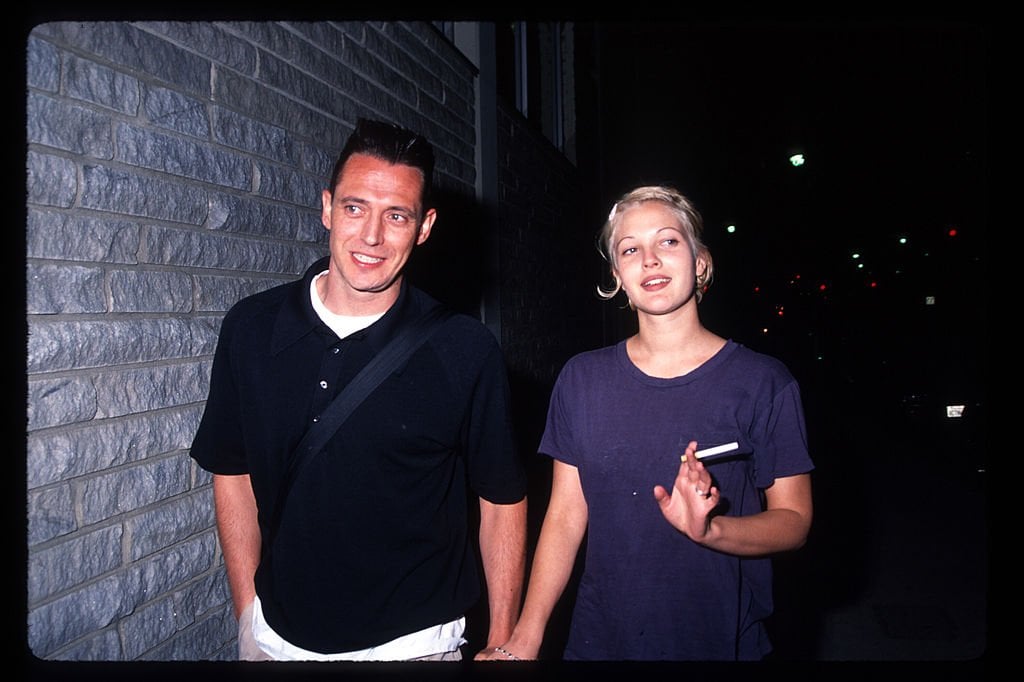 Former child star Barrymore had already been through several stints in rehab when she hooked up with UK-born Thomas at the Los Angeles bar he owned.

They’d been dating for six weeks when, after a big night of partying, they impulsively got hitched on the roof of the bar.

According to Radar Online, the bride wore a borrowed white dress and combat boots, and a pitbull was the maid of honour.

Barrymore filed for divorce after 19 days. She went on to marry comedian Tom Green and then art consultant Will Kopelman, who is the father of her two daughters. 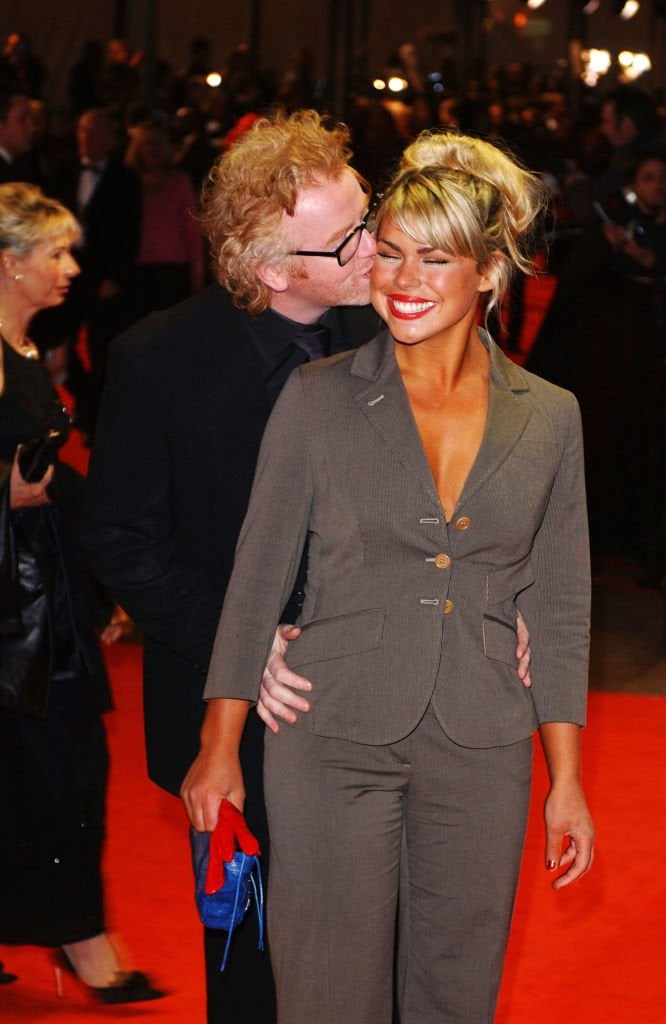 Piper was a teen pop star when she married TV presenter Evans in Las Vegas after dating him for six months. The age gap created controversy in the UK, but Piper recently said on David Tennant Does A Podcast With... that they had a “really amazing” time together.

"I went and got completely hammered for three years with Chris Evans," she told Tennant. "So much fun – just living very hard.”

They were so young when they said their vows in a small church wedding that they had to present a statement of parental consent for a marriage licence.

Two years later, they announced they were temporarily separating, but remained “best of friends”.

It wasn’t until this year, at the age of 40, that Culkin had his first child, son Dakota, with another former child star, Brenda Song.

Not only did Goldberg (born Caryn Johnson) get married at age 18 to her former drug counsellor, she also gave birth to their daughter, Alexandrea Martin, that same year. The comedian and host of The View has also been hitched to cinematographer David Claessen and actor Lyle Trachtenberg, but doesn’t plan to do it again.

“I tried marriage, and it wasn’t for me,” she told The New York Times Magazine. “You can’t be in a marriage because everybody’s expecting you to.”

At the age of 13, Rimes was a country music superstar. At 17, she fell in love with backup dancer Dean Sheremet after he appeared on stage with her at an awards ceremony.

“This is the guy I want to marry," she told herself after their first date, according to InStyle magazine.

Rimes was still married to Sheremet when she fell for Eddie Cibrian (then married to Brandi Glanville) while starring opposite him in the tele movie Northern Lights. Rimes and Cibrian later tied the knot.

The future sex symbol was a 16-year-old high school student when director Derek, then married to actress Linda Evans, cast her in his film Fantasies.

They began an affair, living in Europe so John Derek wouldn’t be prosecuted for statutory rape, before moving back to the US to get married. Bo Derek told Interview magazine that she wasn’t “a puppet”.

“He admired strong women, always did, so even though I was younger, the relationship wasn’t so one-sided as everyone probably thought.”

They were still married when John Derek died in 1998. Last year, Bo Derek got married again – this time, to a younger man, Sex And The City’s John Corbett.

When the unbearably catchy “MMMBop” became a hit for the band Hanson in 1997, middle brother Taylor Hanson was 14. He met Bryant three years later and they tied the knot in a small, private ceremony.

"Our wedding was exactly how we envisioned it – romantic and intimate, and surrounded by our family and friends," he said at the time.

The couple welcomed their seventh child in December last year and are still together.