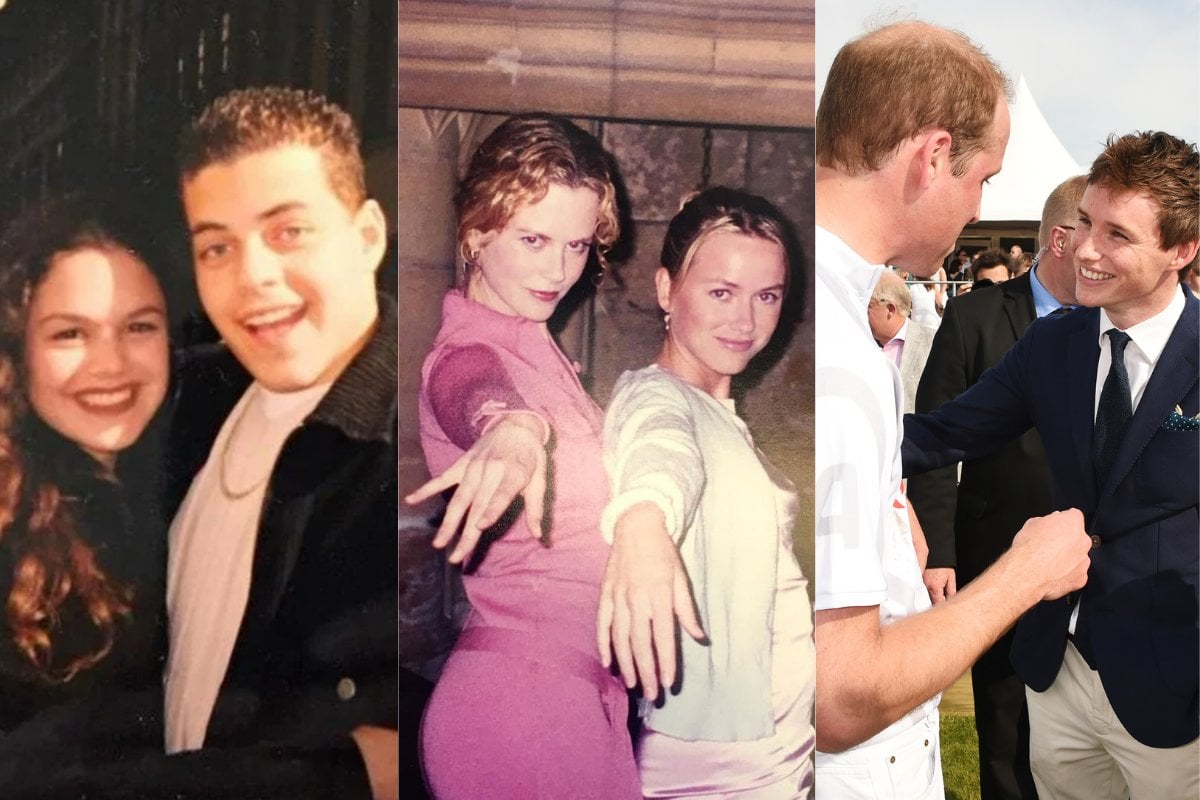 School was an awkward time for... well, most of us.

That's something that Rachel Bilson and Rami Malek know all too well.

In a now-infamous photo shared to Bilson's Instagram back in 2019, the OC star tagged her high school friend, Malek, in a throwback picture from a school trip.

But he wasn't impressed, as Bilson explained on the Armchair Expert podcast this week. Cue a collective cringe from the entire world. 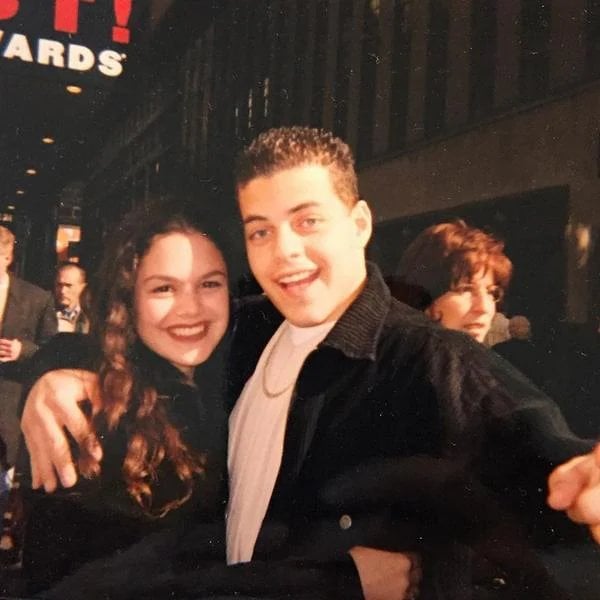 This awkward encounter got us thinking - how many celebs knew each other at high school, before fame?

So we put our investigator hats on and scanned some old yearbooks to find 22 other famous people that went to school together.

Prepare to be shook.

But first, have a listen to Mamamia's daily entertainment podcast, The Spill. Post continues below.

British singers Jessie J and Adele go way back, attending the BRIT performing arts school in London, where they were so close they even sat at the same lunch table.

“We had no idea what would happen I guess,” Jessie said on The Real.

“When you’re at college you’re just trying to get your grades but we used to sing at lunchtime together, which was really surreal thinking about it now.” 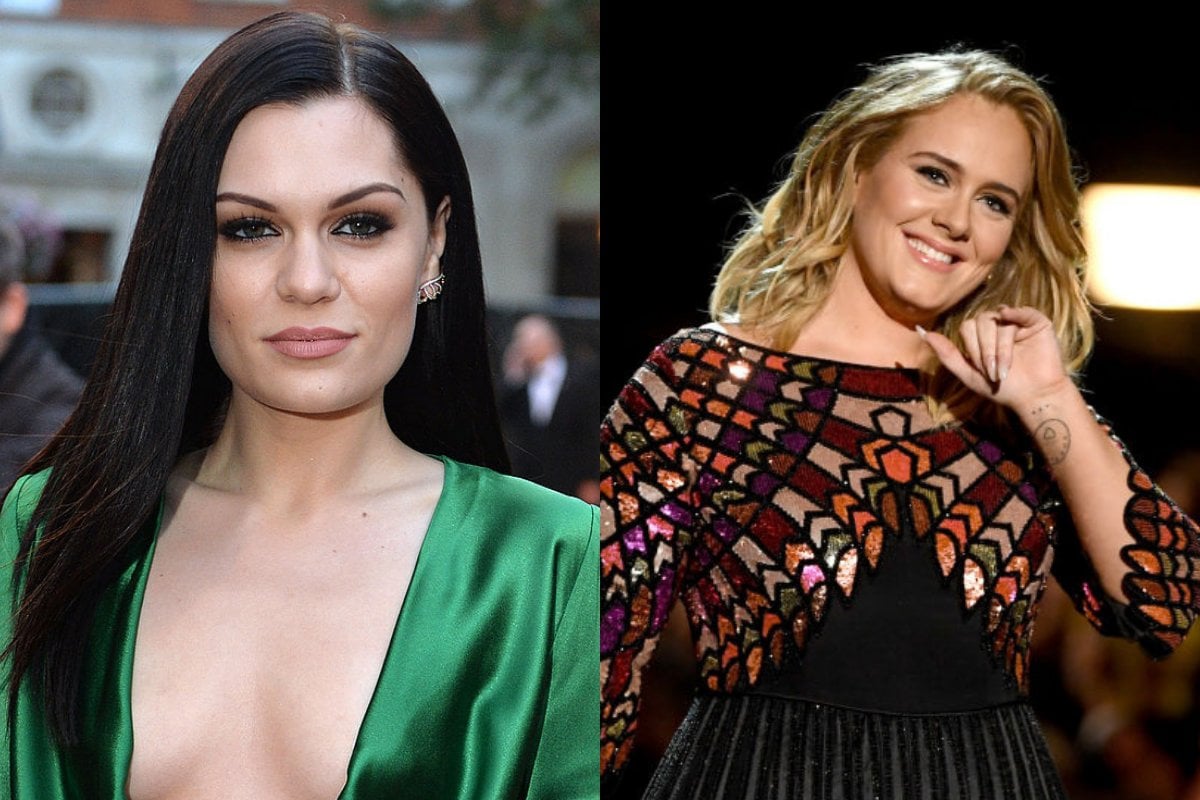 Snoop Dogg and Cameron Diaz went to high school together at Long Beach Polytechnic School in California, and Snoop Dogg just may have sold Cam marijuana..?

"We went to high school together," Diaz told Us Weekly.

"He was a year older than me…. I remember him, he was very tall and skinny. He wore lots of ponytails.

"I'm pretty sure I bought weed from him." 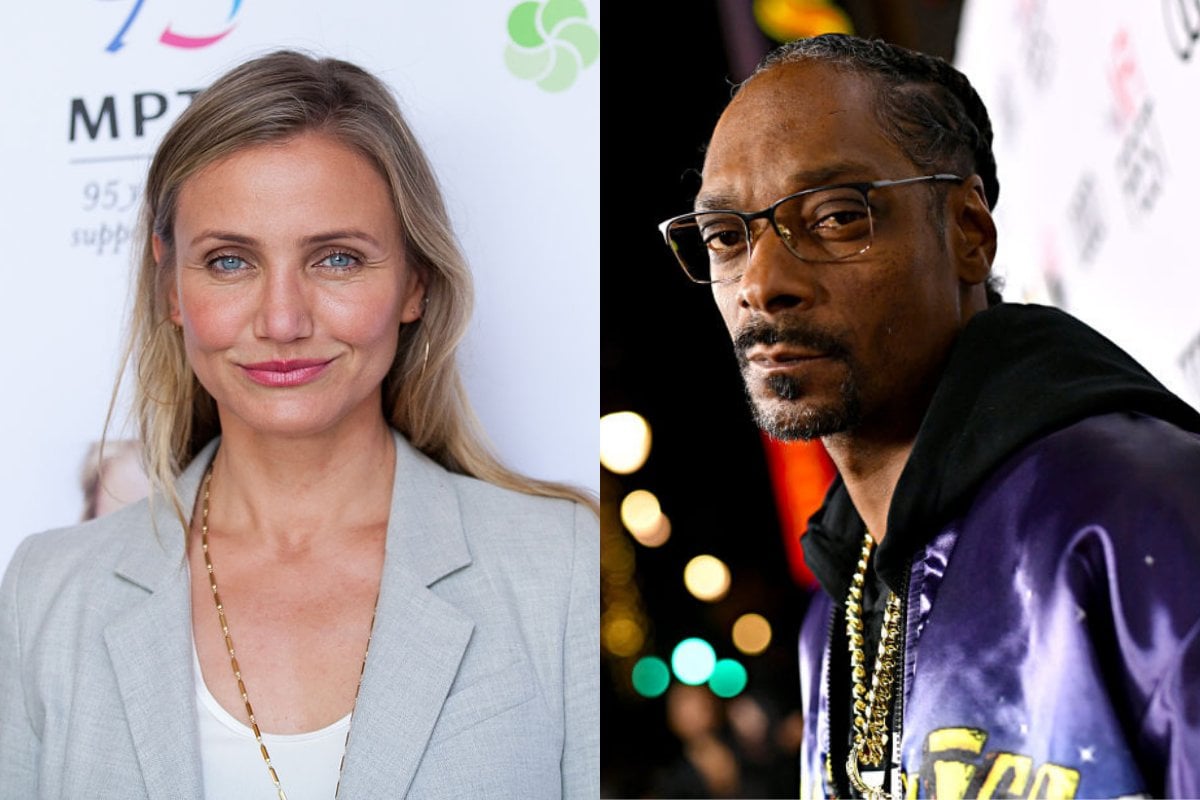 It turns out Matthew Perry didn't only go to school with Justin Trudeau, but he also beat him up in fifth grade.

“My friend Chris Murray, who was also in the fifth grade in Canada, reminded me that we actually beat up Justin Trudeau,” Matthew Perry said on Jimmy Kimmel Live.

“We both beat him up. I think he was excelling in a sport that we weren’t so it was pure jealousy.”

Trudeau has since asked for a rematch, and we're honestly living for this Canadian combo.

I've been giving it some thought, and you know what, who hasn't wanted to punch Chandler? How about a rematch @MatthewPerry? 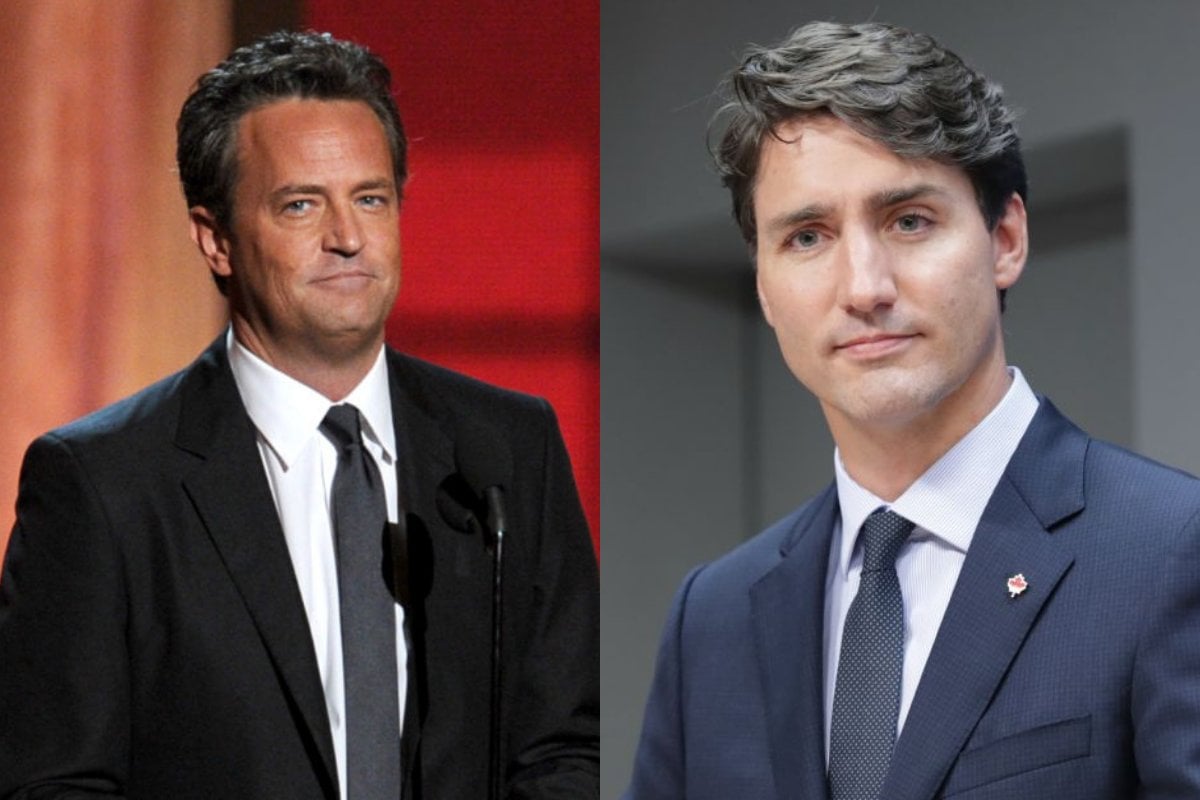 Ben Affleck and Matt Damon have long been close friends, living down the road from each other in their childhood and attending Cambridge Rindge and Latin high school together.

"... Before Matt, I was by myself. Acting was a solo activity where I'd just go off and do something, act in a little TV show or something, and no one understood it. None of the other kids knew what it was I did, how it worked, or anything," Affleck told Parade.

"All of a sudden, I had this friend, Matt, and he gets it and wants to do it and thinks it's interesting and wants to talk about it. Soon both of us are doing it." 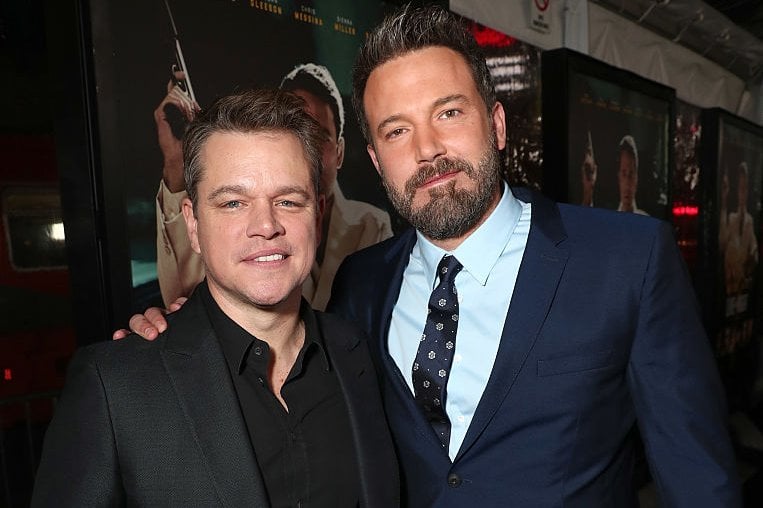 Nicole Kidman and Naomi Watts met when they were teens, and both attended North Sydney Girls High School. They later studied together at the Phillip Street Theatre in Sydney, and have been friends ever since.

"We've gone through a lot together over a significant amount of time. That history binds you," she said to People in 2017.

"We have a strong respect and love for one another. If you hang out with us, you'll have fun. I'll promise you that." 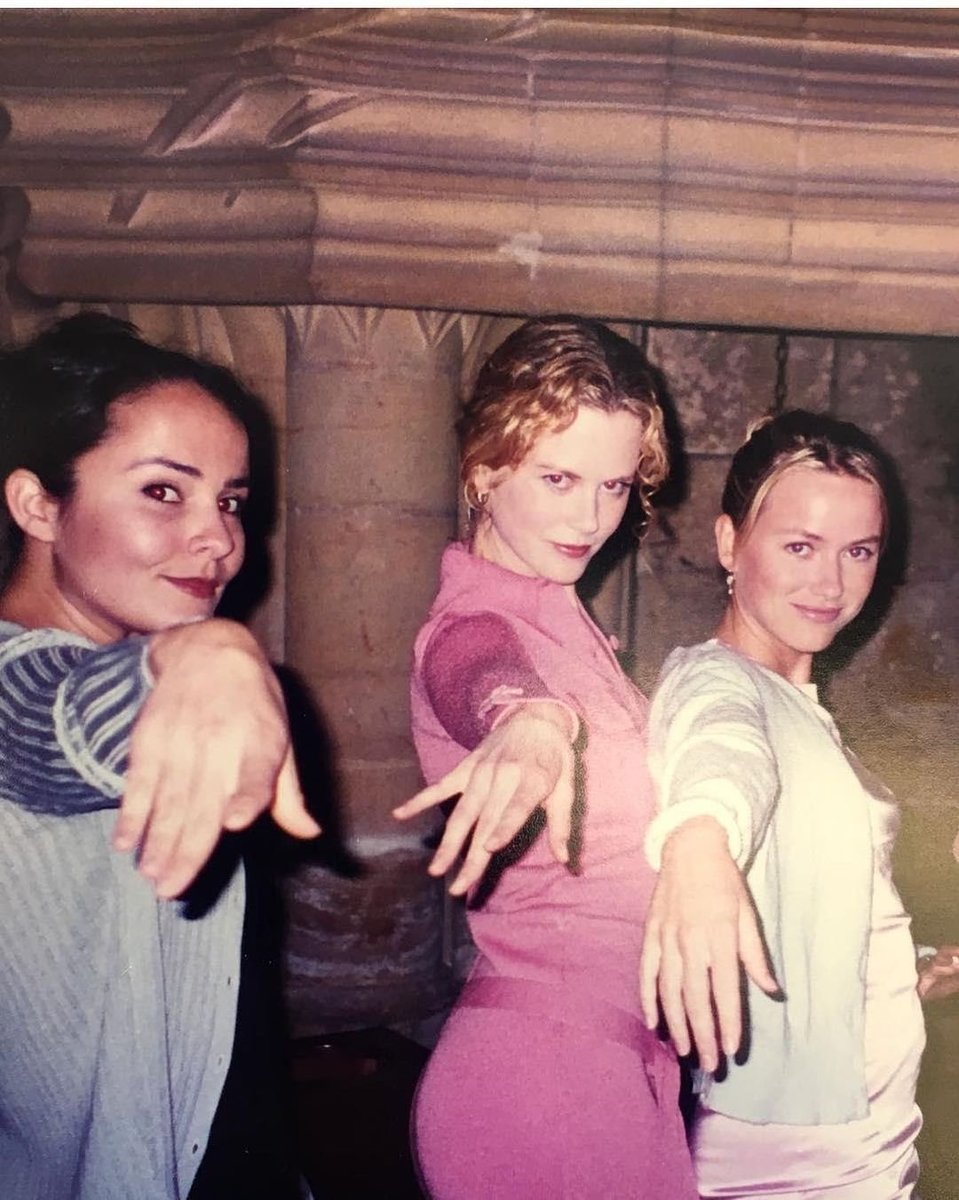 Jonah Hill and Adam Levine not only went to school with each other, but were best friends through high school, as Hill told Howard Stern in 2014.

"Our dads met in the principal’s office in junior high," he said.

"We carpooled [and] lived at each other’s houses." 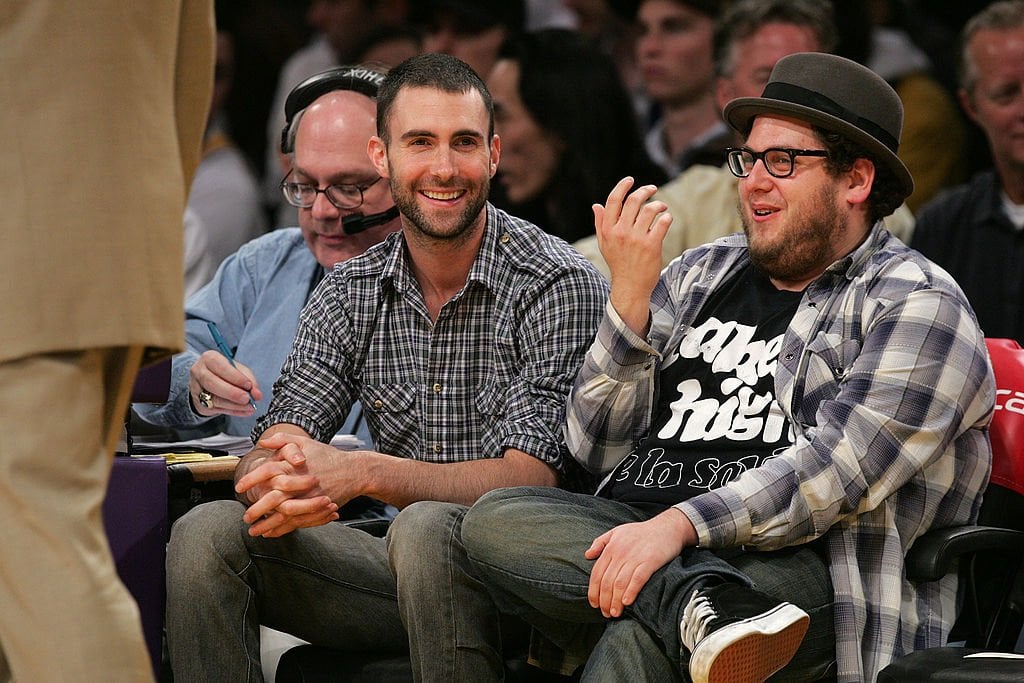 Eddie Redmayne and Prince William attended Eton College together in 1997, and we can only imagine their graduation ceremony.

Eddie opened up about his relationship with Will, sharing that he was a "lovely man".

"I'm pretty sure Will was more intimidating than I was," he said to W magazine.

"I don't think I intimidated anyone in my life. I haven't seen him since school, but he was a lovely man.

"We were on the same Colts B team in 1997 and I always felt slightly sorry for Will because everyone wanted to tackle the future King of England. He took all the hits." 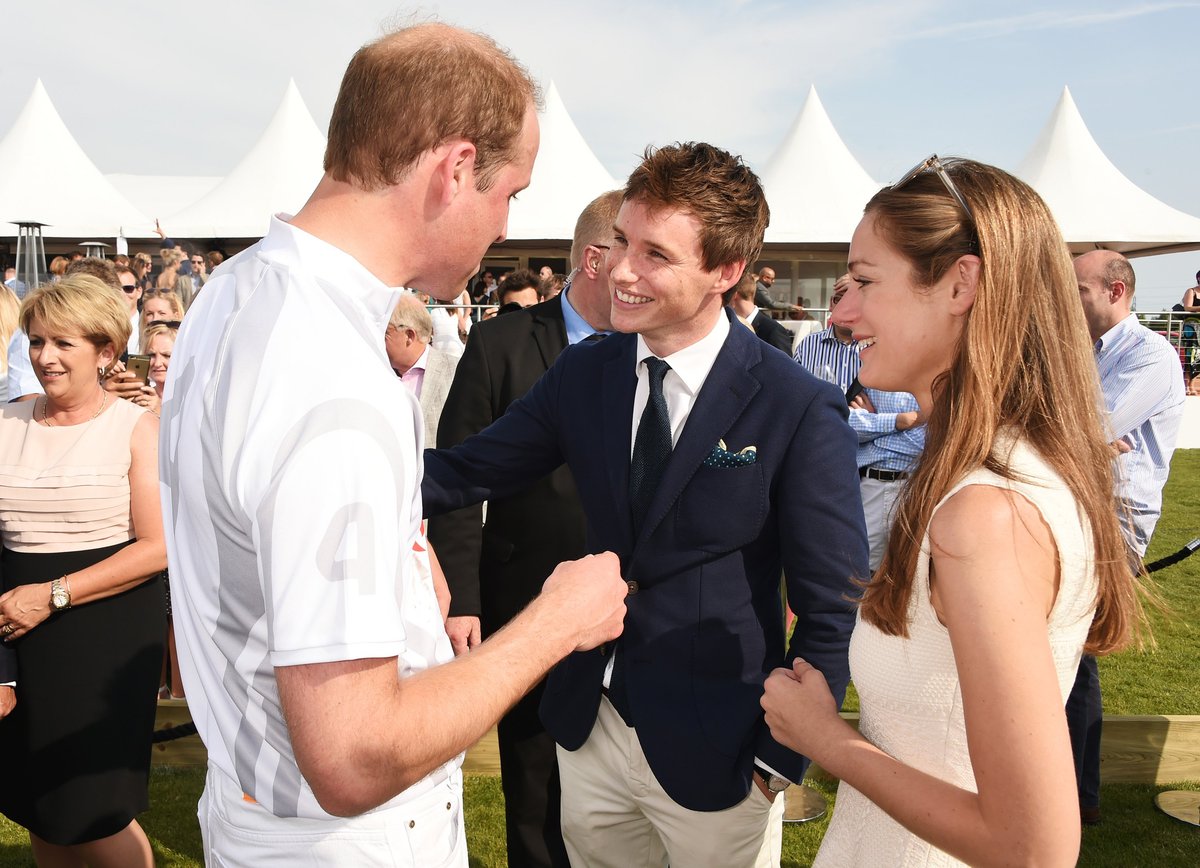 “I remember thinking he was really cute,” the actress told People in 2001, around the same time the pair starred alongside each other in Blow Dry. 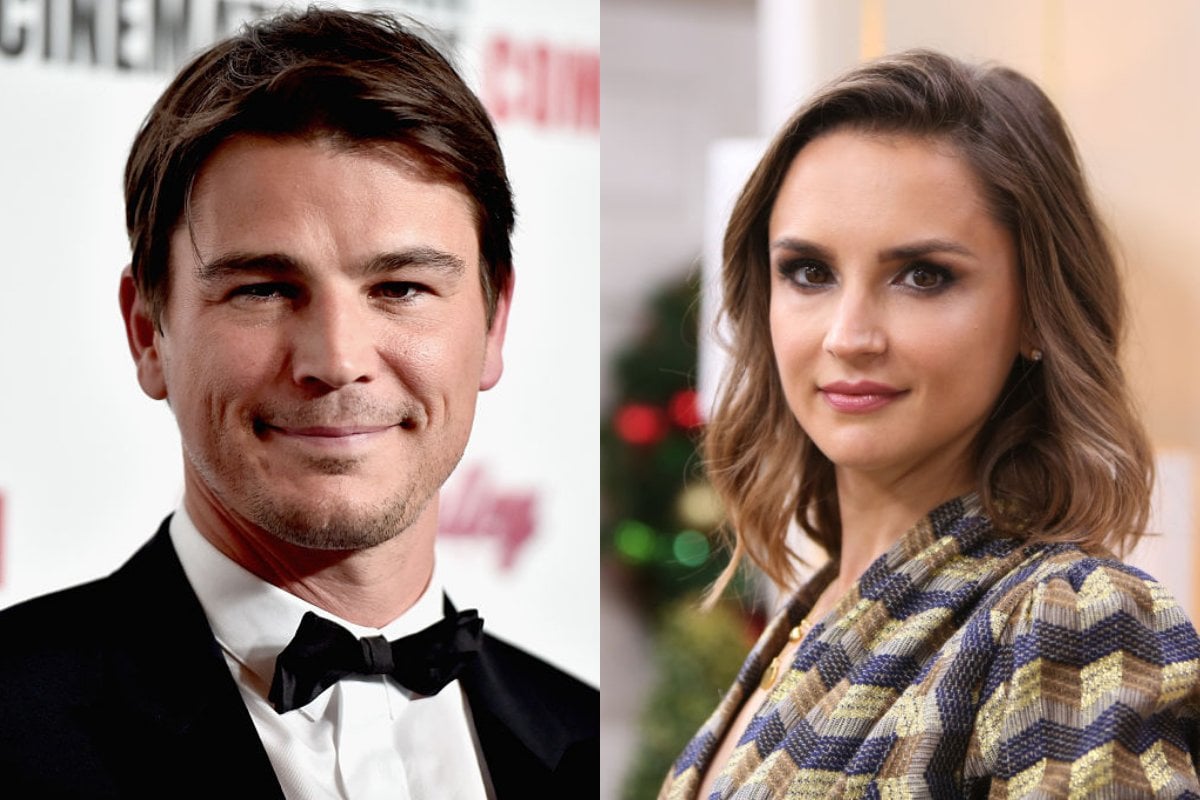 Ansel Elgort, Timothee Chalamet, and Lourdes Leon all made their humble beginnings at LaGuardia High School of Music and Art and Performing Arts in New York.

"Living the dream sitting courtside at the Knicks game together. Life is crazy. Congrats to you Timmy."

They also went to school with Madonna's daughter Lourdes Leon, who was Chalamet's first girlfriend. 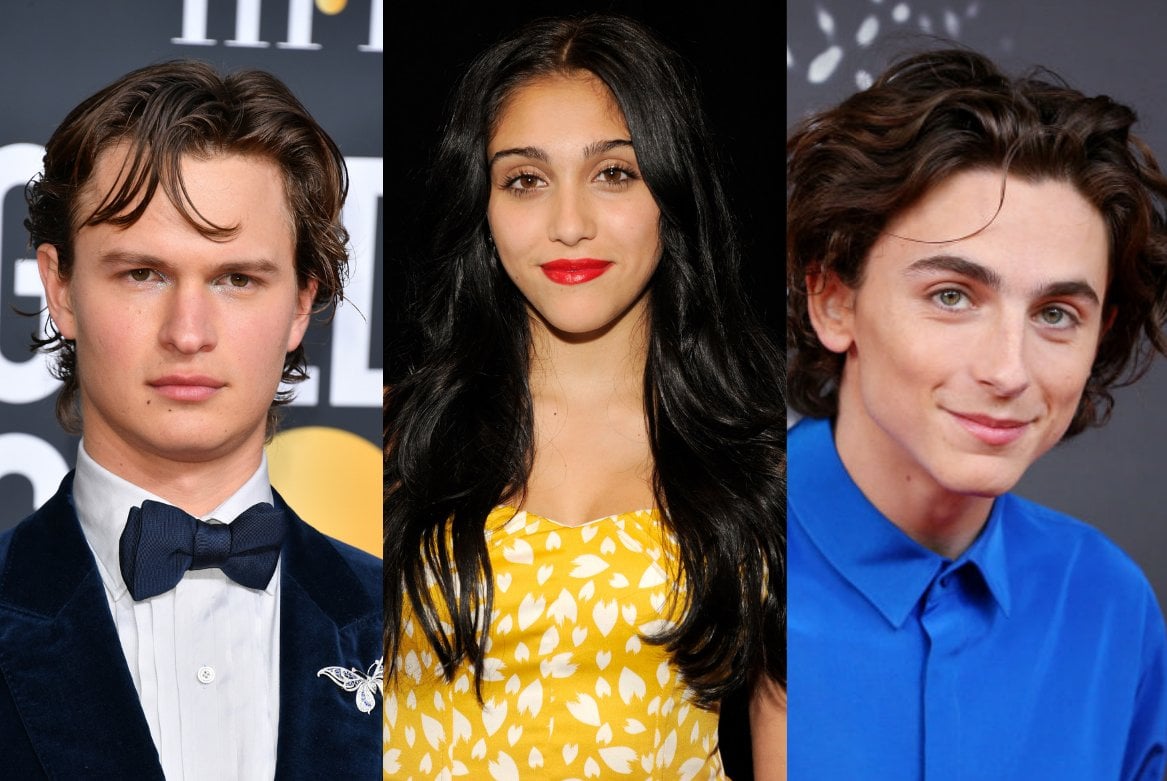 Both Hollywood actresses come from famous families, so it's not exactly a shock that Kate Hudson and Liv Tyler ran in the same circles growing up. They first met at California's Crossroads School for Arts & Sciences, and remain good friends to this day. 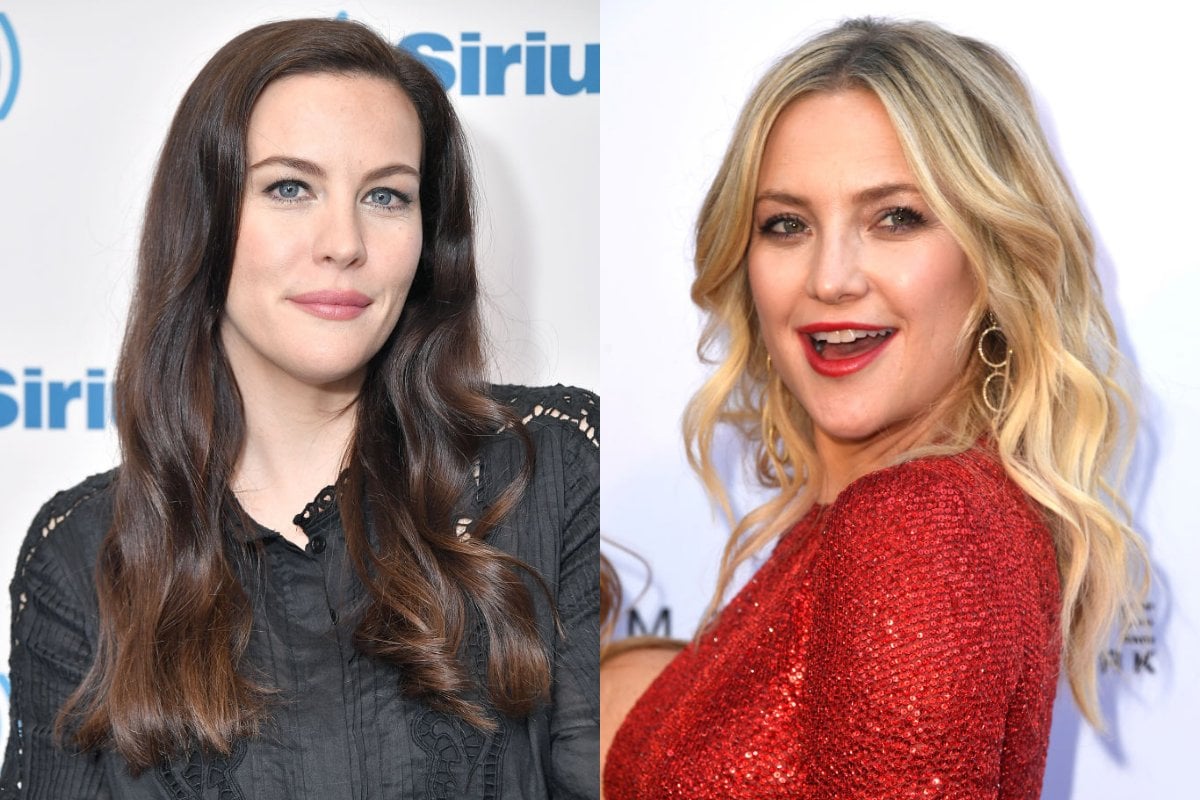 Kerry Washington shared that she went to high school with Gwyneth Paltrow on Jimmy Kimmel, revealing that Gwyneth was the President of a singing group Washington wanted to be a part of.

"When I was in junior high school I really wanted to be in Triple Trio because there was this really amazing senior named Gwyneth Paltrow and she was president of Triple Trio," Washington said.

There you have it. 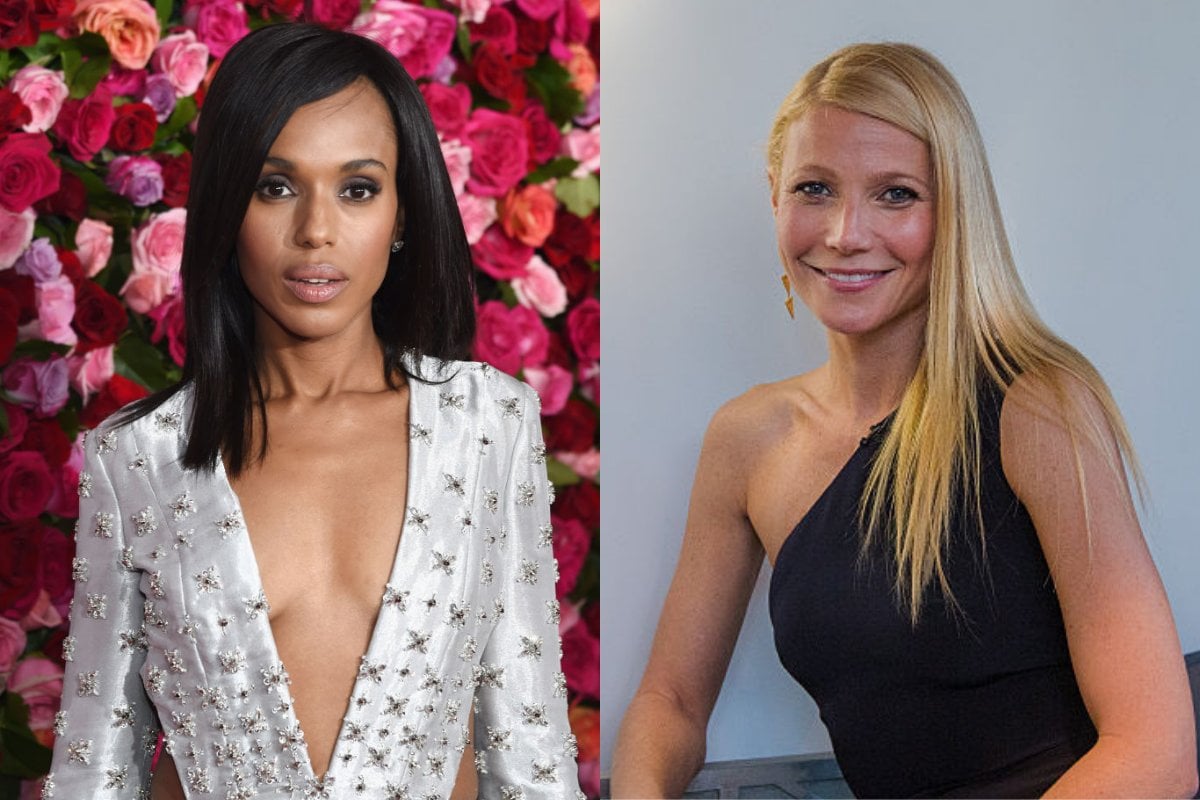 Reply
Upvote
2 upvotes
The main thing I took away from this is that Ansel Elgort, one of the worst actors I've ever had the misfortune of watching, has been nominated for a Golden Globe.