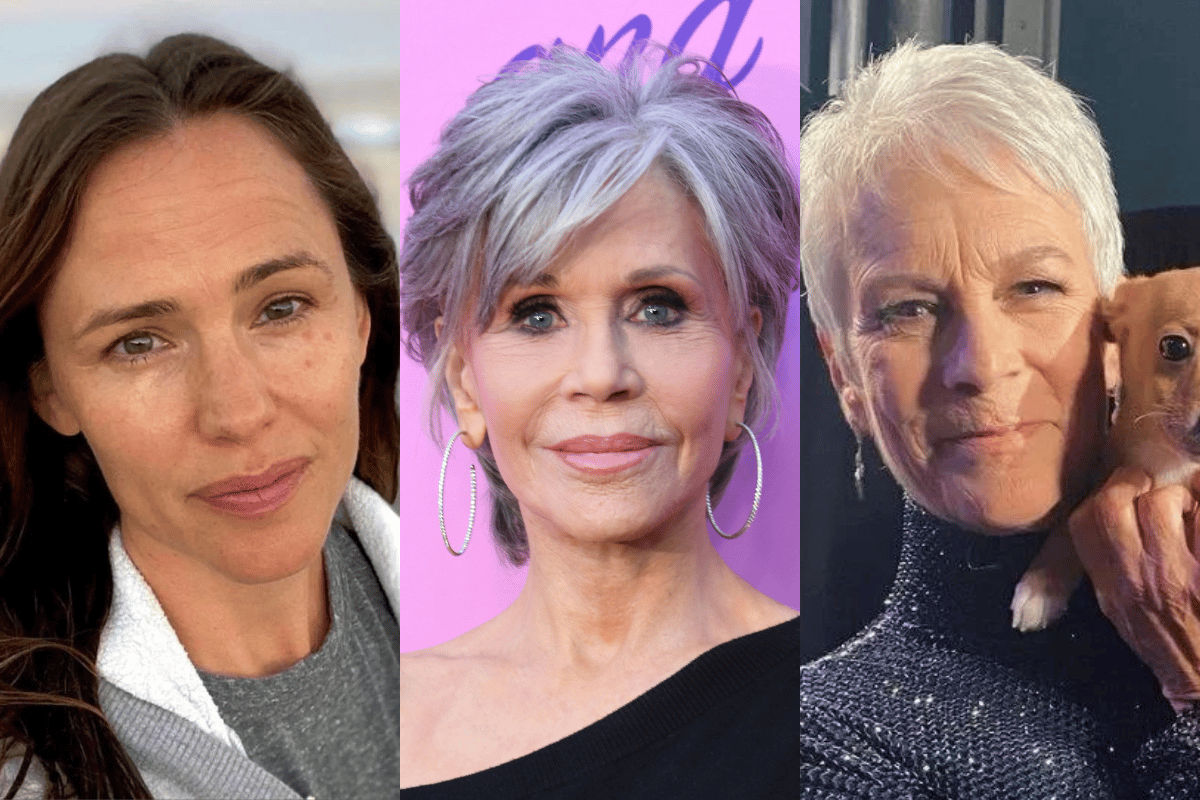 Living in the spotlight, it's no wonder that many celebrities are hyper-focused on their appearances.

Cosmetic work, whether it's fillers or Botox or plastic surgery, is very common in the entertainment space - and there's absolutely no shame in it. We hold no judgement about it.

But every now and then, celebrities regret their *sometimes* irreversible decisions.

So, we thought we'd take a look at what public figures have said about the times they wish they didn't alter their appearances.

Watch: I asked "The Doll Maker" what she'd do to my face. Post continues below.

From Courtney Cox to Jane Fonda, here's what they had to say:

In an interview with Harper's Bazaar, Jennifer Garner shared that she wants women to do less, adding that women "don't need" to wear a lot of makeup or "have a constant blowout."

"My beauty advice is always the same: Look in the mirror less, obsess less, and look at the rest of the world to see what you could be using your time for instead," she explained.

"We all look at our faces more than people used to, and it doesn’t do you any good. You obsess over changes or how to fix something on your face," she continued. 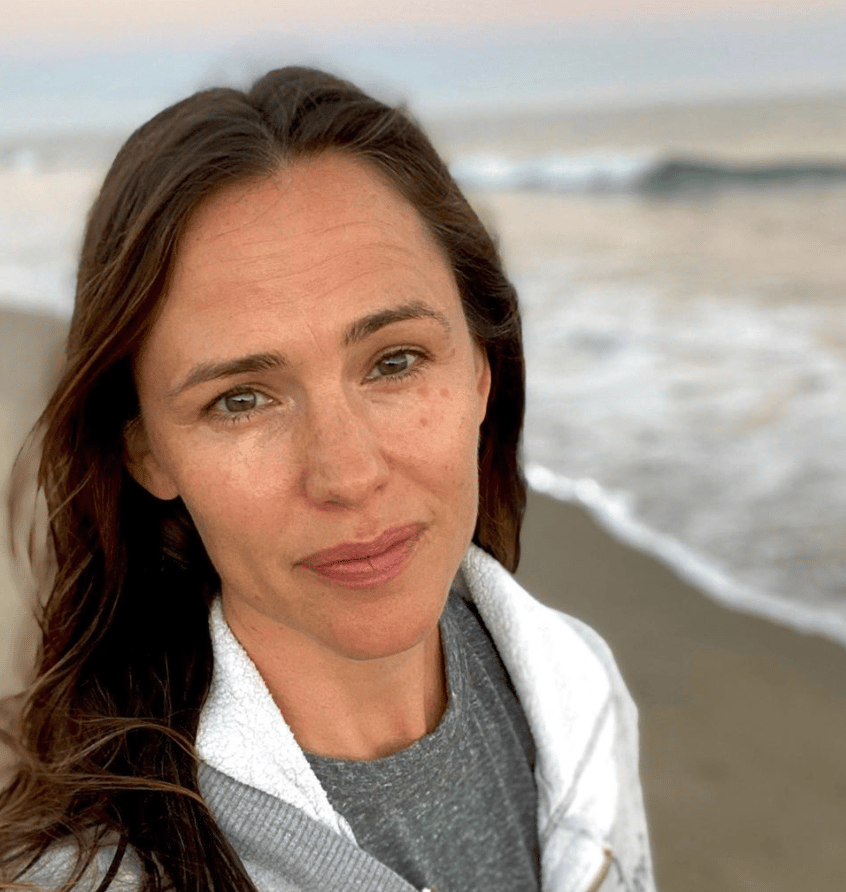 "Be cautious when it comes to injecting anything into your face. Be very, very incredibly judicious and wait as absolutely long as possible to add anything. Don’t think that you’re 37 and you need to be shooting up your face."

Jane Fonda has spoken openly about her plastic surgery regrets, admitting she "stopped" with procedures because she didn't want to "look distorted".

"That is true. Money does help. Good genes and a lot of money, as somebody once said. But then as I’m saying that, I’m thinking we all know a lot of women who are wealthy who’ve had all kinds of facelifts and things like that and they look terrible."

The actor went on to say, "So, I had a facelift and I stopped because I don’t want to look distorted. I’m not proud of the fact that I had [one]." 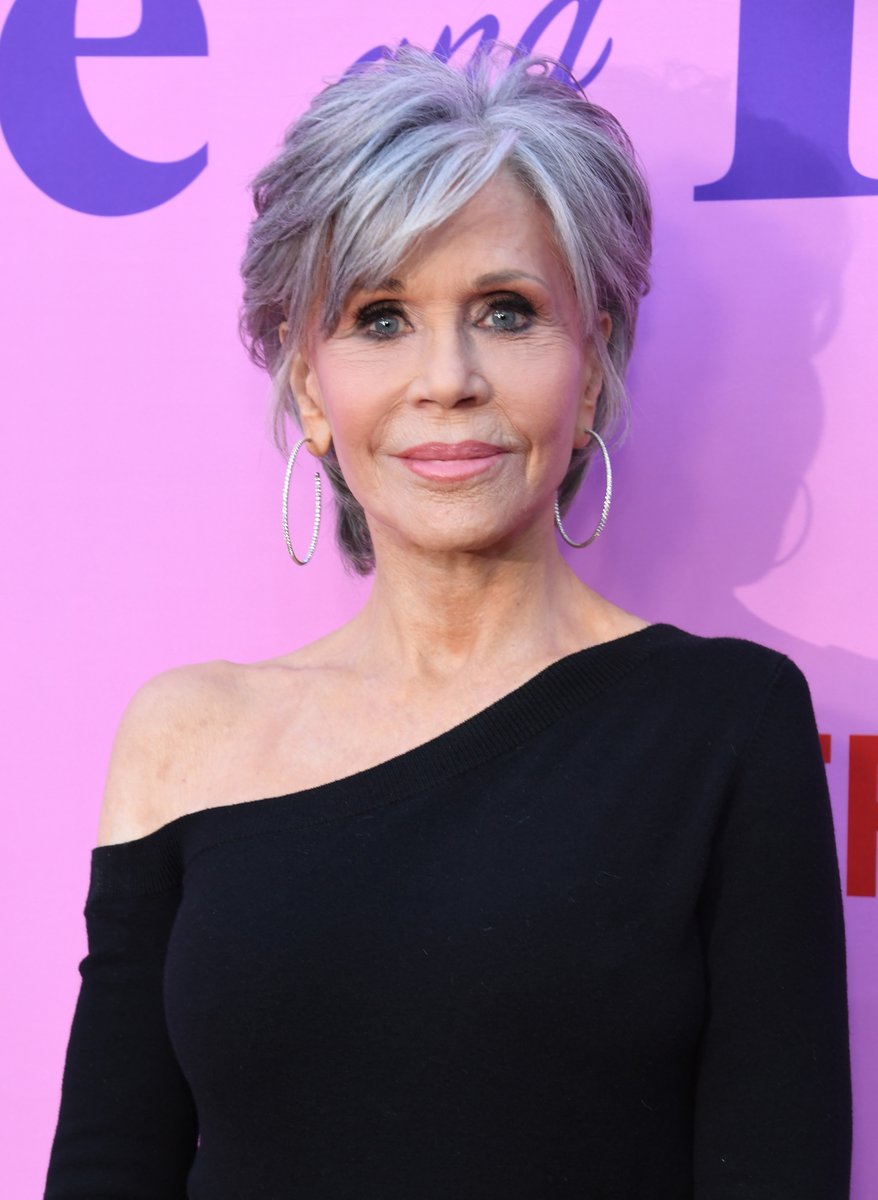 "Now, I don’t know if I had it to do over, if I would do it," she added. "But I did it. I admit it, and then I just say, okay, you can get addicted. Don’t keep doing it. A lot of women, I don’t know, they’re addicted to it. I don’t do a lot of facials. I don’t spend a lot of money on face creams or anything like that, but I stay moisturised, I sleep, I move, I stay out of the sun, and I have good friends who make me laugh. Laughter is a good thing too."

Jennifer Grey has spoken about her regret for getting two rhinoplasties after starring in Dirty Dancing, saying it derailed her career as she became 'unrecognisable' almost overnight. 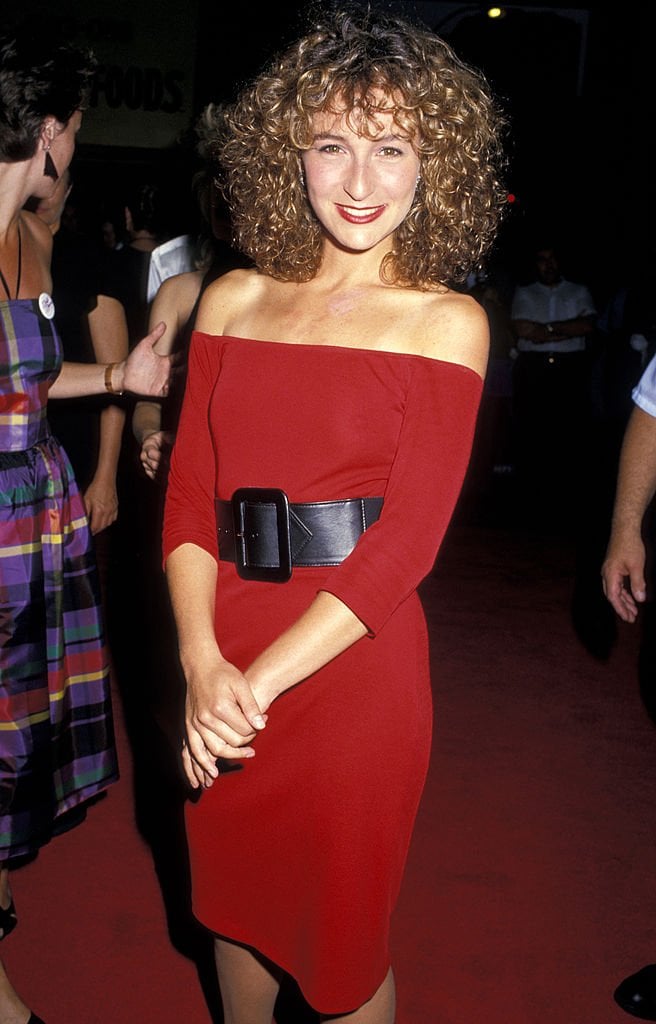 Speaking about the first time she went out after her nose job, she shared that her friend and fellow actor Michael Douglas didn't recognise her at a movie premiere.

"That was the first time I had gone out in public. And it became the thing, the idea of being completely invisible, from one day to the next," she told People.

"In the world's eyes, I was no longer me and the weird thing was that thing that I resisted my whole life, and the thing I was so upset with my mother for always telling me I should do my nose."

She said she felt pressure from her Jewish parents who had both undergone rhinoplasties, as well as interviewers in her early career.

"When I was a kid, I was completely anti-rhinoplasty. I mean it was like my religion. I loved that my parents did it. I understand it was the 50s. I understand they were assimilating. I understood that you had to change your name and you had to do certain things, and it was just normalised, right?

Supermodel Bella Hadid has spoken about regretting getting a nose job at 14.

"I wish I had kept the nose of my ancestors," she told Vogue last month. "I think I would have grown into it."

Hadid, who is of Dutch and Palestinian heritage, explained that she felt pressure when comparing herself to her older sister, fellow supermodel Gigi.

"I was the uglier sister," Hadid said. "I was the brunette... and when you get told things so many times, you do just believe it."

Friends star Courteney Cox spoke about regretting her cosmetic surgery procedures in 2017, telling New Beauty, "I've had to learn to embrace movement and realise that fillers are not my friend. I've had all my fillers dissolved. I'm as natural as I can be. I feel better because I look like myself. I think that I now look more like the person I was. I hope I do."

She explained that she became addicted to surgery after being recommended more and more procedures over the years. "Well, what would end up happening is that you go to a doctor who would say, 'You look great, but what would help is a little injection here or filler there'," the actor said.

"So you walk out and you don't look so bad and you think, no one noticed - it's good. Then somebody tells you about another doctor...

"I have one friend who was like, 'Whoa, no more!' I thought, I haven't done anything in six months. I didn't realise."

"Things are going to change. Everything's going to drop. I was trying to make it not drop, but that made me look fake," she said. "You need movement in your face, especially if you have thin skin, like I do. Those aren't wrinkles - they're smile lines."

In 2002, Jamie Lee Curtis told More magazine: "Ten years ago, before anybody did that, I had fat taken from underneath my eyes because I was on a movie and I was puffy... And I can remember the cameraman saying, 'I can't shoot her'. I remember being mortified.

In 2021, she told Fast Company: "The current trend of fillers and procedures, and this obsession with filtering, and the things that we do to adjust our appearance on Zoom are wiping out generations of beauty. Once you mess with your face, you can't get it back."

Last year, supermodel Linda Evangelista opened up about the impact of multiple fat-freezing procedures she underwent between August 2015 and February 2016.

Evangelista wanted to reduce fat on her thighs, abdomen, back, flanks and chin.

In a statement to Instagram, the 56-year-old said her livelihood was destroyed after contracting Paradoxical adipose hyperplasia (PAH) from the procedure.

"PAH has not only destroyed my livelihood, it has sent me into a cycle of deep depression, profound sadness, and the lowest depths of self-loathing," Evangelista wrote.

"In the process, I have become a recluse. With this lawsuit, I am moving forward to rid myself of my shame, and going public with my story. I'm so tired of living this way. I would like to walk out my door with my head held high, despite not looking like myself any longer."

In 2017, Melanie Griffith spoke about "going too far" with cosmetic surgery in a candid interview with Porter Magazine.

"I didn't [realise] until people started saying, 'Oh my god, what has she done?!' I was so hurt," the actor said. "I went to a different doctor, and he started dissolving all of this shit that this other woman doctor had put in.

In 2020, High School Musical star Ashley Tisdale shared that she had removed her breast implants.

"Years ago I underwent breast enhancement surgery," she wrote on Instagram. "Prior to the surgery, I constantly felt my body was less than, and thought this change would make me feel more whole and more secure about myself.

"And for a short period of time... it did. But little by little I began struggling with minor health issues that just were not adding up.

"This journey has been one of growth, self discovery, self acceptance and most importantly self-love. Over the years I’ve met with many holistic and non-holistic doctors and learned the importance of living a non-toxic life...

"I can’t say I’m the proudest of the choices I made in the past but I don’t regret it because it got me here today."

Victoria Beckham reportedly had her first boob job in 1999, and then another in 2006. Three years after that, she had them reduced, telling US Vogue, "Torpedo bazookas, gone!"

In the October 2016 issue of British Vogue, Beckham wrote a letter to her younger self: "I should probably say, don't mess with your boobs. All those years I denied it – stupid. A sign of insecurity. Just celebrate what you've got."

This article was published on April 19, 2022 and has since been updated with new information.

Reply
Upvote
I admit I love my Botox. I had it when I turned 44 and I loved the result. I haven’t done anything else though.  No regrets here.
S
simple simon 4 months ago

Reply
Upvote
1 upvotes
@simple simon  I see this all the time, beware, people need to realise there is danger in doing stupid unnecessary procedures. It is not worth the risk.
S
simple simon 4 months ago

Reply
Upvote
1 upvotes
@lydia  Plenty of people have had cosmetic surgery and are most satisfied with how it's turned out. As long as individuals are aware of the risks, and then do as much as they can to mitigate those risks, none of us are really able to tell others what they can't do with their own bodies.
L
lydia 4 months ago

Reply
Upvote
@simple simon  The only problem is, the public purse has to pick up the pieces for vanity.
S
simple simon 4 months ago

Reply
Upvote
@lydia  C'mon. We can't say everyone who has cosmetic surgery is vain.
There was a British documentary on Brits who go overseas for cheap cosmetic surgery, then when there are complications,  go on their public health system to have it corrected. And the strain this was putting on their health system.
Watching that, i admitted that if i went overseas for cheap cosmetic surgery, then when there were issues, turned up at an Australian public hospital and told them they had to fix it, they should be legally entitled to tell me to get stuffed.
Resources
Very Peri
News
General
Opinion
True Crime
Politics
Sport
Explainer
Entertainment
Celebrity
Reality TV
Movies
TV
Books
Rogue
Royal
Lifestyle
Beauty
Fashion
Weddings
Home
Wellness
Health
Fitness
Travel
Food
Family
Before The Bump
Pregnancy
Baby
Kids
Teens
School
Parent Opinion
Work & Money
Money
Finance
Career
Lady Startup