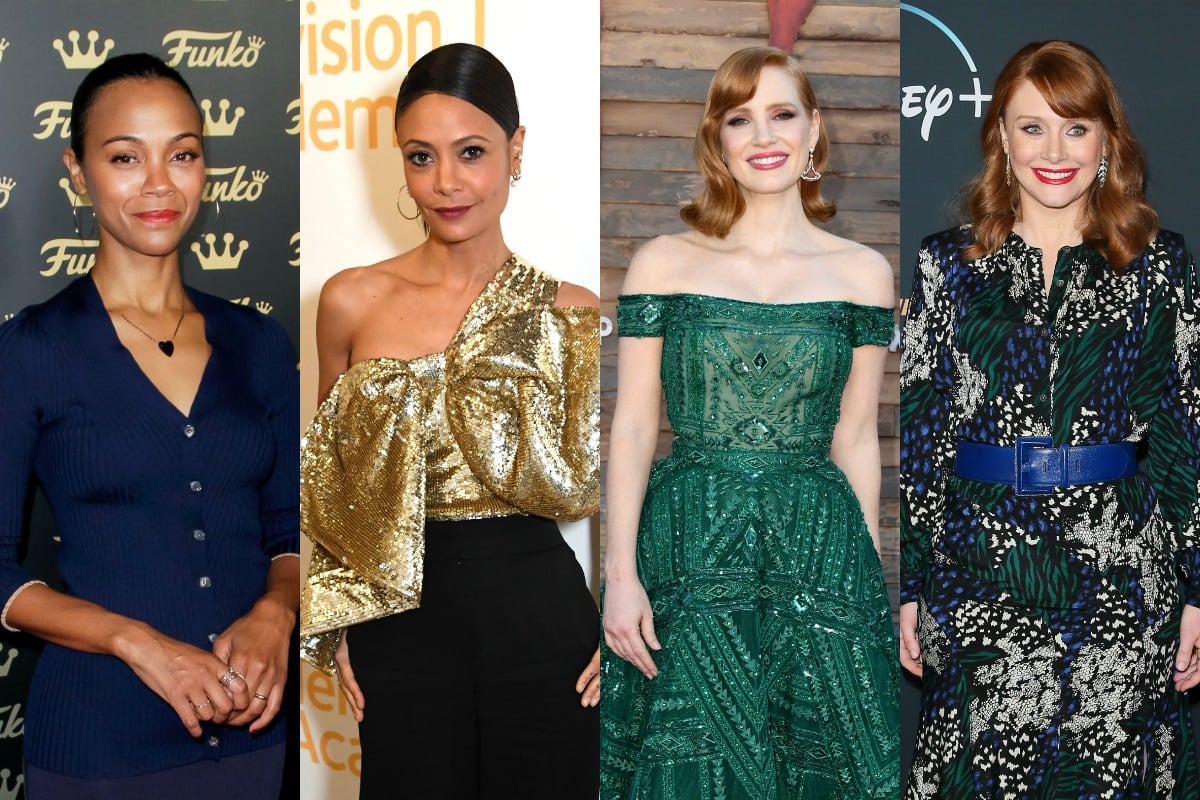 We often hear about celebrity doppelgangers; everyday people who look like famous celebrities. But sometimes celebrities can get mistaken for... other celebrities.

And it happens more often than you might think.

So much so that it has inspired TikTok trend, where celebrities share who they always get mistaken for.

"I think it's the biggest compliment ever," Sarah Hyland said on The Meredith Vieira Show about being compared to Mila Kunis.

"We have joked about this, too, where she's come up to me being like, ‘OK, so people think I'm, like, you'. This was four years ago maybe and she was, like, 'Sometimes I pretend to be you so I feel like I'm young'."

But Sarah Hyland and Mila Kunis aren't alone. Here's 11 other celebrities who are told they look like other people. 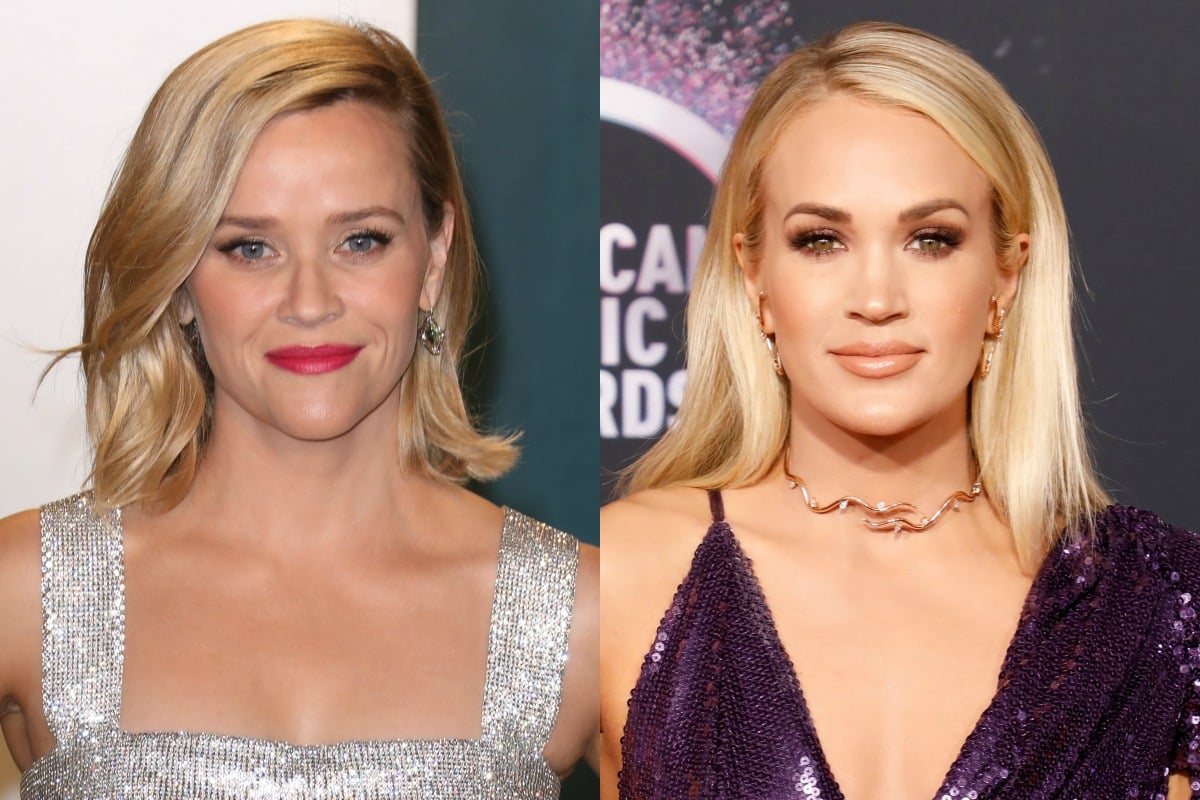 Image: Getty. Earlier this year, Reese Witherspoon was very happy to be mistaken as singer Carrie Underwood when out in public.

"To the woman in the parking lot who just asked me if I was Carrie Underwood: You officially made my day!" the actress tweeted.

"YOUR day?!?!?!?! That lady just made my whole life!" responded Underwood. 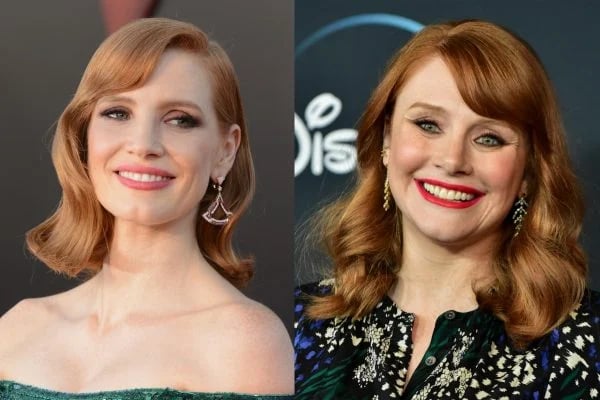 "We did The Help together and that was the first time we like grabbed each other and said, 'Let's look in the mirror,'" Chastain told Jimmy Fallon in 2015.

"And we looked at our faces side by side and we were like, 'OK, we look alike'."

"At first he was like, 'You really look so much alike.' And I mean, obviously, I'm incredibly flattered, so it's great,"

Keira Knightley and... every celebrity ever. 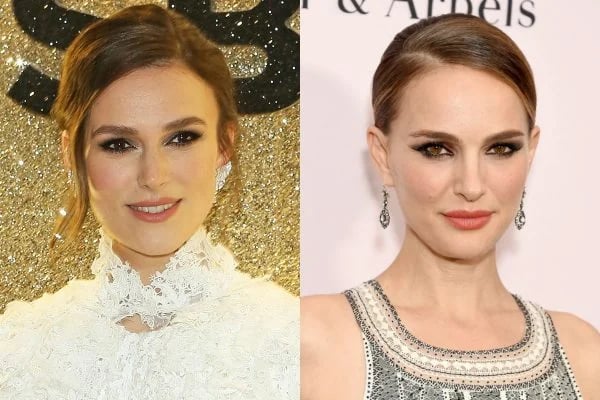 Keira Knightley is no stranger to mistaken identity.

"I've been chased through a park as Kate Winslet. Quite a few people have come over to me to ask me to say hello to Daniel Craig for them because they think I'm Rachel Weisz. Lovely."

And that's not all. The 35-year-old has also had her picture taken as Brittany Spears.

"It was a weird one," she told James Corden.

But while some celebrities might not enjoy being called someone else, Knightley say she doesn't mind it.

"I quite enjoy it, though. I'm much more polite, I think, when people think that I'm somebody else." 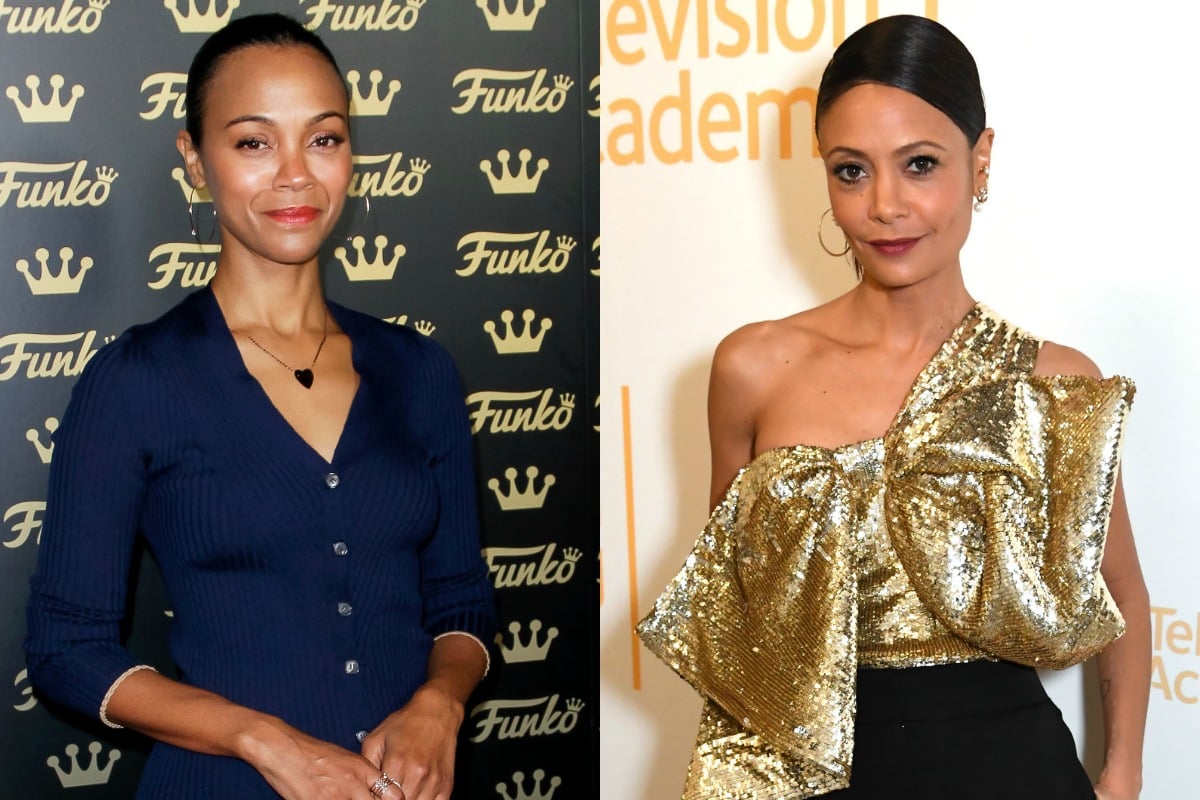 "Recently I was in SoulCycle in LA and Victoria Beckham who I have actually met a few times was there," she said on The Graham Norton Show.

"We were chatting away when she said, 'It’s so great that you are here when you are pregnant'. I said, 'I actually had my baby a couple of months ago'. We carried on chatting and it was obvious she thought I was someone else so I said, 'Do you think I am Zoe Saldana?'"

"Victoria was absolutely mortified! It was actually okay as Zoe is a rare beauty, but really? up close? Come on! And, I am British!"

Saldana even said her mum gets her and the Westworld actor confused.

"My mum still thinks that I’m in Westworld," she joked on The Late Late Show with James Corden last year. "I’m like, ‘Years ago, you thought that I was in Traffic.‘ I’m like, ‘Mum, you did not give birth to Thandie Newton'." 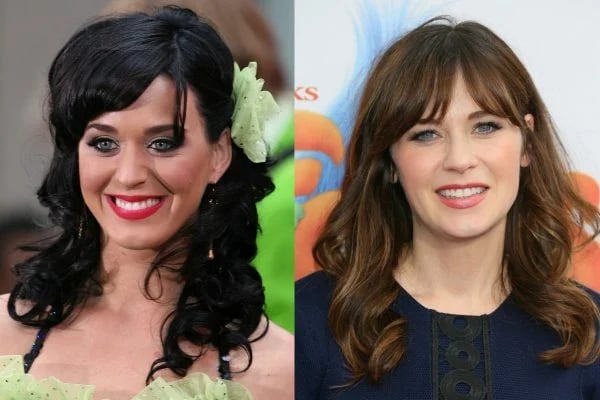 It's not hard to see why Zooey Deschanel and Katy Perry would get mistaken for eachother.

But the New Girl actress doesn't always love being compared to the singer. In fact, she said "it's a little bit annoying".

"I used to get, 'I heard you were out at such-and-such club drinking whiskey!' [when] I was at home watching TV. I think we lead very different lives," she told MTV in 2009. 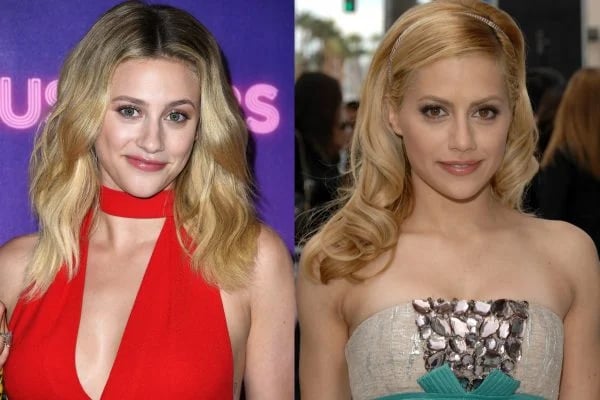 Precisely everyone thought Lili Reinhart looked like the late actress Brittany Murphy when she stepped out at the Met Gala in 2018.

But it wasn't exactly a new revelation.

When asked who her celebrity doppelganger was the year before, the Riverdale actress told BuzzFeed, "Everyone says Brittany Murphy — everyone. They think I'm her reincarnated. There are a lot of pictures of us side by side where we look crazy–alike. If you just google Lili Reinhart and Brittany Murphy, you'll see it." 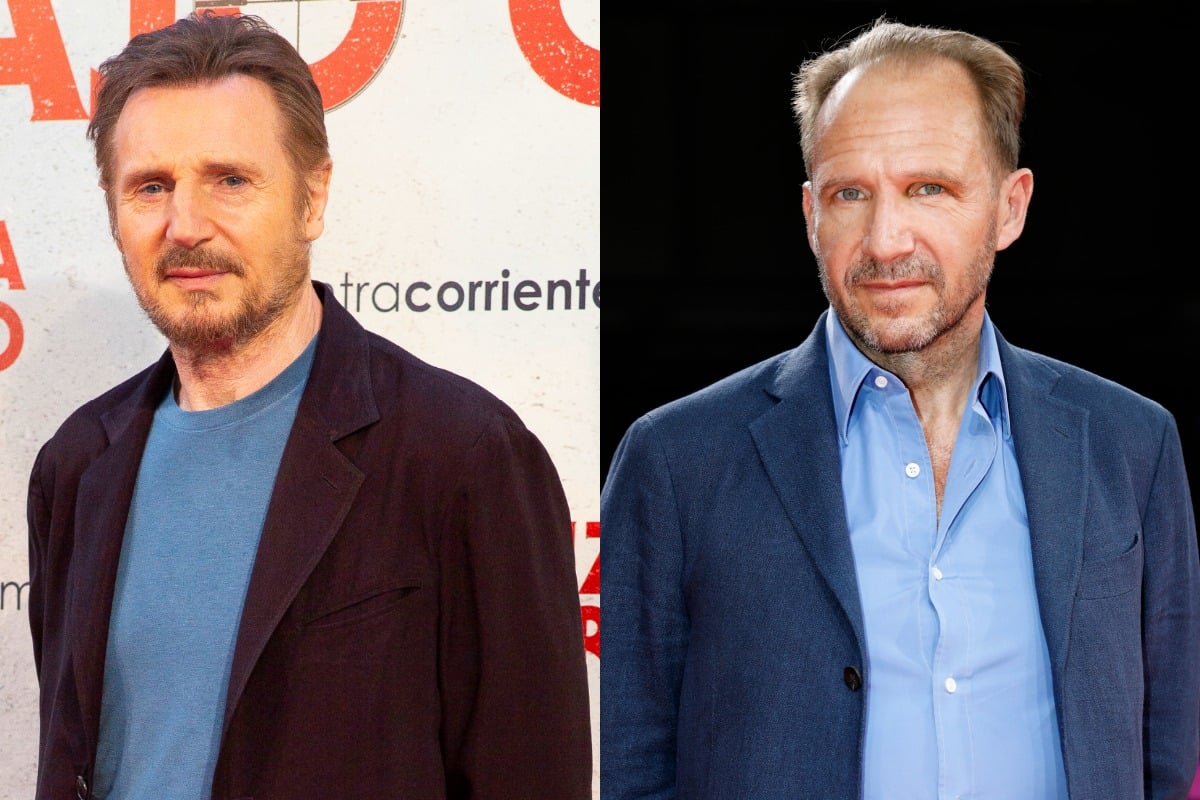 Image: Getty. Friends and actors Liam Neeson and Ralph Fiennes are another set of celebrities who constantly get mistaken for eachother.

"I keep getting fans and stuff mixing me up with Ralph because we have very similar profiles," Neeson told The Jonathan Ross Show in 2014. 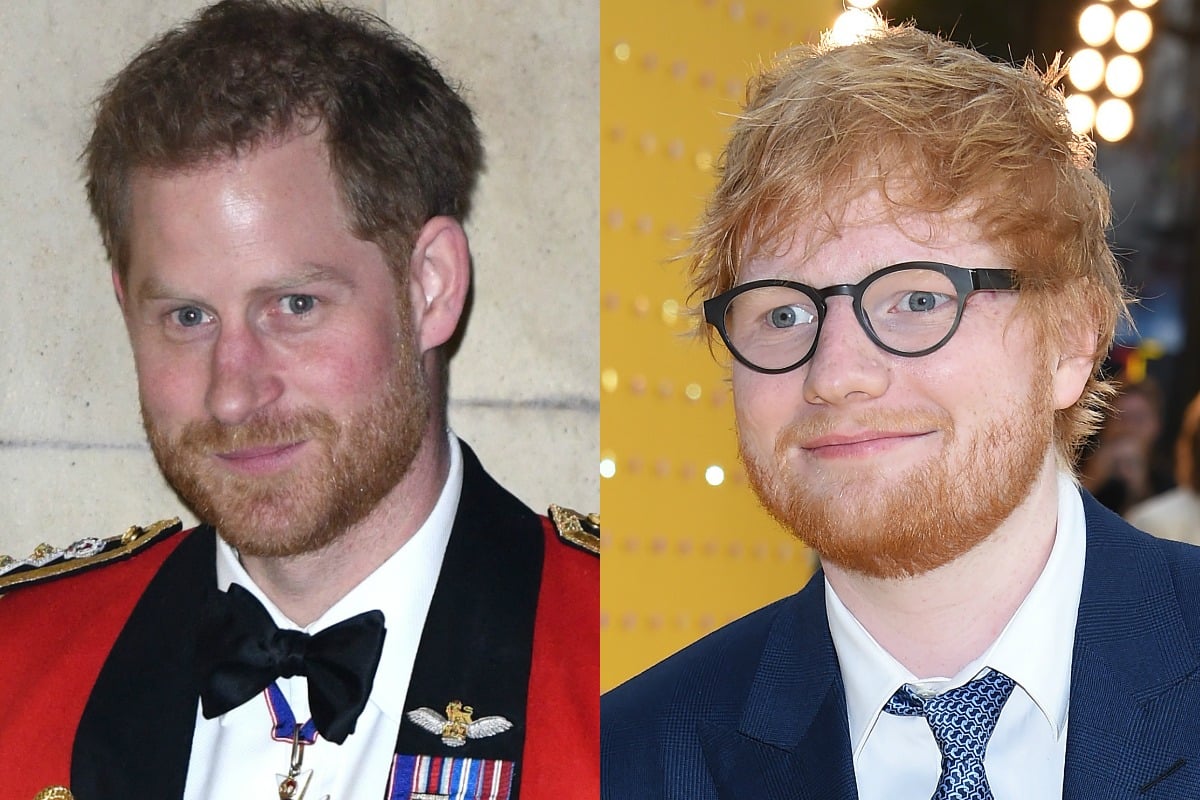 During an interview on The Tonight Show With Jimmy Fallon, Margot Robbie explained that she thought Prince Harry was Ed Sheeran the first time she met him.

"I didn't know it was a prince, it’s not like he was wearing a crown," she told Jimmy Fallon.

When I saw him in those glasses, I was like, 'Oh, my God, I didn't know Ed Sheeran was at the party!' He got really offended. He was like, 'Shut up!'"

People don't just think that Rupert Grint is Ed Sheeran, but they also think that Prince Harry is Ed, too. 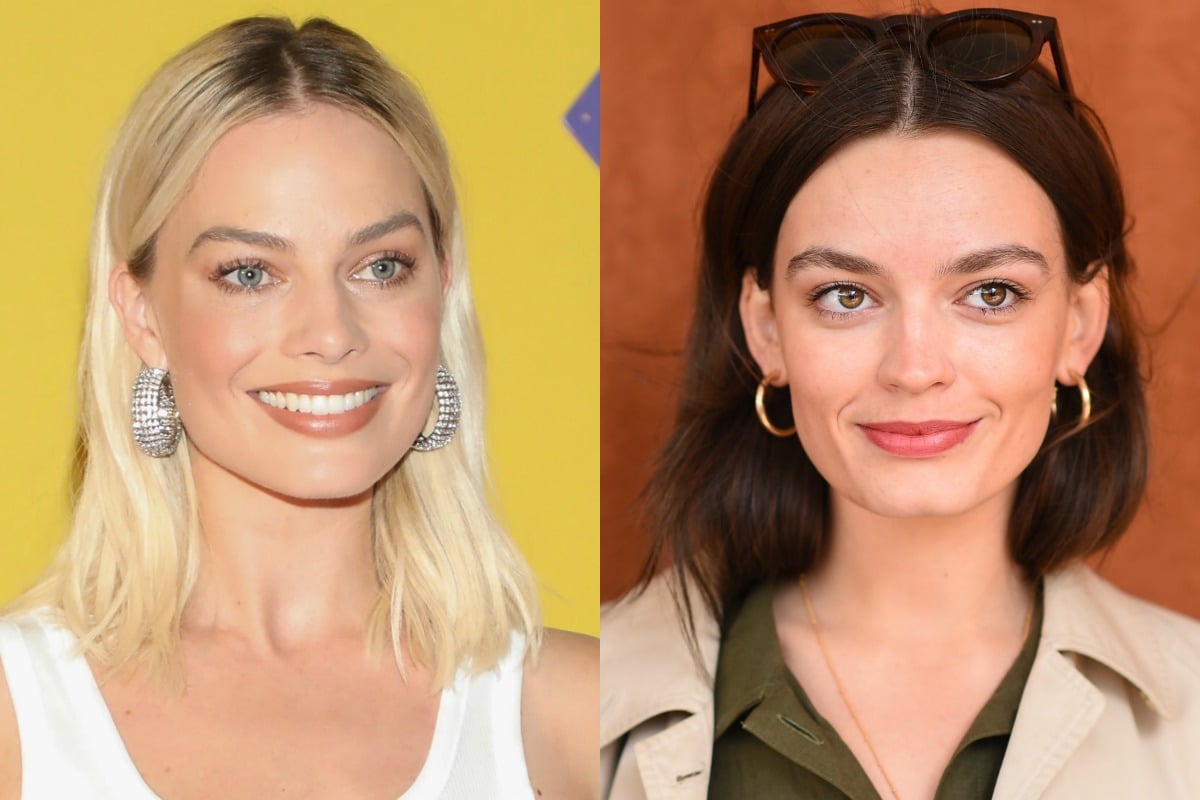 "I genuinely just don’t see it at all," the Sex Education star told The Independent earlier this year.

"But it’s fine. I wish people would stop comparing. Like, it’s lovely to be compared to Margot Robbie, but mostly I’d rather people focus on the jobs that we’re both doing rather than what we look like." 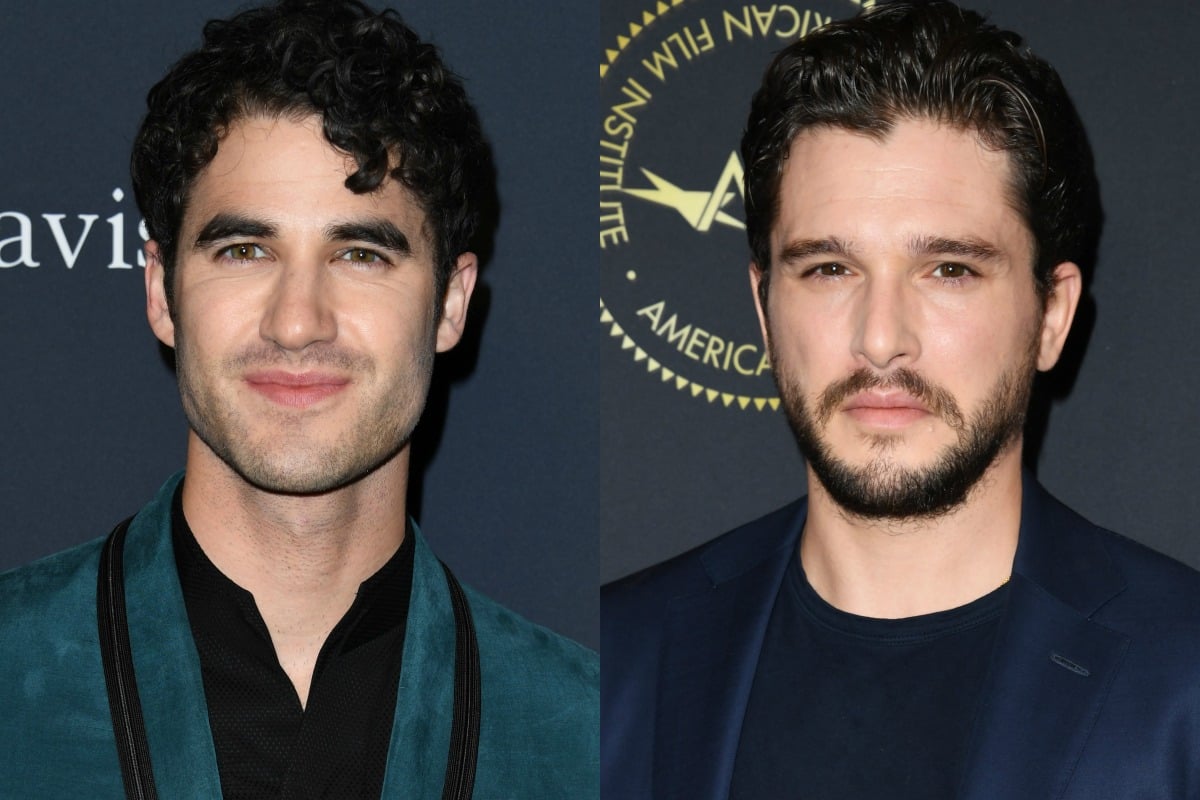 Glee actor Darren Criss was mistaken for Game of Thrones star Kit Harington by a fan back in 2016. Criss was so flattered he asked the fan for a photo to commemorate the moment.

"'Hey... Are you Kit Harington?' Me: aw sorry man I'm not. 'Aw cuz if you were I'd kick myself if I didn't ask for a picture.' Me: wait, can I get a picture though? To commemorate this moment?" Criss worte on Instagram alongside the photo. 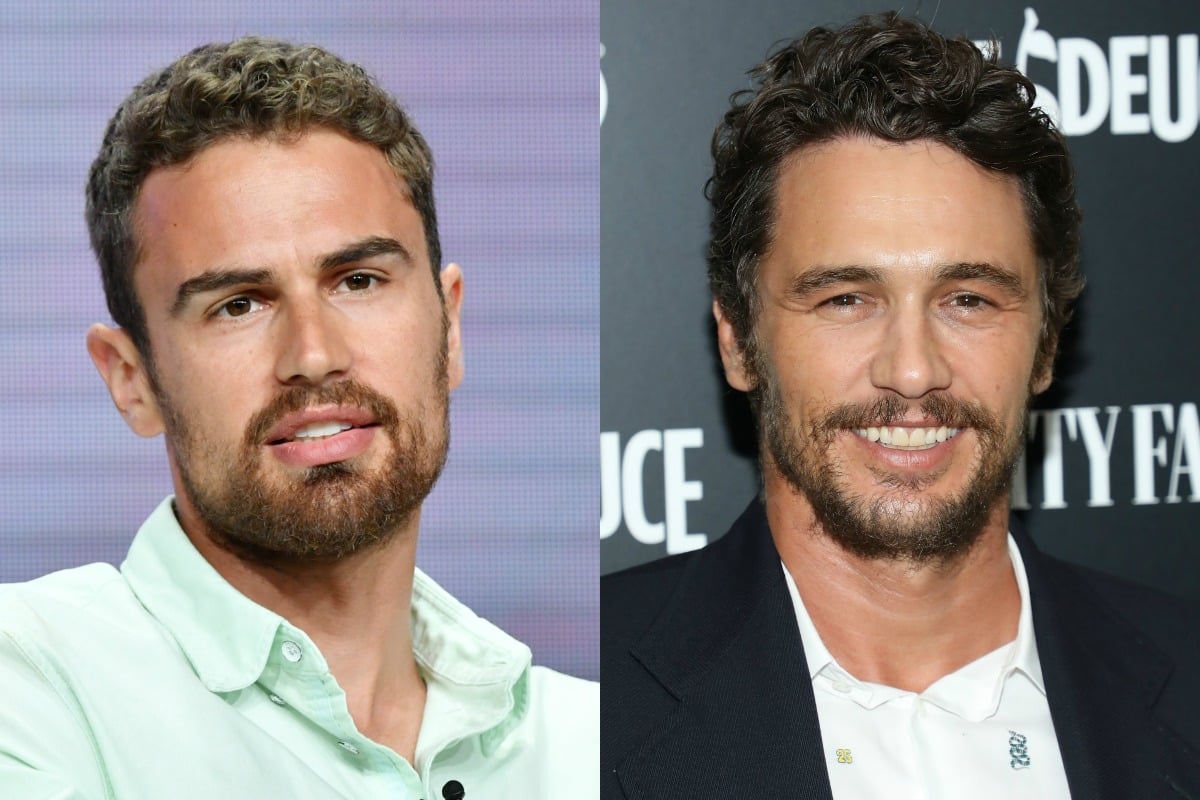 Back in 2013, Divergent actor Theo James told Hollywood.com about the time he was followed by paparazzi who thought he was James Franco.

"It was fun to be human and to wave and be like, 'What’s up, man?', but [the paparazzi] was like 'Where are you going?' And I said, 'Um, we’re going for some food, why are you filming me?' And he stopped and you could see he was like 'Oh s**t'. He thought I was f***king James Franco," James told the publication.

"Maybe it’s because I changed my haircut and started doing press-ups," he joked.

What other celebrities do you think look alike? Let us know in the comments below.