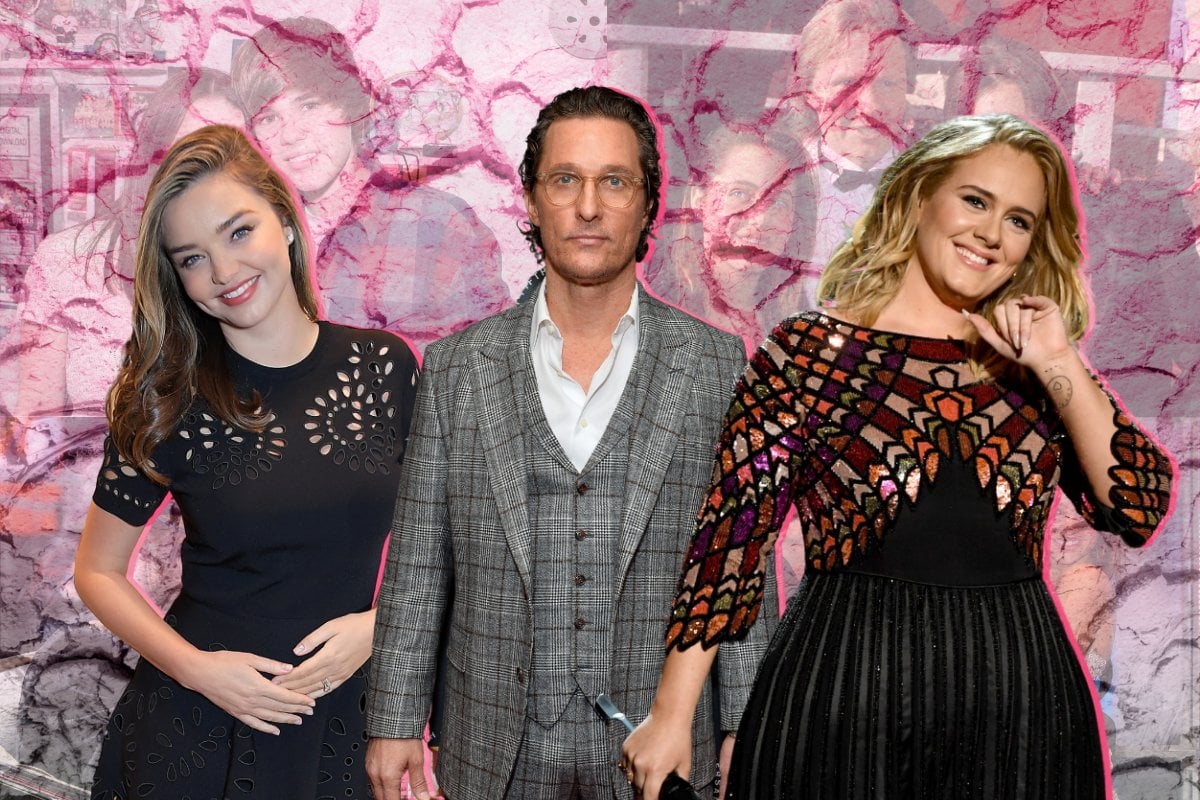 Family relationships can be really complicated.

You can't choose your family, and there's plenty of pressure in sayings like 'family first' and 'blood is thicker than water', but not everyone has a healthy relationship with family. Sometimes, cutting off contact is the best option.

Add in notoriety, and this can become even more complex.

A surprising number of celebrities have addressed their messy family dynamics and set boundaries in harmful relationships. In some cases, the relationships were always fraught. For others, things changed when fame entered the mix.

From estrangements to emancipation, sadly a lot of stars have had (sometimes already complicated) relationships with family made tougher due to fame.

According to Miranda Kerr's family, fame soured their relationship with their daughter.

In 2014, her parents Therese and John Kerr, and brother Matthew, appeared on the ABC's Family Confidential, begging her to contact them. 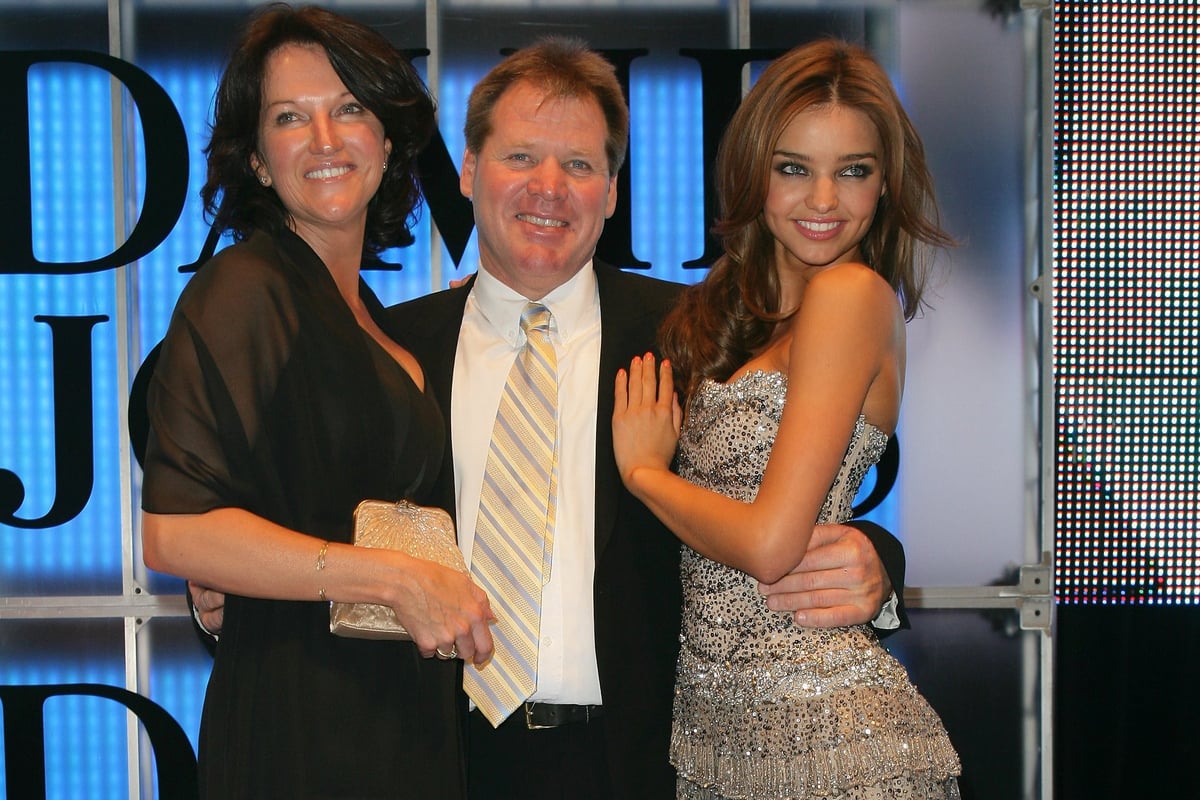 Her father said it was Orlando Bloom who told them he and Kerr were divorcing after three years of marriage, and they hadn't seen her or grandson Flynn in over a year.

"Miranda’s life is so different now [and] she's surrounded by 'yes' people all the time," Therese said.

"I wish she was just a normal, everyday girl, I really do," John added.

Her brother Matthew said he felt "lost" after the family moved from the country to Brisbane, so they could support his sister during her early modelling days.

"I'd like to spend more one-one-one time [with her] instead of with an entourage of people who we don't really know. I love her to death, I just want to see her more."

That same year, Kerr told Sunrise she didn't think her family's TV documentary had any "ill intention" and she'd recently seen her parents.

She told the Sunday Times she believed her parents were 'naïve' to do it.

"[The interview] was kind of done without me knowing about it, and it's funny because I'd invited them over many times throughout the year and they'd been too busy," she said, as per the Daily Mail.

"My dad and my brother work for me, and my mum has her own organic line now, and I think the media spun that on them - they weren't really trying to do anything, they’re just a little naïve, unfortunately."

After winning the 2017 Grammy Award for Record of the Year, Adele gave an uncharacteristically personal speech, thanking for manager Jonathan Dickins for his years of support. 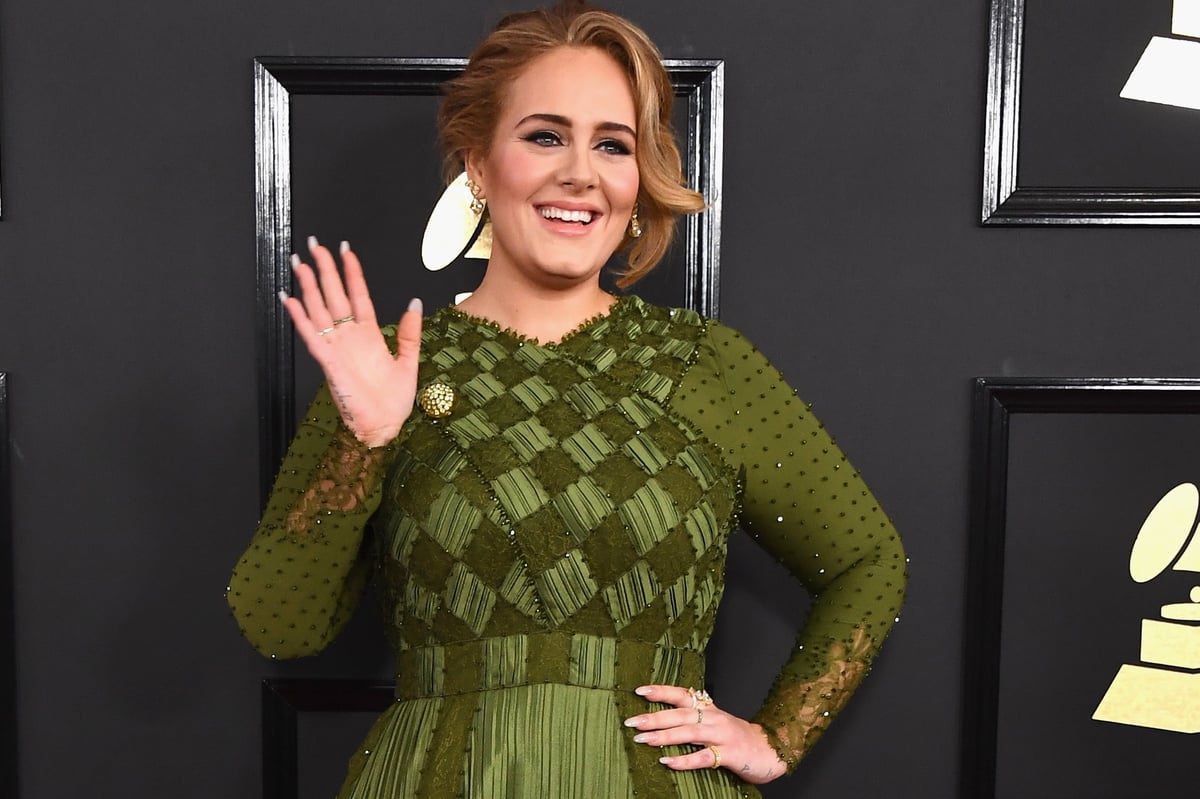 Adele's father Mark Evans and her mother Penny Adkins split when she was three.

They maintained contact for years, but as Adele's stardom grew, Mark gave an interview to the media in 2011 against her wishes. He told The Sun he'd been a "rotten father" during three years battling with alcohol addiction.

In 2012, he suggested problems in her private life, featured in her lyrics, could stem from him leaving her mother when she was young.

Adele responded in an interview with Vogue: "He's f***ing blown it. He will never hear from me again. Because there is nothing that would upset me more than my dad being bribed by the press," she said.

"It makes me angry! To come back after 10 years and be like, 'Maybe her problem with men comes down to me.' It's like, 'f*** off! How dare you comment on my life?... 'I love her so much.' Really? Why are you telling me that through a newspaper? If I ever see him, I will spit in his face."

Mark once again spoke to media about their relationship in 2015, saying they'd made up after a "misunderstanding".

Adele's Grammy speech made it clear she felt differently.

In May 2021, Mark died of colon cancer, still estranged from his daughter.

In November 2020, Matthew McConaughey and his mother Kay gave a joint-interview on Jada Pinkett Smith's Red Table Talk about their eight-year estrangement. 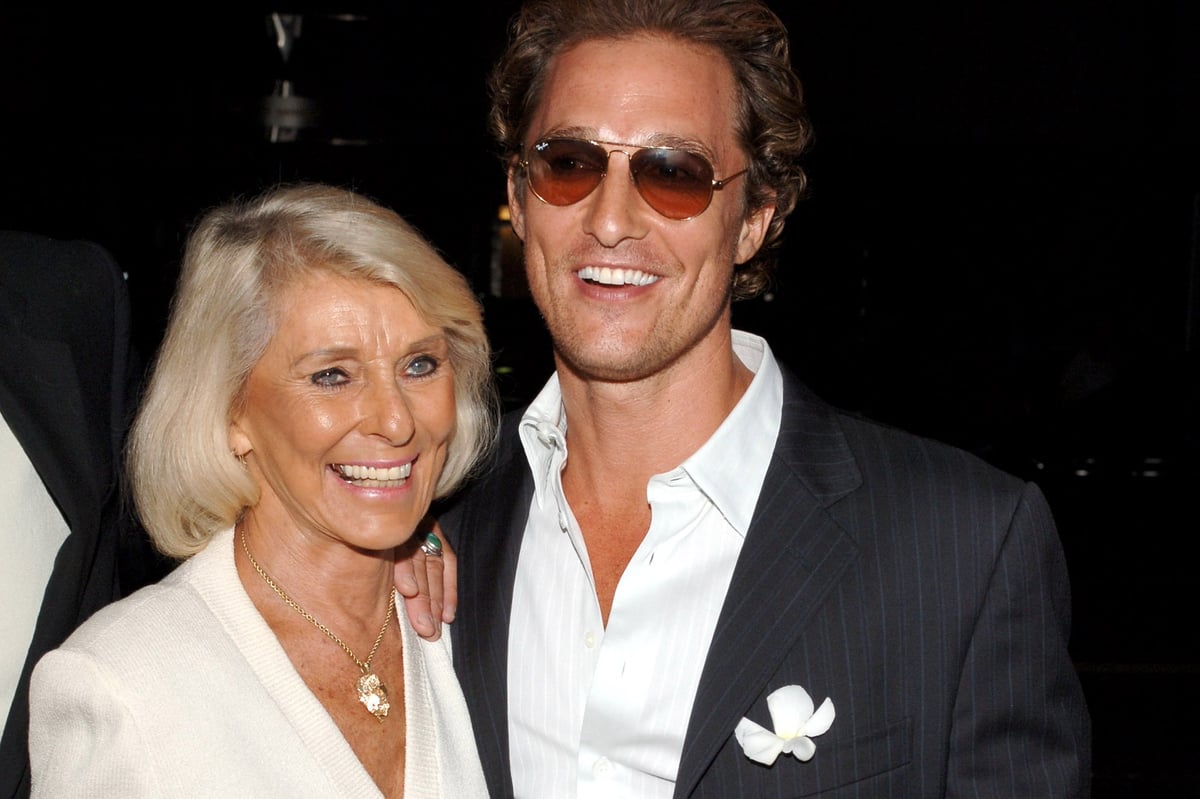 They cut off contact after McConaughey's career took off because his mother would often share private family stories with the media.

"I was trying to find my own balance with fame and stuff. And I would share things with her... some of those things I would share might show up in the six o'clock news three days later," he recalled.

He remembered watching a segment of tabloid news show Hard Copy, where his mother showed the cameras his childhood bedroom and told stories of him growing up.

After that, he said he "was not able to talk to her as my mum for about eight years".

Over time, Kay learned to respect her son's boundaries, and they repaired their relationship in 2004.

Kay told Red Table Talk she had been "enjoying his fame more than he was, I guess".

Rihanna has been open about growing up in a household with her father, Ronald Fenty, who she claimed was violent and had addiction issues.

They have maintained a relationship, albeit a rocky one, and Rihanna paid for her father's treatment in 2013.

In 2009, after Rihanna was assaulted by Chris Brown, her dad sold news about the incident to the media. 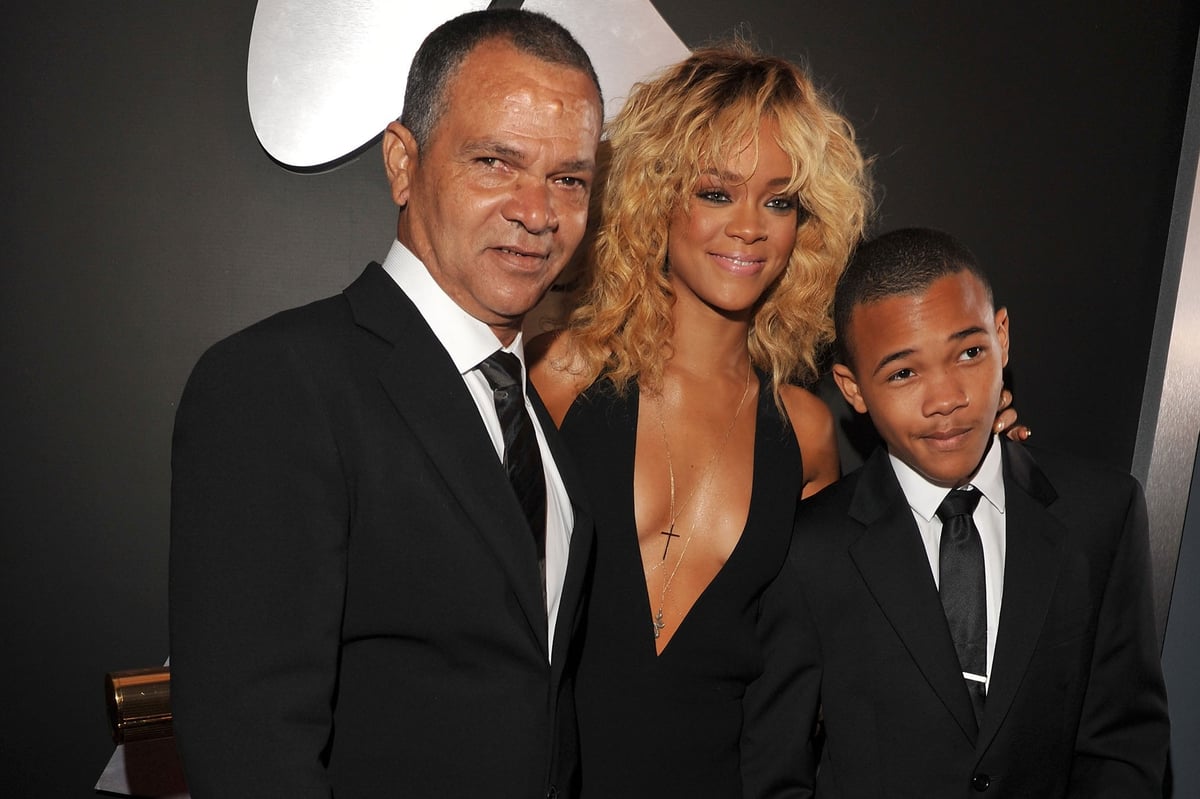 In the April 2011 print edition of Vogue, Rihanna spoke about the betrayal.

She said she didn't expect her father to ever do that.

"Like, what do I even mean to him? It's really strange. That's the only word I can think of to describe it, because you grow up with your father, you know him, you are a part of him, for goodness sakes!

"And then he does something so bizarre that I can't begin to wrap my mind around it. You hear the horror stories about people going behind people's backs and doing strange things, but you always think, 'Not my family. My father would never do that to me.'"

In 2019, Rihanna filed a lawsuit against her father in a dispute over the use of the Fenty name.

Fenty is the name she uses for her non-musical ventures, such as her cosmetics and lingerie lines.

Robert Fenty also used the name in his company Fenty Entertainment, which Rihanna argued in the lawsuit had misled the public and damaged her brand.

The lawsuit stated her dad and another man "have egregiously and fraudulently misrepresented to third parties and the public that their company… is affiliated with Rihanna, and has the authority to act on her behalf," and argued Fenty Entertainment attempted to book a 15-date Rihanna tour in South America, plus concerts in Los Angeles and Las Vegas, without her permission.

Justin Bieber's mum Pattie Mallette was his primary caregiver growing up. At the beginning of his career, she often appeared in interviews as a proud, softly spoken parent. 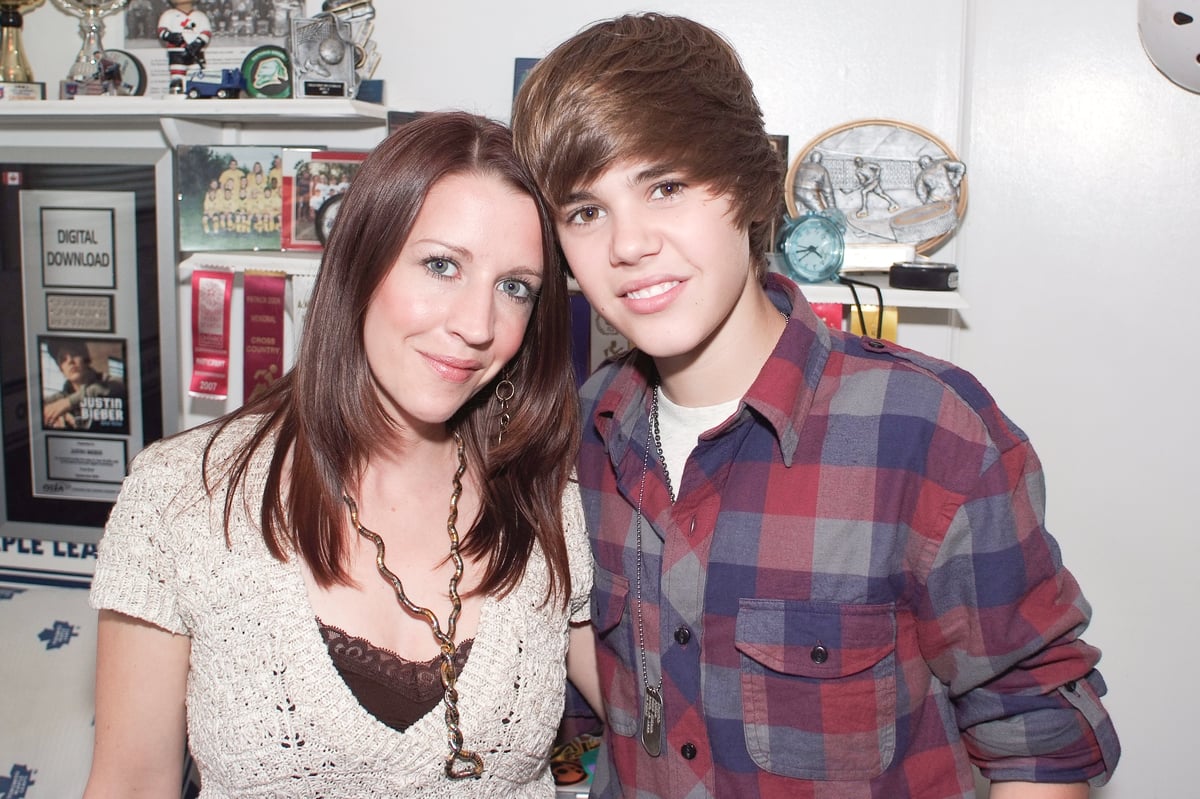 But she and her son 'hit a rough patch' around 2014, while Bieber was going through a tumultuous time in his life.

In 2015, he said this was because he was embarrassed by his actions during that time, which resulted in a few mugshots and a lot of tut-tutting in tabloid media.

"I was distant because I was ashamed," he told Billboard.

"I never wanted my mum to be disappointed in me and I knew she was. We spent some time not talking, so it takes time to rebuild that trust." 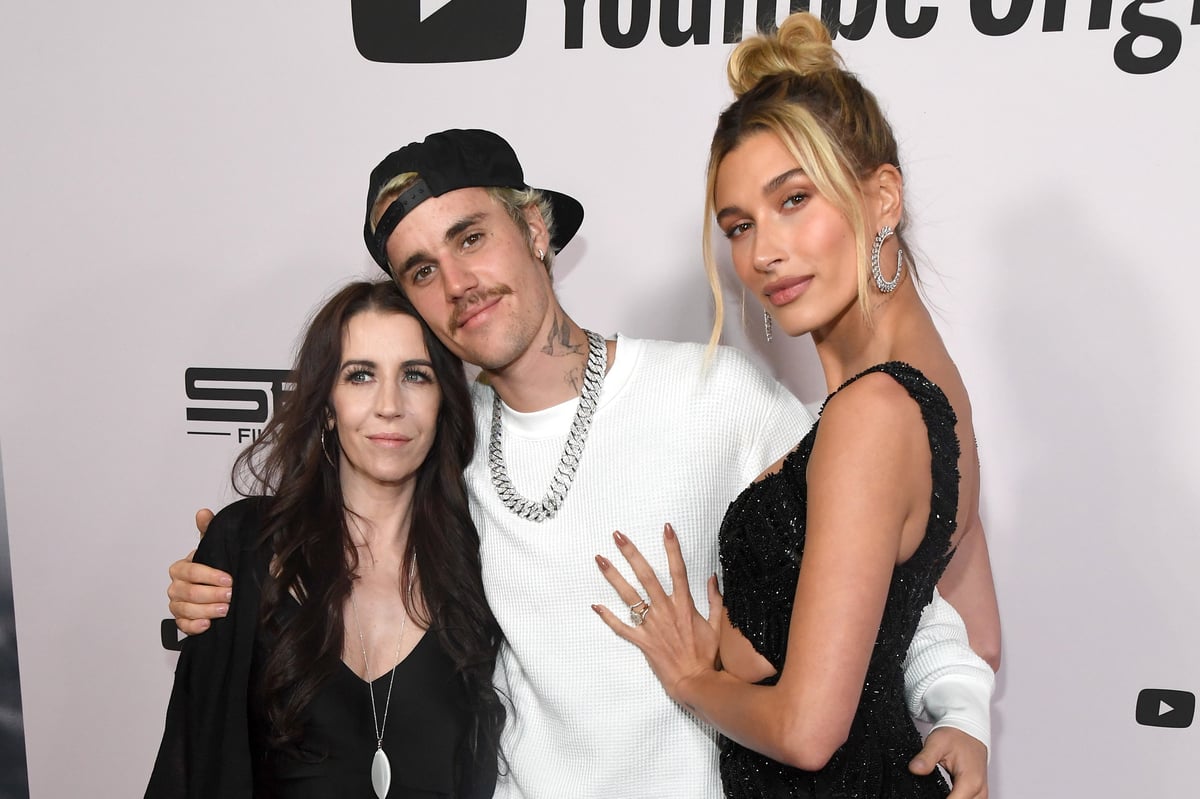 Mallette lives in Hawaii, which meant Bieber didn't see her as often as he'd like. He told GQ in 2016 he was "a lot closer to my dad than I am to my mum", a 'switch' from when he was a child.

LeAnn Rimes' parents split up a year after she sky-rocketed to fame with her single 'Blue' in 1996, when she was only 13. 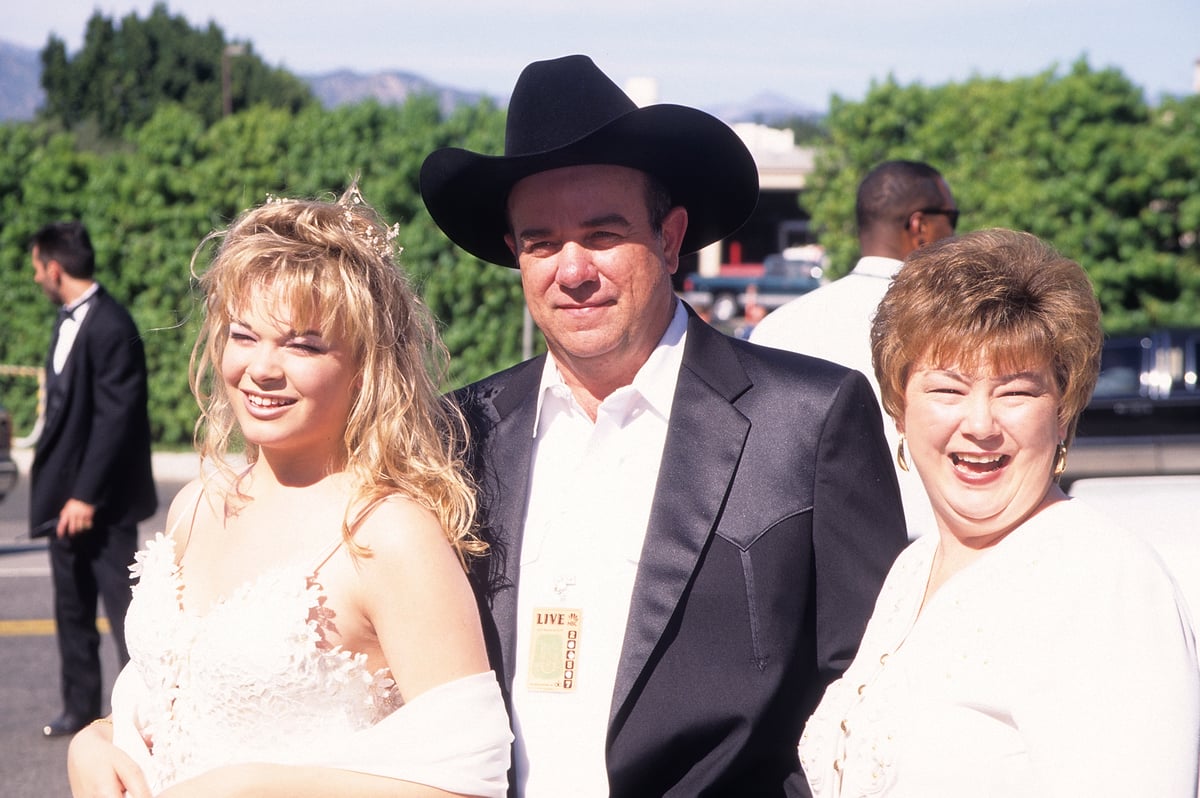 At 16, Rimes filed a lawsuit against her father and former manager, claiming they had taken US$7 million of her earnings.

Her dad, Wilbur Rimes, filed a countersuit, noting what he thought was her overspending.

"I was being called a spoiled brat by some people," Rimes said. "But, you know, people don't know me."

In 2002, Rimes's lawsuit with her father was "settled on undisclosed terms." They reconciled in time for her 2002 wedding to first husband Dean Sheremet.

"I've never hated my dad. I just wanted a dad. I guess I just really disliked where he was in my life. I just wanted him to be my father," she said in 2006.

Angelina Jolie's family drama with actor father Jon Voight became very public in the early 2000s, but it began back in the 1970s when Voight and Jolie's mother Marcheline Bertrand separated.

She was less than a year old, and has said from then on their time together was irregular and often took place in front of the press. 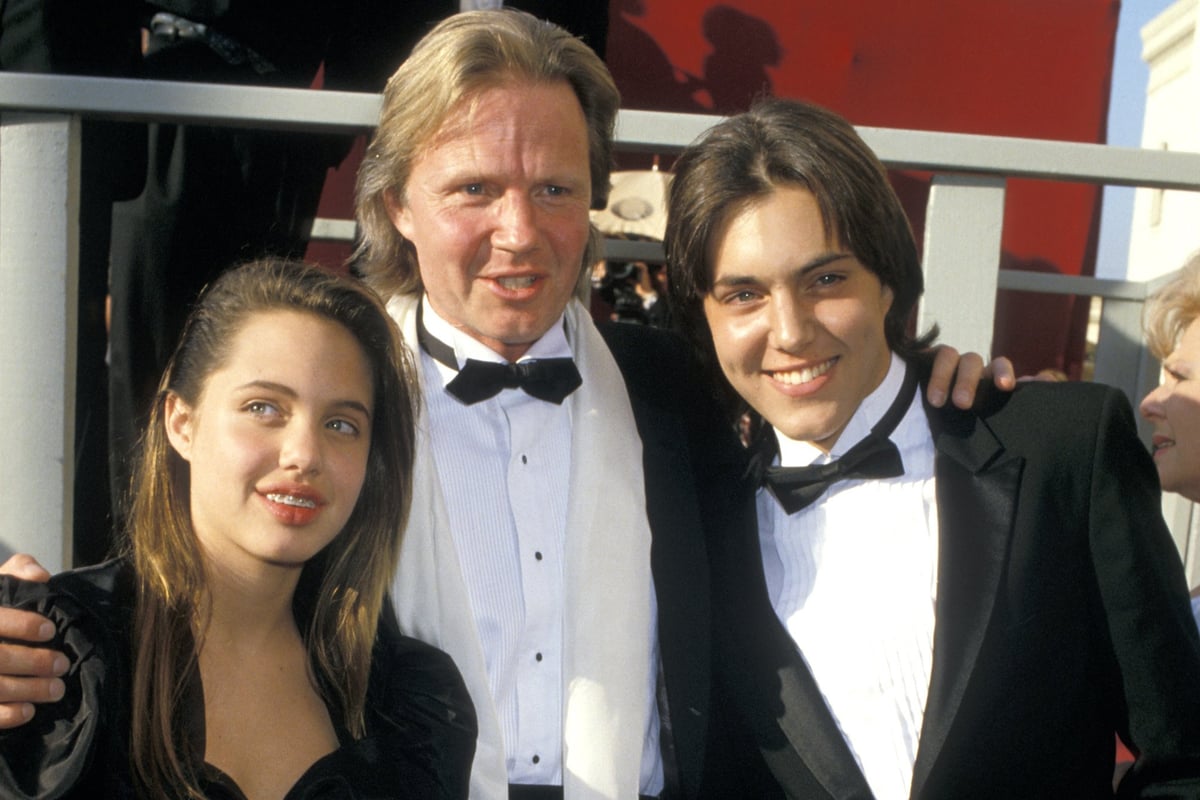 They reconciled and starred in 2001's Lara Croft: Tomb Raider together, but by 2002 things had deteriorated again.

She petitioned the court to legally remove Voight as her surname in favour of her middle name, Jolie, which she'd long been using as her stage name, anyway.

In response, Jolie issued a statement saying she and her brother "would have loved to have had a warm and loving relationship with our dad".

She said "It is not healthy for me to be around my father, especially now that I am responsible for my own child," referencing adopted son Maddox.

They did not speak for six and a half years, only rebuilding a relationship after Bertrand's death in 2007.

In the 1990s, Macaulay Culkin was the biggest child star in the world.

After the major success of Home Alone, Culkin's father Kit Culkin quit his job to oversee his son's career, alongside his partner Patricia. The then-couple took 15 per cent of their son's earnings. 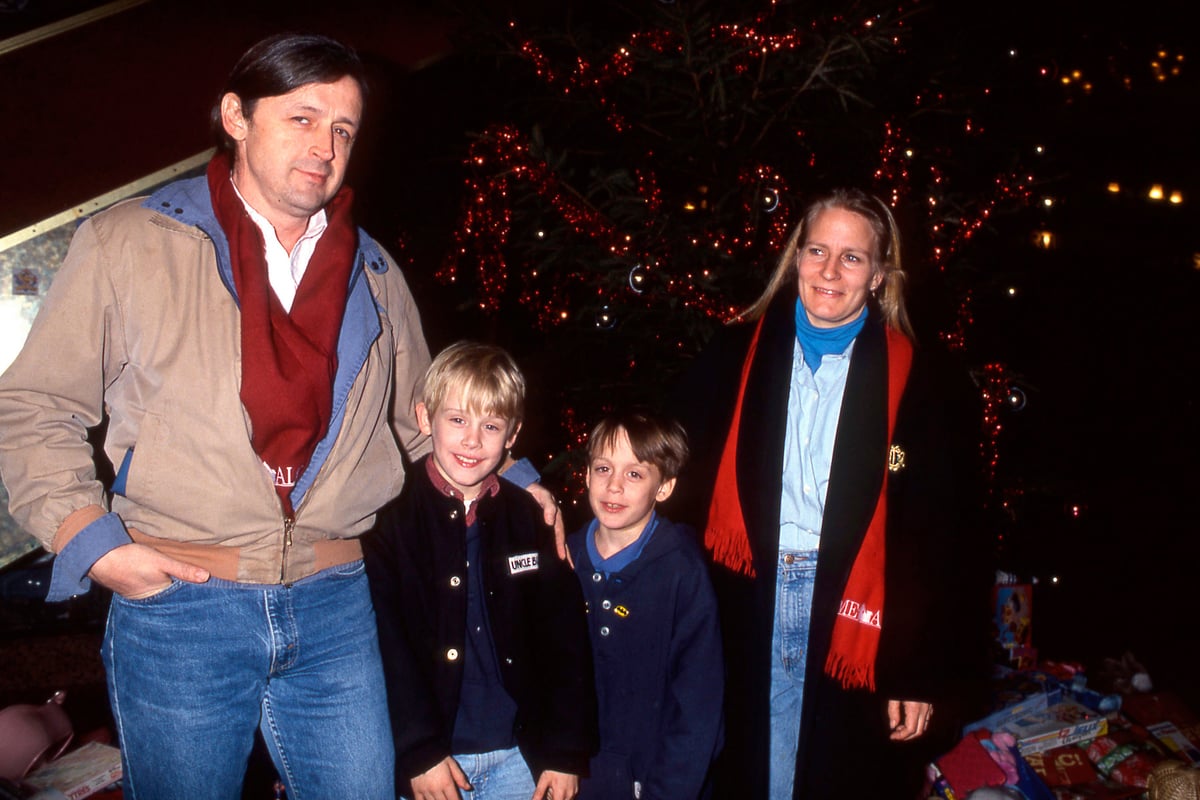 As an adult, Culkin has recalled feeling overworked during this time. He had made 15 films in seven years.

"I just remember the exact point when I was growing a little more tired - during The Good Son. I had already done one or two things that year, and I just said to Kit, 'Listen, I'm really getting tired and I'm not at school as much as I'd like to be; I really need some time off,'" he recalled to New York Magazine.

"He said, 'Yeah, sure,' and the next thing I knew I was on the next set doing the next thing, and it just kind of clicked in my brain: Okay. There's basically nothing I can do to make this stop."

By 1994, his parents split up and his acting career and fortune became a point of contention during their breakup.

So, the then-15-year-old Culkin sued his parents to remove them as legal guardians in control of his money. The family’s accountant was put in charge of his finances until he turned 18.

In 2018, Culkin told Marc Maron's WTF podcast his father was "physically and mentally" abusive and that he was "jealous" of what his son had achieved at such a young age.

"Everything that he tried to do in his life, like, I excelled at before I was 10 years old."

The experience with his parents actually led Culkin to quit acting altogether for years.

Now 40, Culkin told Maron he hadn't spoken to his father "in about a quarter of a century," adding "it's the way it has to be".

Meghan Markle's estrangement from her father Thomas Markle and half-siblings, including Samantha Markle, is perhaps the most publicised case in recent years, largely due to her father and sister's rehashing of their relationship in the media.

Markle and her dad were close during her childhood, but the relationship went downhill following her engagement to Prince Harry.

He was invited to the 2018 wedding, but beforehand staged paparazzi photos of himself to sell to tabloids. He missed the wedding, and instead she was walked down the aisle by Prince Charles. 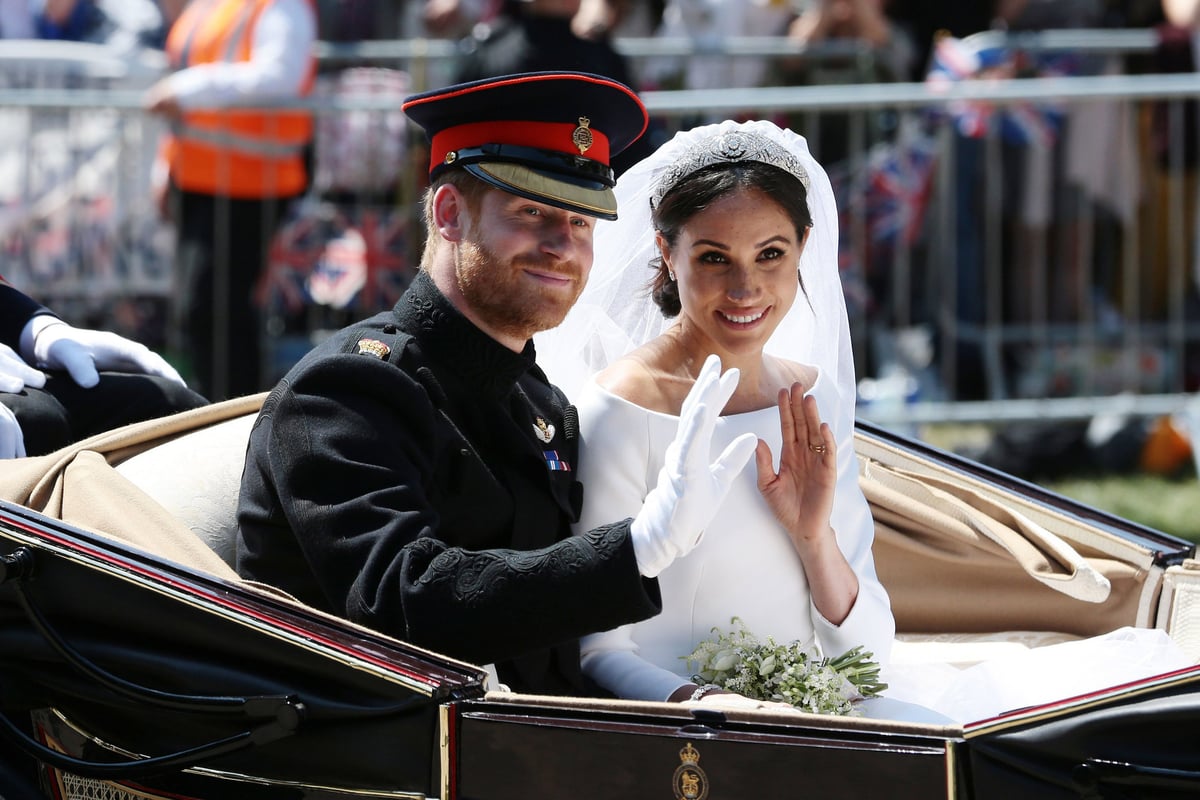 Ever since, Thomas has spoken about his daughter in the press.

In 2019, he allowed the Mail on Sunday to publish extracts of a letter Markle had written him that said he had broken her heart "into a million pieces".

The Duchess of Sussex sued the publication, accusing it of copyright infringement and misuse of private information.