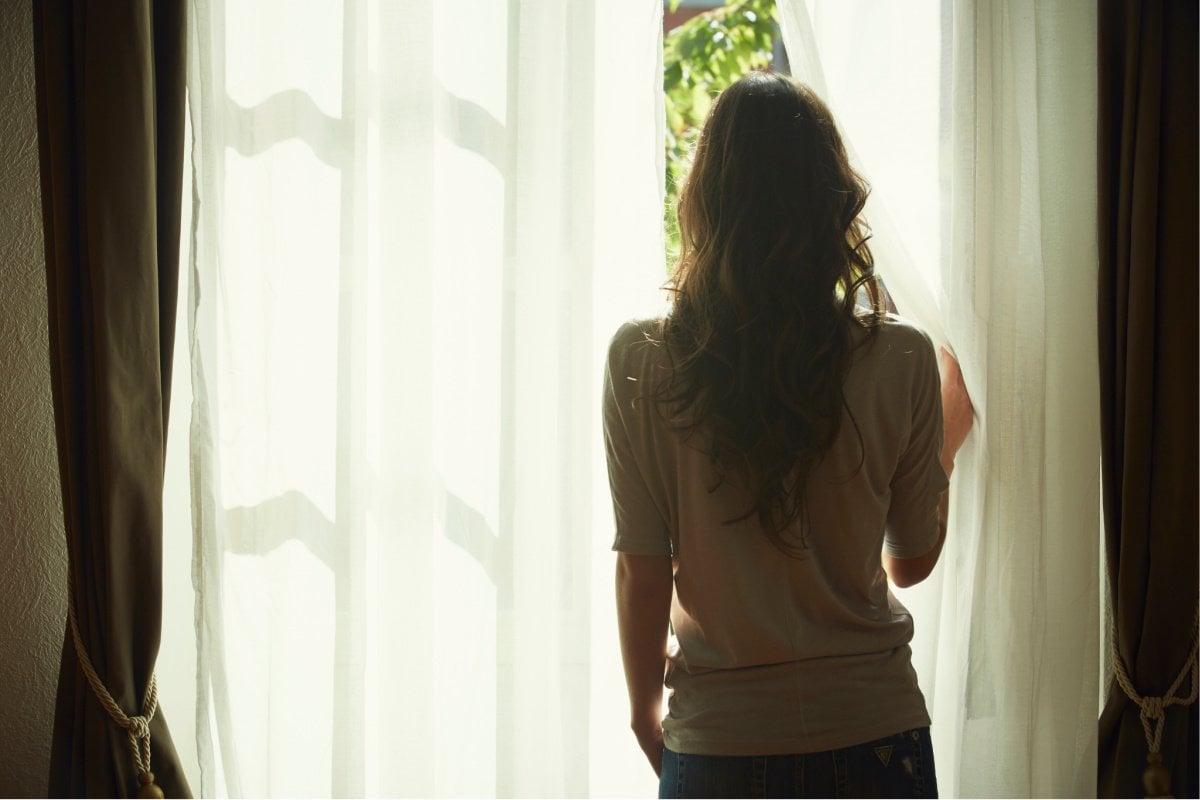 This is the story of the night I found out the truth. Or maybe the truth came earlier. No one ever knows where a web begins and ends.

Vodka. Lemon. Smooth. Sour. The laughter and drinks flowed at our local bar. I teased my single girlfriend that she needed to actually read the dating profiles on Bumble to find a good guy.

“You are going to get carpal tunnel from swiping so fast,” I warned.

I grabbed her phone and started to go through her available matches.

“Oh look, this one can make a souffle. You need a man who can do magic with egg whites…”

And so it went. Match after match. I swiped and swiped. And then… one available bachelor made me stop. My face turned as ashen as a dead tree stump. There he was.

My boyfriend on Bumble.

J. Edgar’s* profile read he was looking for someone “who didn’t take themselves too seriously.” I guess I had not taken all those white light moments seriously enough.

And there were many. Too many.

To start, J. Edgar accused me of cheating over and over again. (I had not.) He demanded I announce on Facebook that I had a boyfriend but then hid that he had not done the same. (He changed his relationship status to “in a relationship” but set it so only I could see it. I hope I am not giving cheaters ideas…)

He demanded I block a male friend because he felt intimidated by our friendship. (But he was allowed all the close girlfriends he wanted.) Oh yes, and he went through my phone on at least three occasions. After the third time, I asked to see his phone. He refused.

Like most cheaters, hypocrisy became the centre of our web.

But when most people catch their significant other on a dating app, the typical reaction is hurt, anger, and confusion. And then the showdown follows where you confront the person. And so the web unravels.

So I did something far more Machiavellian and sinister. Something I am not proud of.

I re-activated my Bumble account. I knew he was already in my old match queue. When you match with someone on Bumble that person stays in your match queue until you either swipe left or right on them. I had done neither. And unless that match has disabled location services, Bumble tracks their location.

Yep. That’s right. I had a GPS tracker on my boyfriend from that moment onward.

Bumble’s GPS tracking is surprisingly accurate too. Your match just has to have the app open in the background and their phone on them. And then it will continually update that person’s location.

There were nights when J. Edgar was driving to my house, and I knew exactly where he was and when he pulled into my driveway. My pocket private detective gave me up-to-date tracking on his every move.

So over the following weeks, I collected data. I would casually ask J. Edgar where he was that day and then listen to the lies spew out of his mouth.

I basically Bob Woodwarded my relationship. I let enough bodies pile up before revealing I knew the truth.

I know what you are probably thinking. Why didn’t I just confront him? But anyone who has suffered through a partner gaslighting them will understand how crazy it makes you. You see lights flickering, and the person keeps denying your reality.

But it’s more than that. Sometimes it is easier to accept their version of reality. Like a spider injecting neurotoxins, denial paralyses you.

But then I found the nail to our denial coffin.

J. Edgar had to go to a memorial service, after his friend passed away. I thought there is no way in hell that he will use his dead friend as an alibi. He had shed fat tears for that friend. This was sacred ground.

But people show you where they stand in life with the right GPS coordinates. My pocket detective tracked him to a location that was miles away from the memorial service.

And that’s when it was time to pull down this cliche web of lies. I sent J. Edgar a text that night. It read:

Yes, I was playing with my food. Yes, maybe a part of me wanted him to suffer. And yes, perhaps a part of me wanted to suffer too. But here’s the odd thing. When I finally confronted him, I was far more hurt by him trying to cover up his cheating than the actual cheating.

He told me he'd had to stop off somewhere on the way to the memorial, hence his location.

In a sick and twisted way, I thought having incontrovertible proof would make me accept betrayal more. But poking at a corpse doesn’t always make you understand how someone has died.

J. Edgar did finally admit the truth, and I tried to forgive him. Over the following month, I struggled with the consequences of repairing our relationship until I eventually left for good.

But I learned a powerful lesson about infidelity from this embarrassing story. I knew he was cheating all along. I didn’t need GPS coordinates to know where we stood.

If you suspect your partner is cheating, you can hire a private investigator, go through personal items, or snoop into their social media accounts.

But not trusting your partner is like taking a bite from a wormy apple. Once suspicion slithers out, you know the core is rotten.

Don’t do what I did. If you have any mistrust, meet it head-on and confront your partner. Because once that seed of doubt is planted, it will grow into a devil’s snare. And the lies you tell yourself will be what really entraps you.

M
marianaapplegate a year ago

Reply
Upvote
I believe It’s better way off to see what has been hidden from someone in a relationship, no one would want if he or she is been cheated on, for this reason taking a few extra steps in getting what would serve as a proof for leaving a toxic relationship isn’t a bad idea, is it?
M
marianaapplegate a year ago